The Irish have come a long way since the potato famine. While traversing the countryside, Samantha Kodila discovers local producers leading a farm-to-table food renaissance.

Start off with the front and roll it back – once you’ve got 100 rolls done you’ll be a professional,” says Will, as I ease back the canary yellow butter from a wooden paddle. It’s soft and yielding as I turn it over and over until it resembles a fluffy Swiss roll, ready to be set in the fridge before being wrapped in greaseproof paper and sent to gourmet food shops. I have to say, I’m pretty proud of my creation. I admire it for a moment then it is dumped back into the large bowl of churned cream and I hand the paddles to the next volunteer.

I’m at the headquarters of Abernethy Butter, set on a beautiful hillside in Northern Ireland’s County Down. It’s April and sunshine bathes the green valleys in a warmth not usually felt here at this time of year.

Northern Ireland was not always so lush. During the Great Famine between 1845 and 1852, a crop disease laid waste to the humble potato, causing mass starvation and forcing more than a million Irish to emigrate. The notion of eating for pleasure was as foreign as a fruitful crop. But the land that once offered little now thrives, and farmers and chefs are forgoing industrial production for traditional methods and inspiring home cooking.

For buttermakers Will and Alison Abernethy, what started as a hobby took on a life of its own. Their demonstrations at a local market inspired frenzied queues and word spread quickly. Not long after, they were discovered by Heston Blumenthal. Their award-winning butter is now served at his Michelin-starred restaurant the Fat Duck, and sold at fancy London grocer Fortnum & Mason, as well as speciality stores across Ireland and the UK. What makes their product so special is, unlike mass-produced spreads, Abernethy Butter is made by hand.

“There are only three ingredients in our butters – cream, salt and lots of love,” says Will as he pours cream into a churn. As he turns the lever by hand, the liquid separates into fluffy butter and buttermilk. The butter is then scooped out and washed in a bowl until the water runs clear. This keeps it fresh. With a pinch or two of salt added, it’s then shaped with wooden paddles, set and packaged.

“Some say it’s therapeutic, like being back at school and playing with Play-Doh,” says Will as he slaps the butter between the paddles before rolling it into its unique shape. “But when you’ve done six or 700 that day, it’s not so therapeutic,” he chuckles. While tedium might rear its head, the taste makes the effort worth it.

On the other side of the country in County Fermanagh, butcher Pat O’Doherty is also defying the status quo. His shop, O’Doherty’s Fine Meats in Enniskillen, offers an array of products, but his black bacon is revered for its incredible flavour and humane production. An environmentalist at heart, Pat believes one of the biggest challenges of his profession is finding ethical ways to ply his trade, so he purchased Inishcorkish Island, a small woodland isle in Upper Lough Erne, where his herd of pigs has free rein. Seeing photographs of them foraging for roots in the long grass, it’s easy to see why these plump animals are referred to as ‘happy’ pigs.

“The ethical idea is to give something back to the pigs,” says Pat. “Letting them live to create their own culture in the wild.”

It’s a refreshing stance in an industry that’s consistently scrutinised for poor treatment of animals and the use of additives. Pat employs traditional techniques to ensure his black bacon is free from nitrates, the chemicals used to infuse colour and prolong shelf life but that are also thought to be carcinogenic. “Whenever you eat bacon – normal bacon or a piece of hot ham – you’re exposing yourself to risk. That’s why we create nitrate-free bacon.” His methods are working. Having won numerous awards, demand for his meat has gone worldwide, and the passage of customers through his shop is a testament to its success.

No one is leading the charge in the farm-to-table revolution with more enthusiasm than Noel McMeel. As executive chef of Catalina Restaurant at Lough Erne Resort, Noel’s philosophy involves finding and serving the best local, seasonal ingredients. Having trained at some of the world’s finest cookery schools, his skills and his resume are impressive – he’s cooked for the who’s who, including Barack Obama and the Queen, and catered Paul McCartney’s wedding. But Noel remains true to his roots, attributing his passion for food to his childhood spent enjoying his mother’s cooking.

As I sit down to a candlelit dinner, I’m ready for a gastronomic experience. The soda bread is infused with quirky flavours like treacle and curry. There’s artful pork terrine, a selection from O’Doherty’s Fine Meats, and a dessert of the light-as-air blueberry soufflé.

The next morning Noel gives us a lesson on breakfast. “I love simple flavours,” he says as he sprinkles sea salt over mushrooms. “Taking great ingredients, cooking as little as possible but with great skill.” It’s invigorating to witness this simplicity in action as he spreads handfuls of shredded ham and black pudding on each mushroom, then cracks a duck egg in the centre, before haphazardly tossing cheese over the top.

Having grown up on a small farm in Toomebridge, Noel is passionate about championing local producers. “I went with: what is tradition in this area? We should all be serving unsalted butter, but I do the opposite – if somebody local is doing country butter I really want to show them off. Or ice-cream. I always made ice-cream, but then I stopped because I got somebody who can make it better than I can. It’s just superb.”

A tantalising smell permeates the room as the baked mushrooms are retrieved from the oven. The steaming mess seems out of place in a five-star restaurant, but when I take a bite, it’s the perfect fusion of flavours. Warm yolk floods my mouth, coursing over the firm salty mushroom, soft black pudding and melted cheddar. I’m so wrapped up in the richness I forget its appearance and, momentarily, my own name. With flavours like this, it’s clear there’s an Irish food renaissance and I, for one, welcome it with relish.

METHOD
Preheat the oven to 180ºC/160ºC fan forced. Wipe the mushrooms and place on a lined baking tray. Sprinkle with sea salt and a dash of oil, followed by ham, black pudding and onion. Crack a duck egg over the top of each mushroom then sprinkle with cheese. Place in the oven for 10 minutes. Cut in half and serve.

Noel McMeel’s cookbook The Irish Pantry: Traditional Breads, Preserves and Goodies to Feed the Ones You Love is available from Amazon. 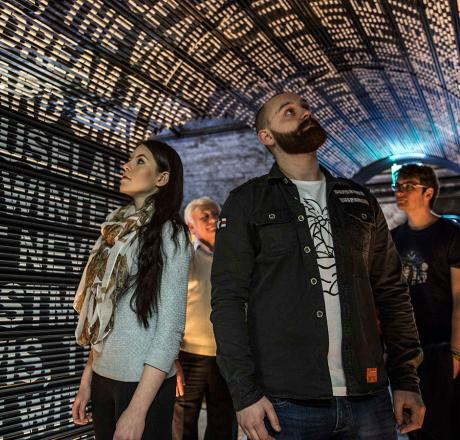 do
Is this...
Is this Ireland's coolest museum?
DUBLIN, IRELAND

Sometimes, the thought of visiting yet another dry museum...

Sometimes, the thought of visiting yet another dry museum makes us want to pluck at our... 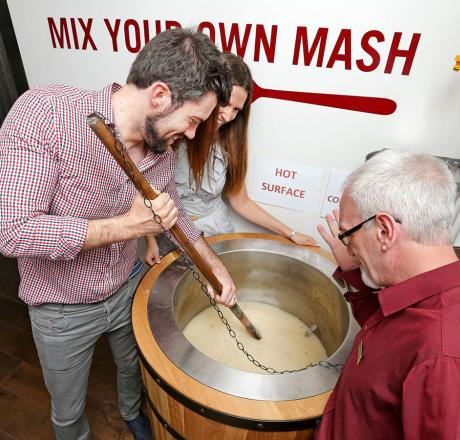 Beer, holograms and history – these are the ingredients that...

Beer, holograms and history – these are the ingredients that make the Smithwick’s... 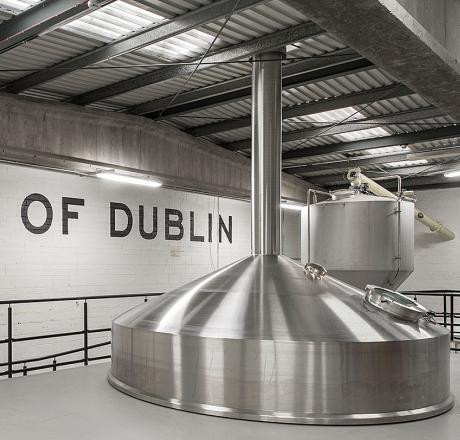 drink
A taste of...
A taste of Teeling
DUBLIN, IRELAND

Located in Dublin City Centre, in the historic Liberties, the...

Located in Dublin City Centre, in the historic Liberties, the Teeling Whiskey Co is the... 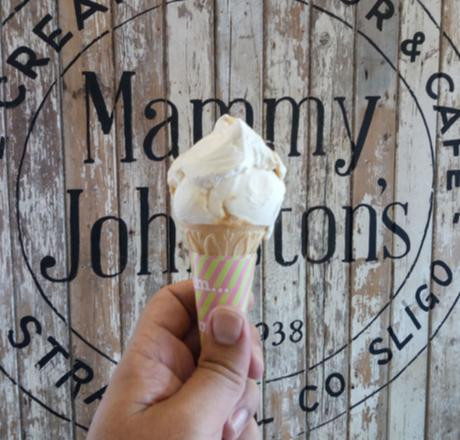 You might not think you’d discover a real gourmet treat in...

You might not think you’d discover a real gourmet treat in a tiny Irish beach town,... 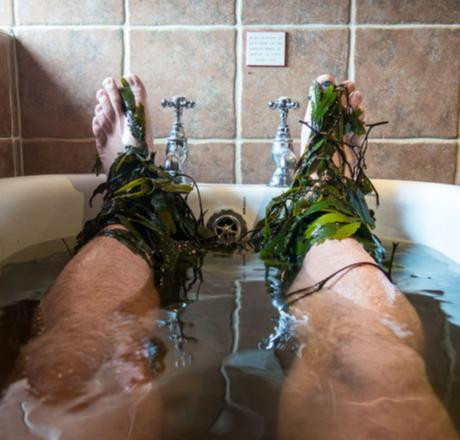 Let the powers of the wild Atlantic Ocean soothe your muscles...

Let the powers of the wild Atlantic Ocean soothe your muscles with this special treatment... 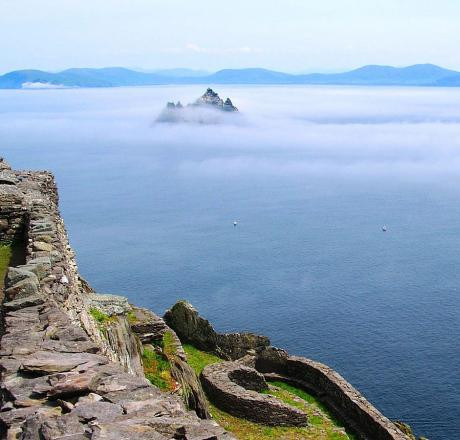 Star Wars: The Force Awakens may be set in a galaxy far far...

Star Wars: The Force Awakens may be set in a galaxy far far away, but you don’t need a... 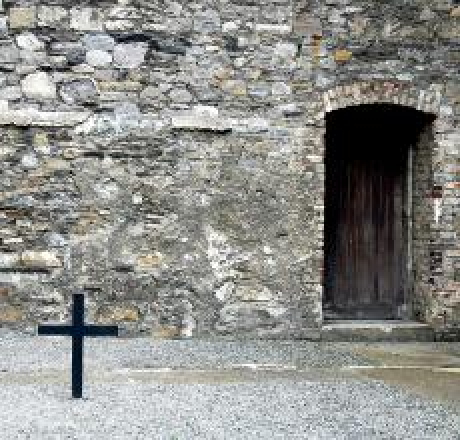 Dublin’s draconian-looking lockup, built in 1796 and complete with its own... 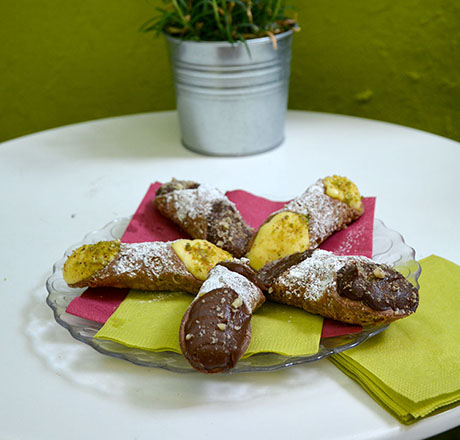 Bet you didn’t know Ireland has cracking cuisine. With a population of just... 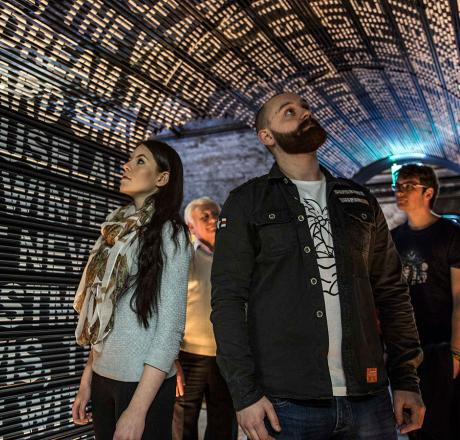 do
Is this...
Is this Ireland's coolest museum?
DUBLIN, IRELAND

Sometimes, the thought of visiting yet another dry museum makes us want to...

Sometimes, the thought of visiting yet another dry museum makes us want to pluck at our... 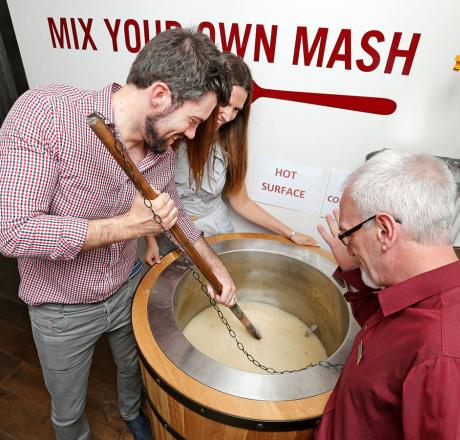 Beer, holograms and history – these are the ingredients that make the...

Beer, holograms and history – these are the ingredients that make the Smithwick’s...

Error, group does not exist! Check your syntax! (ID: 9)