Europe Northern Ireland: A Journey Through The Ages; For All Ages

From the thriving cosmopolitan corners of  Belfast, to historic Derry-Londonderry and the extraordinary landscapes in between and surrounding, Northern Ireland is an extraordinary place with an undeniable spirit.

The cities punch well above their weight from both a historic and cultural perspective and like a delicious cocktail, County Antrim and the wider region is the perfect sum of all its parts. The best part? Proximity and the short driving distances mean that tourists can taste just about everything during a short visit.

There are epic road trips right along the Causeway Coastal Route, some of the best golfing opportunities on the planet, the chance to sit in cosy old pubs once frequented by literary greats of the 19th century and Michelin star restaurants in the heart of a thriving metropolis. 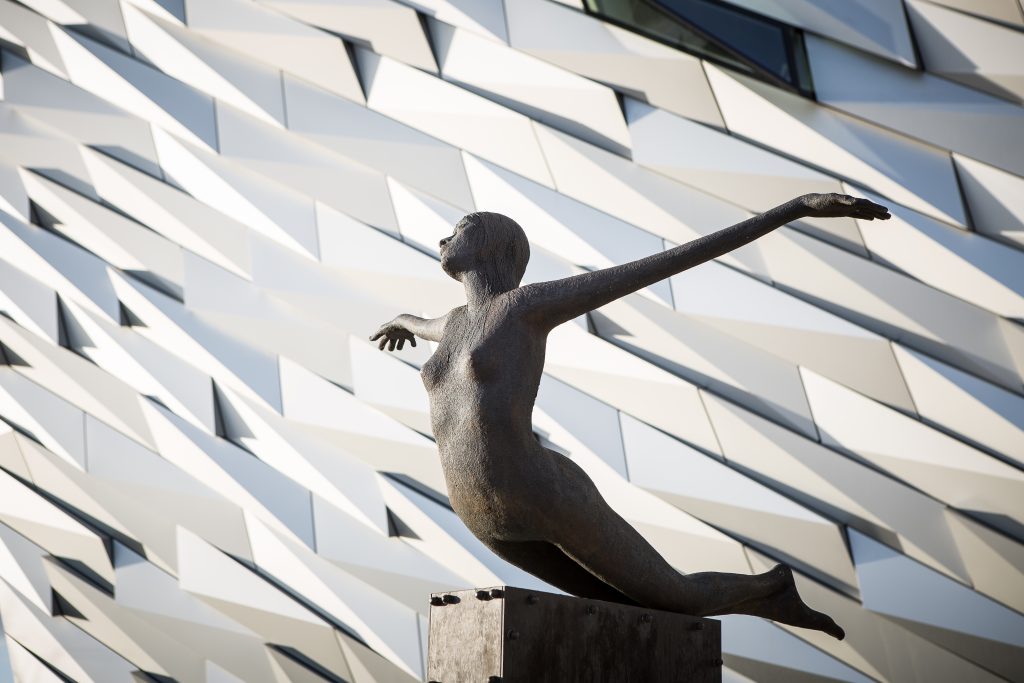 With its Victorian-era charm melded with a modern, young and creative population, the city of Belfast is the perfect launching point for a visit to the region. There are four Michelin star restaurants within the city and the new Santeria is a brand new whiskey-cum-cocktail bar on Fountain Street attracting some of the hippest cats in town.

And whilst it might seem macabre at first, you must steal yourself to listen and absorb the heartbreaking tales of passengers aboard the Titanic that departed the city in 1912. You can’t come to the city without visiting Titanic Belfast, this interactive museum is the perfect ode to the ill-fated Ship of Dreams

The Gobbins Cliff Walk is your next step along the coast and it’s a true journey through time. Clinging like steel matchsticks to the basalt cliffs of the Islandmagee peninsula for over one hundred years, you can walk your way across the series of  bridges and stairways which etched into the rock. Almost instantly you’ll understand the inextricable connection that the Irish have to the wild Atlantic ocean. Close your eyes and remember to breathe in the sea mist.

Legend has it that the famous Robert the Bruce  actually took refuge on Northern Ireland’s only offshore inhabited island, Rathlin, following repeated defeats of his army from the English. It was here that the story of Robert and the Spider was born. It is said that the famed King of Scots had been hiding in a cave on the island when he noticed a small spider attempting to weave a web. The spider tried and failed over and over. Finally, it managed to spin a web and he saw himself reflected in the triumph. With a current population of around 140 people, Rathlin is also home to seals, hares, puffins and razorbills.

Day Out with the Derry Girls

Derry-Londonderry has well and truly worked its way into the modern cultural zeitgeist with the award-winning show Derry Girls. Enjoy an afternoon strolling the streets with a guide to explore different filming locations from the first two seasons, trivia, anecdotes and more. Derry girls is set in the city in the early to mid-90s, well after the historic 17th century walls that surround the city were built, which ensure you are – literally – surrounded by history everywhere you go. 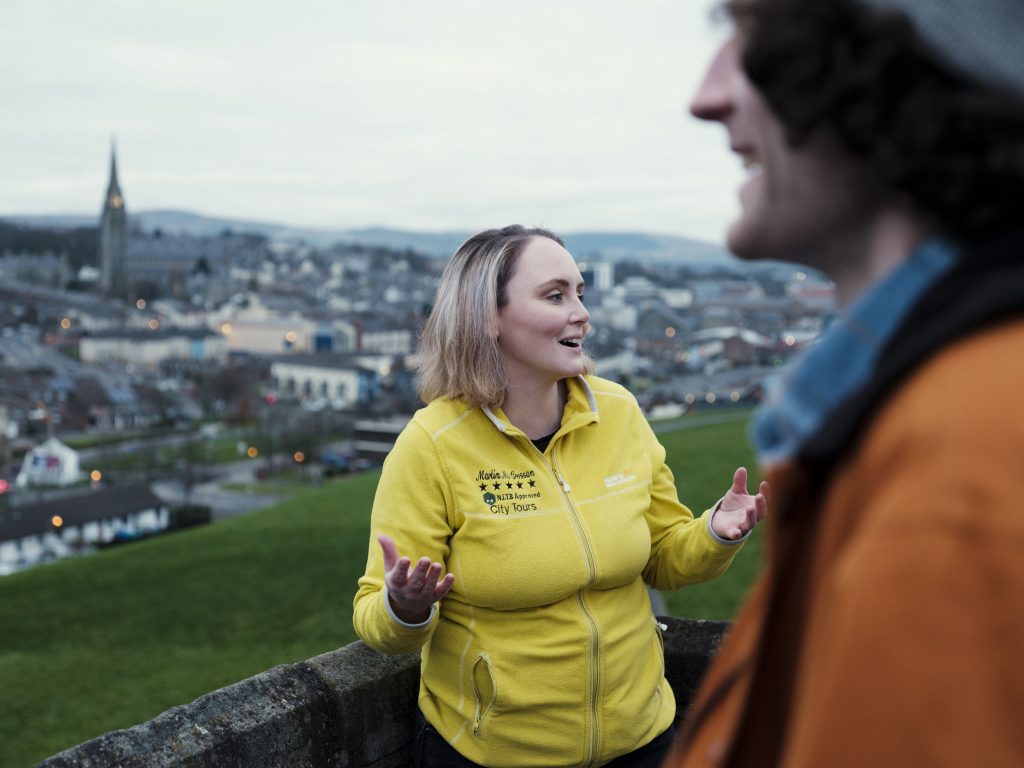 Whiskey with a view

Ireland’s oldest working distillery sits along the coastal route and for anyone that reads get lost travel magazine frequently will know we’re purveyors of a good whiskey.  The Old Bushmills Distillery has been in operation since 1608 (that’s really old!) and the company’s distinctive single malt whiskey is still produced here today. If you’re not keen on a regular tour of the historica copper pot stills, why not try a full afternoon of whiskey tasting instead? 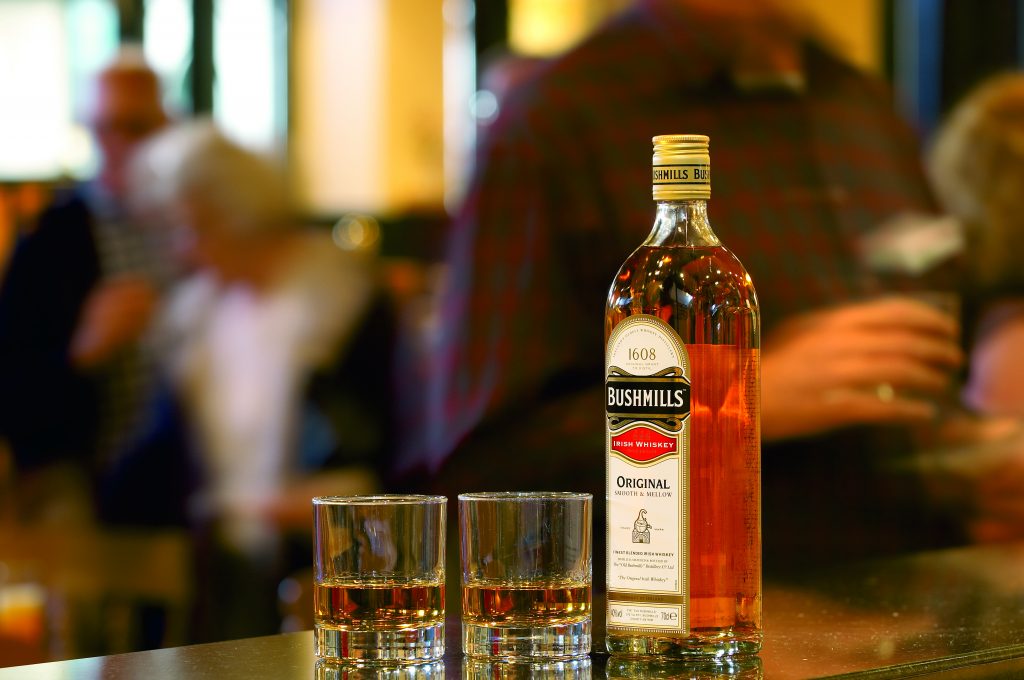 Qatar Airlines are currently flying to Belfast via Hamad Airport in Qatar.