Since before St. Patrick drove all the snakes out of Ireland, it’s been well known that there’s no shortage of good fun to be found in Dublin.

Everyone knows about Irish pubs, and Dubliners have been strumming a fiddle over a pint for as long as anyone can remember. Centuries on, it’s still as good as ever.

Here’s six – of the old and the new – of the best Dublin experiences around.

Alright we’ll admit, swimming is hardly a new activity. But braving the brisk waters of the Irish Sea has experienced a renaissance in recent years.

Forty-foot at Sandy Cove is one of the most popular spots, and while you’ll find it packed on a summer’s day, it’s even busier in the cold and wet on Christmas Day, a recent tradition that’s getting more and more popular by the year.

Phoenix Park is 1750 acres of green fields and gardens to be found only three kilometres from Dublin’s City Centre.  It’s where the President of Ireland resides in the aptly nicknamed Irish White House, as well as the 500-year-old Ashtown Castle.

There’s also sporadic events, and it’s a great place for a walk and a breath of fresh air – you’ll likely see the resident fallow deer loping elegantly across fields of typically green grass. 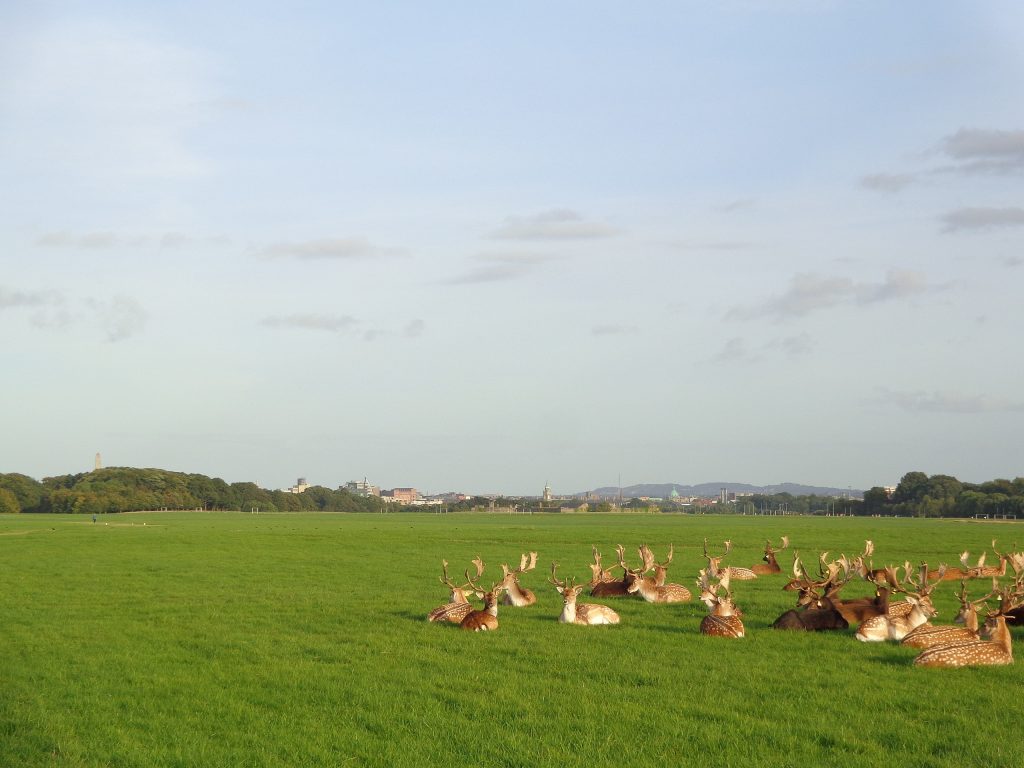 Yet down on the banks of the Grand Canal, you can strap yourself into a wetsuit and get stuck into a surprisingly large variety of watersports along Dublin’s grand old artery that runs from the west of the city, right through the middle into the mighty Irish Sea.

Kayaking, dragon-boating, stand-up paddle boarding and even wakeboarding are all epic adventures to be found here. Do these before you go to the pub. 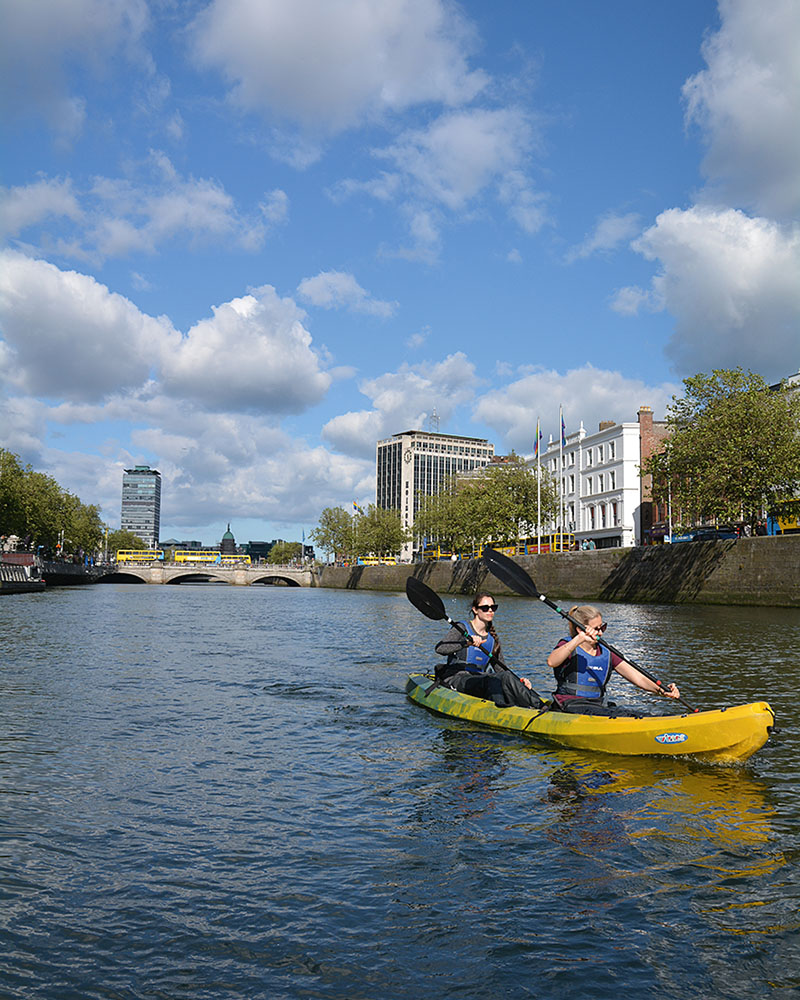 You’d be hard pressed to find anywhere as grand as Trinity College – one of the world’s oldest and most prestigious universities that dates back to 1592. Stroll through the library’s extraordinary history and you’ll also find the original Guinness harp…as in THE Guinness harp.

Down the road you’ll find the Hodges Figgis bookstore, a fairly recent addition by comparison, having only come along in 1768. Grab a book and pretend you’re in a Sally Rooney novel.

Penny pinchers as young as seven got thrown into Kilmainham Gaol back in the day, proving that the constabulary took no prisoners when it came to the rule of the law. Or does that mean they took plenty of prisoners?

The Gaol housed some of the most famous political and military leaders in Irish history. There’s more of a hopeful air nowadays, and it’s become an absolute must-see for visitors to Dublin – especially now and not just because you’re allowed to leave! Find out more about some of the exhibitions held at Kilmainham here. 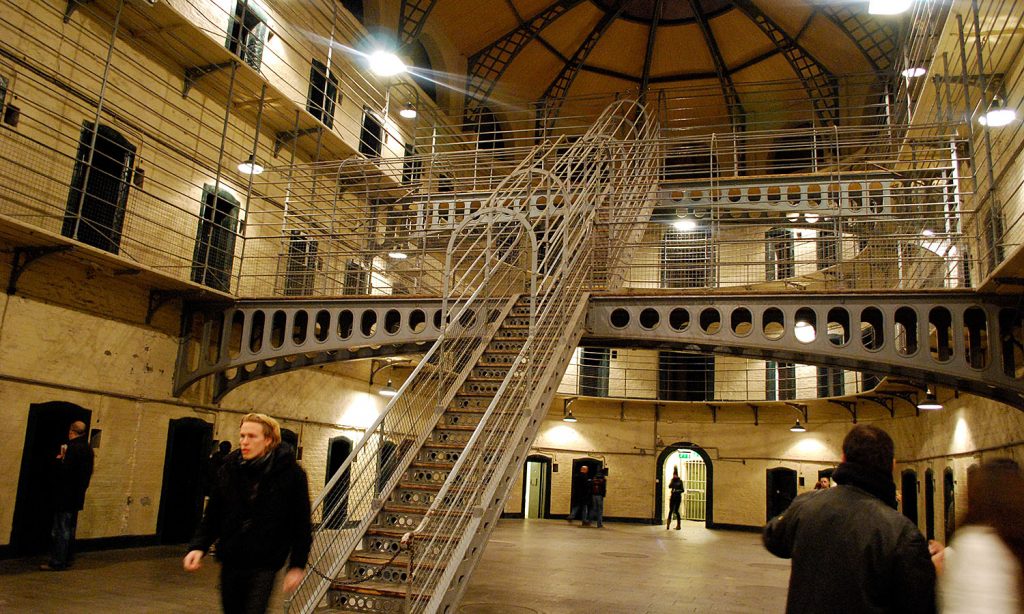 If you’re doing it right, a Dublin session will start with a pint next to a warm fire, and a few tall stories, which get taller and taller as the night wears on.

Soon there’ll be Guinness being passed over heads, music playing and before long you’ll be dancing a proper jig with someone with a hard to pronounce name like Aoife or Oisin, to a catchy old tune you’ve never heard but feel you’ve heard 100 times before.

Temple Bar is the famous, tried and trusted spot, but we recommend O’Donoghues a few streets over. Of course, a bit of a pub crawl is necessary to make sure you don’t miss out on anything. 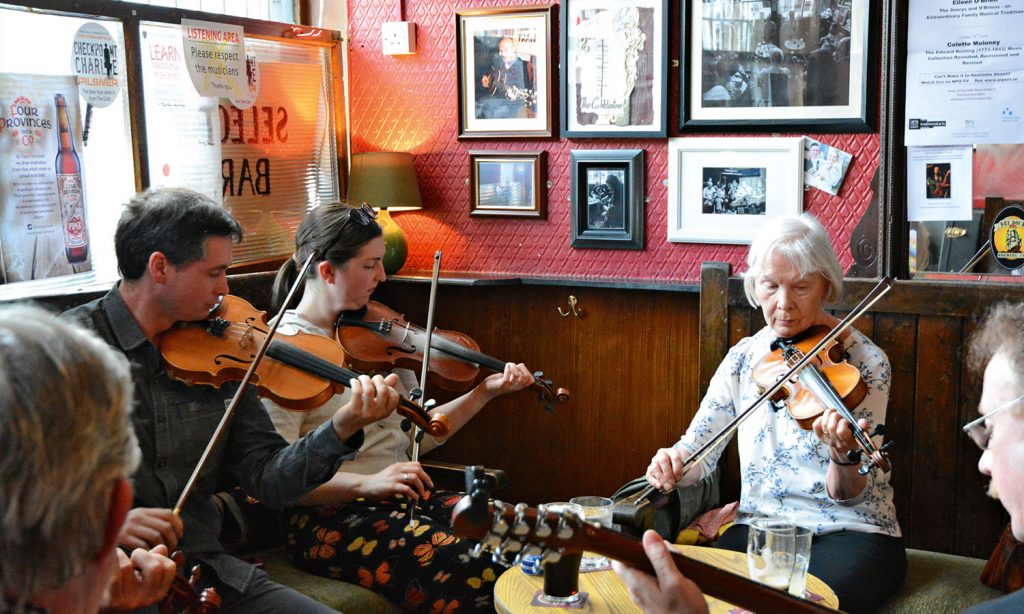 “The older the fiddle the sweeter the tune.”

A bit of the old and a bit of the new – no trip to Dublin is complete without stopping in at The Guinness Factory at St. James’ Gate.

It’s well known that the incredible tour is an absolutely awesome way to spend an afternoon, but what you might not know is that behind a tall, sliding gate around the corner from the factory is the Open Gate Brewery.

This is where merchants of that mystic black nectar go to experiment – in other words, it’s where the magic happens.

Qatar Airways are currently flying to Dublin via Hamad Airport in Qatar.

The Dylan Hotel is a five-star boutique hotel close to Dublin’s city centre.