Dad’s shed, but get rid of the tools and put in a bed. And make that bed slide out, so you can lie outside beneath the stars at night.

That’s Stella the Stargazer in a nutshell, A brand new, epic off-grid stay that is being shifted around the Victorian countryside this summer. 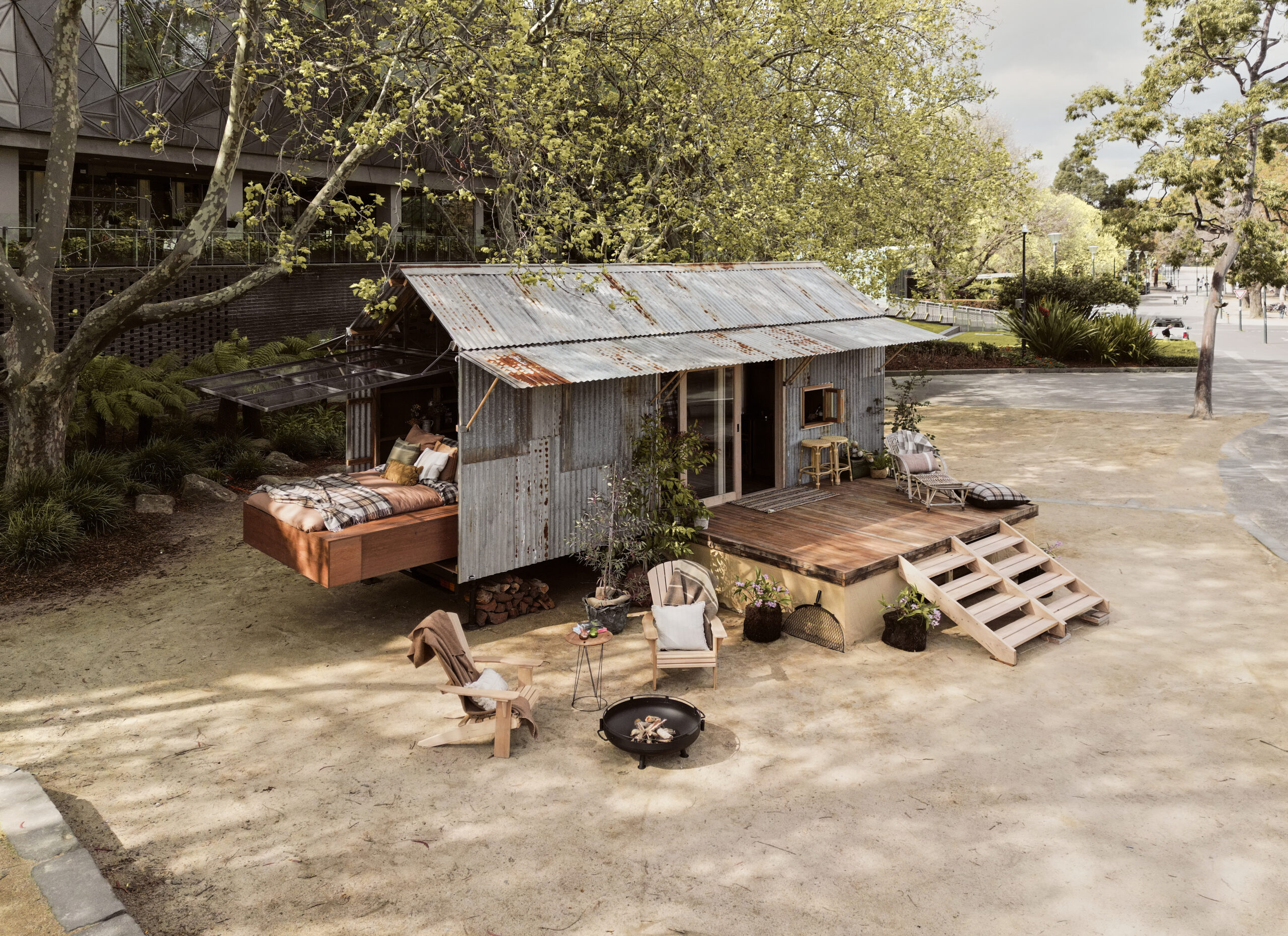 The idea that spawned Stella came from the designer’s childhood, in which his family would move a double bed into the middle of a paddock so that they could stare up at the stunning night skies southern Australia is blessed with.

The home is made out of corrugated iron salvaged from central Victoria, that is “at least” 60 years old, according to the makers. The kitchen is centred around a woodfire oven that also functions as a hotplate, with glass sliding doors that open out onto a modular deck. There’s also a bush TV (firepit) for you to talk shit around. 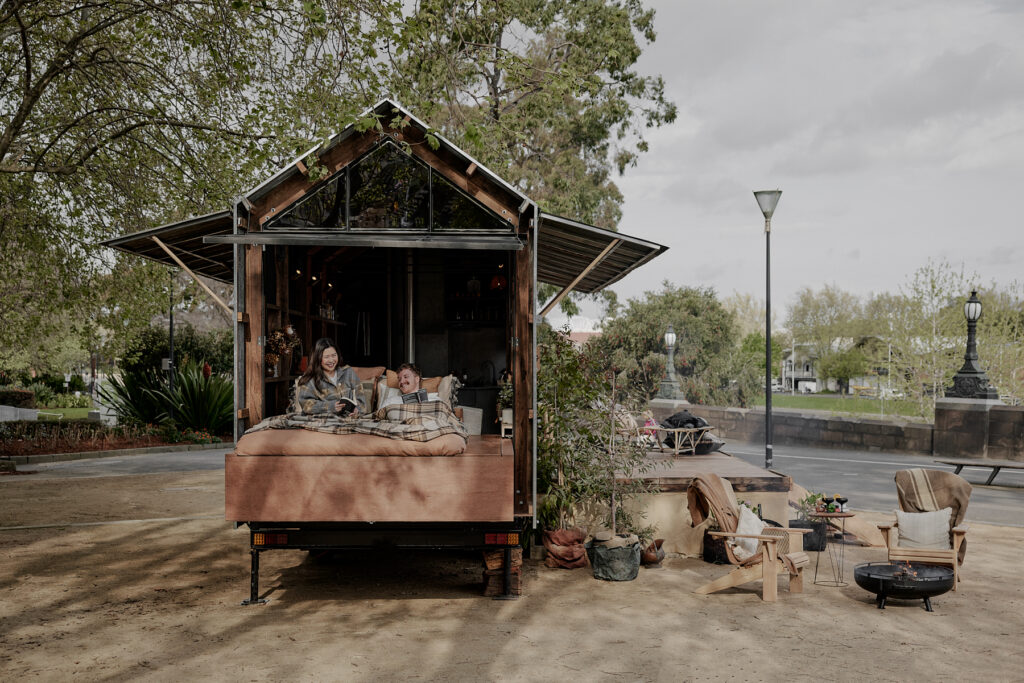 The house has been touted as a tiny home but we think this doesn’t quite encapsulate it. There almost needs to be a more niche category: outback-corrugated-iron-astro-stay is probably more it’s vibe.

The first activation will take place at Blue Gables vineyard in Maffra, with two more locations to follow which get lost aren’t allowed to tell you yet. But we can tell you, they’re really bloody beautiful and full of that fresh country air.

And stars. Heaps of stars. 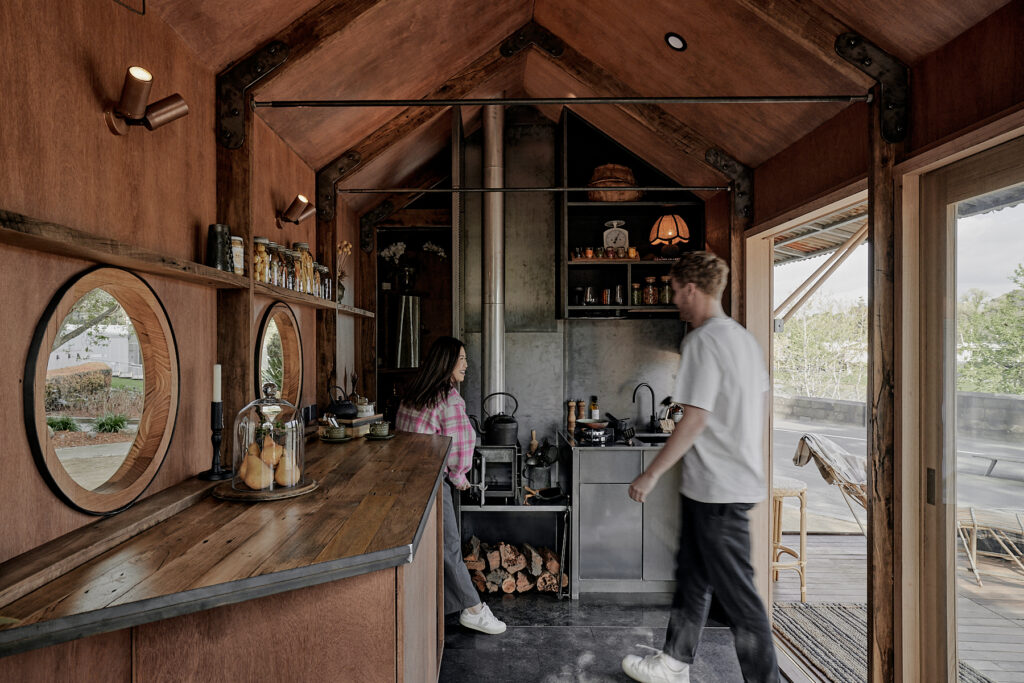 Maffra is a 2.5 hour drive east of Melbourne, in central Gippsland.

Ample are the Port Fairy-based design crew behind project. Incredibly, they knocked this bad boy up in less than three months.