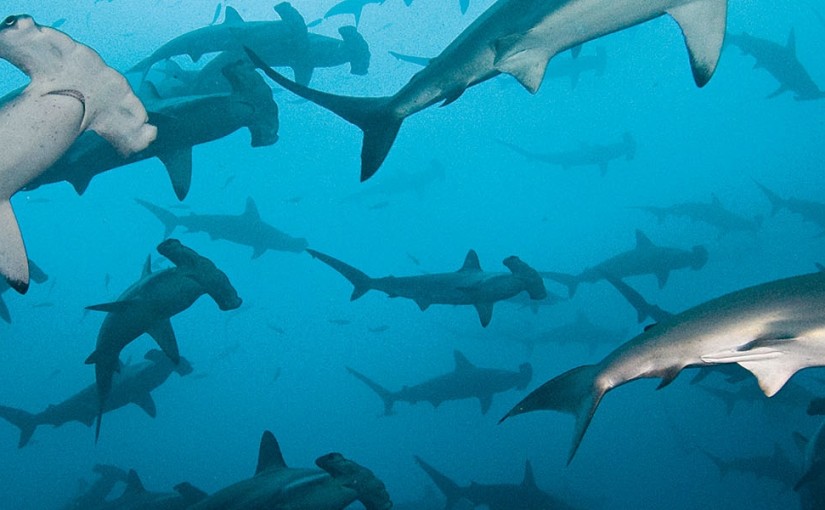 Shark diving is one of those activities some people think is awe-inspiring and the rest of the population considers completely bonkers. For those who want to get outside the cage, observing a mass schooling of hammerheads should provide just the thrills and I-can’t-believe-I-did-that moments for a lifetime of dinner party conversations.

Easily identified by its T-shaped nose with eyes at the extremities – all the better for searching out its prey – these big fish (they grow up to six metres long) tend to hang out together during daylight hours and hunt solo after dark. Uninhabited Cocos Island, 550 kilometres off the coast of Costa Rica, is one of the best places in the world to dive with hammerheads, especially around June when the water is relatively calm and sharks far outnumber divers. You’ll have to jump on a live-aboard dive boat though, since it takes more than a day to reach the island from Puntarenas on the west coast.