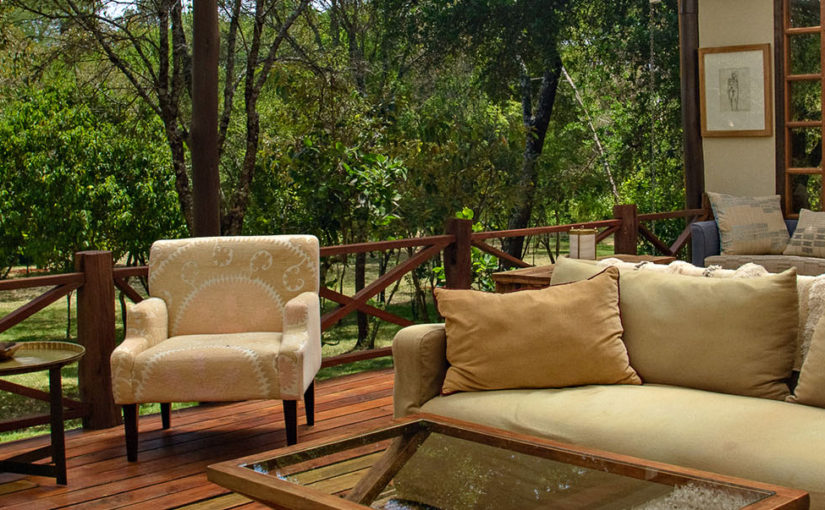 What was once the home of a local artist is now an intimate boutique hotel. The property has just eight bedrooms spread across two buildings set on Nairobi’s fringe, close to David Sheldrick’s elephant orphanage.

Each room is minimalistic and charming and features the former artist owner’s  eclectic mix of tribal and worldly accessories and artworks lining the wall, and is furnished in rustic wood and leather hide. But best of all, this intimate property in the tranquil surroundings of Nairobi’s Langata suburb is just around the corner from your new long-necked friends at the Giraffe Centre and the orphaned elephants and rhinos of the David Sheldrick Wildlife Trust.

There are also plenty of other critters in your own backyard at OneFortyEight, from monkeys with a taste for Ferrero Rocher, to peacocks, warthogs and parrots. It’s a veritable zoo without walls. 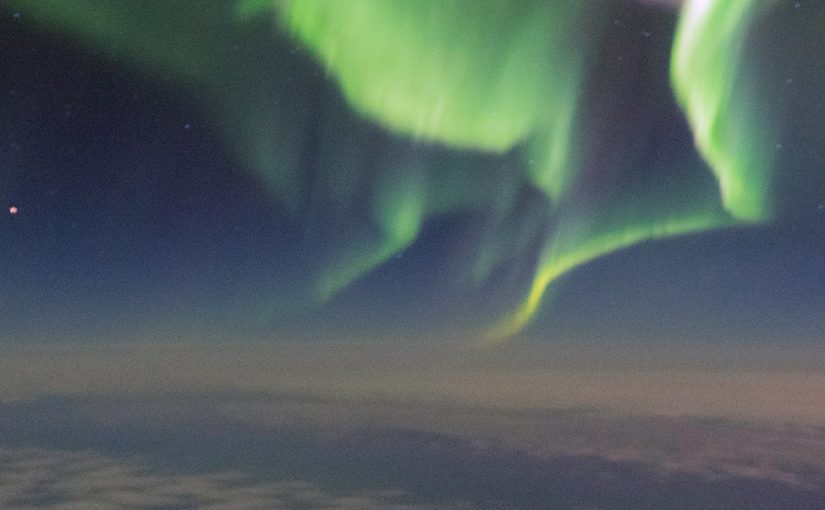 Compared to the hugely popular northern lights, very few people have had the opportunity to witness the magical aurora australis – often referred to as the southern lights – up close. But that’s all about to change with the news that Chimu Adventures are launching scenic flights over the Southern Ocean that will provide a front-row view to the captivating natural phenomenon.

Departing and returning to Australia’s major domestic terminals, the 10-hour flights will take place aboard a Qantas Boeing 789 Dreamliner. With 30 per cent larger windows than other Boeing aircraft, it’s the perfect plane for passengers to take in the aurora australis in all its glittery glory.

The flights will coincide with the autumn equinox, when the lights are at their brightest and most frequent, and a select crew of expert astronomers will be on-hand to provide information on how an aurora is created, and answer any questions. Budding shutterbugs keen to capture the once-in-a-lifetime experience will also be happy to know a professional photographer will be available to assist with any camera queries and dish out helpful tips.

Flying high above the clouds and far from any potential light pollution or weather systems, it won’t matter whether you’re seated in business or economy (Qantas will be offering services in both), as the aurora zone is sure to put on an unforgettable show. 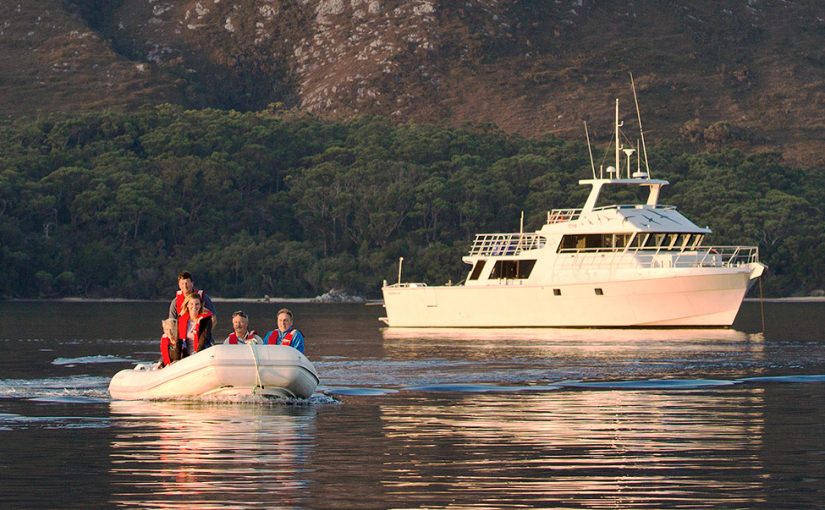 Known for its rugged, mountainous terrain, pristine beaches and mirrored waterways, the southwest region of Tasmania has long been considered the state’s final frontier. And since it’s accessible only by foot, boat or light aircraft, one of the best ways to immerse yourself in this untouched landscape is with Tasmanian Boat Charters, on the Port Davey Expedition Cruise.

The four-, five- and seven-day voyages begin in spectacular style, with a breathtaking scenic flight from Hobart to the tiny settlement of Melaleuca. Here, your mighty vessel awaits: Odalisque, a custom-built 20-metre boat best described as a floating luxury hotel. Equipped with all the creature comforts you could ever need – think cosy beds, soft outdoor lounges, fridges stocked with ice-cold bevs and your own private chef – it’s the ideal home-away-from-home.

While each cruise is different (and often guided by the tides and weather conditions), the itinerary can be tailored to suit your interests. However, there are a few standout activities we think you won’t want to miss, including a six-hour hike to the summit of Mt Rugby, a jet boat excursion up the Huon Pine-lined Davey River and exploring ancient Indigenous middens at Stephens Bay. There are also plenty of opportunities to chat with local guides, take a dip at secluded swim spots and enjoy a gourmet picnic or two.

So if you’re eager for a taste of true Tassie wilderness (with a side of oysters and bubbles, thank you very much), jump aboard the Odalisque for one unforgettable adventure. 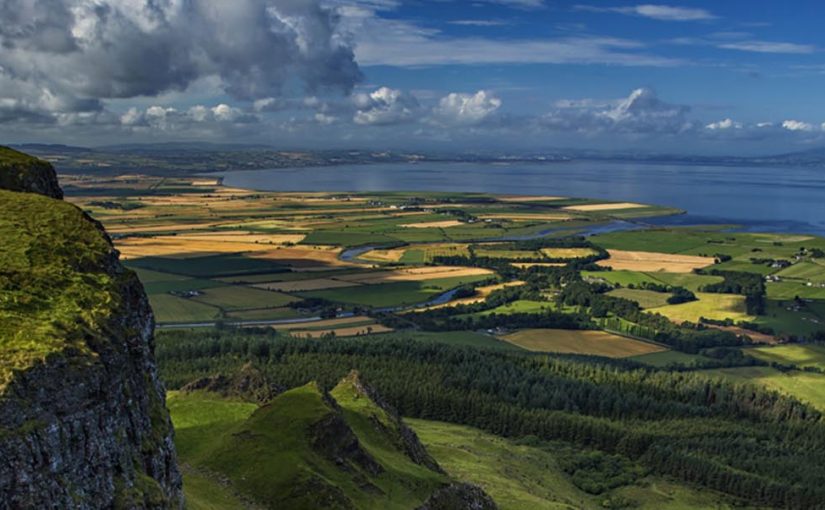 Game of Thrones fans will be champing at the bit at the announcement that an official GOT tour will be opening in one of the hit series’ original filming locations at Linen Mill Studios in Banbridge, Northern Ireland.

To gain the full GOT high-sensory experience and lose yourselves in the Seven Kingdoms of Westeros this deeply immersive attraction has been developed under license with Warner Brothers Consumer Products, and in partnership with HBO Licensing and Retail. Thronies will be able to step into fully-dressed sets used in the show, and stand face-to-face with the original set pieces, authentic costumes, weaponry and props that were used to create the epic fantasy world of Westeros.

Fans experiencing separation anxiety after the award-winning series reached its finale more than a year ago will be able to relive iconic moments like  Braavos, Dorne, Dragonfly and King’s Landing as well as immersing themselves in sets from the series including the Starks’ Winterfell Castle, the Greyjoys’ Pyke and the Tullys’ Riverrun.

The GOT tour at Linen Mill Studios will be the only permanent, officially-licensed Game of Thrones experience in the world. An opening date in late 2021 will give die-hard fans enough time to start saving their bucks. Also a major boost to Northern Ireland, up to 200 people are expected to be employed when the studio is running at full capacity and its anticipated that the studio tour will be worth £396.2m in total tourist spending by 2030. 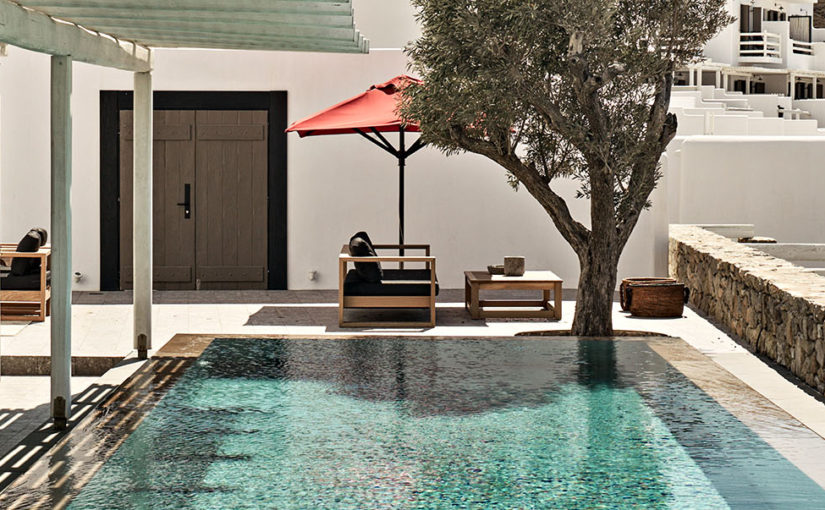 Among the glamour and hedonism that reigns in Mykonos, Myconian Avaton offers timeless charm you’ve been craving.

Extending from the rocky cliffside, the boutique property occupies a private stretch of the famed Elia Beach, complete with unencumbered views of the cerulean and sapphire waters of the Aegean Sea. Vestiges of the island’s Cycladic heritage are evident in the hotel’s design – think charcoal concrete floors, whitewashed walls, timber-framed windows and vintage furnishings.

Its myriad rooms, suites, and two- and four-bedroom villas featuring private pools and Jacuzzis are like worlds within themselves, meaning you’ll have total privacy. Tuck into Mykonian delicacies at the onsite restaurant, rejuvenate with thalassotherapy or a body wrap at the wellness centre, and soak up the serenity. 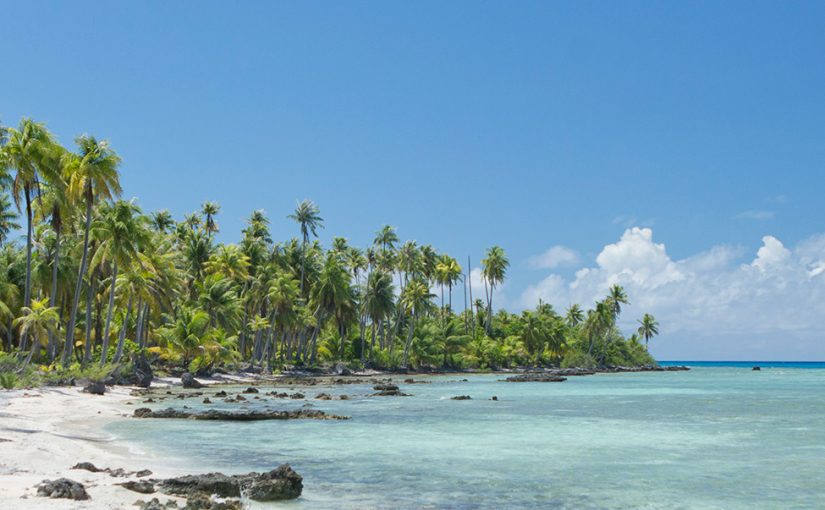 White sand under foot, turquoise blue ocean as far as the eye can see, coconut trees swaying in the breeze, surrounded by rows of vines. Wait, what? Yep, you heard us right. Dominique Auroy’s Vin de Tahiti, on the atoll of Rangiroa in French Polynesia, is home to the world’s only coral winery.

The vines are grown on a small motu (islet) at the end of a coral road a few minutes by boat from the town of Avatoru, which is a one-hour flight from Tahiti. The vineyard was created after years of research in order to understand the soil of the atoll and how the salty water would affect the grapes. Since 2010 they have also taken an organic approach to production.

Our pick: try the Blanc de Corail, a delicate white wine with notes of mango, pineapple and candied banana; or the Rosé Nacarat with melon, raspberry and redcurrant aromas. A visit to the vineyard is by tour only, but in this part of the world, the journey is all part of the experience. 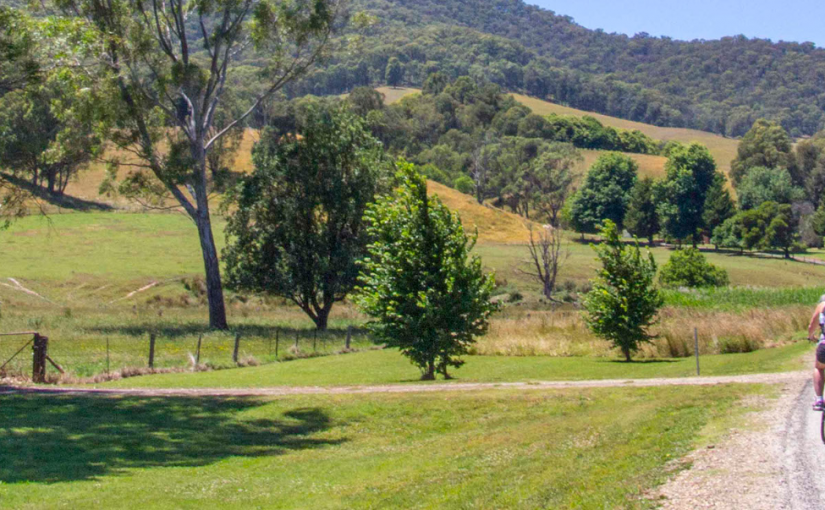 Experience a taste of northeast Victoria when you tackle the best recreational cycling route in Australia, the Murray to Mountains Rail Trail. Beginning in Beechworth and finishing in Bright, not only will you burn calories on this leisurely ride, but you’ll also get to visit some of the state’s most vibrant regional towns.

Once you climb into your saddle and get pedalling, you’ll roll through stunning alpine locations, passing through natural bush and lush farmland, vast valleys and spectacular mountain ranges.

Don’t worry though, this isn’t the Tour de France, and the trip is suitable for all riders – even beginners with a pretty basic fitness level (e-bikes are also available). Along the way you’ll fuel up by sampling some of Australia’s finest local gourmet produce, wine and handcrafted beer. Smaller weekend groups even have the opportunity to partake in wine-making tutorials, talk to local farm gate producers and stopover at historic cellar doors.

Covering more than 100 kilometres of both sealed and off-road tracks, other popular towns on the trail include Wangaratta, Rutherglen and Myrtleford. 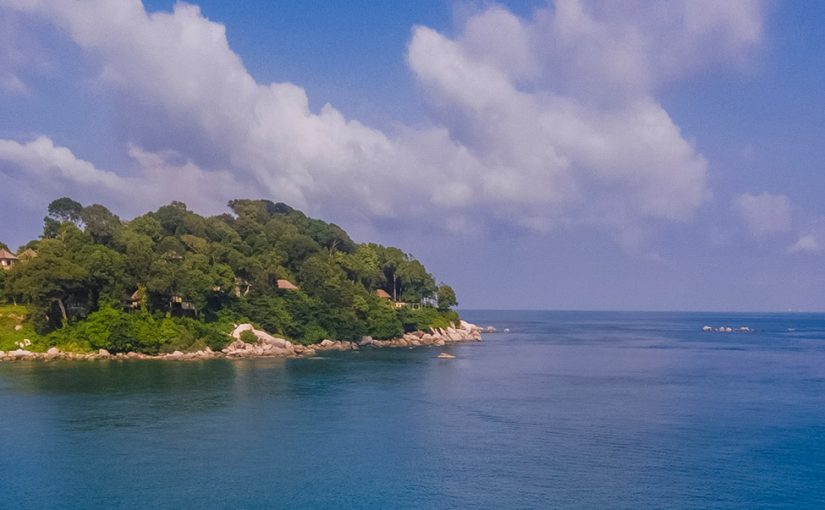 Picture this: you’re on an extended getaway – somewhere warm and tropical, perhaps – where you can spend both quality time relaxing with your loved ones AND fulfilling work requirements remotely.

Well, thanks to the launch of Banyan Tree Group’s new initiative, Habitat, that dream could become a reality. Habitat aims to redefine travel and offer a new way of living, working and holidaying by allowing guests to enjoy long-term stays at more than 30 Banyan Tree, Angsana and Cassia properties around the globe.

Purchase a Habitat Pass and you’ll be able to book stays in units of seven nights (with the option to move between properties), save up to 60 per cent on normal prices, and benefit from special Habitat-only inclusions like airport transfers, complimentary breakfast, wellness activities and free, unlimited wi-fi.

One of the properties available is Banyan Tree Bintan, which is perched atop a secluded bay on the northwestern tip of Indonesia’s Bintan Island. Boasting a range of spectacular Balinese-style villas (all with plunge pools), it’s hard to imagine a more gorgeous location to whip out the laptop and do a bit of work.

Once it’s time to clock off though, you can laze upon the resort’s private beach, tee off on the championship golf course or indulge in a pamper sesh at the acclaimed day spa. Because life’s all about balance, right? And that’s exactly what the Banyan Tree Group’s Habitat project is hoping to inspire. 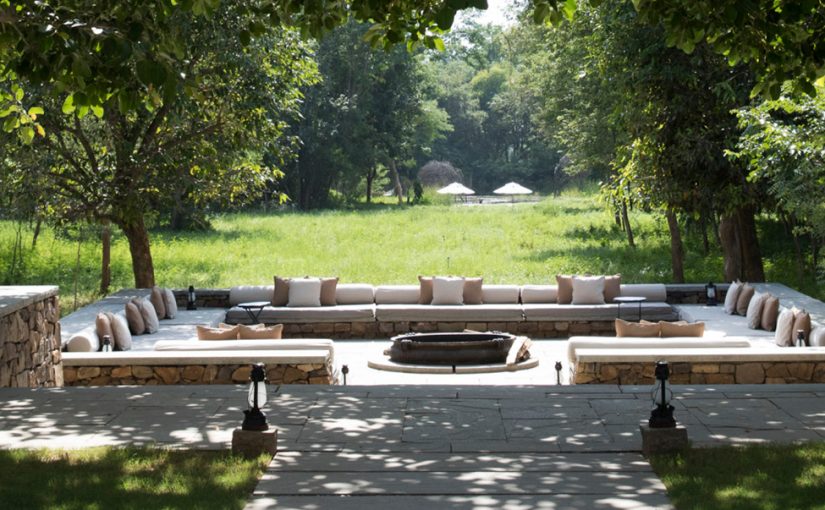 It’s already pretty clear that due to Covid-19, the way we holiday is set to change dramatically. Out: crowded tourist hot spots, jam-packed festivals and busy major cities. In: remote locations, undisturbed seclusion and travelling with known groups of people (think family and close friends). Which means Aman’s new A Camp Of Your Own experience could not have arrived at a better time.

Available at Aman-i-Khas, an isolated wilderness retreat in rural Rajasthan, you can now book out the camp’s entire suite of 10 luxurious Mughal-style tents for a super exclusive getaway. Offering a private insight into the incredible site and its gorgeous surrounds, the unique opportunity guarantees a truly unforgettable adventure.

As part of your stay, a dedicated team of Aman staff will be on-hand to see to your every desire – be it running an aromatic bath (prepared with fresh flowers from the camp’s organic garden, of course), transporting you to various activities or whipping up world-class meals that are served in either the softly-lit Dining Tent or at one of the many outdoor settings.

So, who’s in for the ultimate group vacation? 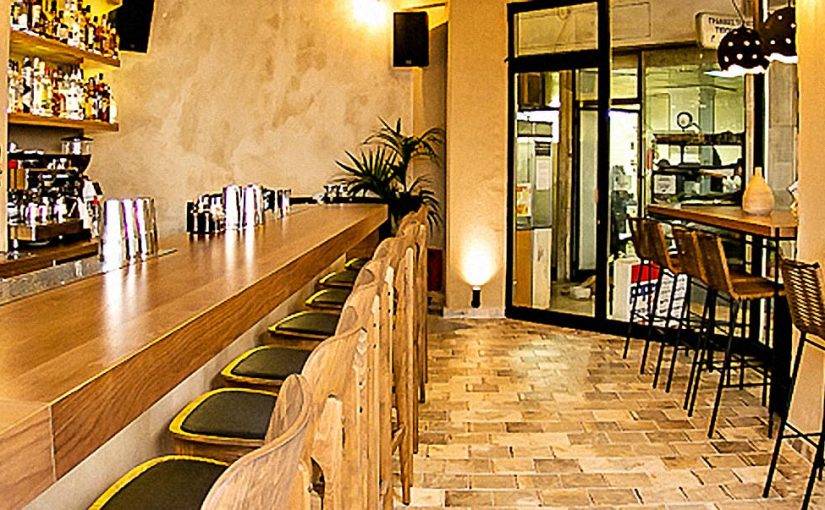 Can’t stomach the thought of another night in Athens knocking back ouzo shots? Then make your way to Barro Negro, a Mexican-inspired joint where you can cleanse your palate with more than 120 tequila and mezcal varieties.

Located next to busy Klafthmonos Square, this boozy venture boasts its own fermentation lab (one of only two in the city), so be sure to sample the Bloody Maria, made using freshly fermented tomato juice and a potent shot of Mexico’s finest. There’s also a small menu featuring bar bites like tacos and ceviche. High ceilings, cobblestone floors and a couple of strategically placed cacti help set the mood.

Just don’t expect to find a sombrero lying around, this is south of the border styling at its most chic.