It may not top a list of must-see places (just yet, anyway), but for those avoiding the usual been-there-done-that destinations it has the Caribbean beaches without the tourists, as well as a rich sense of history and culture.

Since 2010’s devastating earthquake, the government has actively ensured tourism is developed. There are still signs of the devastation and certainly the dire poverty of the country is inescapable, but beneath it there is a soul that’s as fascinating as it is hopeful.

Spend some time visiting the artist studios of Jacmel before heading to Bassin-Bleu, a sort distance away, where you can cool off in waterfalls and turquoise pools. Cap-Haïtien, on the north coast, was once the richest city in the Caribbean but its glory has faded. Still, it’s a relaxed place that’s close to some gorgeous beaches, rum distilleries and Citadel Laferrière, the fortress built on top of a hill in the nineteenth century by one of the leaders of Haiti’s slave revolution.

Then there’s the chaotic capital Port-au-Prince. The gulf between the haves and have-nots here is as vast as anywhere in the world, but it’s a fascinating place to explore. Communities of artists have sprung from the rubble in places like the metal-working village of Noailles, you can find vodou paraphernalia at the city’s Grand Cemetery, and there’s much to be discovered at Marché de Fer, the nineteenth-century market.

Much to Love About Haiti

Six years after the earthquake Haiti is full of hope 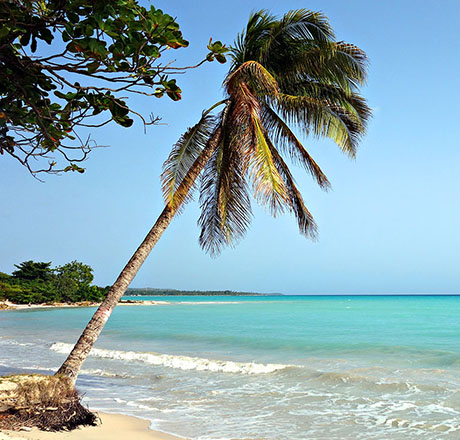 A towel laid out on an icing sugar stretch of sand, the sweet juice of a...

A towel laid out on an icing sugar stretch of sand, the sweet juice of a tender green...