Beaches, rum punch and Bob (Marley, of course)… Sure, those are some of the best-known aspects of Jamaica’s laidback personality, but there is so much more to this vivid island nation in the Caribbean Sea. Chances are you may never have seen a landscape quite so verdant as that covering the mist-laced mountains of Jamaica’s interior. Serious hikers can get a close-up on the trek to Blue Mountain Peak, which rises to 2150 metres above sea level and, on a clear day, affords views of Cuba, 150 kilometres to the north. Spelunkers, meanwhile, can take to the hot, humid conditions of the Cockpit Country, where limestone in the soil has created the perfect geological storm for an underground system of rivers and caves. For the amateur adventurer, a trek to Reach Falls – surrounded by rainforest and with tiers of tumbling water – should be on the itinerary.

The beach, though, is one of the obvious attractions of any tropical island and Jamaica doesn’t disappoint. Unless you simply want to flop and drop for a few days, it’s best to avoid the northwest coastline between Negril and Ocho Rios. It’s not that the stretches of sand here are horrible, but this is the land of the all-inclusive resort. (It’s also where you’ll find the majority of dive outfits if that’s what you’re after.) Instead head to the south coast, where the beaches are the haunt of locals, and a rural lifestyle, to some extent, still exists. Top marks go to Treasure Beach, which, in fact, is made of four coves and villages and offers plenty of deserted spots to spread out your towel and go snorkelling in tranquil waters. Join the locals for a game of cricket, check out the burgeoning arts scene or kick back at a beachside restaurant scoffing cold beer and jerk chicken.

When the quiet life starts to become too, well, quiet, head back to Kingston. The island’s capital is cool and cultural. Spend some time checking out the National Gallery, Bob Marley Museum and a Jamaican music history tour, but save some energy for after dark. See if Usain Bolt is in the house at Tracks & Records, the sports bar he owns. If it’s Wednesday, head out to Stone Love HQ for one of the town’s biggest sound system parties, Wedi Wedi Wednesday. Check out the open mike night at Jamnesia Surf Camp on Saturday – you might just see reggae’s next big thing. Just remember, nothing here starts early and you need to be prepared to party well into the wee smalls. 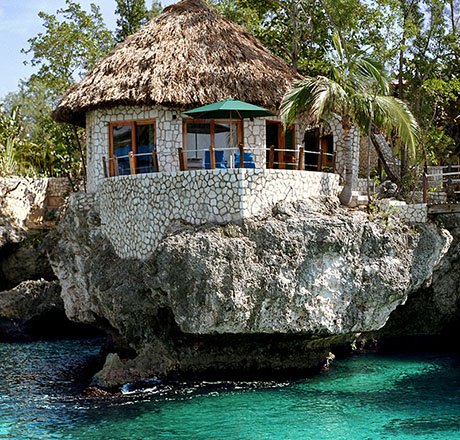 stay
Revel in a...
Revel in a rustically romantic retreat
NEGRIL, JAMAICA 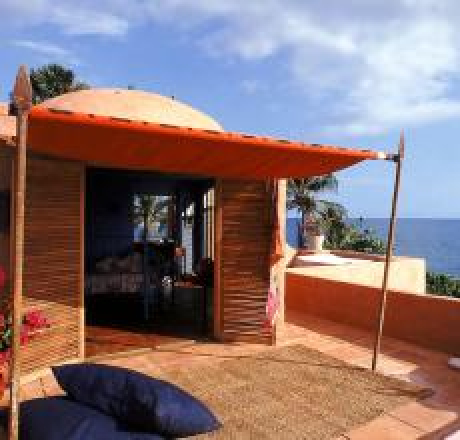 Named after a family parrot, Jakes was founded and is still run by local...

Named after a family parrot, Jakes was founded and is still run by local Sally Henzell.... 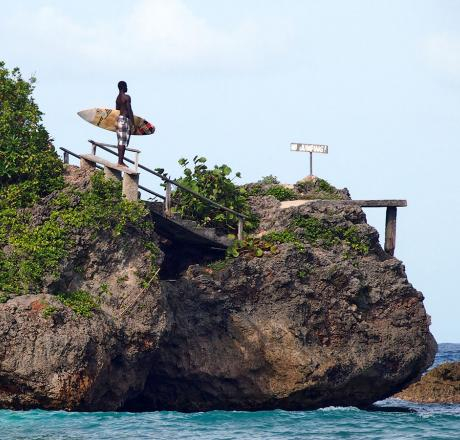 All along the main road that leads down to Boston Bay, sturdy home-made...

All along the main road that leads down to Boston Bay, sturdy home-made grills sit in... 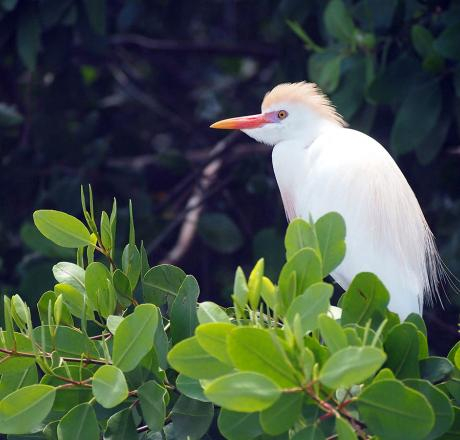 do
Go on a...
Go on a crocodile safari
BLACK RIVER, JAMAICA

When cruising the Black River in Jamaica’s southern parish of St Elizabeth,...

When cruising the Black River in Jamaica’s southern parish of St Elizabeth, there’s a... 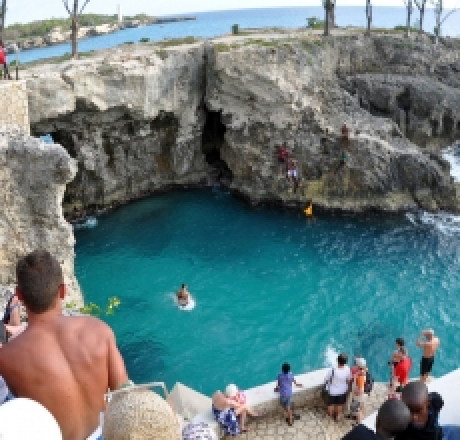 Go jump off a cliff, if you dare. Need a shot of Dutch courage first?...

Go jump off a cliff, if you dare. Need a shot of Dutch courage first? You’re in luck,...