Republic of the Congo

about Republic of the Congo

Before we get started, let us tell you this: Republic of the Congo shouldn’t be confused with the place across the river called the Democratic Republic of Congo, which is mired in violence and poverty and was the setting for Joseph Conrad’s Heart of Darkness. It’s true that both are jungle-clad environments, but it’s only in the former travellers can journey safely to the best of what these domains offer. In fact, some of the forests in the Republic of Congo are almost intact and, with the value in protecting them from harm acknowledged, places like Parc National Nouablé-Ndoki and Parc National d’Odzala are some of the best eco-friendly destinations in Africa.

You’ve got to be on the intrepid side to venture here, but chances are you’ll be heading to either one of these parks to view the lowland gorilla populations. Also on the wildlife list are forest elephants, crocodiles, dwarf buffalos, leopards and lots of different birds.

The country’s coastline is the starting point for Parc National Conkouati-Douli, where you can do river tours and forest walks. The population of chimpanzees has been threatened in most parts of the country, but here there’s a rehabilitation sanctuary for youngsters orphaned by poaching, as well as wild families living in the thick jungle.

Explore Republic of the Congo By 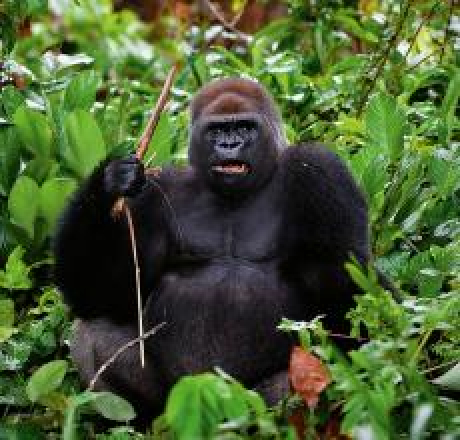 Follow in the footsteps of endangered western lowland gorillas on a safari...

Follow in the footsteps of endangered western lowland gorillas on a safari in the...