Ravaged by violent internal and cross-border disputes, and tarnished by bad press, the small central African nation of Rwanda isn’t for the faint-hearted traveller. The embattled nation is, however, recovering and has its benefits for the intrepid, most notably in its geography and wildlife.

The mountain gorillas are a must-see and one of the best places to track them is the Volcanoes National Park, in the country’s northwest. Here, you can also trek to the summit of Mount Bisoke, where, at the summit, you can peer into a crater lake, or take a much shorter hike to the tomb of Dian Fossey, where she is buried next to her favourite gorilla Digit.

Much less visited is the Nyungwe Forest National Park, in Rwanda’s southwest. Thought to be one of the oldest forests on the continent, it is home to habituated chimpanzees, as well as about 12 other species of primates, including supergroups (those with more than 300 members) of colobus monkeys. Those interested in birds should book a guide, because there are about 310 different species flitting about in the canopy.

People don’t generally spend much time in the mountain-ringed capital of Kigali, but there’s plenty to see if you explore a little. Get up early and stroll around the Kimironko market, take a walking tour offered by the women who live in Nyamirambo, the city’s Muslim quarter, wander to the top of Mount Kigali for a fantastic panorama, and visit Kigali Genocide Memorial Park. It’s a sombre but impressive reminder of how the country has moved on. 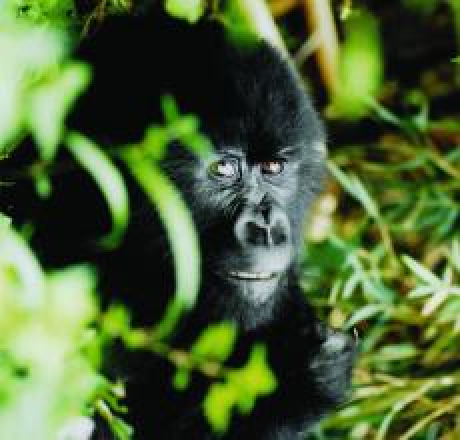 There are few more humbling experiences than spending an hour in the company...

There are few more humbling experiences than spending an hour in the company of Rwanda's...