Serbia’s history, both its recent and not-so-recent, hasn’t been the easiest, so tourism was never high on the list of priorities. Thankfully, this hasn’t stopped the country from being one of the most exciting destinations in Europe, where high culture is all around and the next party is about to kick off at any moment.

Capital Belgrade has a certain charm, particularly in the areas along the banks of the Danube and Sava. There are lots of museums, from military to ethnographic, to explore, and a legendary nightlife. The refurbished ferry terminal is home to hip restaurants and bars. Then there are the clubs, which have a reputation as being the best in Europe. Divided into seasons – inside in winter; outside, usually on barges on the river, in summer – they’re incredibly popular, so you should reserve a table if you want to get in.

After all those late nights, a visit to one of the country’s famous spa towns – Banja Koviljača or Vranjačka Banja, for example – for bathing in the waters and wallowing in the mud might be just what you need.

Novi Sad might be best known for the EXIT Festival, one of Europe’s biggest music events, but it has plenty of other attractions to boast about. During summer people pack the Štrand, one of the beaches on the Danube, and a walk up to the Petrovaradin Fort, which dominates the cityscape, is a must for the view. The oddly named Chinatown is the city’s artistic precinct, with live music venues, skate parks and alternative clubs.

There are just some things you don’t mention to foreign police. 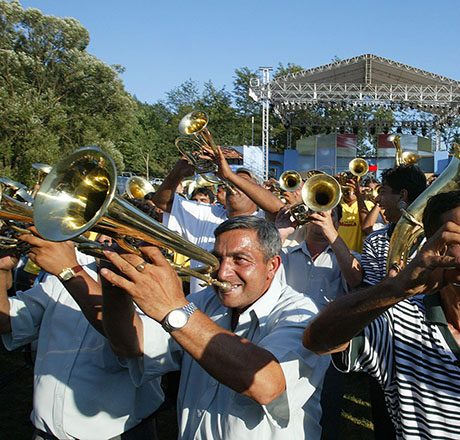