In a continent where most countries are so big you’d need months to do them justice, along comes pint-sized Uruguay. Wedged on an east coast peninsula between Brazil and Argentina, it offers the highlights of South America in a manageable parcel. Plus, even the most visited parts of the country haven’t been made over to fulfil the whims of tourists (most of whom come from Argentina or other parts of Uruguay).

From thermal bath houses in the northwest to the wildlife-rich coastline, there’s plenty to explore. Montevideo is a multi-faceted city, where about a third of the country’s population resides. There’s the historic Ciudad Vieja, which was once part of a Spanish citadel and is still home to ornate buildings, as well as a 13-kilometre stretch of beaches called the Rambla. Plenty of the beachside suburbs offer nightlife in all its forms, from old-school tango joints to pumping discos and clubs.

One of Uruguay’s finest attractions is its 340-kilometre coastline that heaves with locals during the summer until Carnaval. Travelling just outside those times means you can significantly cut costs and the number of people on the beach. There are plenty of chic, resort-style towns like Punta del Este (also known as the Monaco of South America), as well as more boho fishing villages turned beachside retreats, such as Punta del Diablo and José Ignacio, popular with the celeb set. The underwater life off the coast is abundant, and game fishing for tuna, salmon and other species is popular. Those less likely to throw in a line will still love the sea lions, who bask in the sunshine on many of the beaches along the coast. From Punta del Este, it’s also possible to book tours to Isla de los Lobos, an island about eight kilometres off the coast, with a huge population of sea lions and southern fur seals.

In contrast, Uruguay’s interior is best known for its estancias (ranches), many of them near the city of Tacuarembó (the Uruguayans claim it’s the birth place of the father of tango, Carlos Gardel, although the French beg to differ), where beef cattle graze the plains tended by gauchos. Many are open to travellers, but they’re unlike the more commercial experiences you’ll find in Argentina. Guests who stay at Uruguay’s estancias will help with daily life around the ranch, go horse riding, share mate (the national drink) with the workers and observe the amazing bird life of La Plata.

Discover celebration and protest during the Uruguayan carnival. 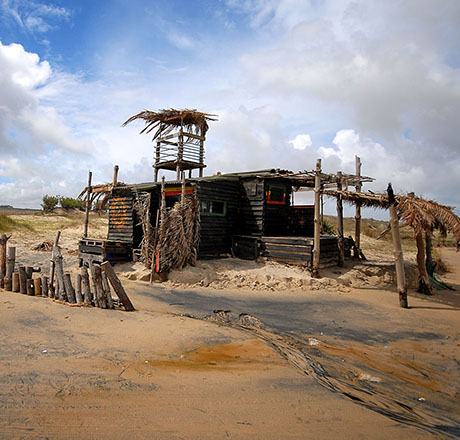 Just south of Brazil, squatters have cobbled together scrap-wood houses in... 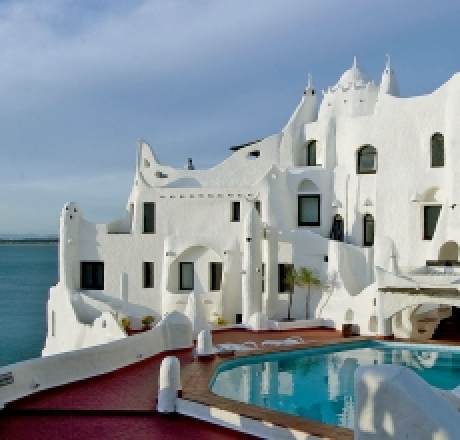 When artist Carlos Páez Vilaró found a wooden shack on the beach at Punta...