Inspired by local beats and Bob Marley’s legacy, Sadek Bouzinou formed the band Democratoz. Ruby Boukabou jams with the band in its hometown of Oran.

It’s summer in Oran on Algeria’s Mediterranean coast. I’m in town for the Arab Film Festival, but on my first afternoon in the city, thanks to a contact in the local music world, I’m in the chic foyer of the Sheraton to meet Sadek Bouzinou, founder of reggae rock band Democratoz.

He’d said he’d arrive at 3.30, but time in Algeria is ‘flexible’ – 3.30 can mean 4.30, 5.30 or perhaps next Tuesday. But two minutes later, a tall, striking figure walks across the white lobby. In a landscape of businessmen, families and schmick hotel staff, it feels like I’m having a hallucination. This good-looking singer with his powerful smile appears to be wrought in technicolour.

This is what I love about travel. One minute you can be sitting in a five-star hotel with sweeping views of the Mediterranean and city, but no real sense of the local culture, and the next you’re leaping into a dump of a car with a singer, saxophonist and drummer then bumping down a dusty road to a neighbouring village for a jam session. Later I discover it’s protocol for international festival guests to check out with hotel security, but they were either having a siesta or recognised Sadek (who could miss him?), a respected and famous local figure on the music scene. Sure, the military escort from the airport was kinda cool, but the getaway with the local musos is even cooler.

We hoon along with warm air blowing in through a broken window and Sadek points to a lone tree on the arid horizon. “It’s the Democratoz tree – all alone,” he states solemnly, before his face erupts with a wide, infectious grin.

Twenty minutes later we pull up beside his four-storey house in Gdyel. After a tour of the garden planted with figs and wild roses, we head upstairs to a large terrace. I spy a perfectly tap-danceable plank of wood and, by the time I’ve dusted it off, even more musicians have materialised. To my delight, everyone’s keen to jam.

Democratoz was born when Sadek, guitarist Abderrahmane and drummer Popay began getting together to play Bob Marley covers. More musicians joined them, and the band grew from there. Its music takes the Jamaican rhythms and grooves of Marley as its starting point, but adds a local flavour, weaving in Algerian beats – local raï music and gnawa – as well as funk, dub, jazz and rock. They have performed at major festivals around Algeria, toured Morocco, Jordan and Beirut, and will head to the USA this year.

There’s a particular song, lyrical and anthem-esque, that has pricked my ears. In a video of the band performing ‘Mazel’ at a festival in the Sahara, Sadek sits on stage singing, his voice charged with emotion. Thousands of Algerians sing along and wave lighters above their heads. I ask Sadek what the song is about. “‘Mazel’ talks about Algeria,” he explains. “It’s a song that tells the history of the country and says that whatever has happened and is happening, there are people here who want to try to change things for the better.”

During the 1990s, terrorism destablised Algeria, and social and political commentary through art was a dangerous act. Those who dared often did so from the other side of the Mediterranean. Now Sadek believes artists need to “say things as they are, be daring enough to express”. Democratoz’s songs all carry a positive message or tone of irony that allows the music to be serious and accessible, authentic and bold – and danceable.

We don’t waste time and get jamming. Sadek, grinning and singing, plays a cowbell, accompanied by the saxophonist, two guitarists, three percussionists and me, tapping along. It’s percussive, driving, inspired and exhilarating in the North African heat.

Then suddenly it’s dusk and time for me to head to the cinema. We’re back in the decrepit car and banging out rhythms on the dashboard while discussing life, music and when I’m going to come back for one  of their concerts. 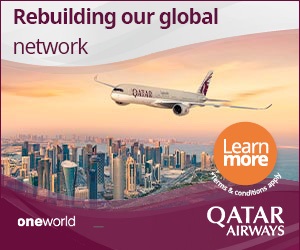