On a boat on the rivers of Indonesian Borneo, Tom Perry discovers a way of exploration that’s both slow and satisfying.

Lihat lah orang seperti melihat buah manggis (meaning ‘look at people like you look at the mangosteen’) is the Indonesian equivalent of don’t judge a book by its cover. The expression comes from the fact that the mangosteen, a small, awkward-looking tropical fruit with flesh that resembles garlic and skin that stains like beetroot, is actually gloriously sweet.

As I tuck into my tenth mangosteen (I’ve developed a mild obsession for them over the past 10 days) on my final morning in Kalimantan, the Indonesian part of Borneo, I watch the organised chaos of the Banjarmasin floating markets. Hundreds of women in canoes chat, bargain, jostle and exchange huge piles of fruit and vegetables in the middle of the Barito River. I make a note in my travel journal that the mangosteen expression could just as well reflect my time in Kalimantan as a whole. Having arrived intent on coming face to face with orangutans, after 10 days in this unspoiled part of Indonesia I’ve discovered there is far more to Kalimantan than just its red-haired primate inhabitants. By taking life in at the slow pace of a riverboat, I have seen beyond the trees, the water and the wildlife, and instead experienced the complexity of the lives that revolve around them.

Travelling by boat is, without doubt, the best way to see this part of the world. The large, 10-metre-long wooden boats (known locally as klotoks) offer the chance to plonk your deckchair or mattress on the deck, kick back and just soak up life on the river. When you’re keen to explore deeper into the jungle, hop aboard one of the thousands of smaller alkons – each less than half a metre wide and sitting just centimetres out of the water – and move deftly through the countless creeks, swamps and low-hanging riverside trees that are spread across thousands of kilometres of waterways.

Ten days earlier, my introduction to river life in Kalimantan was unexpectedly luxurious. On arrival in Palangkaraya, an hour’s flight from Jakarta, my travelling partner and I head to the dock to board our first boat, a two-storey, 20-metre-long ‘super klotok’ known as the Rahai’i Pangun. It’s been rebuilt from the shell of a cargo boat and now includes deluxe double cabins and a huge deck, and has a style that melds into the tough environment around it. It’s clear that a lot of thought has gone into its design.

Within minutes of cruising out of Palangkaraya harbour, I’m lying back on a couch, feeling a bit like an aristocrat on a bird-watching expedition. Yet while plenty of birds are spotted in our first few hours on board, including brahminy kites and stork-billed kingfishers, as well as two brief sightings of the oriental pied hornbill, it is the Bornean orangutan that we have come here to see.

By the afternoon of our first day on the Rungan River, I’m woken from a nap by the slowing of our boat’s engine. We pull up to a jungle island that has a group of five adult orangutans sitting silently around a bamboo platform.

My first impressions are that even from far away, the group’s dominant male, Bobo, and his companions look big. Really big. And when another male, who clearly sees himself as a potential contender for leader status, swings closer to the platform, Bobo stands up in response, staring down his rival before grabbing a piece of bamboo and breaking it in a show of strength. Orangutans are seriously powerful. But as time passes, it is the small behavioural nuances, such as the way Bobo and his fellow orangutans scratch their backs, chew their bananas or hold their arms high as they walk in the river to avoid getting wet (like any human would do), that keep me transfixed and have me pondering how anyone could genuinely question Darwin’s evolutionary theory. 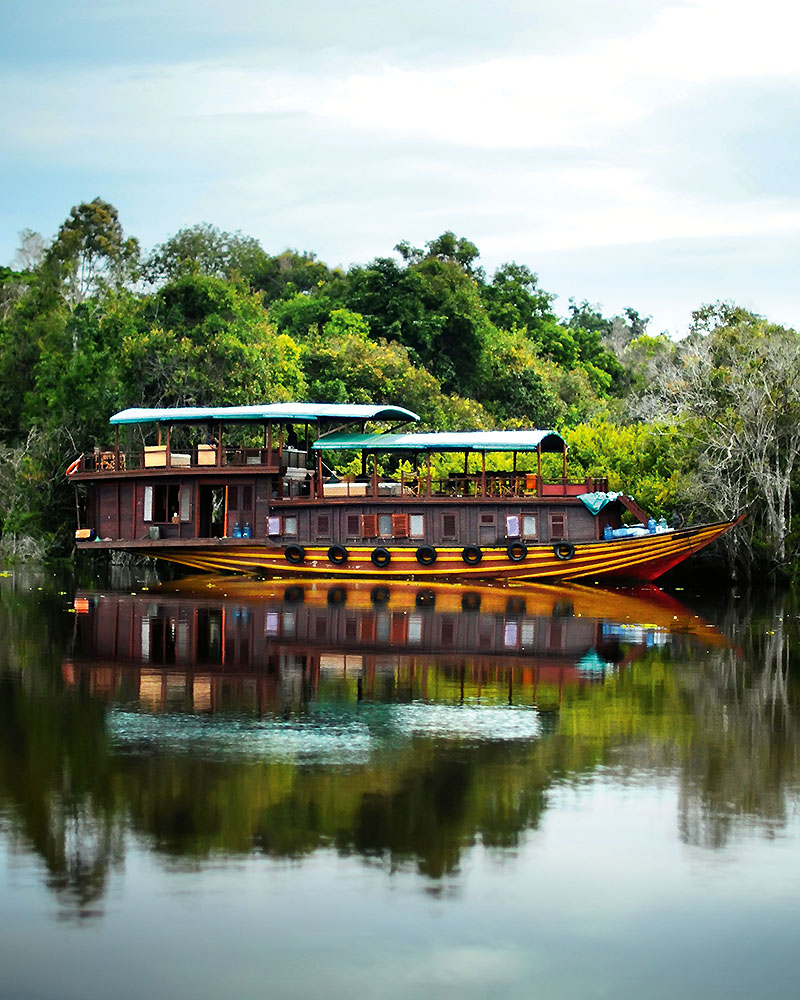 Seeing Borneo by boat is a great option. Click to view gallery

This place is the first of the five orangutan-occupied islands we find over the next few days along the Rungan River. Each island, which we view from a distance of 20 metres to avoid causing a disturbance, is set aside to provide an environment for rehabilitated orangutans – many of whom have been orphaned, poached or had their forest homes destroyed by palm oil plantations – to re-acclimatise with jungle life prior to being released back into the wild. With many of the orangutans having spent a good portion of their lives at the rehabilitation centre of local NGO the Borneo Orangutan Survival Foundation, these islands provide a safe environment with minimal human contact, where they can begin to adjust to the prospect of life on their own.

My time on the river is a mix of intrepid exploration and holiday do-nothingness. I kick back with a never-ending pot of potent Bornean coffee and soak up the unexpected details of river life. There’s the faint smell of clove cigarettes smoked by the crew, the big blue ‘give way’ signs located every few hundred metres (despite the fact that we rarely see another boat), and the dark black patches of peat-filled water that make it look like a river of Coca-Cola. Every half hour we spot a bird, crocodile or proboscis monkey – a native in Borneo with a massive honker-style nose and pot belly. If a creek looks interesting, we hop into one of the smaller boats and cruise into the jungle for a closer look.

Four days later, we say our goodbyes to the crew and head downriver in a lawnmower-engine–powered alkon, cutting through a series of canals and flooded fields for an overnighter in the tiny village of Tundai. Home to a hundred or so Dayaks – the indigenous people of Kalimantan – the village is a series of houses on water connected by boardwalks. Like many other parts of this country, it is a place that revolves around and exists because of the river system. Time off the boat in Tundai gives me a valuable and different perspective to the one I’d had over the previous four days. 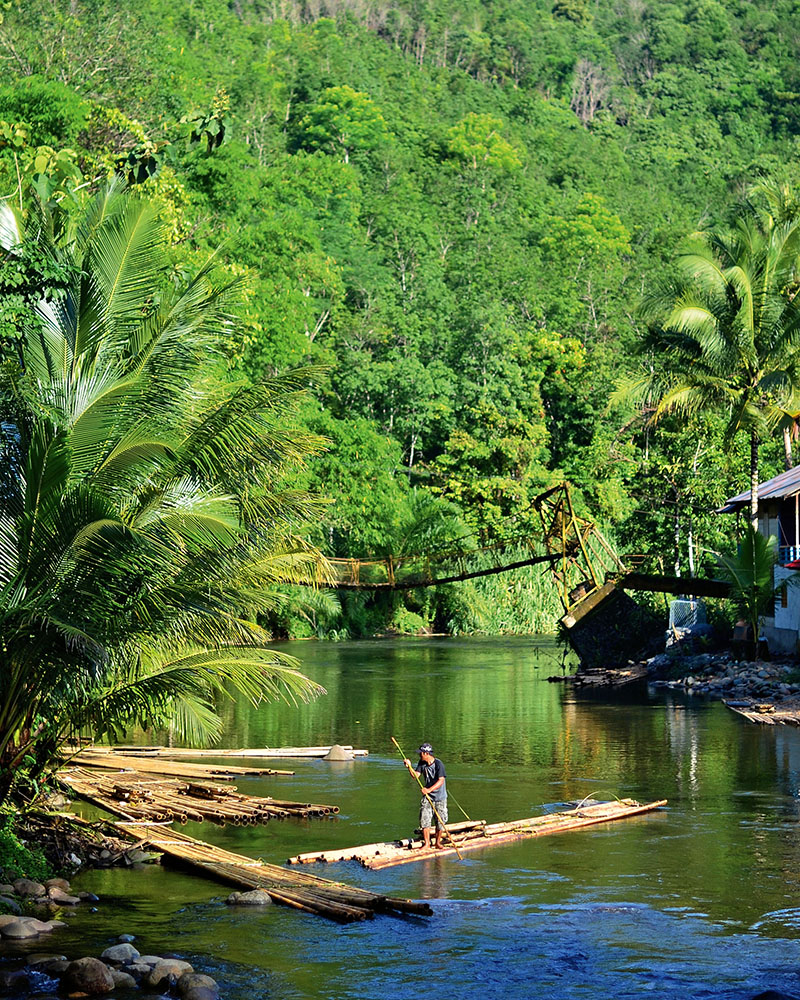 As the sun sets and I head out to the boardwalk’s edge for a bucket shower on the riverside, I look each way and see a procession of people doing the same. The water serves as a fishing spot, shower, washing machine and backyard. Here the river is far more than just a highway, it’s an integral part of people’s lives.

The next day we head east to the port of Kumai, where we hop aboard Rambo, the klotok that will be our home for the long journey to Tanjung Puting National Park. We chug slowly along until we fall asleep on the deck, surrounded by a silent spectacle of hundreds of fireflies.

We arrive the next morning at Camp Leakey, Kalimantan’s most famous orangutan sanctuary. It doesn’t take long to understand why this is. After less than 10 seconds standing on the dock, an orangutan named Percy swings his way over to me. We stare at each other with less than a metre between us.

Tanjung Puting National Park is the centre for the research and rehabilitation programs of Orangutan Foundation International. It’s also home to the world’s largest population of wild orangutans, hundreds of which have, over the course of many years, become remarkably relaxed around humans. Each afternoon, rangers set down a pile of bananas at a station close to the riverbank. Within minutes, the sound of a snapped twig and the rustling of leaves announce the first of many orangutans coming in for an afternoon meal. After half an hour, more than 20 orangutans have come and gone. Rain starts falling heavily and I pull on my jacket. In a striking reminder of just how similar we are, Siswi, the female orangutan sitting a few metres in front of me, looks up at the raindrops coming down and begins snapping off leaves from the nearest bush and placing them on her head to create her own homemade rain cover. I smile to myself, before she looks at me, and with a mouthful of mashed banana, gives me what I make out to be a half- smile, one that I subsequently spend many hours wondering whether was given in happiness, indifference or disdain.

Looking back on the last days of the trip, there’s no doubt that my hours with the orangutans have been unforgettable, but it’s the time spent on Kalimantan’s rivers that stays with me as a highlight.

We fly east for a journey to the Amandit River. Here we spend our last hours of the trip floating leisurely on top of a bamboo raft, before finishing the afternoon cruising the canals of the riverside town of Negara. I happily while away the time sitting on top of a long boat, watching fishermen throw their nets into the water and herds of water buffalo being moved awkwardly into their stables. Then I laugh at the kids darting between houses in an effort to get me to take their picture.

I realise how hooked I am on Kalimantan river life when on the final morning at Banjarmasin’s floating markets, moments after sucking down the last of my mangosteens, I cop a nasty hit in the shoulder from the pointy end of a passing canoe. Rubbing my throbbing shoulder, I look over at the canoe’s skipper, an elderly woman selling large piles of jackfruit and pineapple. She looks at me briefly and giggles, before pushing off, to continue on to sell her wares. For the briefest of moments I think of getting angry or at least throwing a grumpy look in her direction. But with the taste of sweet mangosteen lingering in my mouth, I stop and realise, it’s just another part of river life  I have come to love.

AirAsia flies to Jakarta via Kuala Lumpur from most Australian capital cities. Palangkaraya is a short flight from there.
airasia.com 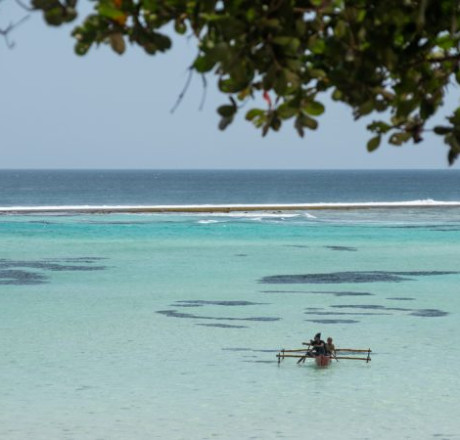 Cities are bustling again, and with bustling comes busy. And... 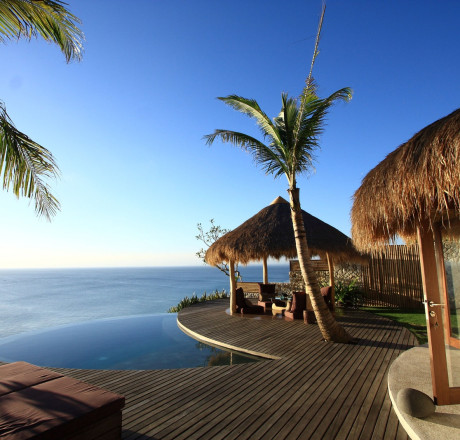 It sounds like the venue for kick-ons after a night out, but... 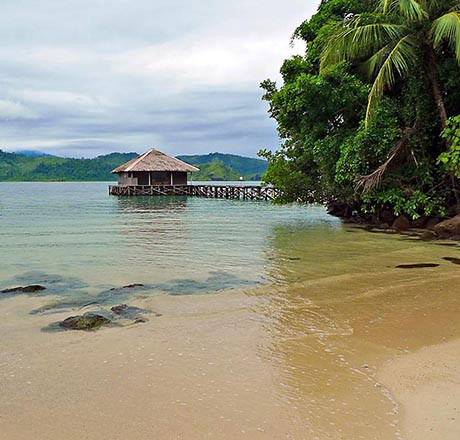 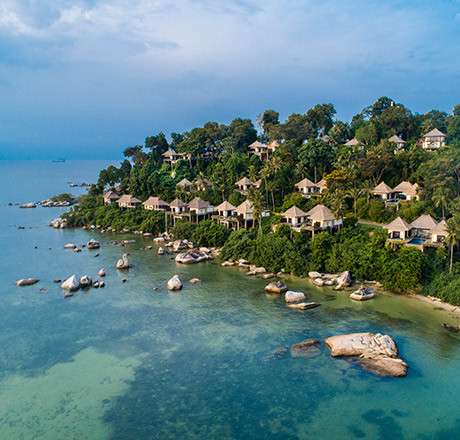 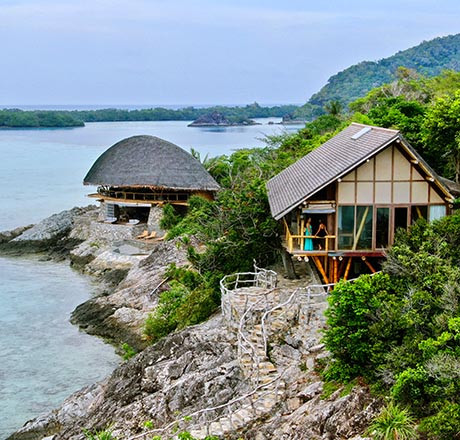 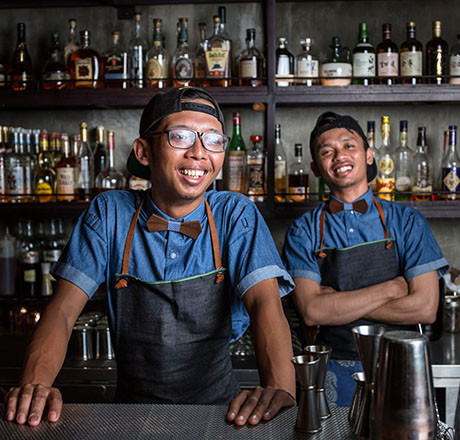 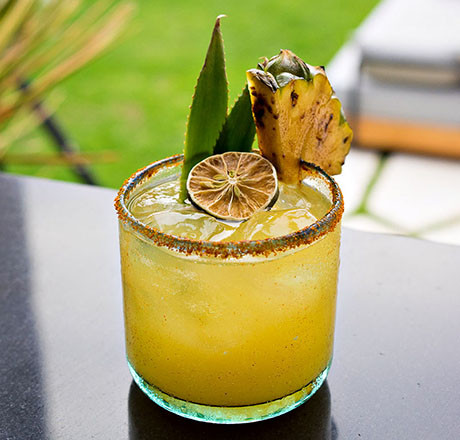 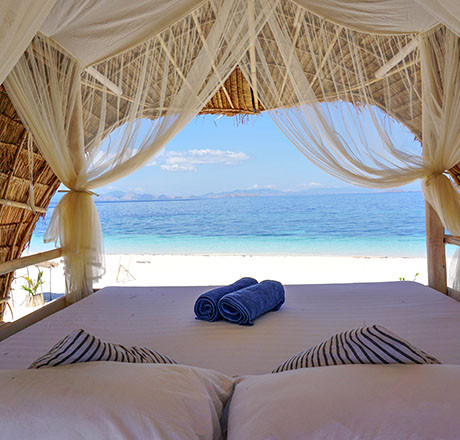 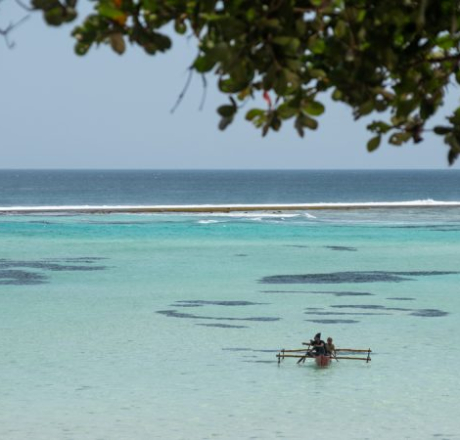 Cities are bustling again, and with bustling comes busy. And busy means... 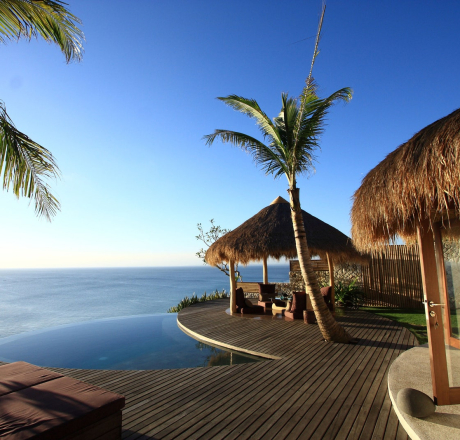 It sounds like the venue for kick-ons after a night out, but it is in actual... 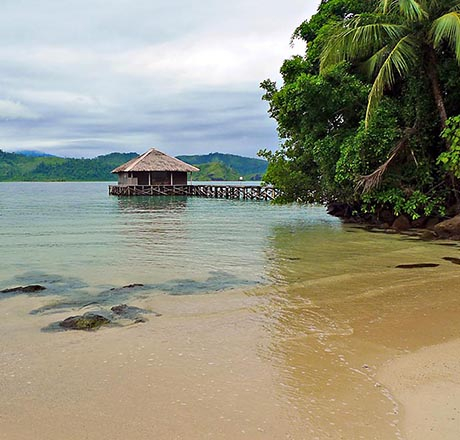 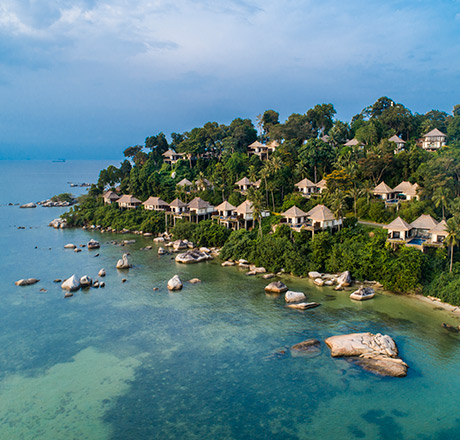