Long overshadowed by its reputation as Japan’s premier producer of gold, there’s a wealth of culture and an intruiguing history just waiting to be discovered on beautiful Sado Island.

As Japan’s main domestic source of the most precious of metals, Sado Island, located 330 kilometres north of Tokyo in the Niigata Prefecture, has long been known as the Island of Gold. Located 45 kilometres west off the coast of Niigata, its isolated location and fascinating history make it an incredibly interesting place to visit – if you know where to go.

Culture on Sado was formed in three waves. The first was the aristocratic culture, which began due to an influx of political and noble exiles who were banished to the island. The second wave – samurai culture – arrived on Sado via commissioners and officials during the growth and development of the gold mines. Third, the merchant culture was introduced by sailors travelling to and from Sado along their trade routes.

In the Middle Ages, Sado was just far enough from the cultural capital of Kyoto to be a home for exiles. During this period three prominent, highly educated people considered too important to execute were banished to Sado. They were Juntoku, a former emperor exiled in 1221, Nichiren, a Buddhist priest exiled in 1271, and Zeami, a Noh artist exiled in 1434. Upon their arrival they began to spread their beliefs on religion, share an appreciation of the arts, and educate the islanders on their aristocratic way of life.

Noh theatre is an integral part of Sado culture, not just for the rich and sophisticated members of society, which was the case in the rest of Japan. In fact, here in Sado, farmers too used to sing Noh songs as they worked in the fields. There are currently 30 temples and shrines containing Noh stages in Sado – they make up around one-third of all Noh stages in Japan – although it’s believed at one point there were more than 200 on the island.

Ozen Shrine is one of those remaining 30 and, as you walk along the overgrown path leading up to it, passing through the torii gate with its peeling, dulled paintwork, you get the sense you are entering a place forgotten by time. Being able to see a shrine complex ageing gracefully is a rare and beautiful sight, and the centrepiece is the stunning Noh stage. Crafted from unvarnished wood and protected from the rain by a thick thatched roof coated in a layer of moss, it possesses an almost ascetic nature. Noh performances are still held here in June, with a wood fire lighting the stage. It must be an incredible sight to behold.

Seisuiji Temple is another must-visit location in Sado that evokes similar feelings, only on a much grander scale. In the year 805, Emperor Kanmu lamented those living in distant Sado couldn’t easily make the pilgrimage to the temples of Kyoto, so under his ordinance an equivalent temple – Seisuiji – was finally built in 808.

An uneven rock staircase rises up the hill, flanked on both sides by Japanese pine trees boasting thick canopies protecting those who walk the path from the elements. At the top you find a large temple complex of 15 buildings, with the elevated main structure obscured by trees. Time has stripped away at the surfaces, removing the varnish and decorations that adorn the more well-maintained temples and amplifying the craftsmanship and care that went into the construction of these now weathered buildings. Being able to wander around this serene space, and focus on the individual components that make Japanese temples the flawless edifices they are, is an experience I never thought possible.

The old town of Shukunegi, on the far southwest of the island, was the base for merchant culture on Sado. As the gold mining industry was flourishing, this village thrived as a port of call for ships travelling from Osaka to Hokkaido. Those living in Shukunegi at the time reaped the benefits, at one stage taking in one-third of all money made on the island. Once the port moved to Ogi, five kilometres away, the shipbuilders moved permanently into Shukunegi and the area has since been preserved in its exact form.

The village is dense and quite claustrophobic, with more than a hundred houses packed together. As soon as you arrive you get a real sense of what it must have been like to live in Shukunegi at its most congested. But the village isn’t just a living museum; the vast majority of the houses are still occupied, with a few even open to the public. Inside they are exquisite and it’s obvious no expense has been spared preserving them – you can see how they were expanded from one to two floors, with lacquered walls and large hand-painted fusuma sliding doors. The merchant carpenters’ skills were not wasted.

If you head to the rear of the village, there’s a flight of stairs you can climb that offers sweeping views across the entire settlement. Cedar has not only been used for the walls of buildings here but for the roofs as well, with the shingles held in place with stones. As the men of Shukunegi were busy working on the boats, it was the job of the women to climb up and replace the shingles every two to three years.

The Ogi Folk Museum was originally established in 1920 as an elementary school, and is well worth a visit. In the main building sits an almost 30-metre-long wooden boat, a true-to-size replica of a Sengokubane cargo ship called Hakusanmaru. Originally built in 1858, it would regularly sail the trade route from Osaka to Hokkaido. Traders would buy and sell goods as they made their way along the coastline, and also disperse wares that were unique to certain areas. For example, traders would take seaweed and dried anchovies from the north of Japan to Osaka, where it was used in fertiliser for the cotton fields to increase the yield and quality of the cotton.

Opened as a museum in 1972 with an aim to share the culture of Shukunegi, the museum now displays more than 30,000 objects and artefacts. These include everything from clothes and fishing equipment, clocks and cameras, as well as antique items from Kyoto that arrived during the busy trading period.

One of the unique aspects of life on Sado Island has to to be to the tarai bune (tub-shaped boats). It is said an earthquake during the Edo era changed the shape of Sado’s coastline, making it difficult at low tide for fishermen to get their boats close to the shellfish. They came up with the idea to use washing tubs as boats since they are easy to navigate through narrow, winding coves and along rocky coastlines. Tarai bune with glass windows are available to rent on Sado, giving you the opportunity to see through to the bottom of the ocean as you traverse the small inlet between Yajima and Kyojima, two small islands off the coast of Ogi.

This feature was sponsored by JNTO (Japan National Tourism Organization).

In Tokyo, catch the JR Joetsu Shinkansen north to Niigata, which takes about two hours. From there, Sado Kisen’s car ferries and high-speed jetfoils travel to Ryotsu on Sado Island. The journey takes, respectively, either an hour and 40 minutes or 65 minutes.
jreast.co.jp
sadokisen.co.jp

For information on what you can see and do on Sado Island, visit the region’s tourism site or the JNTO website.
visitsado.com
jnto.org.au 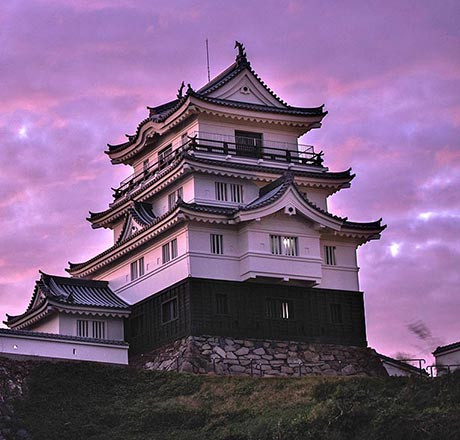 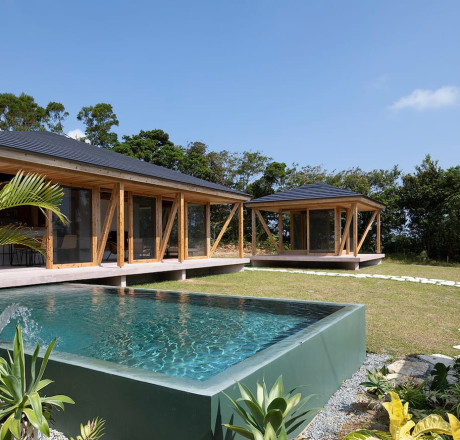 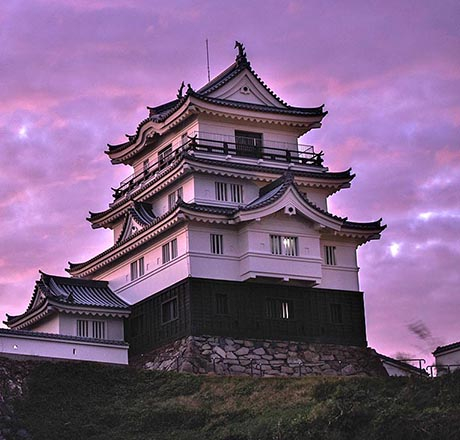 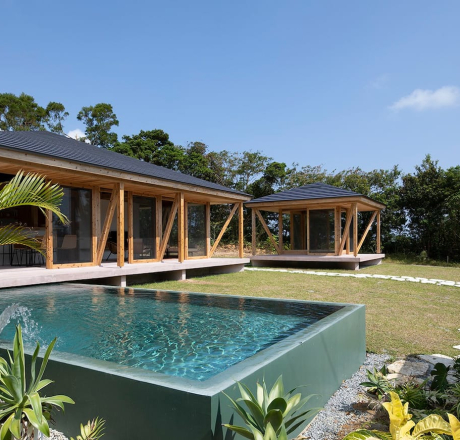