In pursuit of pastry

In pursuit of pastry

On a tour of Quito, Nikola Sarbinowski discovers a centuries-old Ecuadorian love affair between the people and their pastries.

We are in a basement below the streets of Quito. A guard stationed at the door of the shopfront keeps an eye on the street outside. The grandmotherly Manuela Cobo stands before us, telling us about her white powder problem. She only buys the best, and finding a trustworthy supplier poses a challenge. Sometimes dodgy dealers cut the good stuff with corn flour to boost their profits. You can usually tell if they are trying to flog a bad batch – the colour is wrong and the texture is off – but to be completely sure she gets hers checked in a lab.

The powder in question is a starch called arrowroot, a key ingredient in Manuela’s quesadillas, famous among those in the know in Ecuador’s UNESCO World Heritage-listed capital. Made from the achira plant, which grows throughout South America, arrowroot costs far more than other starches, but Manuela doesn’t take shortcuts. She sticks to a recipe passed down through the family for generations, and after 80 years in existence the San Juan Bakery has loyal customers.

Heat pours from a brick oven in one corner and the metal blades of a massive electric mixer tussle in another. We watch bakers roll out pasta-like dough, paste on tart cream cheese filling and craft the pastries into pentagons. In this little shop in the San Juan neighbourhood they shape, bake and sell a thousand quesadillas a day.

Pablo León, my guide on this Urban Adventures gastronomic tour of Quito, sampled quesadillas all over the city in the hopes of finding ones like those he devoured in his childhood. Back then, when the clock struck five, everyone would ditch their games and dash to their grandparents’ house for a snack. The pastries marked a daily reunion. “Forget about Mexican quesadillas,” he says. “It’s got the name but it’s completely different.” The Spanish brought the ancestor of the dish over in the seventeenth century, and its outer shell morphed into pasta with the arrival of Italians. Ecuadorians possess a voracious sweet tooth, so it is fitting that the local adaptation is a dessert.

Back above ground, we set to work consuming a delectable basket of baked goods. Mugs of Ecuadorian hot chocolate and slabs of something that look like butter are set on the table. Pablo explains it’s a cheese similar to mozzarella and we plonk it into the brew. The slices list on top like ships in distress, before sinking into the drink. The first sip is delicious – the chocolate is sweet and slightly textured – but the cheese hasn’t made much of an impression. Plunging in a spoon, I pull a gooey blob into my mouth and the saltiness balances the blend perfectly. A quesadilla trumps the spoon for the remainder of the mug, its crispy edges and aerated centre adding more layers of texture.

“Chocolate for us is like breathing air,” says Pablo, pointing out raw disks of the confection as our tour takes to the undercover walkways of the Santa Clara market. Little shrines sit on the walls honouring the saint who oversees the trade. “This is the old-fashioned way. The way our grandparents used to buy,” he explains as he snaps off an edge of the chocolate for me to try. It’s smooth, without a hint of the bitterness I expect from something so dark. The next step is to melt it down and beat the molten syrup into milk spiced with cinnamon and clove.

Ecuador is renowned for its cacao. Archaeologists have discovered evidence that people living in the Amazon consumed it 5000 years ago. The country’s high-quality Arriba beans, with their healthy fat profile and fruity and spicy flavour, are a prize export. Local companies have started producing their own luxury confectionery in recent years, and I palm off a couple of dollars for a bar of Pacari chocolate blended with Andean rose. A stall nearby sells bananas in colours I’ve never seen before, and I watch as a lady blitzes naranjilla, a fruit that looks a lot like a persimmon, into a pulp. “You’re not a good Ecuadorian unless you own a blender,” declares Pablo. “We’ll make juices out of anything!” 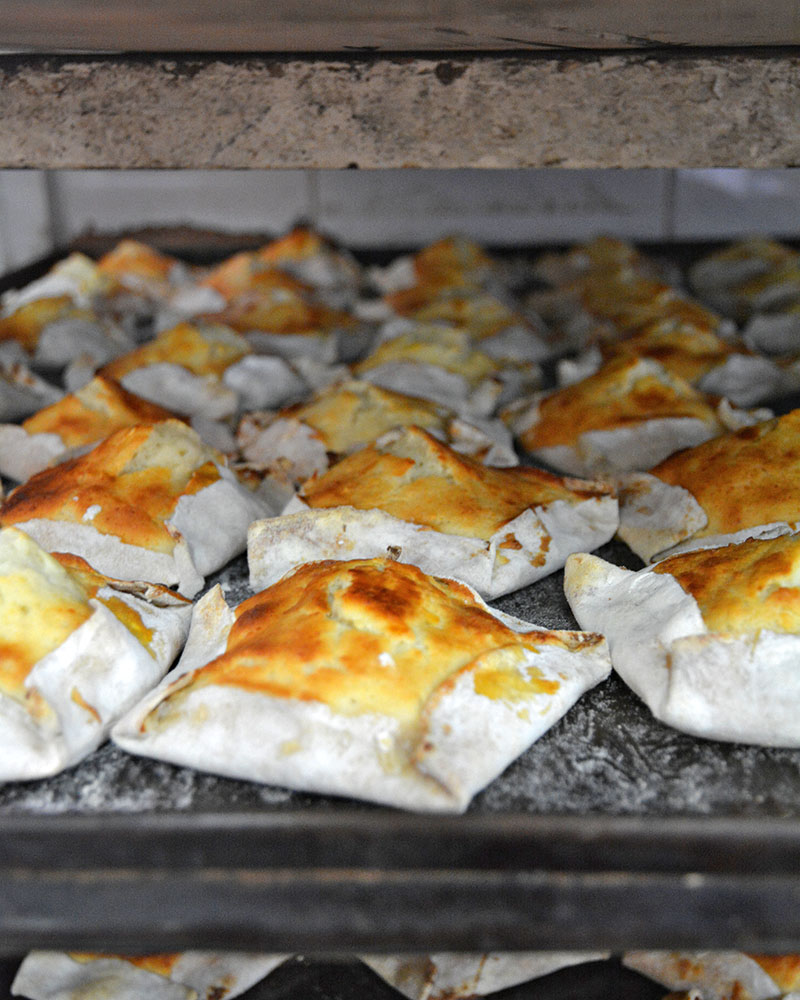 Pablo drives us past candy-coloured buildings to our final stop on the tour – a local home where we’ll take part in a cooking class. In the Old Town we spot stalls selling ponche, a slightly alcoholic barley drink, others plying tamarind and coconut juices from under rainbow umbrellas and another proffering snacks of haba (broad beans). Entering the central courtyard of a Spanish colonial-style home, Pablo promises Graciela Campaña, who is welcoming us into her kitchen, makes the city’s best empanadas de morocho (corn dough stuffed with savoury mince). Her son Louis sells them to markets and restaurants, but we’re here to sample them fresh from the source.

We try our hand at rolling out dough and patting on fat with our fingers, as well as folding pristiños, a doughy dessert, into the shape of little hats. Our efforts are rewarded with a feast and we settle at the table in the living room, surrounded by photos and porcelain figurines. It’s like stepping into my grandmother’s house, except an upbeat mix of accordion, maracas, drums and piano – Latin American cumbia music – mingles in the air with the appetising smells wafting from the kitchen. Like a local, I slather my empanadas with aji, the hot sauce made with tamarillo you find on every dining table in the country. Graciela’s boasts roasted peanuts from the markets and they add creaminess to the chilli and onion kick.

A jug of thick, fragrant tamarillo juice sits on the table. I drain a glass before munching on a tamale, a steamed bundle of maize flour, chicken and raisins. Even at room temperature, the juice is refreshing. It might not be possible to buy Ecuadorian-style quesadillas and empanadas back in Australia, but I’m sure I can find a blender. 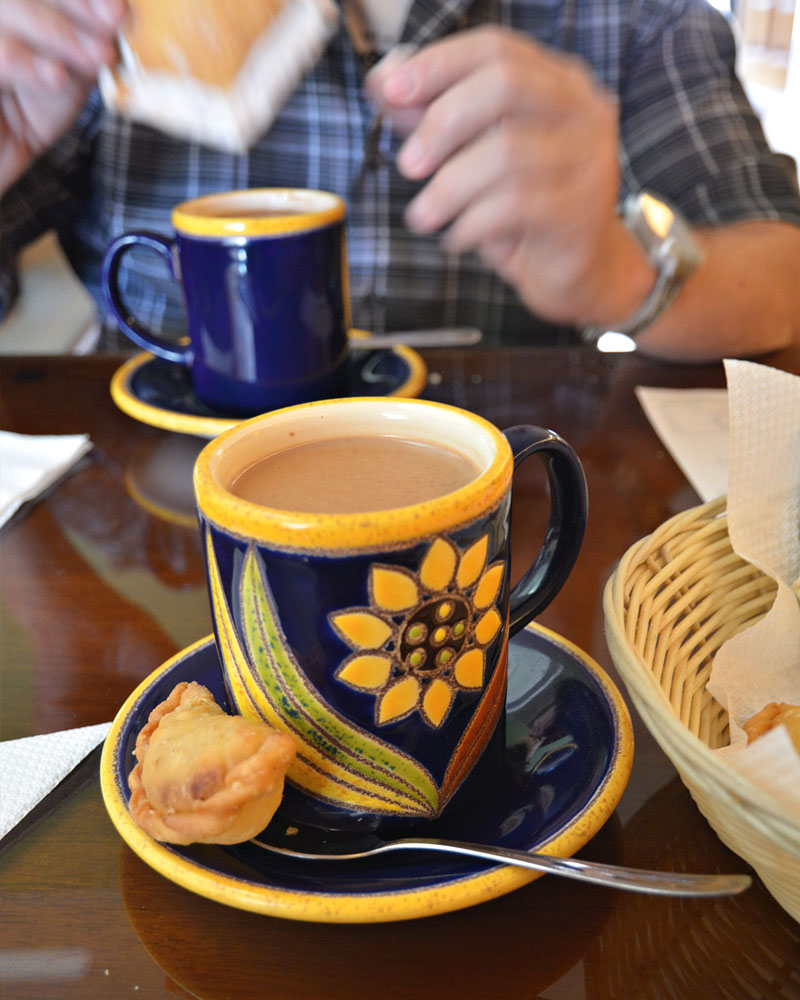 METHOD
Put the milk, cinnamon and cloves into a heavy saucepan and heat to just below boiling point. Remove spices and whisk in cocoa and grated chocolate. Add sugar to taste. Beat until frothy and almost simmering. Serve in warmed mugs with a slice of mozzarella on the side.

The six-hour Quito Sweet & Culinary Experience costs US$104 and includes pastries at a bakery, a market tour and cooking class.
urbanadventures.com stay
Sleep among...
Sleep among the Avenue of Volcanoes
VALLE DE LOS CHILLOS,...

Ecuador may be famous for the Galapagos, but there’s another...

Ecuador may be famous for the Galapagos, but there’s another attraction just as great as... do
Sail a...
Sail a prehistoric land
GALAPAGOS, ECUADOR

Explore one of the most unique archipelagos in the world on a...

Explore one of the most unique archipelagos in the world on a sailing tour through the... 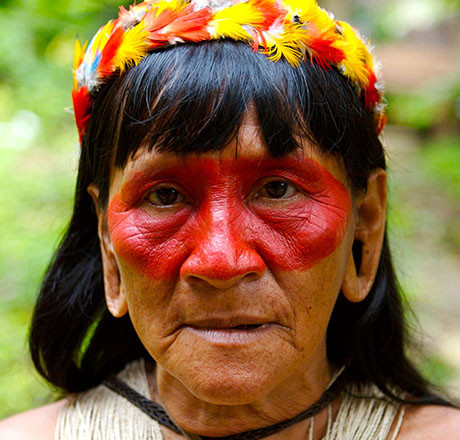 do
Meet the...
Meet the locals in the Amazon
THE AMAZON, ECUADOR

Delve into the Ecuadorian Amazon and step back in time to the...

Delve into the Ecuadorian Amazon and step back in time to the centuries-old world of the... 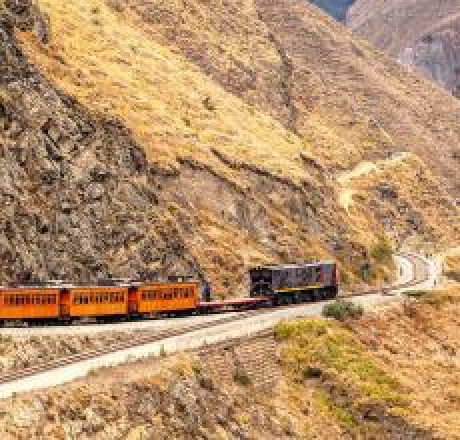 do
Ride the...
Ride the Devil's Nose
ALAUSI, ECUADOR

For the engineers tasked with building a train line between...

For the engineers tasked with building a train line between Quito and Guayaquil at the... Ecuador may be famous for the Galapagos, but there’s another attraction...

Ecuador may be famous for the Galapagos, but there’s another attraction just as great as... do
Sail a...
Sail a prehistoric land
GALAPAGOS, ECUADOR

Explore one of the most unique archipelagos in the world on a sailing tour...

Explore one of the most unique archipelagos in the world on a sailing tour through the... Delve into the Ecuadorian Amazon and step back in time to the centuries-old...

Delve into the Ecuadorian Amazon and step back in time to the centuries-old world of the... 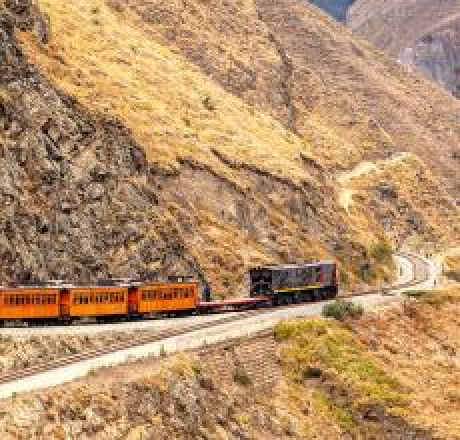 do
Ride the...
Ride the Devil's Nose
ALAUSI, ECUADOR

For the engineers tasked with building a train line between Quito and...

For the engineers tasked with building a train line between Quito and Guayaquil at the...