Forget the North Island or South Island, there are more than 600 other impressive islands surrounding the Land of the Long White Cloud.

DONUT ISLAND (WHENUAKURA)
Not far from Slipper Island, just a few hundred metres off the main beach of Whangamata town, Donut Island and its special geological formation can be found. Named specifically for the hidden hole in its centre, the ‘donut’ can be reached by paddleboard or kayak in just a few minutes. The hole is a result of a collapsed volcanic blowhole that has created a stunning turquoise lagoon. Search for the little cave to access the interior of the island, and marvel at the secret inside. Your Insta feed will love you for it.

Get there: hire a paddleboard or kayak in Whangamata town.

D’URVILLE ISLAND
For what is quite a big landmass, D’Urville Island is still one of the least-visited spots in all of New Zealand. There are only a handful of accommodation options here, with the upmarket D’Urville Island Wilderness Resort a more comfortable option compared to the rugged, Robinson Crusoe-esque fishing and hunting shacks that are camouflaged by the island’s wild landscape. D’Urville is on the outer edge of the Marlborough Sounds – a series of idyllic flooded valleys at the very tip of the South Island. The area is renowned for its great wine, sunshine and the aquaculture industry that’s sprung up in its hundreds of sheltered bays. D’Urville itself is so hard to reach that most New Zealanders will question it’s actual location. The French Pass – which is the narrow gap between the mainland and D’Urville Island – sees a huge volume of water rip through at each tide, creating whirlpools and dramatic currents.

Get there: by taking a winding drive from Blenheim or Nelson, followed by a short water taxi.

MOTURUA ISLAND
Singling out one island in an area that is literally called the ‘Bay of Islands’ is a little arbitrary. After all, there are 144 of them – mostly uninhabited – but many of which have stunning beaches and untouched forests. However, Moturua stands out for its fascinating history. Earthworks from several Maori pa (fortified villages) can be explored, and remnants of a World War II station are still visible. Most interestingly, the island was also the site of some of the earliest visits to New Zealand by Europeans. Captain Cook anchored in one of the bays, and a few years later in 1772 a French party also set up camp on the island, laying claim to the country. Unfortunately for them, the local Maori decided enough was enough, killing the French leader and 24 sailors, completely derailing their plans
for colonising the country.

Get there: access is by private boat, kayak or water taxi from Paihia.

SLIPPER ISLAND
Just three kilometres off the Coromandel Peninsula, this absurdly pretty place is home to a single resort. It covers the majority of Slipper’s 224 hectares, yet it features just five chalets, two dorm rooms, a handful of glamping tents, and a more rustic (and much cheaper) BYO tent-style camping ground in a private bay. It’s a remarkable setup and oddly affordable — given that for just AU$130 per person, per night 20 friends can book this entire island for themselves.

But you’ll need to bring your own food and booze as there are no restaurants or bars. The water is the major drawcard of this spot, with white sandy bays on the island’s western side and rocky coves to the east. Snorkelling, swimming and kayaking are the go-to adventure activities, with excellent fishing from land or boat.

Get there: by water taxi from nearby Tairua (15 minutes) or helicopter from Auckland.

RAKINO ISLAND
There’s a good chance you’ve heard of the popular Waiheke Island, with its generous covering of vineyards and restaurants. But have you ever heard of Rakino? Just a stone’s throw from Waiheke, and accessible by ferry from downtown Auckland, Rakino is far more tranquil than its brassy, upmarket neighbour. That’s partly because the island’s inhabitants live completely off the grid, with all power and water coming from solar panels and rain. There are no shops on Rakino, but you can rent a charming holiday house (also known as a ‘bach’ in New Zealand) for the ultimate unplugged getaway. The best way to get around the island, according to the ferry service’s website, is “walking or by tractor”. So… you get the picture.

Get there: by ferry or private boat from Auckland.

GREAT MERCURY ISLAND
Great Mercury Island occupies an odd place in the New Zealand national consciousness. It’s owned by Sir Michael Fay and David Richwhite, two merchant bankers who became extraordinarily wealthy in the 1980s by helping the country privatise its rail, telecoms and banking sectors. A couple of deals later and the pair were rich enough to buy this piece of paradise off the coast of the Coromandel, where they now host guests like U2’s Bono in a luxury lodge for a piddling AU$46,000 per night. The good news for the rest of us regular folk is they still let visitors experience the island’s perfect beaches, from where you can enjoy spectacular swimming, scuba diving and gathering your own world-class seafood.

Get there: charter a boat from Whitianga (one hour) or a helicopter from downtown Auckland (30 minutes).

STEWART ISLAND (RAKIURA)
Separated from the South Island by the stormy Foveaux Strait, Stewart Island is like a giant nature reserve. Also known by its Maori name, Rakiura, the island has a cool, southerly climate and some unique wildlife. It's a bit like some kind of Tiny Tasmania, complete with all the same unpretentious locals that you’d expect to find in a spot detached from mainland life. Oban is the only town here, and there’s also just one pub. Don’t miss trivia night on a Sunday when it feels like the whole island turns up to drink pints, invent silly team names and argue about Queen lyrics. Aside from enjoying the pub, you’ll also want to experience some of Rakiura’s famous fauna. Head up to the rugby pitch at dusk for your best chance of spotting wild kiwi, watch out for whitetail deer that almost outnumber humans, or go cage diving with great white sharks. Our must-do experience? Charter a light aircraft from the mainland and have it land you on a remote beach near a Department of Conservation hut. You can stay in the rustic cabin until you run out of food and wine – or your flight comes back for you.

Get there: catch a ferry from Bluff (one hour) or a flight from Invercargill (20 minutes). 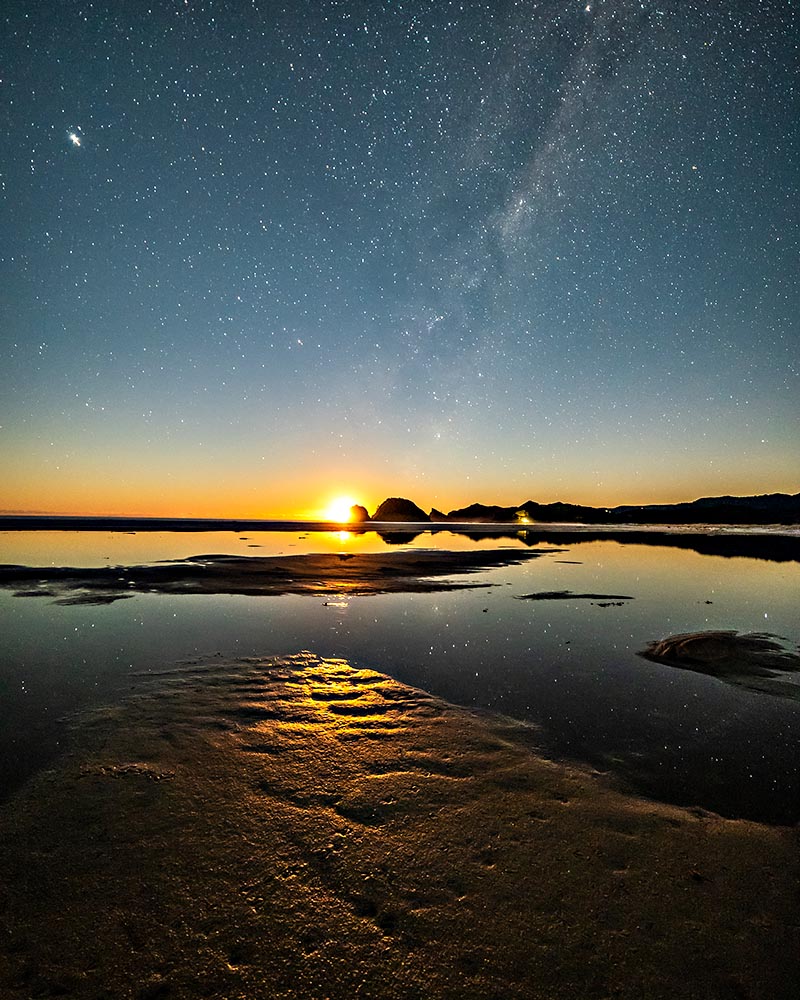 GREAT BARRIER ISLAND (AOTEA)
Staying on Great Barrier Island is like experiencing New Zealand as it was in 1960. Everything here happens at about a quarter of the pace of the rest of the country. There’s an old-fashioned charm to the way things are done by the very friendly 800 locals, and there’s a noticeable nostalgic beauty that hangs in the air. The water is brighter and clearer than anywhere else in the country, but be prepared for the raucous, rust-coloured forest parrots called kaka that screech at you from the sky. There’s a good range of accommodation available – from backpacker lodges and campsites, to some very fancy houses. Stay, surf, swim, then try to work out the logistics of how you could relocate here for the rest of your life.

Get there: a car ferry sails daily from downtown Auckland (four hours) or a simpler option is to fly from Auckland Airport on one of the island’s two airlines (30 minutes).

CAMPBELL & AUCKLAND ISLANDS
Wet, cold and lonely, Campbell Island (Motu Ihupuku) sulks 700 kilometres south of the mainland, with Auckland Island (Motu Maha) a smidge closer at 460 kilometres. Despite this remoteness, each island attracts a regular trickle of visitors. Wildlife and photography buffs are drawn to the rich bird and sea life that use the island as their home, while visitors carefully pick their way around the sea lions that litter the beaches and snooze in the wind-gnarled forests. Conservation laws lay out strict rules around keeping a reasonable distance from the wildlife – though it’s sometimes hard to comply when a blubbery alpha male sea lion decides to challenge you. Which does happen here on occasion.

Get there: Heritage Expeditions’ next departure is in early November. Arcadia Expeditions' new 'Story of Aotearoa' is no normal... Snuggle in style under the stars in your very own... stay
Sleep under...
Sleep under the stars in the Waitaki...
OTIAKE, NEW ZEALAND 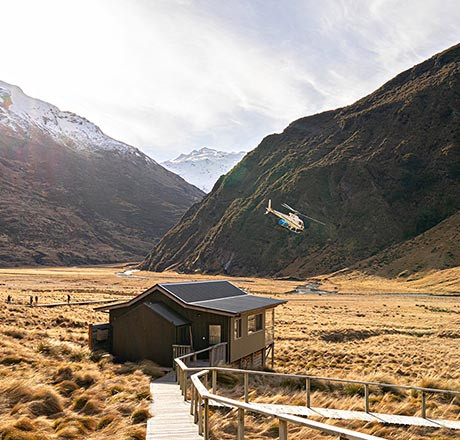 You know a place is remote when there’s no road access and...

You know a place is remote when there’s no road access and the only way in is by... 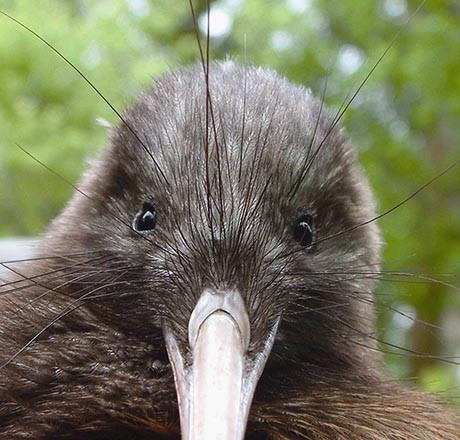 do
Join the...
Join the search for the elusive kiwi
HAWKE’S BAY, NORTH ISLAND

No trip to New Zealand is complete without seeing the...

No trip to New Zealand is complete without seeing the country’s flightless national... 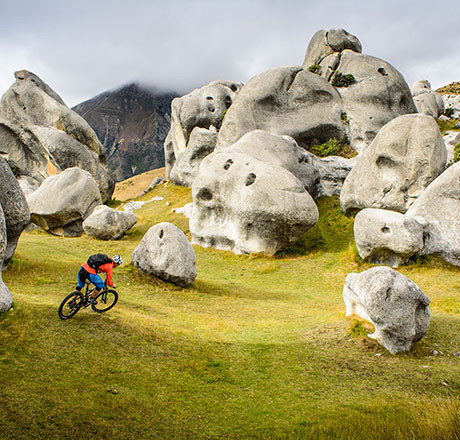 Get your blood pumping on a 10-day Storm of the South Island...

Get your blood pumping on a 10-day Storm of the South Island cycling adventure in New... Snuggle in style under the stars in your very own custom-designed treehouse...