Mark Eveleigh undertakes a breathtaking crossing of the Venezuelan Andes on horseback.

We spurred our horses onwards in an effort to get to shelter before nightfall. Palm-fringed beaches lay only 160 kilometres to the north, but the Caribbean trade winds had chilled dramatically as they reached the steep Andean slopes. It was easy to appreciate the feelings of fear and respect this mountain landscape, with its eerie swirling mists, evoked in the first Venezuelans. The high sierras were seen as the domains of evil demons and the phrase pasar el páramo – to cross the highlands – is still synonymous, in local slang, with death. 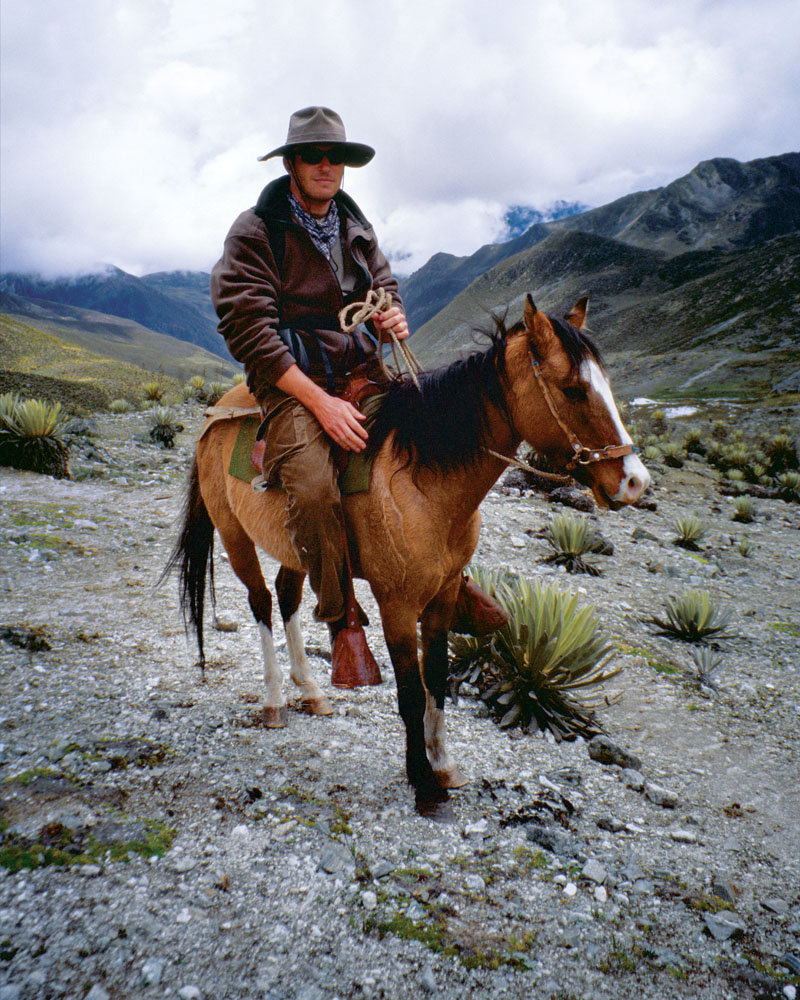 From up ahead, I could hear the shouts of the muleteers as they drove the cargo animals over the ridge. The remainder of our motley mule-train straggled down the winding trail. Far below, I could just make out the red jacket of Paul Coudenys, riding a ‘rearguard action’ against the rising afternoon mist. As the owner of the strangely, if memorably, named Hippo Trek, Paul has ridden in 50 countries. Yet this was to be his first Andean crossing. At around 4400 metres, we were probably the highest horsemen in the world at that moment and we were almost certainly the first foreign riders to follow this route since the Spanish conquistadors blazed this trail in their quest for the mythical El Dorado. We did, however, have the benefit of 500 years of hindsight and, to give ourselves time to acclimatise to the altitude, we were making the ride in reverse, uphill direct. Where the conquistadors had the only horses on the entire continent, our ‘pioneer column’ was able to hire teams of more than 20 fresh mounts and cargo animals for every new section of the trail, so there’d be no need to force lowland horses into activity at dangerously high altitudes. I quickly discovered it felt safer on these steep mountain trails, often lined with sheer drops, to be leaning forward over the horse’s neck rather than lying back over the swaying rump. We also had the guarantee of a warm bed – or at least a sleeping bag on the verandah of a ranchito – and a nightcap (of even warmer Venezuelan rum) at the end of each day’s ride.

Horseriding is a great leveller. There is much less class difference apparent between a rider and an arriero (muleteer) than there is between a trekker and his porters. The isolated villages we were passing through survive only because of the mule-trains that ferry produce and goods along the mountain trails. The animals are crucial to survival here and, despite the fact that we were ‘rich tourists’, the mountain people were able to relate to us because of our mutual reliance on the animals.

We already seemed an entire world away from the eden we’d ridden through earlier in the week. We had left the swampy cattle-country of Los Llanos and within three days had climbed into the virgin rainforest that shrouds the branch of the Andes known as Sierra Nevada. The Canagua River, rushing to join the mighty Orinoco, began to tumble with increasing ferocity and we often had to dismount to lead our horses across a chain of swaying suspension bridges. 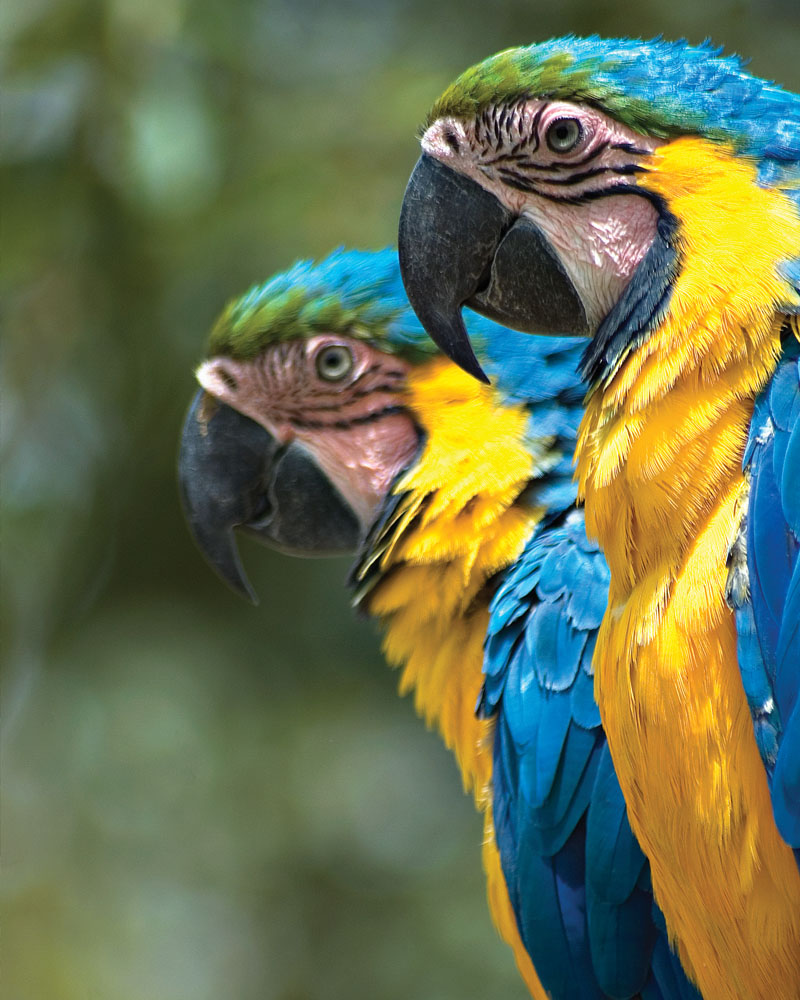 I had ridden in much faster and tougher conditions in other countries, but soon realised, despite the lack of galloping space, horseback was the ideal way to experience these mountain trails. Compared with stumbling wearily over slimy trails under the weight of a loaded backpack with eyes fixed on the root-strewn track, horseback jungle trekking can seem like an almost sinful pleasure. Even along the cloud-forest trails of Venezuela, I was able to see more jungle life than I could ever remember seeing on foot. “There are no handles to a horse,” the author of an early riding handbook advised his readers, “but the 1910 model has a string to each side of its face for turning its head when there is anything you want it to see.” I let the horse take care of the walking and kept my eyes occupied with the quicksilver flight of hummingbirds and orchids I would never have noticed on foot. As an added bonus, I had a mobile stepladder from which to pick wild guava.

We spent a whole morning on a steep, slippery climb through the cloud forest but, at mid-afternoon on day five, rode out into a region of wide grassy meadows where the horses broke into a cheerful canter. We suddenly realised we’d left the treeline and were on the high páramo. Spiky-headed frailejón plants and lichen-covered rocks replaced the dripping lianas and moss-shrouded trees of the tropical forest. We were now more likely to see a wheeling condor than a flock of bickering parrots. The countless hummingbirds that had buzzed around us in the steamy valleys below were replaced by a single hardy and unique species that hibernates every night to survive the cold.

After several days cocooned in the forest, the wide-open spaces of the mountains were vaguely intimidating and we initially spoke in hushed tones. The muleteers knew the narrow trail that zigzagged endlessly upwards as la carretera (the highway). Our previous steady but slow progress provided as much opportunity for exploration as for contemplation, but we now enjoyed short, exciting canters across flat Andean meadows. During one such gallop my highland mare was accompanied by her stallion (a pack horse) and their yearling foal that dashed in front, kicking up his heels like a gangly bronco. I whooped and waved my hat as my private stampede charged across the meadow. 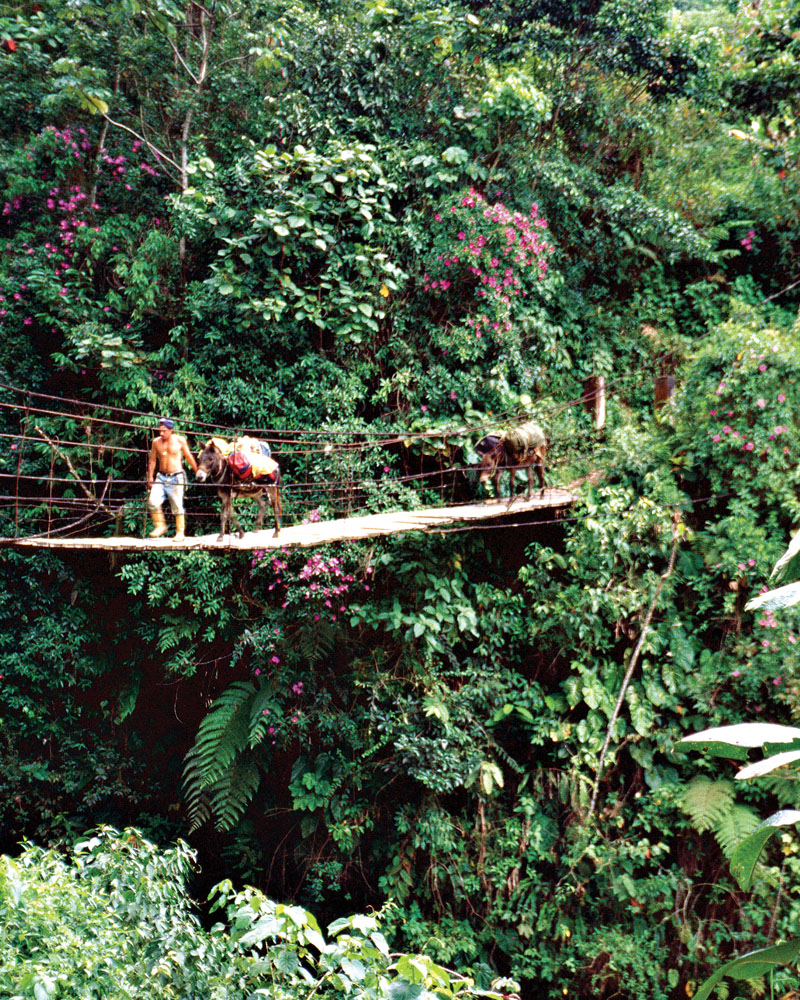 Many historical horseback explorers looked upon their mounts as no more than expendable pieces of equipment. One nineteenth-century adventurer won a $1000 bet by riding 1300 kilometres from New Mexico to Missouri in less than eight days. He killed three horses and two mules in the process. The famous Central Asian explorer, Sven Hedin, took it almost as a matter of course that a single expedition cost nearly 300 horses. Today’s horseback travellers and most horse-related tourism operators are doing their best to put the animals first. Even the careless outfits in the developing world are, to some extent, being forced to cater to the foibles of animal-loving tourists who complain about mistreated horses. Reputable operators like Hippo Trek are always careful to make the welfare of the animals paramount. We changed to fresh horses every day. An unexpected advantage of this equestrian promiscuity was that we had the opportunity to meet and travel with muleteers and guides from almost every village in this part of the Sierra Nevada. Each of these little bands had an intimate knowledge of the dangers and highlights of their own section of the ancient trail.

The conquistadors found nothing to keep them in this area and the local population has waned in recent years. One in three Venezuelans now lives in the capital and, in every village we rode through, boarded-up houses stood testament to a growing exodus of campesinos toward the slums of Caracas. The town of El Carrizal was an extreme example of what is happening all over Venezuela, once one of South America’s richest countries. Founded 150 years ago, El Carrizal quickly grew to become a successful farming village with rich harvests of bananas, avocado and coffee. While everything that the town required – chairs for the schoolroom, an organ for the church, a flushing toilet for the headman – had to be carried for three days on a mule, only a few decades ago this was a thriving community of a hundred families. Today it is home to just six people.

A Venezuelan foundation, Programa Andes Tropicales (PAT), promotes sustainable tourism in the area in the interests of tempting the campesinos to stay in the campo. The philosophy is that Don Rafael, patriarch of El Carrizal’s last family, should be able to make about half of his annual income through offering accommodation to travellers like us, while other people in the area work as guides or provide food or mules. The inability to live entirely from tourism should preserve the traditional lifestyle. 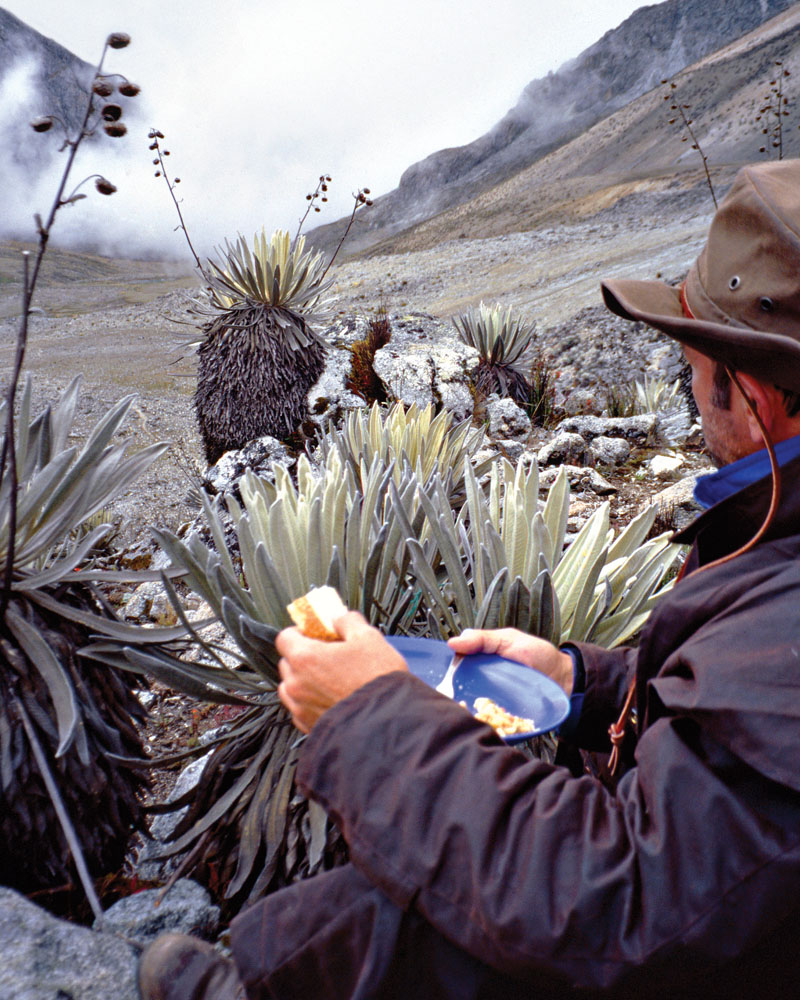 We bathed en masse in the icy river that runs past El Carrizal. As we wandered back through the deserted village, Don Rafael proudly showed us around the church he hopes will one day warrant a visit from the mule-riding priest who once attended every Sunday. Eating hot pisco andino (fish and egg soup), slices of wonderful smoked cheese and arepas (corn cakes) with homemade custard-apple jam in Don Rafael’s kitchen, it was easy to feel pity for the ‘refugees’ from remote El Carrizal now subjected to the desperation and violence of life in Caracas. That evening, Don Rafael’s courtyard saw its first nightlife in some time with the muleteers producing a guitar and singing a chain of joropo ballads. Many of the songs dealt with the exploits of their hero Simon Bolivar who, during the course of his campaigns against the Spanish, is said to have ridden the equivalent of three times around the world and fallen in love 50 times.

Our little expedition was never destined to become the subject of the next generation of joropo ballads. However, by the time we crested the highest point of the páramo and began our descent towards the bright lights of Mérida, I had ridden four horses and three mules, worn the seat right out of a brand new pair of corduroy trousers and done irreparable damage to my salsa technique. We felt that after eight days on the trail we had earned the right to celebrate with a night or two in this big city.

LATAM flies from Australian cities to Santiago. From there Avianca flies to Caracas in Venezuela.
latam.com
avianca.com 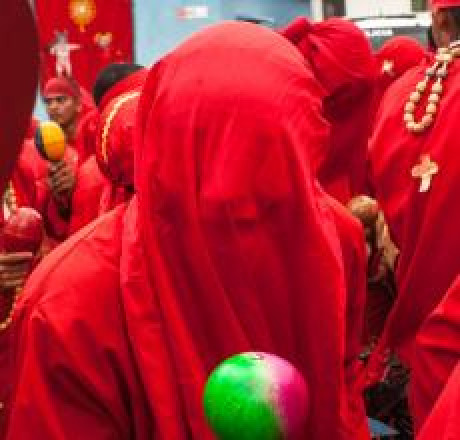 Dancing devils at a religious festival designed to commemorate... 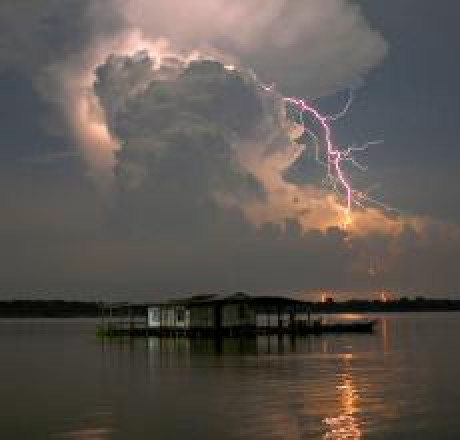 do
Watch...
Watch lightning lash the earth at the...
LAKE MARACAIBO, VENEZUELA

If you don’t believe in ancient Greek gods, let alone their... 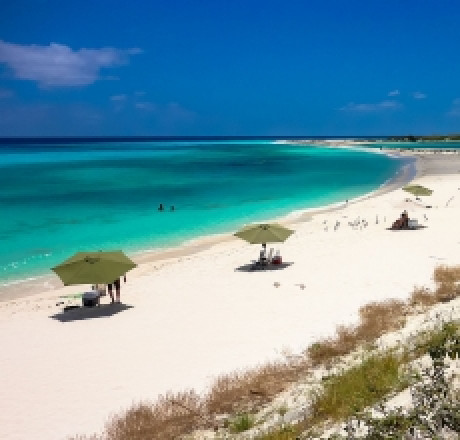 If you’re keen to get off the grid, the Caribbean islets of... 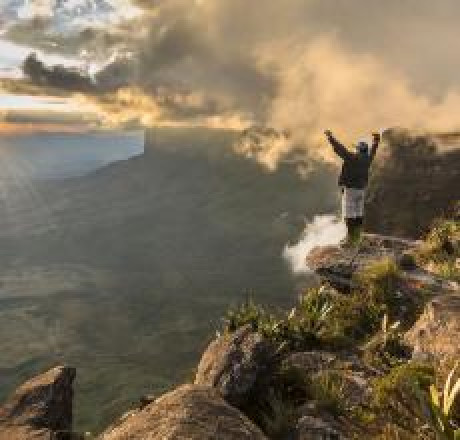 A colossal tabletop mountain that broke through the earth's... 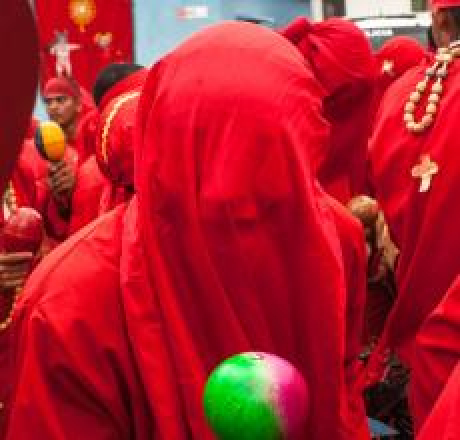 Dancing devils at a religious festival designed to commemorate the triumph of... 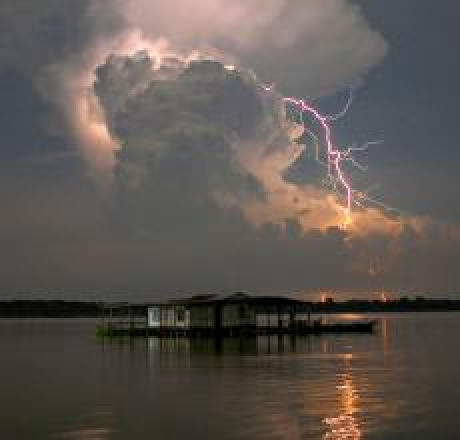 If you don’t believe in ancient Greek gods, let alone their hold over the... 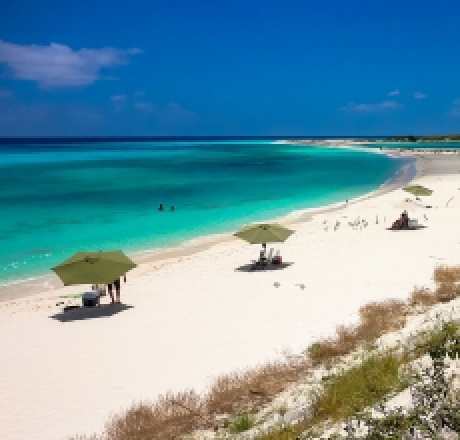 If you’re keen to get off the grid, the Caribbean islets of Los Roques are... 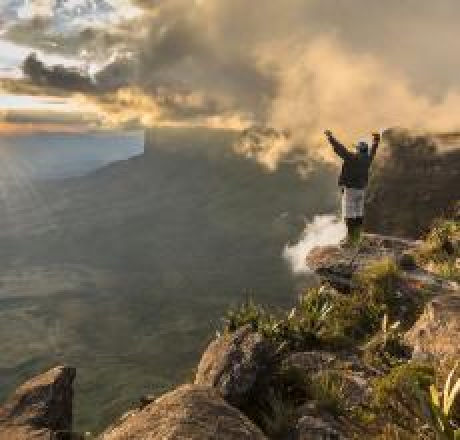 A colossal tabletop mountain that broke through the earth's crust two billion...