Outrunning grizzlies, dodging killer pigs and surviving the bite of flesh-eating parasites are all in a day’s work for photographer Joel Sartore, as Kris Madden explains.

In two decades as a photographer for National Geographic magazine, Joel Sartore has been chased by bears, lions and elephants. However, sometimes it’s the smallest creatures that are the most dangerous.

“I’ve been charged by musk oxen and grizzly bears while on assignment, and either one of them could’ve very easily killed me,” Joel says. “But most times, wolves and anacondas aren’t the biggest sources of concern. In many parts of the world, photographers face malaria, yellow fever, typhoid and myriad other nasties.”

While on a trip to Uganda, Joel had a close brush with the deadly Marburg virus. He was in a cave photographing Egyptian fruit bats, and caught a dollop of fresh guano (bat poo) directly in his eye. He was subsequently told by the Ugandan Centre for Disease Control that the cave was a breeding ground for the Marburg virus, that he shouldn’t have gone in there and to go home immediately before he became contagious.

The virus causes a gruesome death. Closely related to the Ebola virus, it creates haemorrhagic fever, meaning victims basically bleed from multiple organs and orifices. The disease is 90 per cent fatal in Africa. Joel made it through the incubation period miraculously unscathed and, although that experience might scare some with less dedication, he’s been back to Africa three times since, all without incident.

He was less fortunate in South America. Following a trip to Bolivia, Joel noticed a wound on his leg that wouldn’t heal. He had developed leishmaniasis, caused by a flesh-eating parasite he’d contracted through a sandfly bite. The infection spread to his lymph system and created a hole in his leg that could only be treated with surgery and chemotherapy. He won’t know for a few more years if he’s fully cured.

It was also in Bolivia Joel learned about man-eating pigs during a challenging assignment that put him at the mercy of the local wildlife. His guides relayed stories about the pigs he was trying to photograph and how they had pulled one man out of a tree and torn him to pieces. Another local survived an attack, minus his backside. “He didn’t get quite high enough in the tree and the pigs bit it off,” Joel says.

Even a seemingly innocuous expedition photographing Bolivian butterflies brought with it a sting in the tail. “I was lying in my own urine on the beach for several hours, hoping to draw in butterflies to photograph them. I was stung by wasps on both hands and bats urinated on my face each night through the mosquito netting.”

It’s enough to put off the most snap-happy budding photographer, but not, apparently, Joel’s many admirers. The question he is most often asked is: “How do I become a National Geographic photographer?” His short reply: “By being very persistent.”

“I got into photography in high school after borrowing an old Olympus camera from a friend’s father. After taking classes in everything from astronomy to beekeeping, I majored in photojournalism at the University of Nebraska–Lincoln.”

Joel sent in his best work for more than two years before clinching his first assignment.

“To get into National Geographic, you have to offer them something they don’t already have access to, which is a tall order. It’s not enough just to be a great photographer. You have to be a great photographer and be able to dive under sea ice, spend days in tree stands in the tropics, or be an absolute genius at lighting impossible situations. I worked like crazy on those early assignments and did everything I could to make sure the photos were stellar.”

I was lying in my own urine on the beach for several hours, hoping to draw in butterflies to photograph them. I was stung by wasps on both hands and bats urinated on my face.

Today, through his photography, Joel is on a mission to document endangered species in order to illustrate a world worth saving.  His latest passion is a project called the Photo Ark. Already he has photographed more than 2800 species, including upwards  of 150 during a recent visit to Australia and New Zealand.

“The goal of the Photo Ark is to document biodiversity, show what’s at stake and to get people to care while there’s still time,” he says.  It started simply enough with endangered amphibians. “I read an essay on amphibian decline and knew I needed to do something to show these species to the world before they were gone forever. As I went from place to place, I’d hear about other species in trouble: primates, reptiles, migratory birds and more. So now I photograph anything that will hold still on a background long enough for me to take a picture.

“At current rates of decline, many scientists predict we could lose up to half of all species by the year 2100 [reports in 2016 show about 60 per cent of the world’s fish, animal and bird populations have been wiped out in the past four decades]. It’s folly to think that we can doom that many species to extinction, but that people will be just fine. We must have pollinating insects to provide us with fruits and vegetables. We must have healthy rainforests to regulate our climate. The real truth is that when we save species, we’re actually saving ourselves.”

Joel enjoys photographing endangered species, especially the smaller creatures nobody has ever heard of. In some cases, he says, a well-timed article can save a species by drawing attention to its plight. For example, one article and images on Bolivia’s Madidi National Park drew international attention to the area, and assisted in derailing plans for a hydro-electric dam.

“It’s not enough, nor is it responsible journalistically, to just show pretty animals in an idyllic landscape,” he explains. “We must show the threats to these creatures as well. We can’t pretend any more that everything is lovely. Our photos need to inform readers of what’s really going on out there.

“It’s imperative that we try our hardest to do the most good we can with our time on earth. Heroic acts aren’t necessary and small things can add up to a big difference. You simply have to care.” 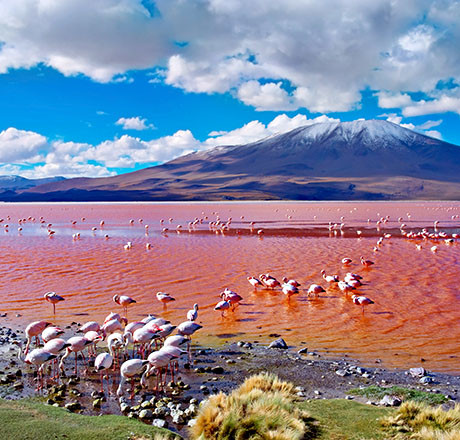 do
Bolivia’s...
Bolivia’s red lagoon is no illusion
POTOSI, BOLIVIA

You’d be forgiven for thinking this expanse of red water was... 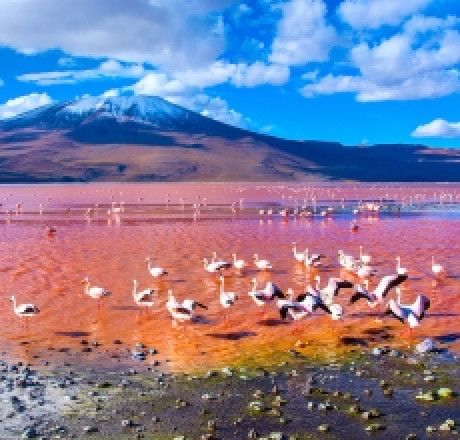 Welcome to a natural landscape that appears positively... 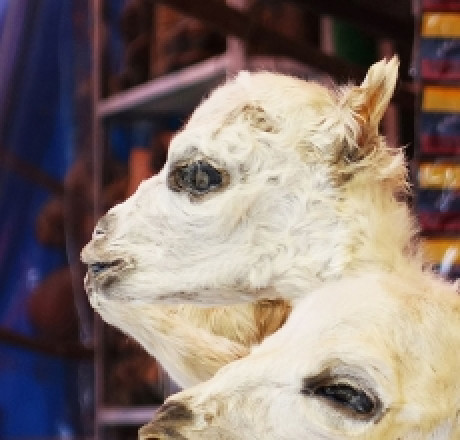 Love, money, luck: everything you could possibly want can be... 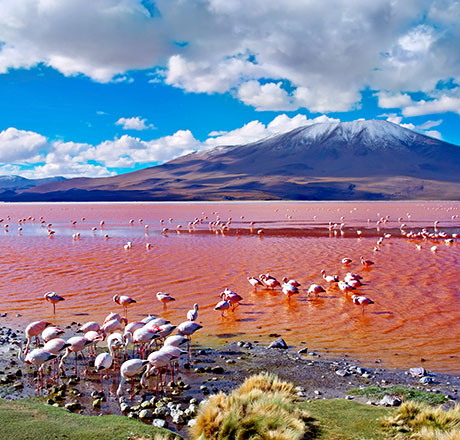 You’d be forgiven for thinking this expanse of red water was a mirage if... 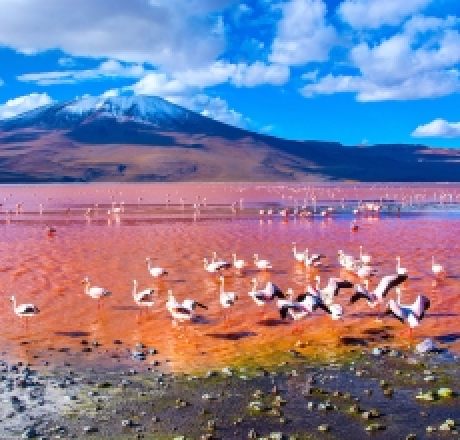 Welcome to a natural landscape that appears positively extraterrestrial.... 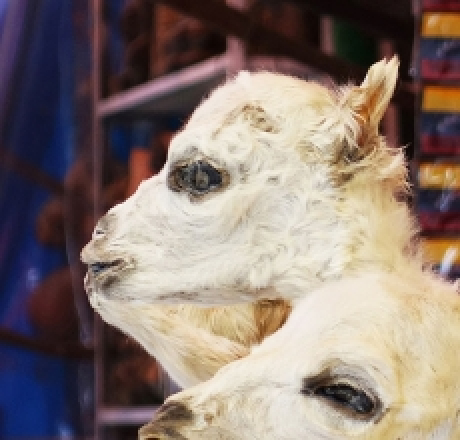 Love, money, luck: everything you could possibly want can be summoned at La...