Travelling through Mongolia’s dramatic landscapes, Tatyana Leonov discovers a land of ancient monasteries, soaring mountains and people with a penchant for vodka.

It’s been a whole two hours since we left Ulaanbaatar and I’m by no means comfortable anymore… nature is calling. I’ve been looking left and right in search of a tree but all I see are miniscule shrubs sporadically dotted across an ironed-flat land. Eventually I can’t hold on anymore and tell Shinee, our guide for the next 15 days, and Sansar, our driver, that it’s time for what we call a ‘nature stop’. A few of the other travellers in our group of six look on in relief. Evidently I’m not the only one who needs to stop.

Sansar pulls over and Shinee declares that men go left, women go right, clearly having done this many times before. “This is how nomadic Mongolians do it,” she chuckles, obviously enjoying this part of her job. “You’ll manage.” One of the women in the group attempts to chat while I’m mid-nature stop but I politely explain it’s no time for small talk. It’s day one, after all, and we’ve got two weeks together. Back at the van I declare nature stops talk-free. Everyone agrees.

We are journeying through one of the world’s most sparsely populated countries in Sansar’s trusty UAZ Russian van, taking unpaved roads that slash across a landscape millions of years in the making.

Around half of Mongolia’s three million-strong population live in the pulsating capital, Ulaanbaatar, or one of the other emergent cities. (The country is going through a mining boom and many former nomads are moving to towns.) The other half live life much like they have for centuries. Families reside in traditional gers and move three or four times a year with the change of seasons. Travelling with Intrepid Travel, we are here to see the real Mongolia – the seemingly endless plains, vast deserts, towering mountains and the people that call this wild and intoxicating landscape home.

Shinee warns us that some days we will spend up to eight hours on the road and perhaps only cover 100 kilometres, and although we have an itinerary, it is to be used as a guide only. “People are working on the roads so it’s very hard to estimate how long travel might take. It changes from month to month,” she explains. Sansar doesn’t say much and we assume he doesn’t speak English.

We pass sprawling fields of vibrant yellows, luscious greens and rusty browns. As the afternoon sun dances across an impossibly blue sky we sit and stare. This becomes my favourite activity.

One of our first stops is the ancient Amarbayasgalant Monastery, which was completed in 1736 and houses the remains of Zanabazar, one of Mongolia’s great Buddhist leaders. Named after two boys, Amur and Bayasqulangtu, who played where the monastery was later built, the complex is one of only a handful of monasteries still standing (having escaped destruction during the Stalinist purges of 1937). We roam around the deserted grounds taking in the chiefly Chinese-style architecture until we realise we’re not in fact alone as two young monks hurriedly walk past chatting animatedly to each other. Shinee explains that about 50 monks still call Amarbayasgalant home.

Our home for the night, like most nights, is a ger camp. These seasonal ‘hotels’ are set up by semi-nomadic businessmen during tourist season and welcome everyone from lone travellers to large groups. In the majority of cases, Westerners travel as part of a group tour as the roads can be hard to navigate. Out in the countryside there are no hotels, and gers and camping are the most popular accommodation options.

The aptly named Amarbayasgalant Ger Camp – comprising about 35 gers assembled in rows – is one of the bigger camps and has been operating for more than 15 years. Some gers have two beds, others four, and travellers generally share. A communal toilet and shower block is located towards the back and there’s a restaurant where groups dine together. There are no menus and the chef cooks whatever is fresh and available that day. We quickly discover that lunches at ger camps are extravagant three-course affairs, while dinners are more toned down, but still ample. Camps such as this one offer an insight into traditional nomadic life, albeit with many of the creature comforts of home.

It’s rude to say no to anything that is offered in a Mongolian home and we have no choice but to stay up drinking with the nomads.

Some days the grasslands stretch on forever with no trees, rocks or even shrubs in sight. Other days we drive through steep terrain with mountains so gargantuan you can’t imagine getting around them, but we do. We head north to Lake Khösvgöl and stop over at Blue Pearl Tourist Camp. The owner cooks fresh-caught lake fish one night and laughs heartily as he sips on a drink that he won’t share. We have a day to relax here and some of us go horse riding through a dense forest. Teamed up with a chain-smoking, mobile phone-talking guide, our horses trot through the bleak grey and murky-green woodland, then stop. Mongolian horses are petrified of yaks and we are forced to walk, leading the frightened animals back as dusk drapes over us.

Most of the time we spend a night or two at a camp and have one free day to explore the surroundings. We stop at the picture-perfect Terkhiin Tsagaan Lake with its absurdly crystal-clear water. Some sit and gaze, others partake in activities such as horse riding or trekking, and one of the bravest travellers in our group attempts a swim. He spends the following day rugged up still shivering. Although travellers have come from far and wide, everyone has one thing in common – the desire to immerse oneself in the vast and magnificent environment.

While we predominantly stay in ger camps, two homestays are incorporated into the itinerary and the group looks forward to this unique cultural experience. I assumed these were pre-organised and am very surprised one afternoon when we find ourselves scouring a barren landscape for two gers side by side that might accommodate us. Sansar (who after a few days begins to talk and we quickly learn his English is rather good) explains that two gers close together probably belong to one family, and a two-ger family will be more likely to squeeze in eight of us. 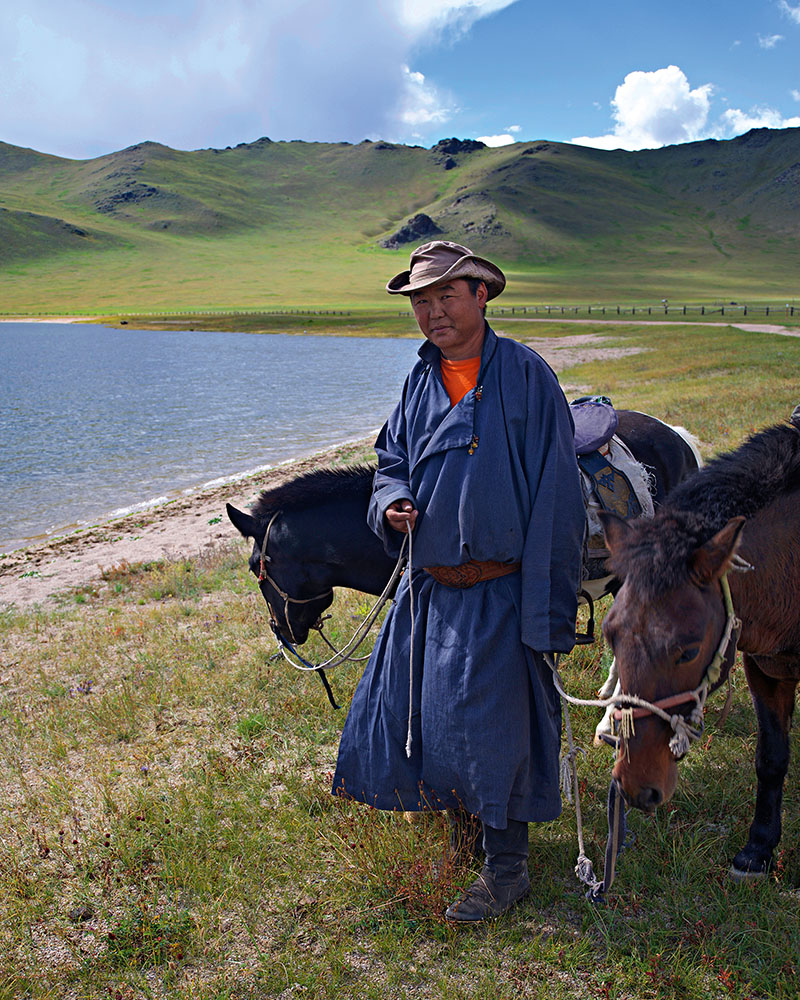 Horses are an intrinsic part of Mongolian nomadic culture. Click to view gallery

And so we get a taste of real nomadic etiquette. Sansar and Shinee stock up on meat in a village and give us a quick lesson in ger protocol: bring meat, ask to sleep on the floor. We find two promising-looking gers and sit in the van as Shinee and Sansar knock on the door. Half an hour later they emerge and our eyes light up inquisitively. They quietly get back in the van and Sansar starts the engine. “This has never happened before,” Shinee says quietly, then giggles. “Usually families always say yes but the man and woman of the house are away and the grandma who is looking after the children is unwell.”

With every passing kilometre nightfall descends. The road meanders like coiled veins and we quietly scan the panorama for two adjoining gers. As the flickering sun sets on another day Shinee points out a couple of gers in the distance. Sansar veers off the snaking road and goes cross-country.

The large family living here happily takes us in. They’ve never had tourists stay with them and we have a lot of meat to share. Although they don’t own mobile phones somehow the message of our arrival spreads and soon the ger we are planning to sleep in fills up with other nomads. Some come by horse, others come by motorbike, and they all bring homemade arkhi (vodka) in preparation for a fun-filled night. We have no common language but laugh for hours, shooting first the homemade vodka and then a bottle Sansar produces later that night (“I always have one for just in case,” he titters). It’s rude to say no to anything that is offered in a Mongolian home and we have no choice but to stay up drinking with the nomads. Eventually most go home and we collapse on the floor to sleep. A few hours later it’s sunrise – and the beginning of the day for the nomads. There are no sleep-ins when it comes to the nomadic way of life and everyone is up early milking the cows and tending to various other chores. We gather our belongings and stumble outside where a compelling 88-year-old woman who was drinking arkhi with us the previous night is leaning on the ger with a grimace on her face. I guess she, too, has a headache.

And so we set off again. There’s more to come. We’ve got more camps and another homestay to look forward to, as well as a visit to Little Gobi where two-hump camels roam across the rocky, sandy landscape. And this time when we break for a nature stop with no trees in sight, no one dawdles. Men go left while the women go right.

Intrepid Travel’s 15-day Wild Mongolia tour starts and ends in Ulaanbaatar, with prices starting at about US$2685. The trip includes accommodation, transport, meals, activities and an expert local guide. Guests stay in ger camps for 10 nights and hotels for two nights, as well as experiencing two homestays.
intrepidtravel.com

Many new hotels are popping up in the bourgeoning capital, Ulaanbaatar. Best Western Premier Tuushin Hotel occupies a prominent position with some rooms overlooking Sükhbaatar Square. Rooms start from US$105.
bestwesternmongolia.mn 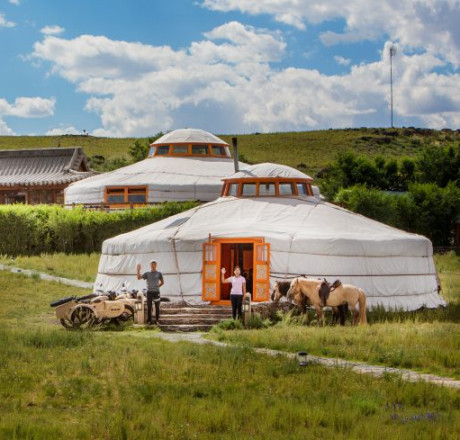 Staying in the middle of absolutely nowhere is actually pretty... 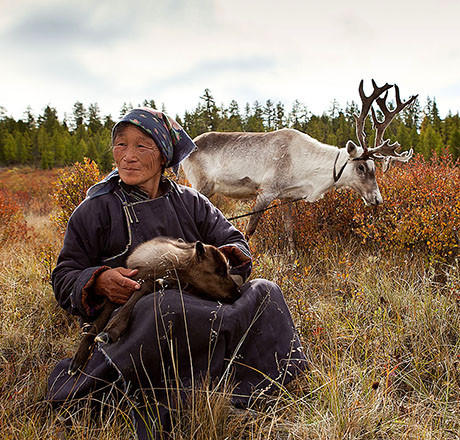 Venture through the veil on an expedition to Mongolia’s... 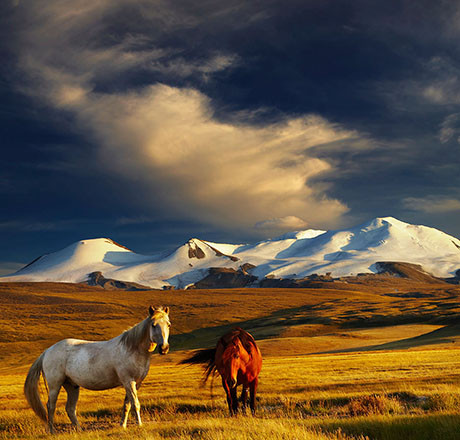 Pack your camera and adventurous spirit, because this is... 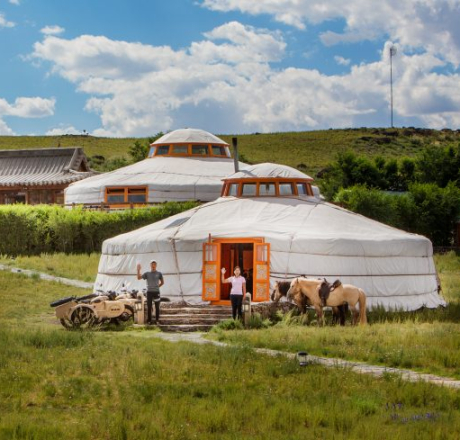 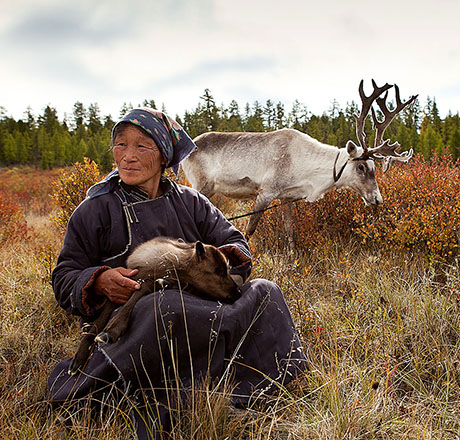 Venture through the veil on an expedition to Mongolia’s north to experience... 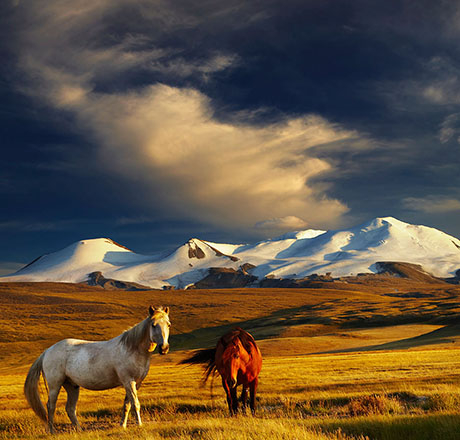 Pack your camera and adventurous spirit, because this is Mongolia, where wild...