In the home of the blues, Grant Lancaster takes one for the team and immerses himself – and his liver – in Memphis’s magical Beale Street Music Festival.

A wise cab driver by the name of Quantel once told me, “Memphis is made up of three words: Graceland, blues and barbecue.” For the most part, he was absolutely right. Now, someone please hand me a coconut water and a Panadol because Quantel definitely forgot the fourth and most important word: hangover.

Flooding has started in Memphis as a massive rainstorm hits the lively southern city right on schedule for the weekend’s festivities. The consensus, on my United Airlines flight from New York, is that this is by no means an unusual occurrence. For the past four years, a conveniently timed and almost predictable deluge has graced Graceland directly preceding the festival. This has happened so often, the locals now lovingly refer to the Beale Street Music Festival as Memphis’s Music Mud Fest.

The 40-year-old Beale Street Music Festival (BSMF) is the three-day, kick-off event of the annual Memphis in May celebration, a month-long line-up of special events, competitions and shows to honour the city and its rich history. Every year the festival attracts more than 100,000 people from all over the country for a musical smorgasbord of big-name stars and local legends who play side by side at the humble waterfront venue, Tom Lee Park.

Originally a festival exclusively celebrating the blues, BSMF has, over the years, opened its offerings to rock, hip-hop and pop to accommodate the ever-expanding interests of music fans. This time around, a total of 69 performers, of both national and local acclaim, are here to be a part of the fun. Headliners include household names – Beck, Paul Simon, Neil Young, Cypress Hill – alongside a swathe of up-and-comers like Grace Potter, Courtney Barnett and Nathaniel Rateliff and the Night Sweats. Regardless of whether your musical druthers span country or rap, there’s guaranteed a little something for you here.

Music rumbles in the distance as I approach the gates to find a long motley queue of loyal festival-goers patiently awaiting entry. Hippie and hillbilly, black and white, young and old – this diverse crowd stands united with their ponchos and gumboots, having travelled from far and wide to fulfill their love of music.

Inside, three gigantic stages run parallel to the majestic Mississippi River, as an envious Arkansas watches all the fun from across the water. As I walk further into the grounds, the footpath transforms from cement to dirt and finally to mud. The heavy, wet air of the Mississippi mixes with the lingering scent of Black & Milds, light weed smokeage and the distinct aroma of fried food. That smell wafts from tents near the stages, where vendors are serving up local delicacies like gator on a stick, bourbon chicken and medieval-sized drumsticks.

The energy is playful and fun. Children chase one another past elderly couples wandering hand in hand. Mothers and daughters bond on blankets at the back, listening to Paul Simon as they clink with cold Bud Lights. Mud is flung through the sky as teenagers jump around the pit while Meghan Trainor belts out their favourite tunes. Everyone seems to be there for their own reasons, and yet somehow they all seem connected. While at one stage you see three generations swaying back and forth to Neil Young, you can walk one stage over to catch Yo Gotti, a hometown hero back for a big performance on his old stomping ground, performing to an eclectic crowd of booty-shakers throwing up their hands to the beat.

Not in the mood for a big crowd? You’re covered. Stop by the Blues Shack, hidden between towering stages, for a more intimate experience. Here you might see local blues veteran Leo Bud Welch sitting alone on a stool with a guitar and harmonica. He’ll destroy you with his painfully brilliant music.

Variety of performances aside, another home run for the organisers of this unique spring festival is its affordability. For seasoned festival-goers, a weekend of music can be upwards of a thousand dollars (sorry, did someone say Coachella?). Yet at BSMF, even music aficionados working hard just to rub two coins together can gather the funds to join friends and family for a truly enjoyable three days of memory making. Food is affordable, beer is comparatively cheap, and sponsors like Rockstar, Fireball and Marlboro hand out free products all weekend. Vices? Check.

Another huge bonus is the fact you can come and go as you wish, a privilege seldom found at other festivals of this size. The boisterous, dangerous (in a good way) bedlam of Beale Street is no more than a short jaunt away.

Speaking of which, it’s time to jump into the fray.

The final act of the night has played its encore, and an ocean of smiling strangers begins its exodus to chapter two of the night’s festivities: the after party. As I trudge up a small hill with my fellow carousers, the dreamlike neon playground of debauchery that is Memphis’s Beale Street shows its seductive face on the not-so-distant horizon.

Armed with my press pass, I embark on the noble mission of exploring all 42 music-filled drinking establishments they’ve managed to cram into these three bacchanalian blocks. I do this for you, and your benefit alone. Yes, I know, you’re welcome.

To give a full rundown of this street would take a lifetime, and three extra kidneys. But here’s the skinny: relatively new but notably fun, the Tin Roof boasts two levels that open up to a main stage. With two separate bars on each level and twerk music videos playing on all screens, it attracts a young crowd there for one thing and one thing only: the inevitable hangover.

The historic, two-storey Jerry Lee Lewis has something for everyone. Veer right at the entrance and visit Keith downstairs for a drink and some history. This bartender has witnessed 20 years of music and drunkenness behind his bar, which serves the stage where stars are born. This is a real local spot where, until 5am, the drinks flow constantly and live music from aspiring artists plays. What is special about this place is its dynamic. Where there’s an unexpected amount of culture in this particular room, I walk across the hall to the other ground-floor bar where I proceed to meet a young man named Neebs, who wastes no time sharing his newly tattooed shoulder bearing a monkey fingering its own arsehole. I take my beer upstairs to where the music thumps faster than my heart rate and from where I can watch the chaos below.

If you’re feeling bluesy, Daisyland is the place to go. Converted from Beale Street’s old movie theatre, it’s here you can see one of the world’s top 100 DJs every month – it’s your one-stop shop for the Dirty South club scene. VIP areas with bottle service and plenty of wiggle room rest in the middle of a gigantic dance floor with a good view of the stage no matter where you stand. The mezzanine is still intact upstairs, and it happens to be the place to go if you want some privacy from prying eyes. Remember though, what has been witnessed cannot be unseen.

You also have to go to Coyote Ugly Saloon, if only to relive your favourite movie of the twenty-first century. This delightfully trashy late-night jam brings a backyard-party feel and blends it with strip-club fanfare. Beer is served by scantily clad waitresses from fully iced eskies resting atop empty whiskey barrels. From here there’s a perfect view of the variety of alcohol-fuelled amateur dance performances on top of the long wooden bar. The signed lingerie of past patrons hangs overhead like trophies of a battle won.

The highlight of the night is Purple Haze. I help light a local’s cigarette on the street, and the next thing I know I’m being guided past wait lines, behind velvet ropes and into the VIP section of Memphis nightlife’s not-so-hidden gem. It’s a block from Beale Street, which tends to deter a majority of wide-eyed tourists, who are drawn toward the energy of the main drag like flies to a bug zapper. Stacked with two huge bars, a pool table, an enormous dance floor and hula-hoopers extraordinaire on stage for your visual distraction, this place has it all. Open till 5am with a great variety of music, it’s the perfect location to find your sixth wind of the night and party till the sun comes up.

Memphis in May knocked it out of the park – Tom Lee Park to be precise – with a unique celebration of American music and culture. If you come prepared with your rain gear, an appetite and a bottle of aspirin, you’ll have an amazing time no matter who you are. Speaking of which, can I borrow one of those aspirin? Remember, I did it all for you. 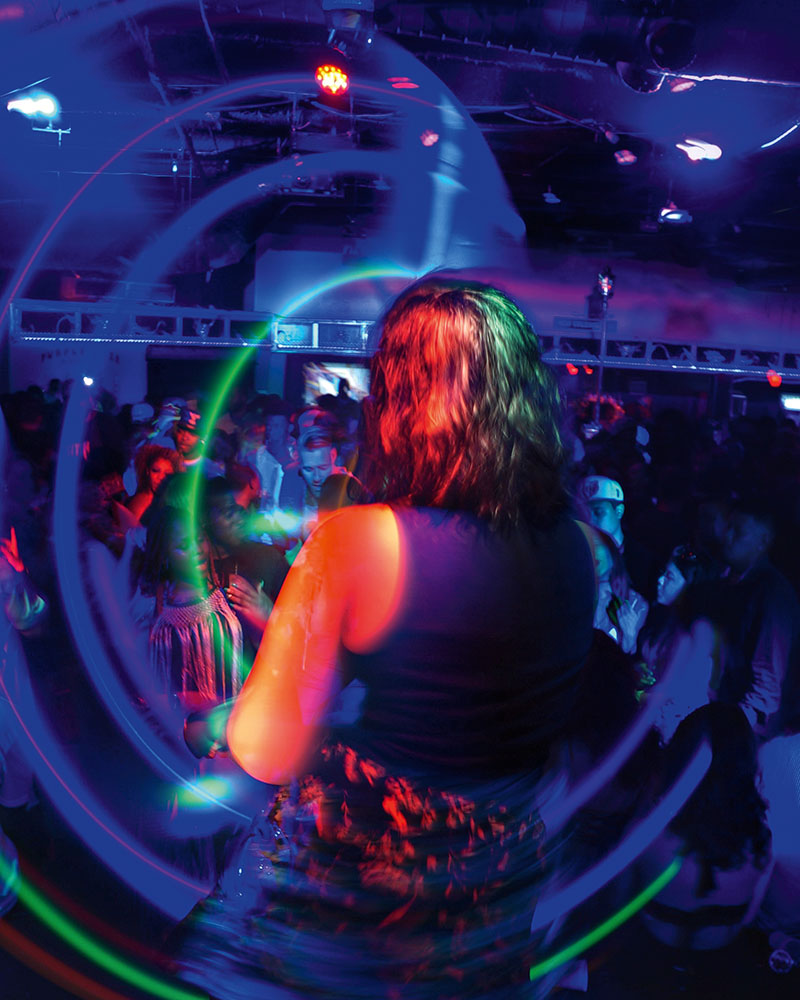 United Airlines flies from Sydney and Melbourne to Memphis via Los Angeles and Houston. Return fares from Sydney at the beginning of May start at about AU$1250.
united.com

There is lots of reasonably priced but not particularly cool accommodation available in downtown Memphis, and it tends to book up well in advance when there are events in town. If you want something a little smarter, the Vista Inn is just a couple of blocks from Beale Street and has a pool. Double rooms during the festival start at about AU$225 a night.
vistarez.com

The Beale Street Festival 2019 runs from 3 to 5 May.
memphisinmay.org 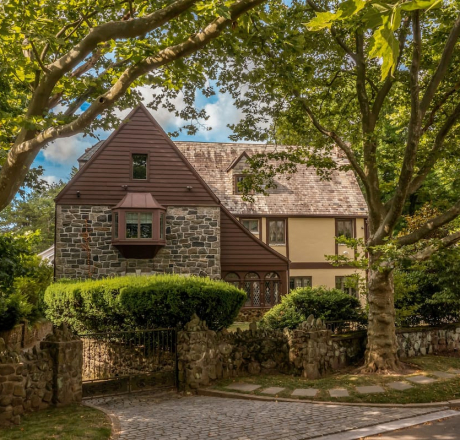