Hike and paddle through Alaska’s Inside Passage on an itinerary guided by nature.

Paddling furiously, we manoeuvre the kayaks into the middle of the cove and peer up at two specks soaring above the hemlocks and spruces. Caught up in the thermals, they twirl around each other, nearly touch, then circle again, gliding effortlessly through the crispness of the morning sky. The ritual is repeated over and over until they crescendo into the grand finale. Grasping talons, they lock together tumbling in free fall towards the ground.

“For a bald eagle, trust is everything,” explains Megan, our expedition leader. “What we’re seeing is a courtship dance. They’re testing out each other’s fitness and strength. That is, if they don’t crash…”

It’s spring in Alaska and love is not only in the air, it’s all around us. My affair with the last frontier started when I saw a snippet on TV of Susan Butcher winning her first Iditarod sled dog race in 1986. Gary Paulsen’s novel Hatchet came out the following year and I became hooked on all things Alaskan. From Travels in Alaska by John Muir to Alaska: A Novel by James A. Michener, the poetry of Robert Service and the works of Jack London, words on dog-eared pages drew the pictures in my imagination.

This is my fifth trip to Alaska. The ‘call of the wild’ keeps drawing me back. I’m not alone. Passion for the vast wilderness is written on the faces of the people. You see it in their eyes, hear it in their voices and feel the comradeship that comes from being in a place where survival depends on what Mother Nature throws your way.

Starting in Juneau, I’m travelling with UnCruise Adventures for two weeks through the Inside Passage. It’s late April and we’re on the first itinerary for the year.

“As an Alaskan, spring is my favourite season in Southeast Alaska,” says UnCruise CEO Dan Blanchard as we prepare to set sail. “Everything is fresh. Like the bears emerging from their dens, we feel renewed. It’s like an awakening.” Dan is similar to his vessels – built for adventure. A wild, madcap type of guy who’s more comfortable with his feet in the water than under a desk. And Juneau, the rugged capital of Alaska, suits him just fine.

Originally settled by the Auke and Tlingit tribes for the abundance of food sources, and later named after gold prospector Joe Juneau, the state capital (population 35,000) is only accessible by sea or air. It was a Tlingit chief who told Joe Juneau where to find the gold that led to the town becoming the home of the three largest gold mines in the world. Speak to any local and they’ll nod towards the mountains and mumble, “There’s plenty of gold left in them hills”.

It’s the same story all the way along the Alaskan part of the Inside Passage and across the border into Canada’s Yukon territory. When cries of ‘gold’ went up in 1896, it started one of the greatest adventures in American history. The Klondike Gold Rush saw a frenzy of around 100,000 gold diggers (known as stampeders) sail from the US west coast to claim their fortune. However, once they arrived, perilous journeys on foot over the inhospitable terrain filled with steep ravines, freezing temperatures and dangerous animals dashed the hopes of many. Most either died or turned back. It’s said 99 per cent of the gold in Alaska is yet to be discovered.

Today the rush for riches is of a different kind: tourism. By the end of September, more than one million cruisers will sail on mega ships through these waters. We see none of them. UnCruise vessels get into the myriad hidden coves and sheltered inlets the big ships can’t, so virtually the only people I see are my 49 fellow guests and the 32 crew.

“Whatever nature gives, we’ll embrace it,” says Megan, who aims to get out all the toys (kayaks, paddleboards, hiking poles, skiffs) every day. Some days we tuck into coves surrounded by old-growth rainforest and paddle the kayaks through the glassy waters; other days we drift past spring meadows dotted with early bloomers like the vibrant yellow skunk cabbage flowers.

From water level there’s a sense of immediacy and surprise. The soft eyes of a harbour seal suddenly popping up in front of the kayak, a sea otter floating along on its back, the blow of a humpback whale echoing across the water. And then there’s the day we paddle to the face of a glacier.

As one of the world’s most protected sites, Glacier Bay National Park is the holy grail of Southeast Alaska. Covering around 1.3 million hectares and home to more than a thousand glaciers, it’s a glimpse of how our planet might have looked during the ice age.

Surrounded by snow-covered mountains we paddle towards Lamplugh Glacier. It’s almost t-shirt weather. Sunlight captures the drips from my paddle and transforms them into mini starbursts. As we get closer to the glacier, whooshes of cold air sting my face and we start to navigate through the bergy bits and growlers (small chunks of ice) floating past.

“Keep your kayak straight and try not to bump the ice,” says our guide Matt. Positioning the kayaks on the edge of the exclusion zone, we crane our necks up at the skyscraper of ice. A maze of spidery black lines slice through patches of iridescent blue, topped with swirls of white that look like meringues.

But within the beauty lies the beast.

From somewhere deep inside on the left of the six-kilometre face, a low rumbling sound reverberates across the water, followed by a long moan that sounds like a sick cow. Suddenly there’s a thunderous crack and, within seconds, chunks of ice start tumbling down the face of a massive column. There’s a pause as the column teeters on the brink before smacking into the water in a cloud of icy shards. “Get ready for the wave,” yells Matt.

Mesmerised, we watch the swell create a pattern across the water. The front of the kayak lifts slightly as we ride a series of ripples that peter out as quickly as they formed.

Other days we swap the paddles for boots. We walk through old-growth rainforests under a dense canopy of hemlock, spruce and cedar trees. Branches drip with moss and walking the forest floor feels like bouncing on a trampoline. Everything is silent.

“Too silent,” says Megan, before shouting, “Hey bear! Bears don’t like surprises. By letting them know we’re here, we want to keep them away.” The guides also carry a range of deterrents like bear spray. Thankfully on this occasion they don’t need to use it.

It’s low tide when we hike along the rocky shores of Keku Islands, a string of tiny islets sheltered between two larger islands. “In Tlingit tradition, this would be a banquet,” says Megan. “When the tide is out, the table is set.” 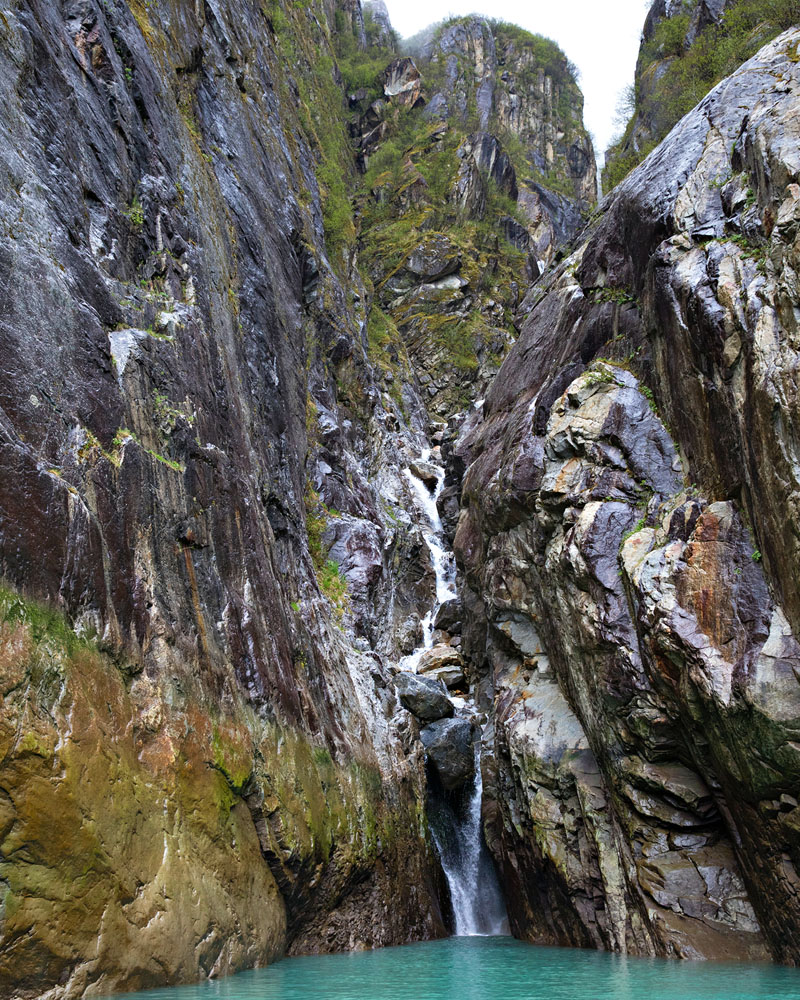 Clinging to slimy rocks, wrapped in thick straps of kelp or tucked into sheltered rock pools, the rich intertidal life of limpets, crabs, mussels, oysters, starfish, coral, sponges and clams creates a kaleidoscope of reds, oranges, blues and purples. Although the staple of the Tlingit diet was salmon, they cooked ‘beach tucker’ over an open flame. Kelp wasn’t only a source of food; it was also put to a more practical use, collected to create things like baskets and decorative jewellery.

Pulling a strap from the water, Megan explains the importance of healthy kelp forests. “The kelp here supports a variety of fish species, as well as whales, sea lions and sea otters.”

To learn more about the Tlingits we meet up with Dan’s friend Joe Williams, a Tlingit elder and Ketchikan’s former mayor. 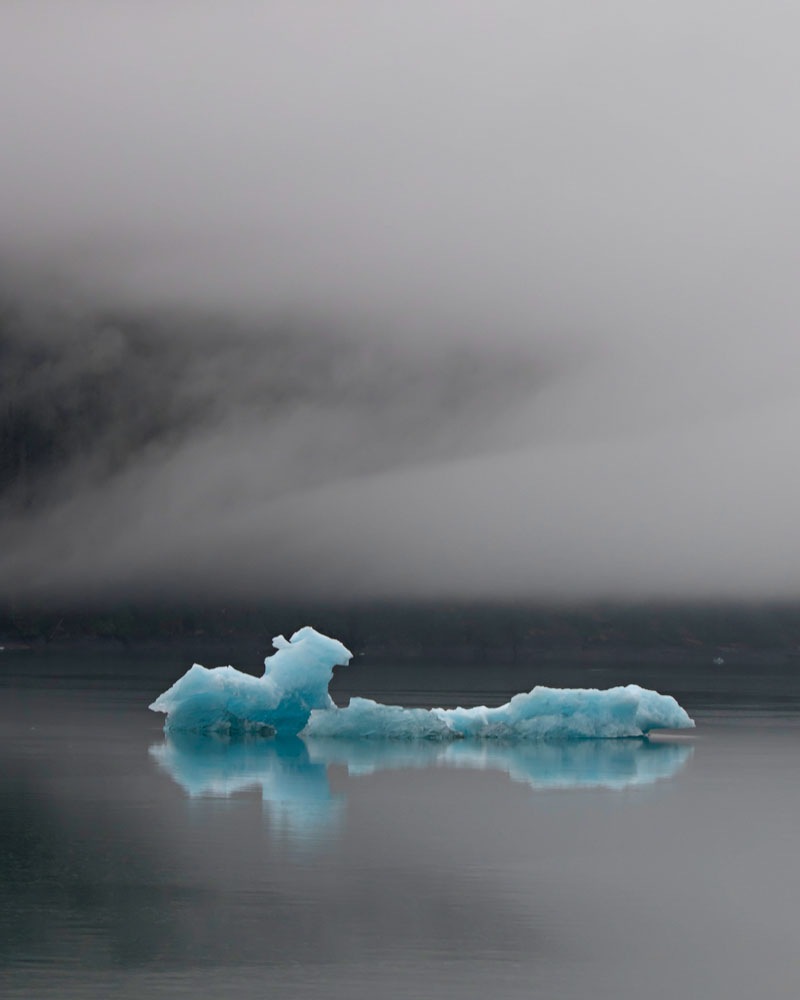 A small iceberg floats amid the stillness of early morning. Click to view gallery

To Joe, preserving his heritage is his life’s work. He tells how when he attended a Native American convention in the 1960s, he was told that by the year 2010 there wouldn’t be one person who could speak the Tlingit language. Fortunately, due to the work of Joe and others, the stories and traditions of the Tlingits and other Native Alaskan tribes haven’t been lost. “The younger generation embraces the culture because they consider it an honour,” he explains. “In our culture, we’re split into two groups called moieties. Everyone is either an eagle or raven. An eagle must marry a raven and vice versa. It’s all about the balance.”

I think back to all the eagles and ravens we’ve seen soaring through the skies and perching in the treetops. There is a true sense of equilibrium here, and you can’t help but marvel at the harmony in this ridiculously beautiful part of the world.

United Airlines flies direct to LAX from Melbourne and Sydney. From LAX, you can pick up one of the codeshare Alaska Airlines flights that fly to Juneau daily via Seattle.
united.com
alaskaair.com

Hotels in Juneau are fairly low key. Across the road from the wharf, the recently refurbished Four Points by Sheraton is a good choice, starting at about US$240 a night. The less expensive (from about US$180) Silverbow Inn is a boutique-style B&B in a downtown historic building.
fourpointsjuneau.com
silverbowinn.com

UnCruise Adventures offers an extensive range of Alaskan itineraries from late April to mid September across seven vessels ranging from 22 to 86 berths. Each itinerary is designed to maximise the natural beauty of the area. Prices start from US$2995 for seven nights and include everything, from the use of all equipment to top-shelf cocktails in the open bar. Most cruises start and end in Juneau, however there are also options to or from Ketchikan, Sitka and Petersburg – all accessible via Alaska Airlines.
uncruise.com 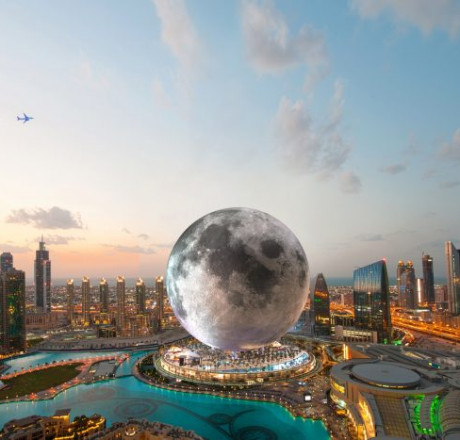 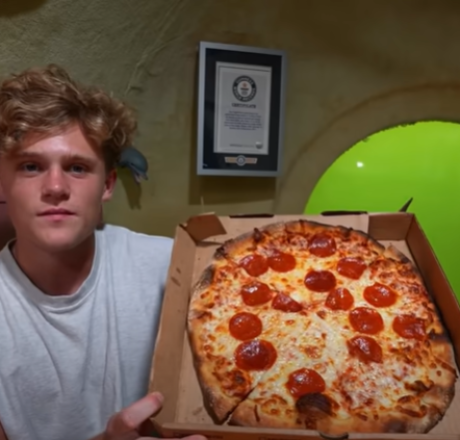 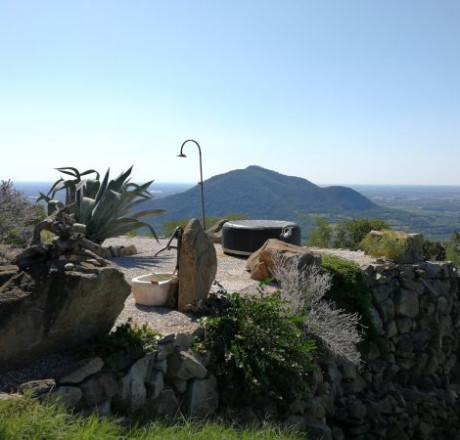 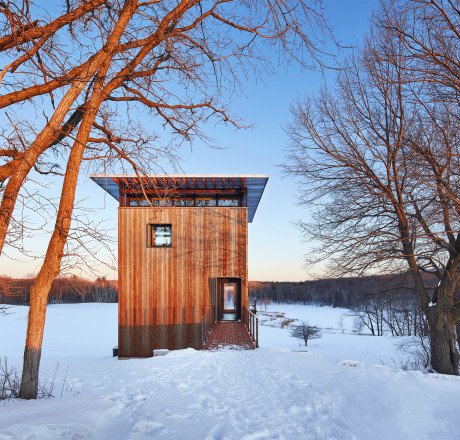 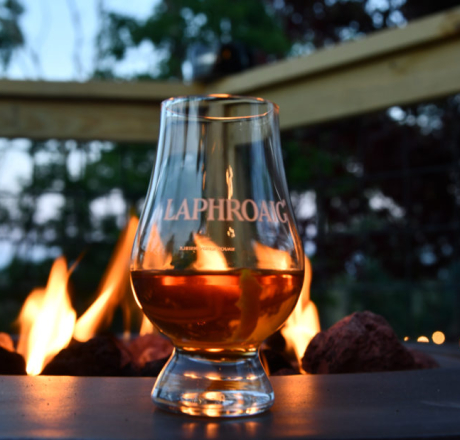 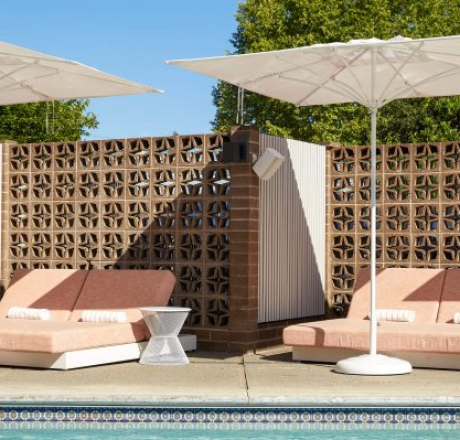 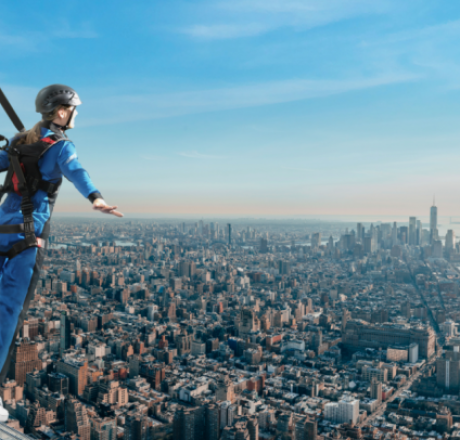 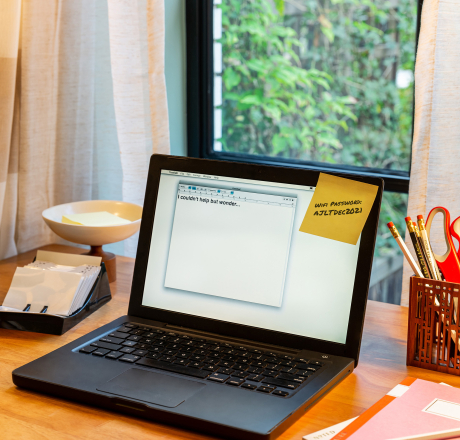