Nikita Gulhane feels the rhythm at one of the Caribbean’s most celebrated festivals of fun and music.

There’s no doubt that Carnival in Trinidad is sexy. It’s a time when people want to display themselves and be noticed in all their loud and sensual glory. But there are so many other facets playing on the senses that to focus on one would be to do an injustice to the overall brilliance of the occasion. Take ‘steel pan’ drumming, easily identifiable as the sound of the Caribbean and the focus of the renowned Panorama competition. This annual extravaganza between steel pan drummers is fought out under the floodlights on the massive stage in the Queens Park Savannah and is regarded as a festival highlight. Bands are heralded onto the massive Savannah Park stage by stilt walkers and skimpily clad flag-wavers dressed in band colours. Each performance lasts about 10 minutes, urged on by the crowd’s good-natured baying and dancing as wave after wave of shimmering metallic crescendos are sent out across the park. 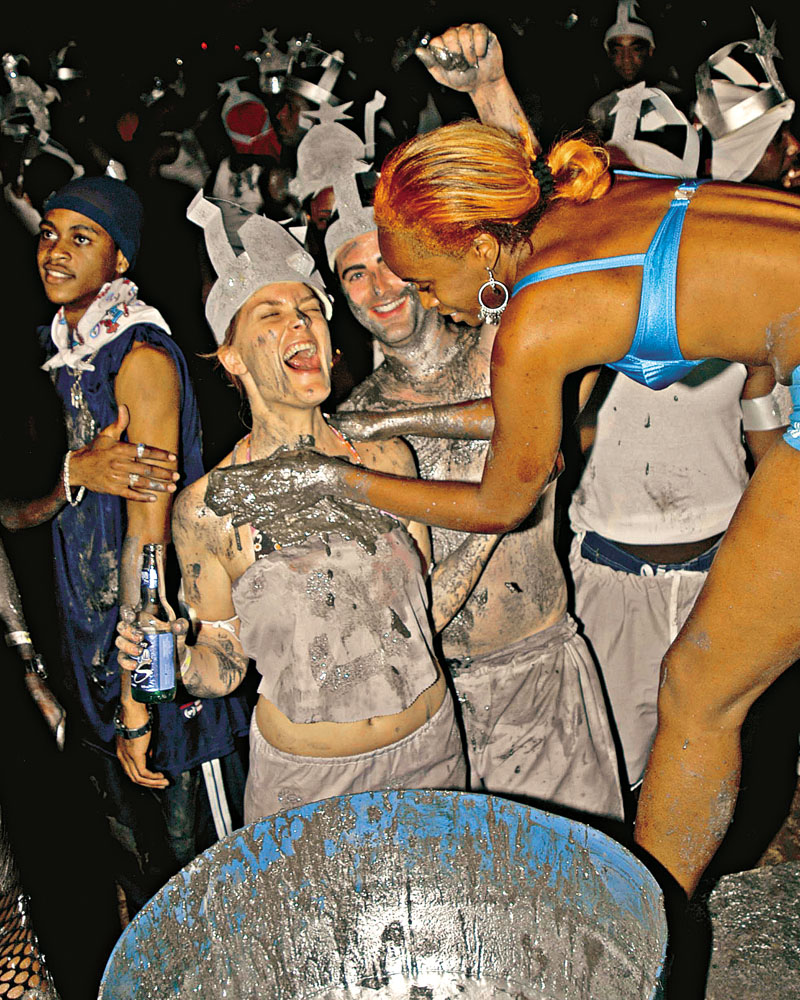 If you can’t get a ticket into the main event, grab a few cool beers and head off to alternative pan yards like Phase II or Desperados in the week before the final. Ask any local or just follow your ears. Along with hundreds of spectators, you’ll feel like you’re at an impromptu open-air jamming session. Steel drums, be it a two pan tenor or six bass drums, belt out a full musical scale, complete with sharps and flats.

As with any event held during Trinidad’s carnival, the boundary between performer and audience is blurred. Trinidadians are not known for their shyness. It’s just not in their nature. So, while a hundred musicians send wave after shimmering wave of melodic beats deep into the night air, I’m swept along in a giant conga line, snaking through the dancing crowd. The rum flows, the music blurs and my ripped shirt says I’m having a great time.

Dexterity is a carnival trait, whether bodily, musically or verbally. The best demonstration of the latter is Extempo, or the art of singing extemporaneously around a given subject. Like most carnival events it’s held at Queens Park Savannah on the Friday before Carnival. Here you’ll eavesdrop on verbal jousting of the most deliciously barbed kind. The nature of Extempo is to demolish your opponent with wit. If you’ve seen Eminem’s film 8 Mile, then you get an idea of the style. Only here the music is calypso, soft and bouncy and understated. In the past, digs would be made at the expense of British rulers. Today it still has the power to annoy governmental figures. 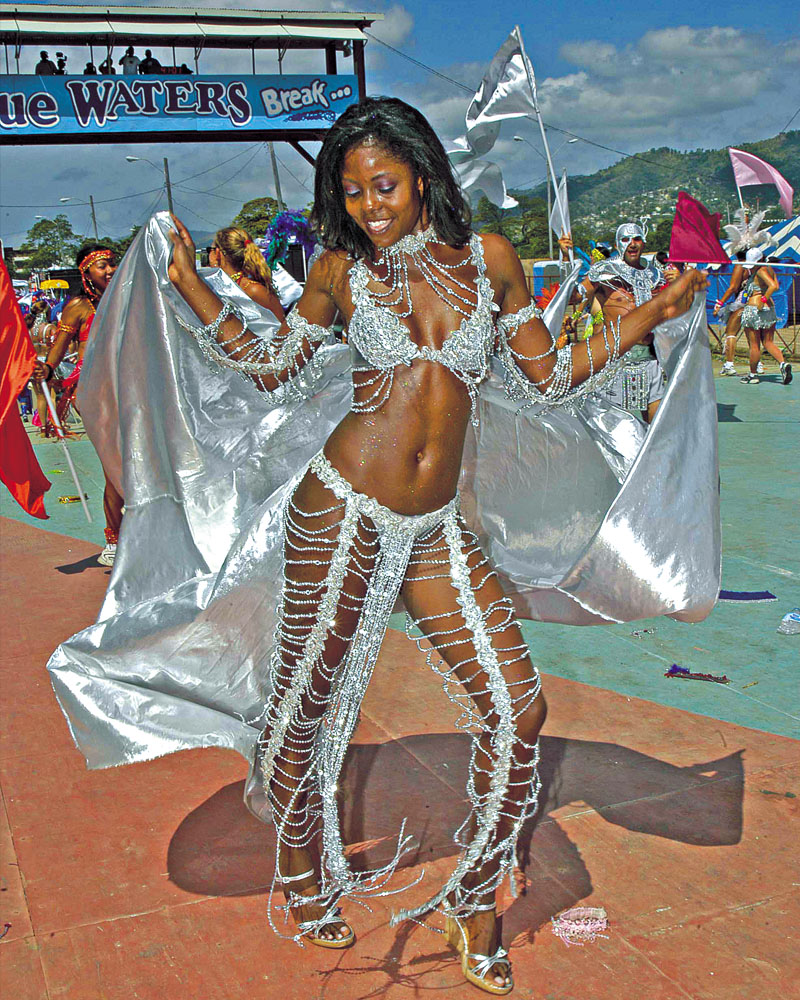 The competition is brutal. These are people who could take Eminem apart word for word, leaving him just a pile of quivering consonants. Contestants are only told what the theme is once on stage. The mental alacrity, humour and ability to weave a narrative can make you blush with embarrassment for those on the receiving end. Each phrase, honed in just seconds, contains innuendo – sexual, political and otherwise.

But then Carnival is based on mockery. Initially introduced to Trinidad by the French, it was a way slaves could parody their owners, jibing at their extravagant balls and masks. Carnival does have its critics. Many eminent voices, including prominent Trinidadian journalist and writer Earl Lovelace, feel that knowledge of the origins of carnival are being eroded by a lack of education at schools and by the globalisation of the celebration; it’s now just another international event to sponsor and brand.

Take my lady of the lamp post. The night of her performance was J’ouvert, from the French, ‘day break’. Traditionally, this is a night when whip-carrying devils, oil-covered Jab Jabs, stilt-walking Moko Jumbies and many other figures from African folklore would come out. Sadly I came across none. Instead from the wee hours of Monday morning until sun-up, countless thousands bounced along in the vibrating wake of massive trucks packed with amps ambling their way all over Port of Spain. There seems little acknowledgement for the roots of carnival in Trinidad. 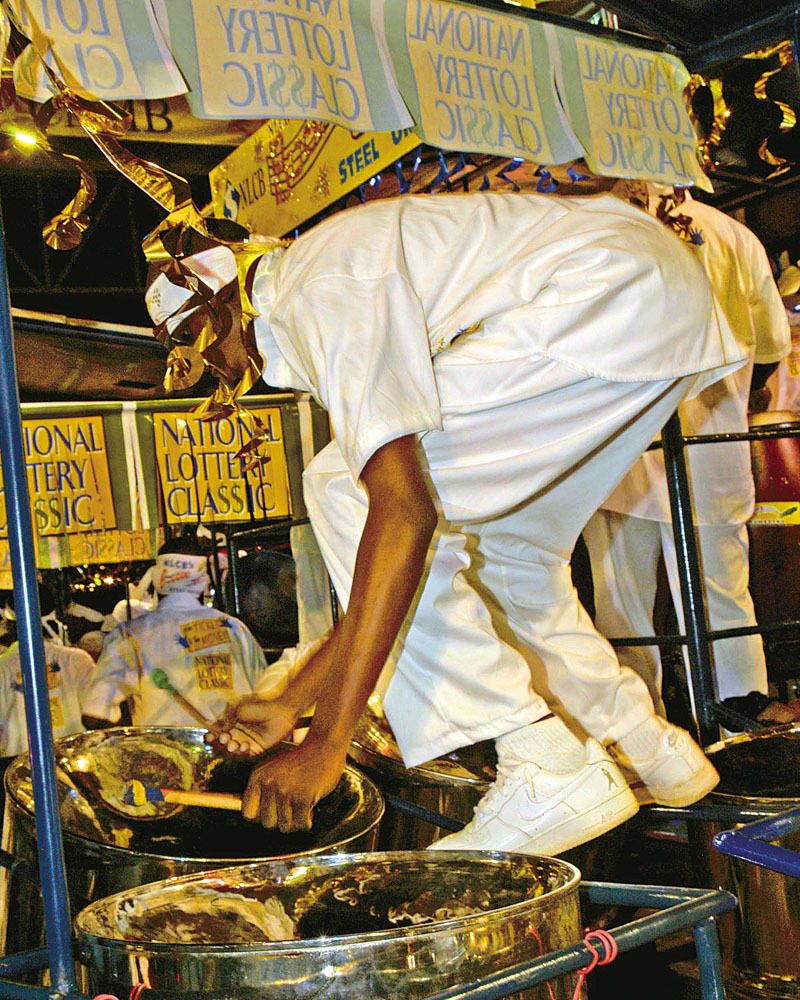 In my group, an old ambulance had been converted into a bar. Rum was the order of the morning. All anyone is expected to do is to follow the music. For the uninitiated, soca is a fusion of calypso with insistent Indian beats, dominated by a whacking bass and rapid-fire lyrics. When our truck encountered another posse the sound collision was astonishing. I feel sure those caught in the narrow space between the two passing trucks would have had their brain pulped and stomach eviscerated by the sheer monstrous volume.

You can still experience old-style traditions at the Kiddies Carnival on the weekend before Carnival. Don’t be put off by the name. You will definitely meet plenty of whip-cracking devils, jab molassies, bats and imps. As it happens, on Carnival Tuesday I was 'lucky’ to run into some blood (well, red paint) carrying demons who well and truly left their mark on me.

This is the day of carnival when a whole year’s worth of costume planning, preparation and pent-up anticipation is finally released. The highpoint is the crossing of the Savannah Stage with your ‘band’ to perform for judges. Thereafter you are let loose on the city to head for other marking points. But what are judges actually judging? Drunkenness? An inability to shake one’s booty like a local? Who knows. You get no badge apart from the one sewn into your memory. However, I did return home with something fleetingly tangible – a bath full of pink water as the last of the red paint seeped from my hair.

Trinidad Carnival usually takes place during February. Get there at least a week before to soak up steel pan, Extempo and Kiddies Carnival.
gotrinidadandtobago.com 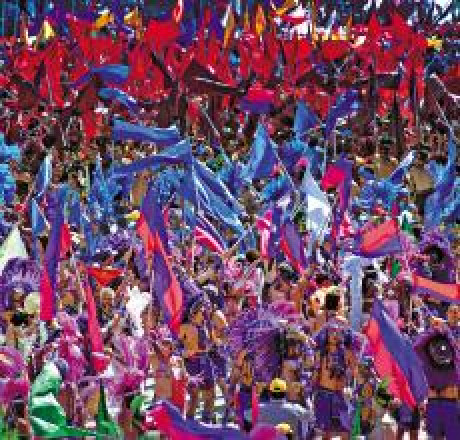 do
Shake your...
Shake your Caribbean carnival booty
PORT OF SPAIN, TRINIDAD &...

Rio might grab all the attention, but the flesh-flashing party...

Rio might grab all the attention, but the flesh-flashing party that goes hand in hand with... 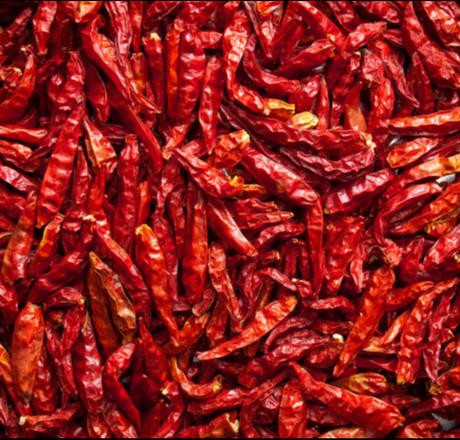 eat
Test your...
Test your endurance with Scorpion Pepper
PORT OF SPAIN, TRINIDAD...

As any gastronome worth their salt (and pepper) knows, the...

As any gastronome worth their salt (and pepper) knows, the best bit about any fine dining... 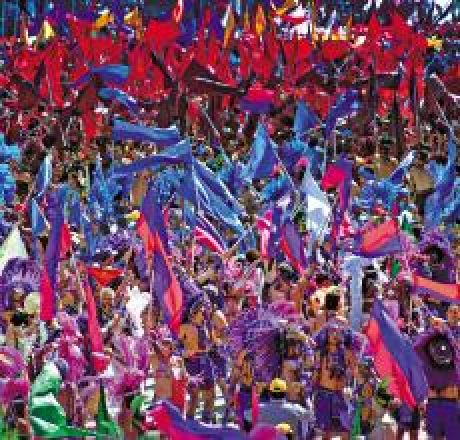 do
Shake your...
Shake your Caribbean carnival booty
PORT OF SPAIN, TRINIDAD &...

Rio might grab all the attention, but the flesh-flashing party that goes hand...

Rio might grab all the attention, but the flesh-flashing party that goes hand in hand with... 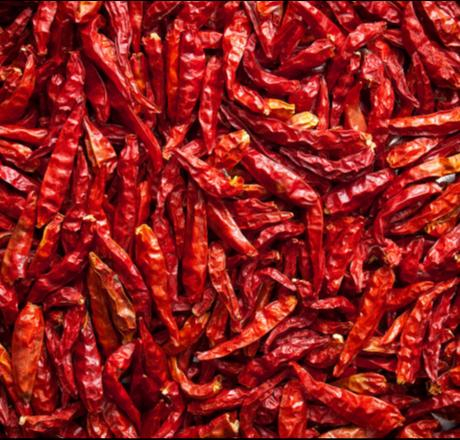 eat
Test your...
Test your endurance with Scorpion Pepper
PORT OF SPAIN, TRINIDAD AND...

As any gastronome worth their salt (and pepper) knows, the best bit about any...

As any gastronome worth their salt (and pepper) knows, the best bit about any fine dining...