From setting up skateboard schools and managing local alternative rock acts, to teaching the kids of Kabul about street art, Travis Beard is a wandering, motorcycle-riding photographer determined to make a difference in Afghanistan, as Marina Thomas discovers.

Travis Beard was a tourist in Iran in the aftermath of the 9/11 attacks in 2001, and that’s how he discovered Afghanistan – completely by accident.

The Melbourne-born photojournalist, community activist and musician was due to go to Yemen on holiday, but the country had closed its borders. Instead, the 36-year-old spent a month shooting confronting images and video in Afghan refugee camps for NGOs and global media after hooking up with BBC journalists and crossing into the war-torn nation. He soon discovered he had caught the Afghan bug and couldn’t shake it off.

But documenting the war for media outlets such as The Australian led to Beard becoming jaded by the industry, its level of risk assessment and lack of money. “I used to risk my arse, but I don’t want to anymore,” he says. He decided instead to take his media expertise into event management, to start a revolution promoting free expressionism.

Beard moved to Kabul permanently in 2006 and has since been leading a cultural evolution in the city, helping empower young Afghans to get involved in music and the arts. He mentors and encourages bands in the surprisingly diverse metropolis; a place where creative expression has been subdued for years, crushed under draconian Taliban rule.

“I have a love-hate relationship with this country,” Beard admits. “Afghanistan is enchanting, exotic and has hospitable people, but the lack of a system and corruptness makes things harder to do. Everyday life is quite a challenge: Kabul is a physically and culturally restrictive place; progress has been slow but it has improved. When I first came, there was power only every second day. Electricity is very important for what I do. I wanted to have a creative impact and to create something great.”

In 2006, Beard set up Kabul’s first ever alternative rock band, Kabul Dreams. Now there are 10 more. Beard is also a guitarist with White City, Kabul’s first expat rock band. “It is a small scene and we have to be strategic about the way we conduct our events,” he says. “Melbourne is spoiled – saturated with the arts; when you go to an event in Kabul people go crazy.”

But it’s not all about music. In 2007, Beard co-founded charity Skateistan, the first ever skateboarding school in Kabul. Even members of the Taliban have attended classes. “I remember the first day, when we saw the joy on their young faces. The confidence it gives is fantastic, and you can really notice the trend across the city as it has got more and more popular.”

Another of Beard’s big successes has been the Wallords art and graffiti project, started in 2010 after a British street artist visited Kabul. Contemporary art was non-existent here, now it is blooming alongside the music scene. “These kids had never seen, let alone touched, a spray can before,” he explains. “They love to get out and paint out of curiosity. They are now travelling the world and teaching others about street art as well as selling their work at exhibitions they put on at embassies.”

Beard still loves to travel. With friend and fellow-Australian journalist Jeremy Kelly, he set up the Kabul Knights Motorcycle Club to do one- and two-week epic journeys exploring places most foreigners have never been. They have seen 80 per cent of the country – there are five provinces left, but currently they’re too dangerous. “The roads have improved but security has gone down a lot recently,” he says.

Despite ongoing security issues, times are definitely changing. Now there is theatre, puppetry, breakdancing and many kinds of music on offer in Kabul. Beard says he has to be patient, open-minded and sensitive to the cultural situation, but a bit aggressive too.

While he still earns a living as a photographer, shooting pieces for NGOs, Beard is also producing a documentary on Kabul’s nascent rock scene. “One band has just been touring in India,” he says. “Their parents went too and it was a fantastic experience. The kids are going to study music courses instead of engineering; there has been a shift in the perception of music. The industry is very young and the Afghans need to accept the more modern parts of the culture or they will be back to an oppressive Taliban society.”

Beard’s biggest accomplishment came in 2011 when he and his fellow White City band members pulled off Kabul’s first ever alternative festival, Sound Central. The location had to be kept secret until the last minute due to fears of extremists targeting the event, but 600 people came to see bands from Afghanistan, Uzbekistan and Australia. The following year, a whopping 5000 fans attended the grassroots festival – about 70 per cent were Afghans seeking an education in international music. This year, the festival will be expanding across Central Asia.

“We even had our first ever stage dive at this year’s festival,” Beard laughs. “That was symbolic.” 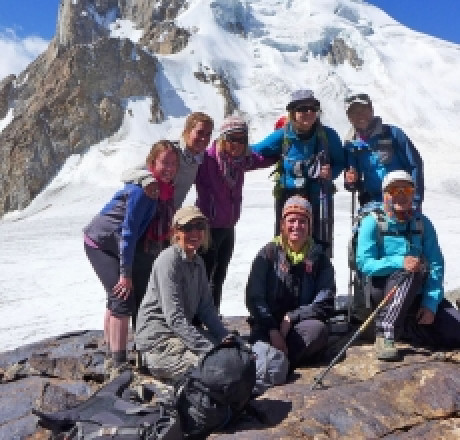 Ditch any preconceived notions you may have of Afghanistan and... 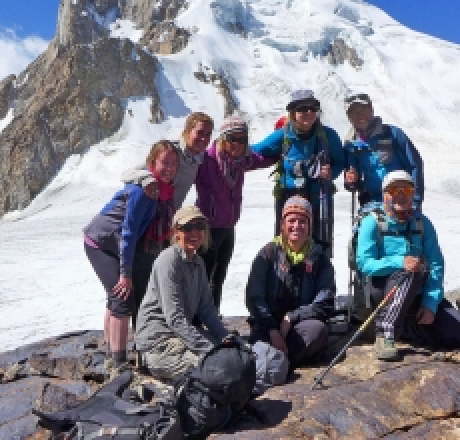 Ditch any preconceived notions you may have of Afghanistan and step into the...