While travelling the world’s first wine route, John Malathronas is treated to a special German dish that sounds hard to stomach.

There’s something about wine routes: the sight of tethered vineyards, the undulating countryside and the obligatory mild climate, since vines demand a healthy dose of sunshine. There’s also that feeling of discovery. I get it when I’m bowled over by a fine vintage that makes the day’s drive worthwhile. Plus, of course, where there’s excellent wine, good food generally follows.

What I didn’t know is that the road I’m on this time, the Deutsche Weinstrasse, was the first wine route in the world. Running for 85 kilometres in the German region of Pfalz (Palatinate), it was inaugurated in October 1935 to help the local wine growers boost sales. What is more surprising is that it’s still refreshingly idyllic, meandering by sloping vineyards and winding through well-kept villages with timber-veined houses and geranium balcony blooms.

This has been prime wine country for centuries. Near the top of the Weinstrasse lies Ungstein, where a Roman winery has been excavated complete with grape-treading troughs. They are so intact experts have determined the Romans were cultivating riesling, pinot and gewürztraminer – the same varieties that are planted in the region today.

I have to fight constantly with my GPS that directs me away from village centres to the nearby highway, until I switch it off and simply follow the road signs of black grapes on a yellow background indicating the Weinstrasse. I’m aiming for the small village of Weyher in the shadow of the massive Pfalz forest, where the restaurant Zum Kronprinz has stood as long as folk memory serves. Rupprecht, the last Crown Prince of Bavaria, regularly stayed over after a forest hunt and endowed it with its name.

“My family has been running the restaurant for generations,” says Simon, the chef. Rotund, jovial and chatty, he is the embodiment of country cooks the world over. “Back in the 1970s, the restaurant was famous for its bear stew. My grandfather used to import bears from Russia and slaughter them for food.”

He shrugs his shoulders and winks. “Until animal rights campaigners stopped the trade. But it’s all ancient history. Nowadays we cook game seasonally. Hunters bring us deer, wild boar or game birds from the forest. Come here in May to taste maibock, one-year old buck, which we shoot in the spring.” 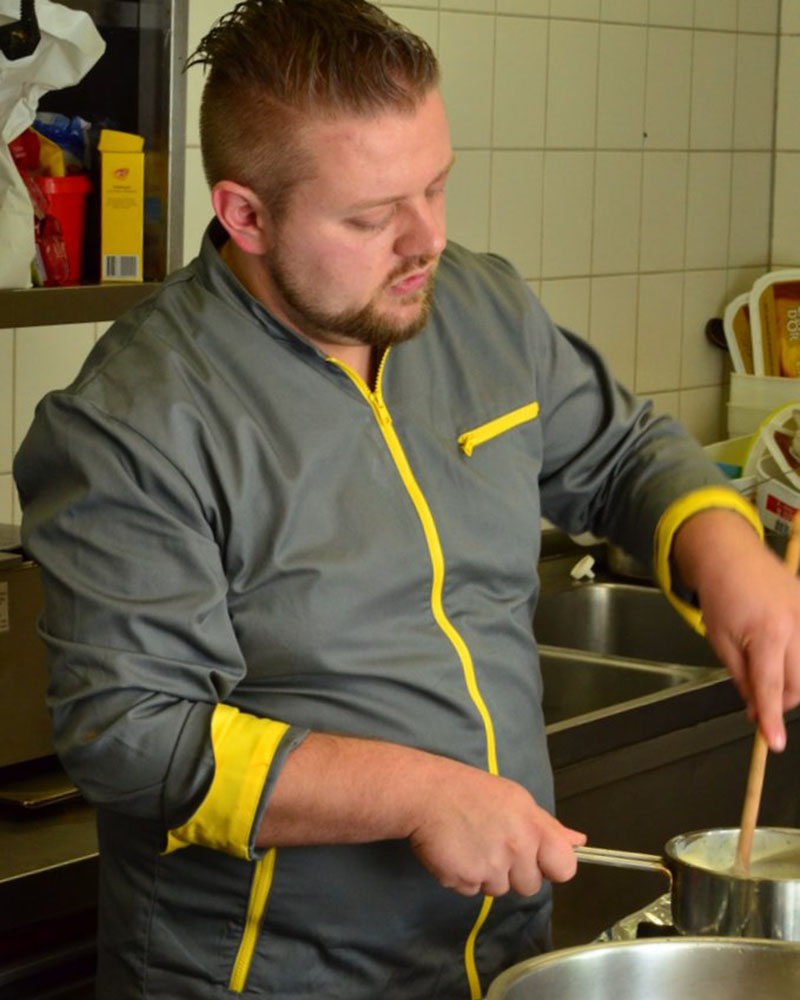 Chef Simon, from Zum Kronprinz, at the stove. Click to view gallery

Does the nearby forest dominate local cuisine?

“Of course, we all like to forage every now and again. The older folk especially treat the forest like their back garden; they know exactly where to find mushrooms and ripe berries. We also plant carrots, potatoes and other root vegetables. On top of that we have many fig trees and sweet chestnuts, because of the temperate climate.”

Simon shows me a jar. “This is homemade fig mustard,” he says. “Goes very well with burgers. To make some, you just add fig jam to a grain mustard and there you have it.”

Apart from making good use of the forest’s bounty, Pfalz’s farmers are big on pig rearing – like the rest of Germany – and people here tend to utilise every part of the animal. And I mean every part.

Simon leads me to the kitchen where the local speciality, saumagen, has been cooking for two hours and is ready for sampling. Notorious in Germany for being the favourite dish of Chancellor Kohl, it translates as “sow’s stomach”. I glance at it more in trepidation than eagerness. Many world leaders, including Thatcher, Clinton, Reagan and Mitterrand, shared my dread when they visited Kohl, knowing what would be served as dinner’s main course.

The origins of saumagen are lost in the mists of time. Some say it was poor people’s fodder, made using leftover scraps of meat and veg stuffed in a pig’s stomach and boiled. Others claim butchers stored their best meat there. During the frequent invasions, soldiers would loot the shops bare, but wouldn’t touch the stuffed stomachs hanging on the walls. Looking at the inflated sack bubbling slowly in the pot in front of me, I know I wouldn’t either.

Simon takes out the saumagen, cuts it in half and carves a generous portion for me. He splashes a red wine gravy on top and adds a few spoonfuls of creamed potatoes on the side. I check the meat slice carefully; it’s convincingly disguised as a round meatloaf.

The moment of truth has arrived.

My teeth cut through the soft flesh and a sublime sense of meatiness, tempered by marjoram, invades my palate. For a minute I truly believe I’m in carnivore heaven. It’s as if all the porcine flavours – the tender sweetness of a lean pork chop, the salty, smoky taste of a bacon rasher, the melt-in-the-mouth texture of a pulled shoulder – have been concentrated into a single mouthful. I finish my plate in record time.

Rinse the stomach thoroughly and pat dry. Close two of the stomach’s three openings with kitchen twine, then fill loosely with the pork mixture. Overfilling will cause it to burst during cooking. Tie off the final opening.

Bring a large pot of salted water to the boil, then reduce heat to a simmer. Add the stomach and cook for three hours. Add the bay leaves, juniper berries, extra marjoram and peppercorns to the pot and continue to cook for another 30 minutes. It’s important the saumagen doesn’t boil at any time during the cooking process. It is cooked when a fork pierces the stomach and it falls cleanly back into the pot.

To serve, cut into slices, plate up with creamy potatoes on the side, and top with gravy.

* If unavailable, use sausage skins or cook the filling as a meatloaf. 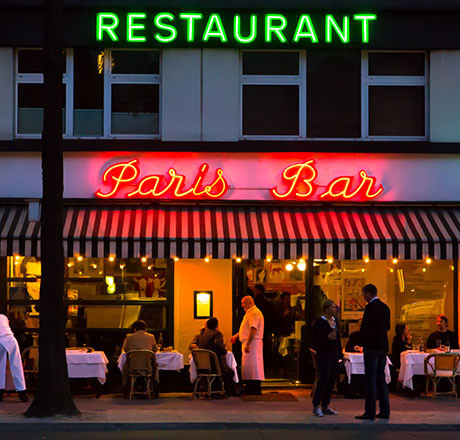 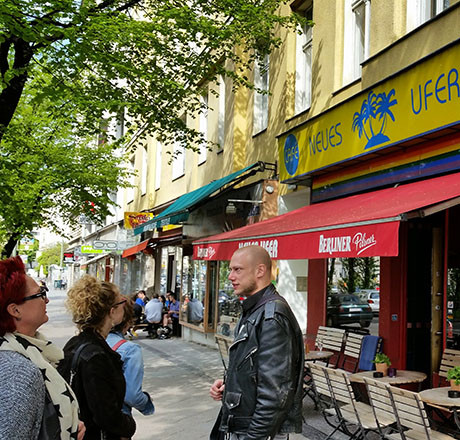 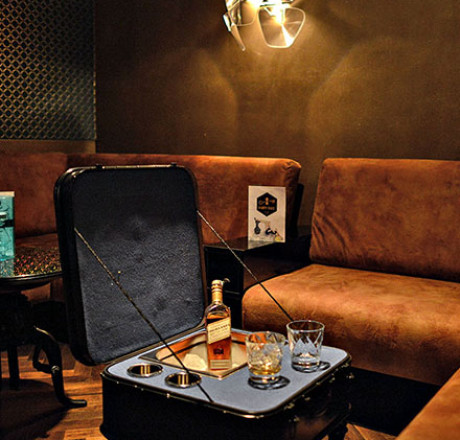 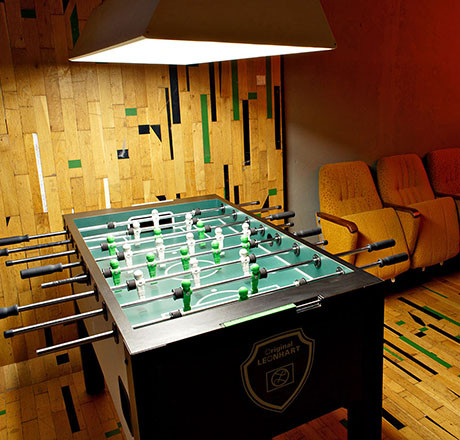 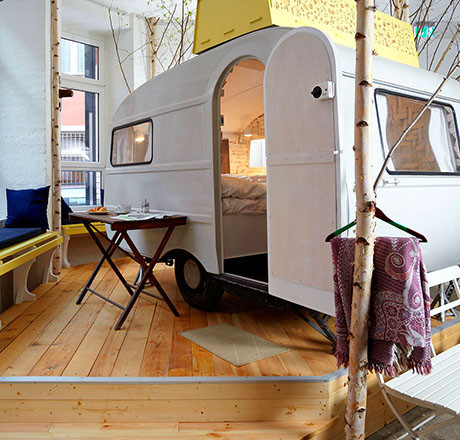 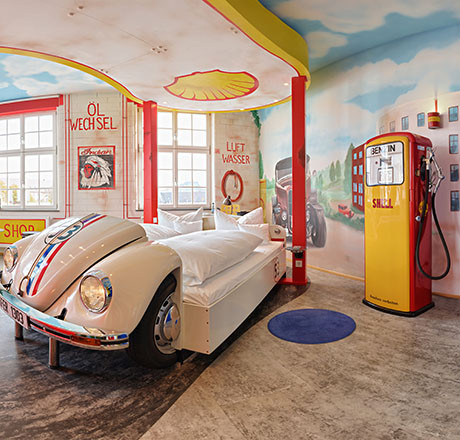 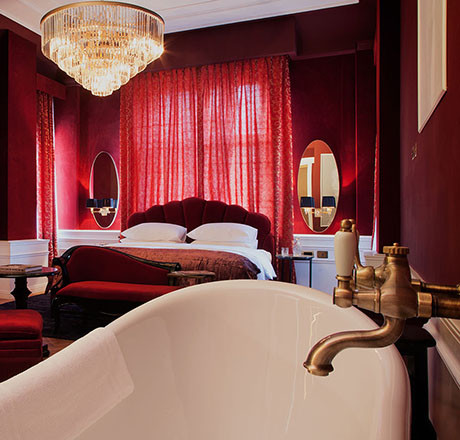 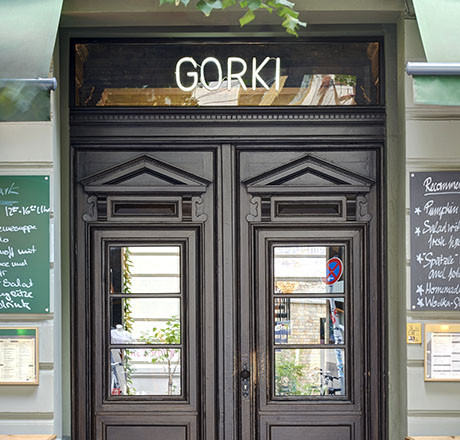 No matter where you’re from, Gorki Apartments makes Berlin...

No matter where you’re from, Gorki Apartments makes Berlin feel like home. Located in... 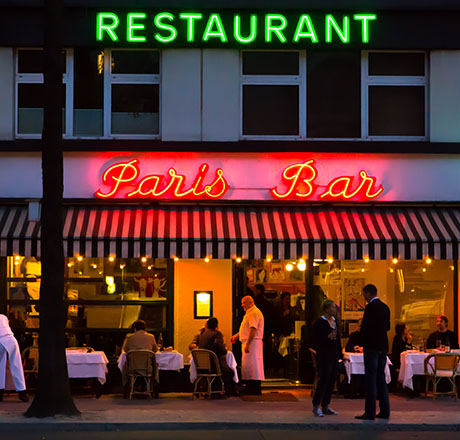 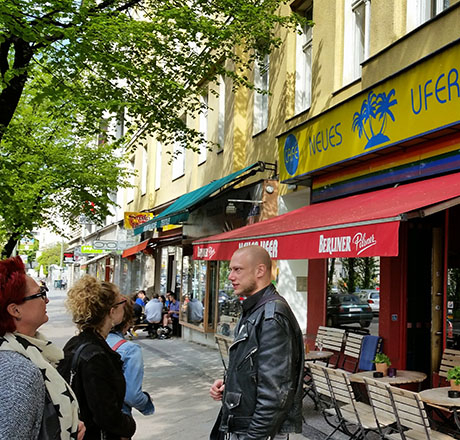 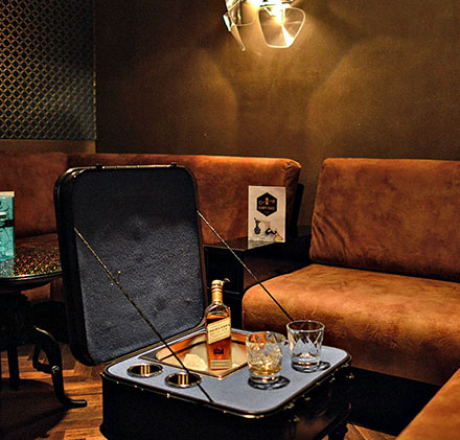 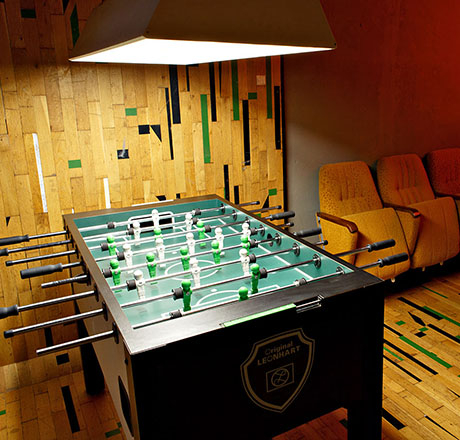 Step off the streets of Berlin’s Lichtenberg borough and right into this...