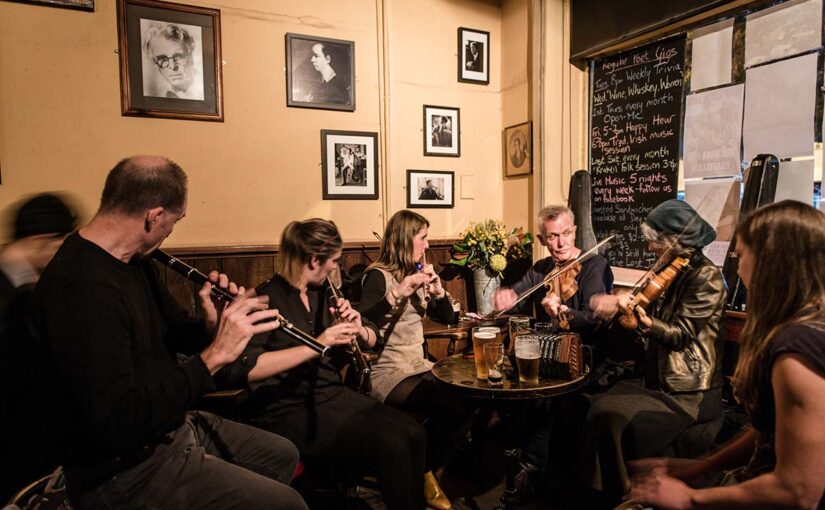 I told an Irish flute player I met at the bar of the Drunken Poet that it had been named among the best Irish pubs outside of Ireland.

“No mate,” he corrected me. “This place is better than most of the pubs at home.”

If you’re in Melbourne on St. Patrick’s Day it’d be rude not to pop in here…or any day, to be fair, given the craic on offer at this absolute stalwart.

It has all the hallmarks of what makes a great Irish pub: a warm space of small nooks and crannies, tiny circles of chairs crammed with talented musicians named Caihome or Aoife, plus the best pint of Guinness in Australia.

The pub gets its name from the portraits of ‘drunken’ poets that line the walls. There’s live music from talented fiddlers and flutists, or live poetry and spoken word six nights a week. This is the key – there’s always something happening, which is what makes it so special. Sláinte. 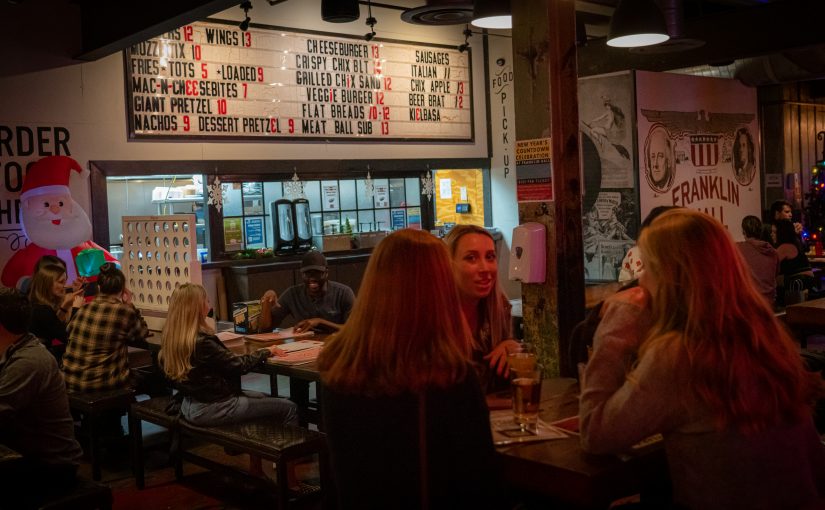 get lost’s man on the ground Roberto Serrini is no stranger to being out and about in a foreign city after dark, so he’s a good judge when it comes to this sort of thing.

We recently sent him to Washington D.C., and amongst finding a brand new food halls with epic, upmarket American favourites and the super cool, slightly creepy International Spy Museum… 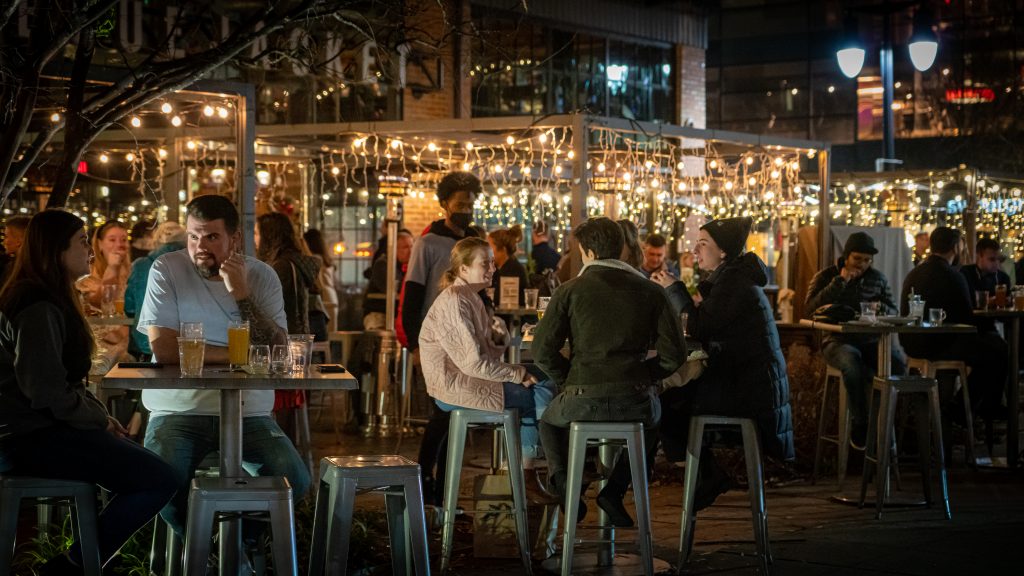 …he was also able to show us where to go on a night out in the ‘Murican capital. 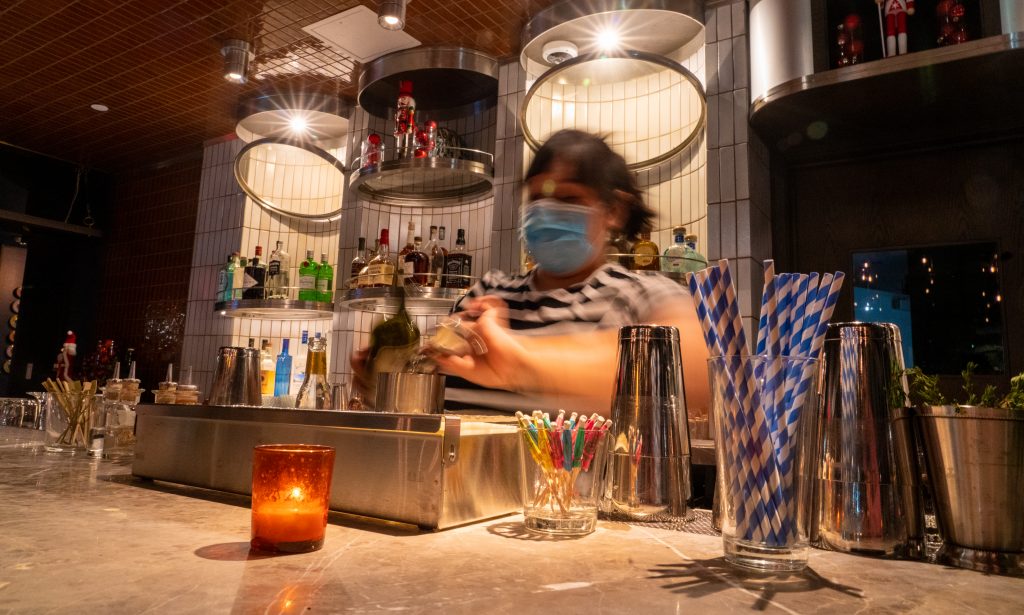 Perch yourself up at a bar and let the experts do their thing. 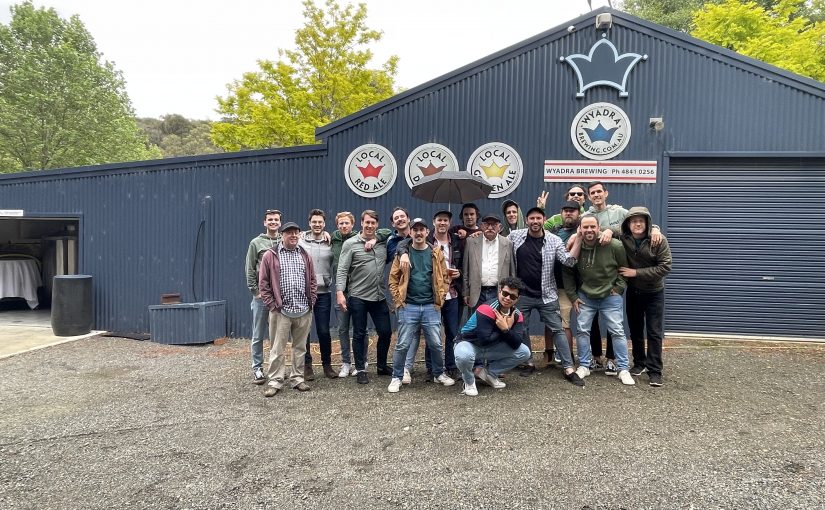 There are just two ingredients you need for an incredible brewery experience.

Good beer is mandatory, but an almost treasure-hunt-like experience to find a new brewery always reminds you that the journey is always more important than the destination.

Wyadra Brewing is a small craft beer producer operated by John and Kate Dall on their remote property at Tallong in southern New South Wales. And when we say property, we mean literal tin shed propped up against an old oak tree and sandwiched between a dirt track and busy freight rail line.

After traversing the aforementioned endless dirt track, Wyadra appears like a mirage on the horizon.

Three crowns from its icon logo emerging like a beacon of beer beckoning us for a good afternoon of boozing in the bush.

In the brewshed, you can gather around John’s makeshift timber bar and roaring log fireplace while old vintage cars hover on hoists above – one of which is an old red Lamborghini.

In between John’s home-made hors d’oeuvre of Primo cabanossi and tasty cheddar cheese, the real star of the show at Wyadra is the beer.

And if you’re looking for an afternoon to settle in and forget you’re actually miles away from Australia’s biggest city, acoustic guitar acts from the bush frequent the shady branches of Wyadra’s old oak on a Saturday afternoon.

Ask for a tour of John’s mechanic shed-cum-brewery and be sure to buy a sticker for your Esky so you can tell your kids about your experience, this one won’t remain a secret from Sydneysiders for long. 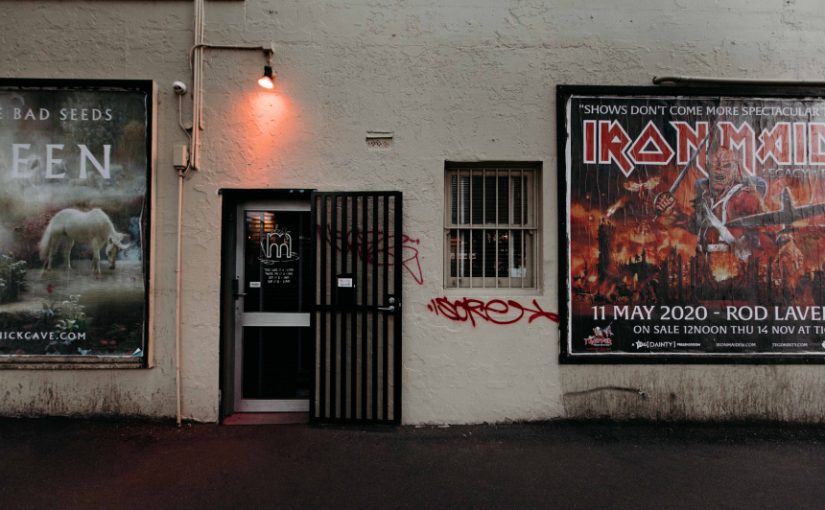 In Melbourne on Valentines Day weekend? Needing somewhere to take that someone special? Say no more – Milney’s has you covered.

You could be forgiven for not noticing the discreet entrance to Milney’s as you walk down the northern end of busy Brunswick Street. It’s literally just a door without signage; nothing to suggest one of Melbourne’s most chic spots lies a gentle turn of the handle behind.

But that is exactly what awaits, a luscious plant and light-filled courtyard backing onto a dimly lit bar area perfect for whispering sweet-nothings into someone’s ear, provided of course that you know that person.

In fairness, Milney’s is much more than just a Valentines Day specialist – it’s a bar that perfects the difficult-to-perfect balance between uber-cool and unpretentious; for instance, you can pay $90 for caviar, which comes served with a side of Pringles – straight out of the box.

Get there before everyone knows about it. 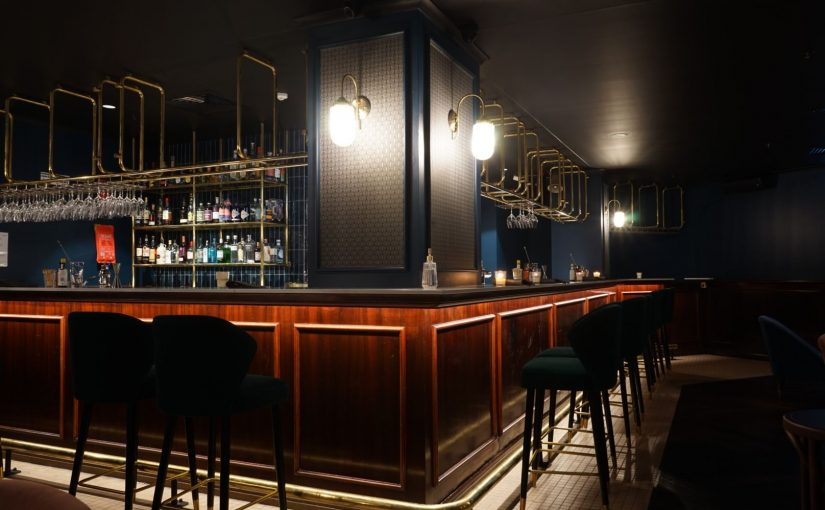 Anyone down for a little Hanky Panky?

That’s the name of the brand new cocktail bar that’s just opened in Darwin city centre to plenty of hype, the brainchild of several lynchpins of the Australian bartending scene.

Dim lighting, New York-speakeasy style interiors and smartly dressed bartenders greet punters on arrival, all in, it must be said, slightly un-Darwin like fashion.

There’s an extensive list of cocktails – including the place’s namesake, the Hanky Panky, which is gin, sweet vermouth, Fernet-Branca and orange slice served on ice.

We reckon that if you find yourself in the heat of Australia’s tropical far north, you could probably do with a refreshment (or seven) like this.

If you can’t get to Darwin though, here’s how you can make it at home, thanks to Doctor Cocktail himself, Dirk Hany*:

*This guy has no association with the Hanky Panky Lounge – we just found him to be a pretty great cocktail Doctor. 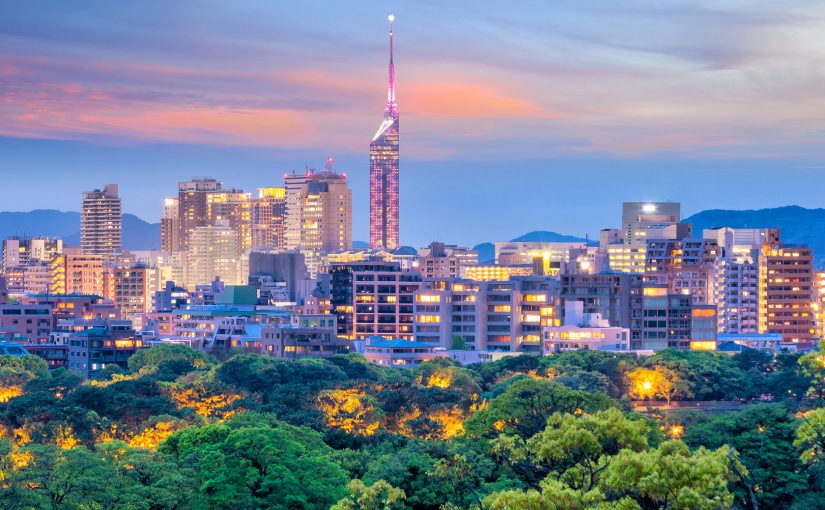 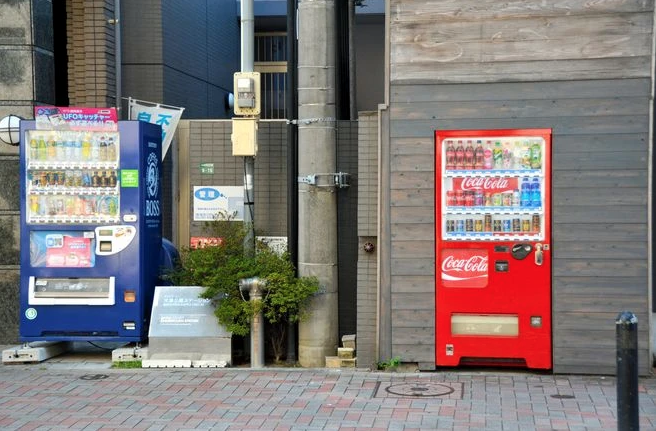 Just any other street in downtown Fukuoka… 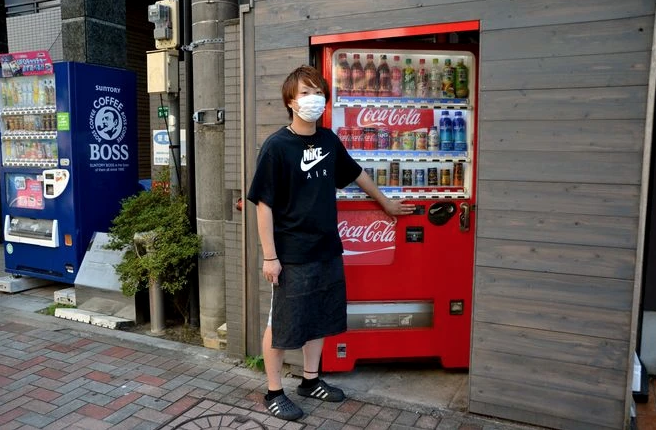 You pop some coins in and instead of getting a coca-cola back, the vending machine opens wide, revealing a set of stairs.

“This vending machine is a pub!” we imagine you saying to yourself as you descend the slightly steep steps into a dimly lit Izakaya.

You know that Izakaya means ‘Stay-drink-place” in English, so you grab a seat, ask for a sake and the special (cheese fondue yakitori, a kind of grilled chicken with veges and a cheese sauce dip) and stay-drink you do.

Be warned though: every other vending machine you visit from now will probably seem pretty dull.

The pub is hidden amongst other vending machines in Fukuoka’s Kasuga neighbourhood…see if you can find it. 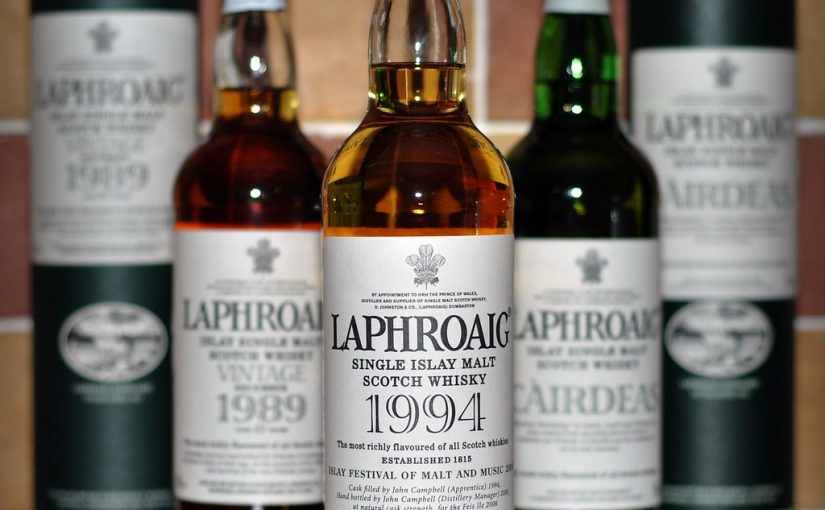 At get lost we don’t spend a lot of time in tents. But if it meant trying a variety of expertly curated scotches and accompanying cigars, we probably would.

The tent is a pop-up in Rhode Island from Preserve, who do lots of cool shit like this, and the tastings themselves come from legendary brands Laphroaig and Cobina.

As well as this, there’s some charcuterie, chocolate and roasted nuts to go with. You’ll truly feel like royalty….in a tent.

Now this is camping we can get into. 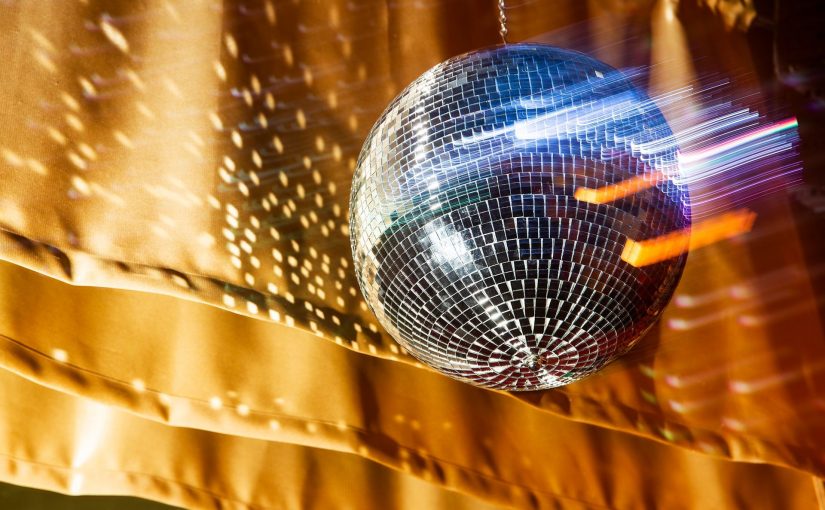 You may have noticed we haven’t put the exact location of Toots in the ‘location’ section of this article. That is because we, err, can’t actually tell you.

Toots is Perth’s secret 70s disco bar.  Dance to Boney M, Gloria Gaynor and more while sipping on Fruit Tingles, White Russians and the like. There is glitter, there is colour, and you’d better believe there are a lot of disco balls.

Located in another bar in Northbridge’s Chinatown precinct, we can’t share with you the exact location, but we can tell you that these are the steps to a good night at Toots:

🍷 Kindly ask the bartender if “Toots is in?”⠀

🍷  Get your golden ticket and follow the instructions to the secret door.⠀ 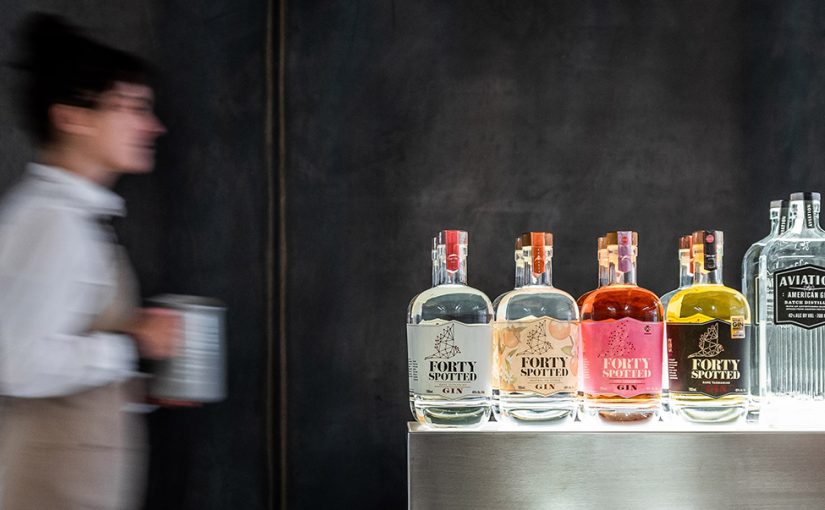 As if we needed another reason to visit Tassie, the team behind Forty Spotted Gin have just gone and opened a bar. Hidden away from Hobart’s main strip, the venue is a work of art, and has been built using thousands of individual pieces of timber joined together to symbolise the nest of a forty-spotted pardalote – one of the Apple Isle’s rarest birds and the gin brand’s namesake.

The entire Forty Spotted range is available to sip and sample, including the just-released half-strength Raspberry and Rose, plus there’s an impressive collection of more than 20 unique gins from right across the world. You can even book a 90-minute gin-blending masterclass at the ‘Ginstitute’, and take home your very own bespoke bottle of the good stuff. 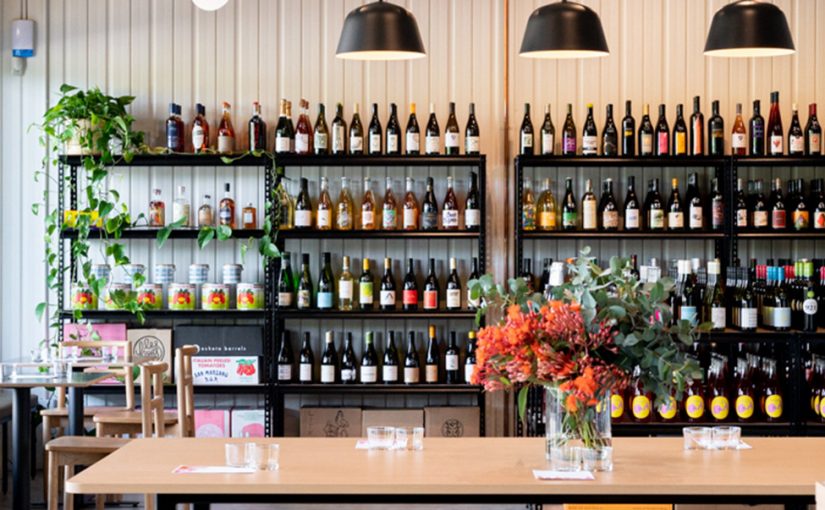 The name says it all, really. Canberra’s cool new bottle shop-meets-bar is a mecca for lovers of quirky, out-of-this-world wines, especially varietals that are natural and organic. With a simple brick frontage it’s unassuming from the outside, and just as relaxed once you step inside, making it the perfect place for a cheeky after work drink or lazy Sunday sesh, or to quickly pop into on your way to dinner, when it’s BYO and you need to impress with a fancy drop.

Nibbles come in the form of marinated olives, La Luna Holy Goat Cheeses, Ortiz anchovies and charcuterie platters, which can be enjoyed at the huge communal table or even across the road at Hassett Park. Our pick of the vinos? You can’t go past the house rosé – thank us later.