Burt Bacharach and Hal David weren’t referring to the Costa Rican capital when they wrote the hit ‘Do You Know the Way to San Jose’, but any visit to Costa Rica will no doubt include some time in its heaving capital. It’s charms aren’t obvious, but dig deep and you’ll find galleries and boutiques in neighbourhoods layered with history like Barrio Amón, amazing museums (guests enter the National Museum of Costa Rica through a butterfly house), and great nightlife.

The reason you’ve come to this Central American country, however, has nothing to do with discovering the urban charms of Chepe, as it’s known. Open the dictionary at ‘tropical paradise’ and you’ll spy a photograph of Costa Rica. It is the epitome of what travellers began looking for once Alex Garland stuffed up the tiny pockets of Thailand that had yet to be overrun by keen beachgoers. Here, you’ll find soft eco-adventure – from horse riding along palm-fringed beaches to rafting down fast-flowing rivers – in plentiful supply. Marvel at the volcanic peaks of Poas and Arenal before heading to the white-sand, palm-fringed coastline of Manuel Antonio National Park. (For lovers of lazy wildlife, this is one of the best places in Costa Rica to see sloths.)

Those eager to explore the rainforest and its creatures – squawking scarlet macaws, giant anteaters, sleek jaguars – should head to Puerto Jimenez. Located on the Osa Peninsula, it’s not only handy for Corcovado National Park, but, should you head south, you’ll also discover the tiny village of Cape Matapalo, with its pristine beaches and great waves.

Inland is the spectacular Monteverde Cloud Forest, a 10,500-hectare reserve consisting of 90 per cent virgin forest. The site has the largest number of orchids anywhere in the world (about 500 species in all), as well as huge numbers of birds – the rare and scared quetzal is still regularly seen here – frogs and even bigger animals like the agouti (a large rodent). The continental divide runs right through the reserve, so you can put one foot on the Caribbean side and other on the Pacific.

A World in Pause 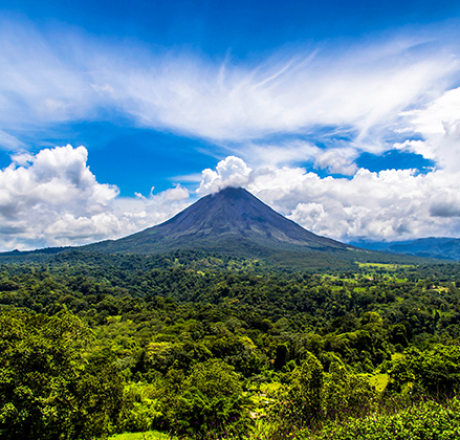 Costa Rica is, relatively speaking, a pretty small country. Which makes it...

Costa Rica is, relatively speaking, a pretty small country. Which makes it the perfect... 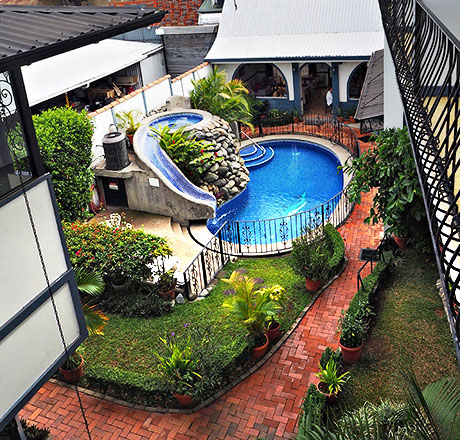 Hidden behind an unsuspecting façade in the heart of San Jose’s oldest...

Hidden behind an unsuspecting façade in the heart of San Jose’s oldest historical... 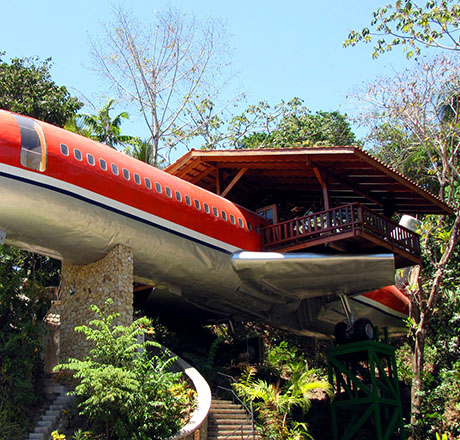 stay
Jet off to...
Jet off to paradise in this high-flying...
MANUEL ANTONIO, COSTA RICA 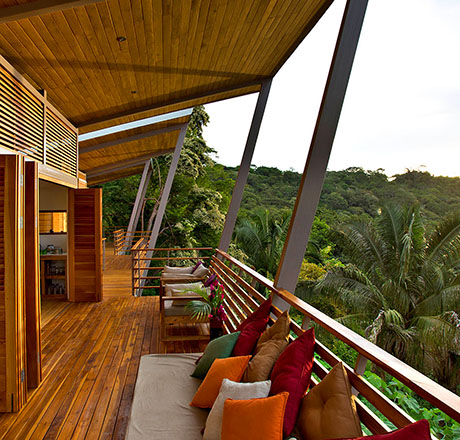 stay
Stay in an...
Stay in an architectural marvel
MALPAIS, COSTA RICA

You’ll feel like you’re part of the family of chattering monkeys that...

You’ll feel like you’re part of the family of chattering monkeys that live in the... 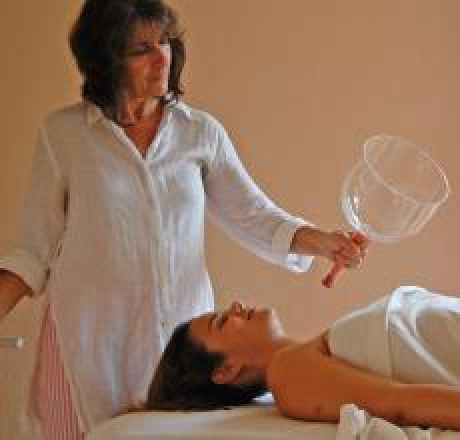 Energy-balancing therapy is all about good vibrations. Amatierra’s sound... 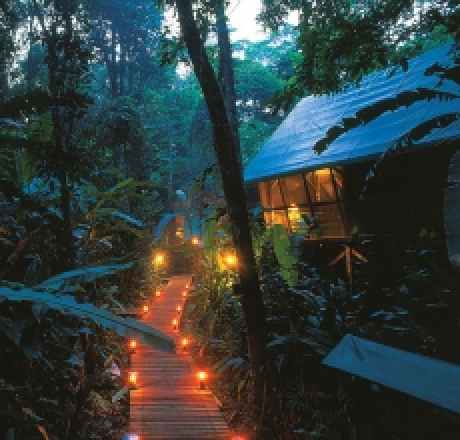 Considered one of the most stunning spots in Costa Rica, Gandoca Manzanillo...

Considered one of the most stunning spots in Costa Rica, Gandoca Manzanillo Wildlife... 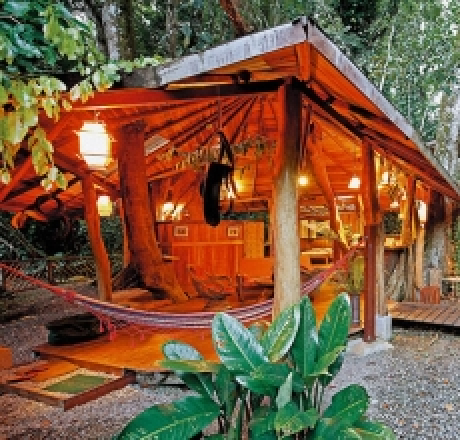 Experience pura vida (the happy life) Swiss Family Robinson-style when you visit the... 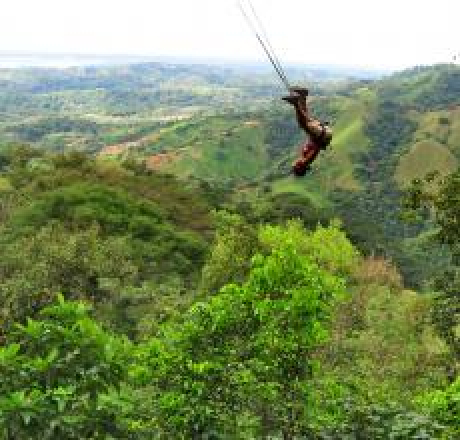 Give your zip-lining mates the look. You know, the one that says, “That is...

Give your zip-lining mates the look. You know, the one that says, “That is seriously...