You’ve sailed the Caribbean, summited the Himalayas, traversed the Kalahari, backpacked through most of Europe and all of Southeast Asia, and milked yaks in Mongolia. The travel bucket list is well and truly ticked off. But have you ever ventured to the southern Atlantic Ocean to hang out with king penguins? South Georgia, a British overseas territory about 1300 kilometres southeast of the Falkland Islands, is extremely remote yet remains one of the most-visited places in Antarctica. (It’s teamed with the South Sandwich Islands, which are so remote and inhospitable few visit them since the Argentina closed its naval station on Thule Island in 1982.)

Captain James Cook was the first to land here in 1775, and his reports of huge populations of elephant and fur seals brought the traders who would lead, not just the bloody exploitation of these mammals (typical humans – once they’d killed the last of the seals in 1916 they moved on to whales), but also the exploration of the Antarctic.

These days visitors still largely arrive on sea-going vessels. Some tour operators follow in the footsteps of Sir Ernest Shackleton, who was the first to attempt to cross the Antarctic from coast to coast via the South Pole. He started his journey here, returned to the island after his ship sunk in ice and was eventually buried here, at Grytviken, after he died aboard Quest on his way to Antarctica in 1922.

These days King Edward Point, on a sheltered bay, hosts a small but permanent population of scientists and crew from the British Antarctic Survey (they also man a scientific base at Bird Island), while nearby Grytviken is home to a museum. For the visitor, this is an otherworldly place. Bare, rugged peaks erupt from the island behind the settlement, seven abandoned whaling stations dotted around the island are a reminder of darker days, and South Georgia’s two mountain ranges are covered in snow, ice and glaciers. Still, it’s the wildlife that is its biggest attraction. After their decimation, seals have returned in force. About two million southern fur seals (or 95 per cent of the world’s population) come here each summer, along with huge numbers of southern elephant seals. There are six species of penguins, and a eye-popping number of sea birds. About a quarter of a million albatrosses, including the wandering albatross with its three-metre-plus wing span, return each year. And because there are so few people on the island, the animals don’t fear them, often making for close encounters of the rare kind. 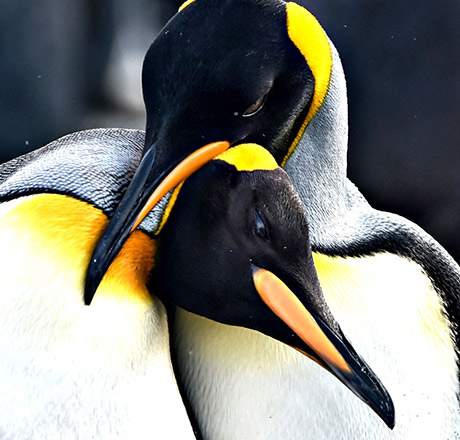