We get it. The pizza in Naples is great, the pintxos in San Sebastian are to die for and the boulangerie pastries in Paris are worth the extra 10 kilos you take home.

But what about the eats that not everyone knows about? Everyone has a secret, especially when it comes to food. These are ours

Here's five of the best 'secret eats' from around the world that are just as delicious, but probably aren't on your radar.

“Four bucks for a potato cake? Are you joking?”

Incredulous, I went ahead with my order of three of them, plus some chips and a piece of gold snapper in the renowned fishing haven of Exmouth, on Western Australia’s north-western tip.

In a direct, real life replica of The Simpsons episode where Moe starts overcharging for beer - this was the best bloody potato cake I ever had.

They’re like a deep-fried mash potato that melted in your mouth.

Some research would suggest it won Australia’s best potato cake in 2020 (with no shortage of competition). Whether you call them scallops or cakes, this is the absolute cream of the (potato) crop. 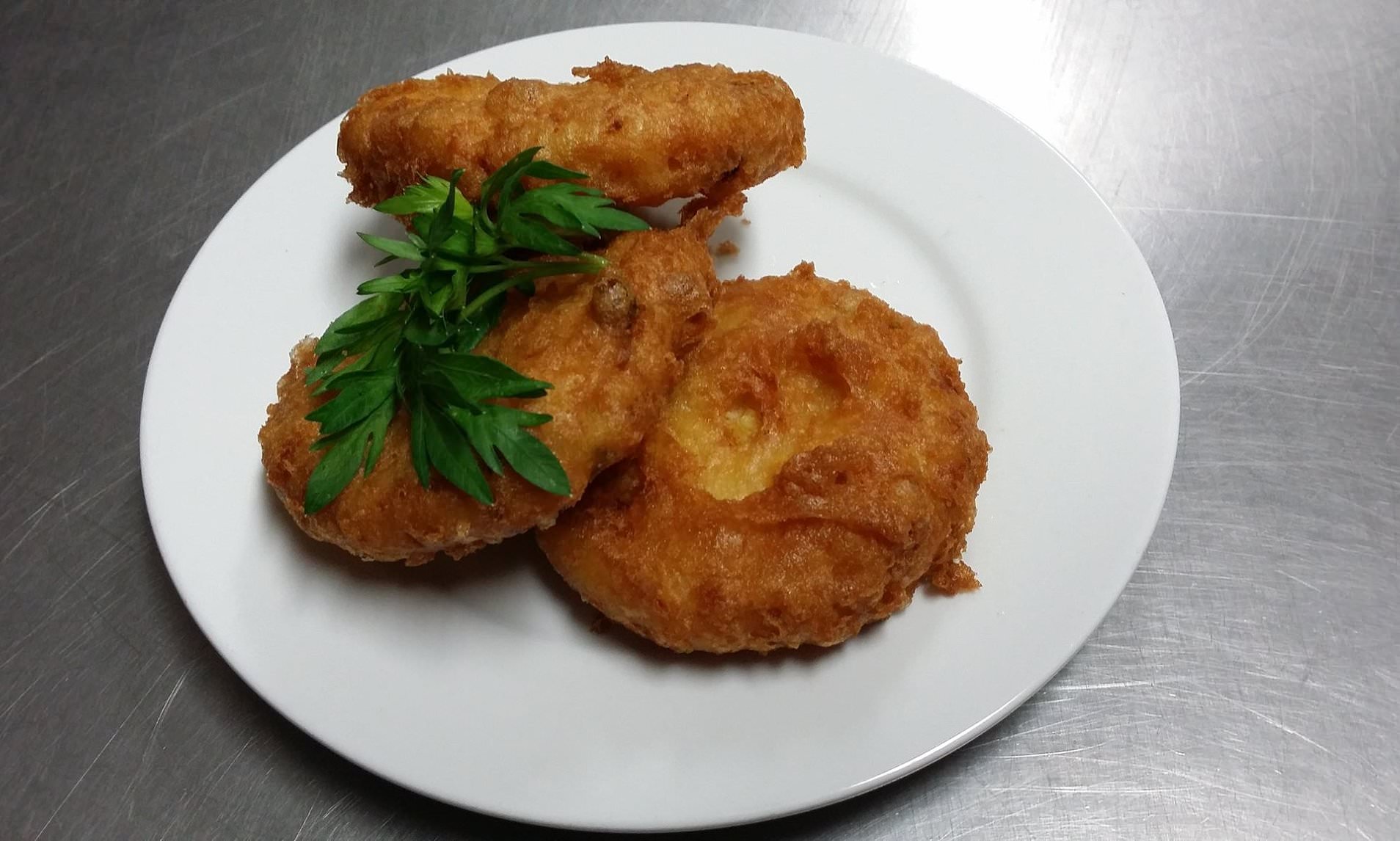 The west coast of Ireland is wild.

Hurricane-like winds belt the shoreline, whipping up gigantic swells and rippling through towns to create Baltic conditions through the little towns that dot the shoreline. Doesn’t seem like the place to put an ice cream shop.

This then, proves just how good Mammy Johnston’s homemade ice cream is in Strandhill. The award winning gelato shop has been there for almost 100 years, and in the hands of the Bryne family for the last few decades. This is as good as ice cream gets….which is really saying something. get lost recommends the Oreo gelato.

When you exit the U-Bahn at Schlesisches Tor station, in Berlin's uber-cool Kreuzberg area (they're all uber-cool, right?) and walk across the road, you will find a large queue at a fairly elementary looking public toilet most hours of the day and night.

No this is not some sort of secret Berlin nightclub. This is Burgermeister, an institution for travellers and Berliners alike since 2006. And I shit you not: The best burger I have ever (and I mean ever) eaten came from this public-toilet turned burger shop.

The toilet people make their own buns, make their own meat patties, and produce their own fries - all fresh. This is unusual in itself for a fast-food restaurant, a trait they clearly aren't scared of.

After a particularly big couple of nights that may well have been a week, a friend and I queued at Burgermeister for what seemed like another week, looking for sustenance and keen to see if this famous burger was worth the hype.

Long story short: it was. 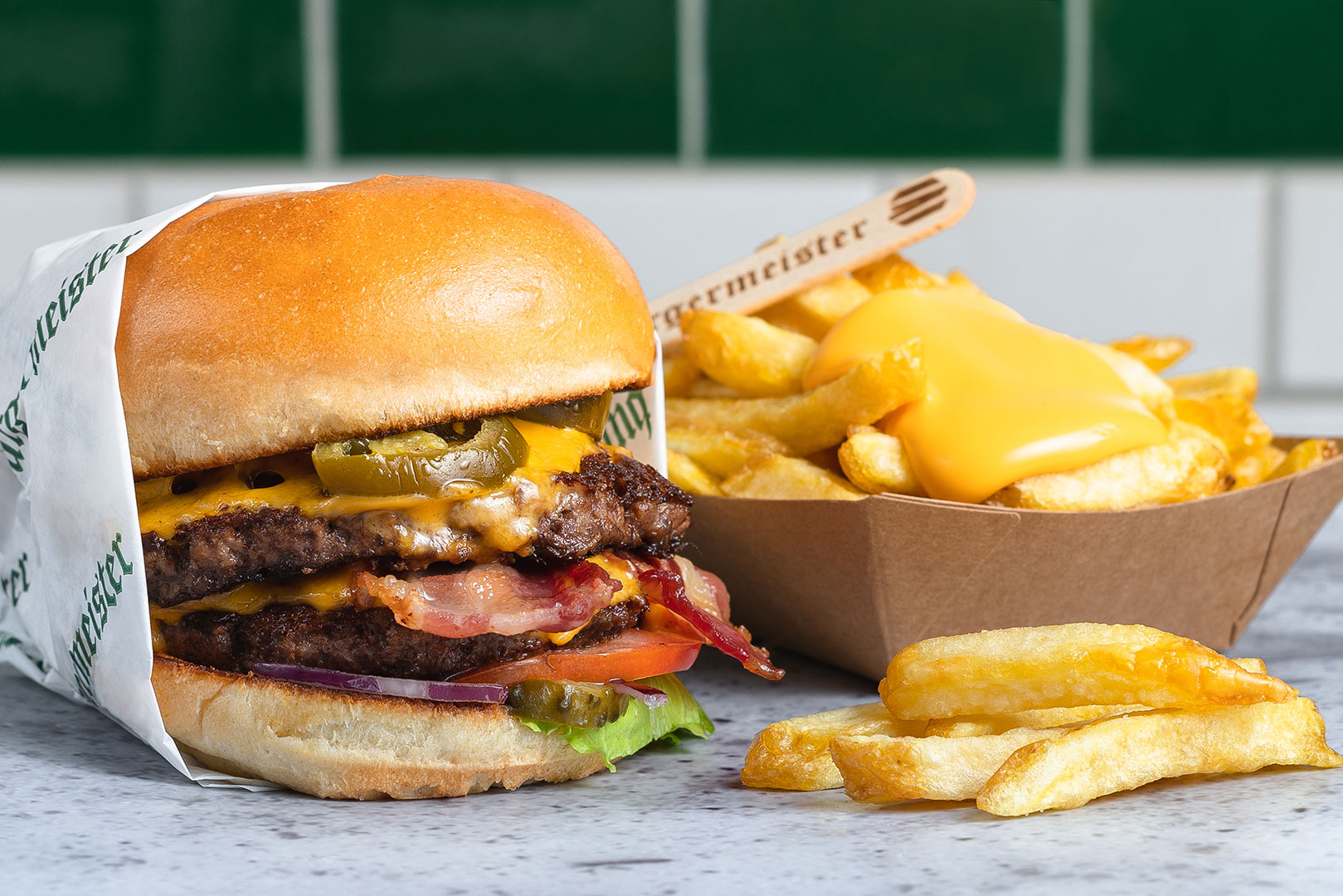 You know something’s going to be good when, after ordering, you are given a set of plastic gloves to deal with the greasiness of what you’re eating.

This place is so secret that this writer has no idea of its name, despite returning 3-4 times over the space of a weekend.

It is not a secret in Tehran, though. Lines snake around each corner of the Tajrish Bazaar in the north of the city. The queue is an experience in itself: an unorderly jostle, a matter of holding cash out and shouting, hoping the store person takes it and admits you.

The lamb, chicken or beef insides are delicious but unusually for a kebab, that’s not where the best bit is. Instead of using bread, the maker here (in front of your eyes while you wait) makes greasy, buttery, delicious omelettes to hold the insides, hence the gloves. Greasy goodness. 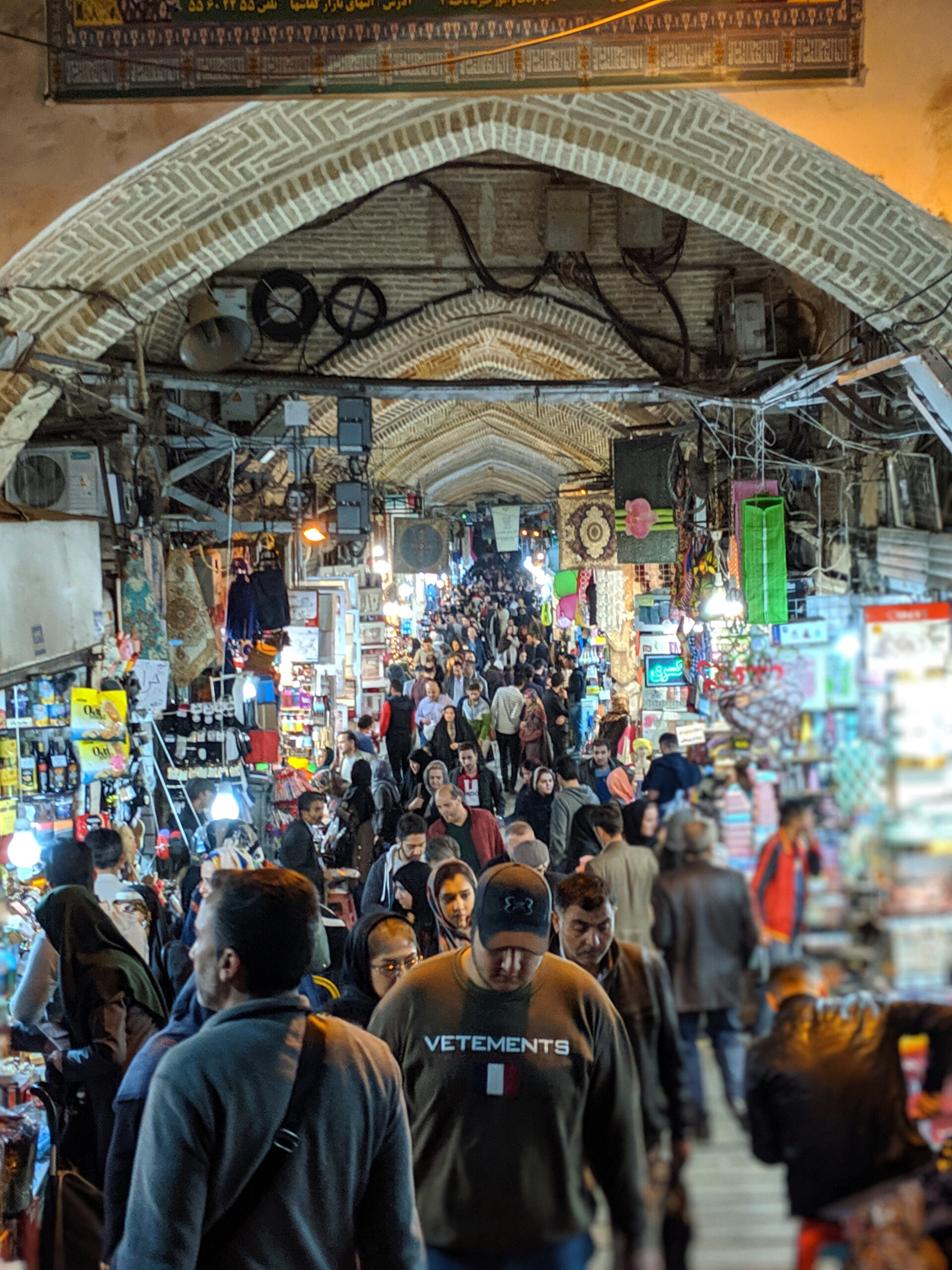 In the north of the city is the Four Ways Farmer’s Market, a farmer’s market offering exceptional local fare, as well as foreign dishes from all over Africa and the world. There’s also several bars with craft beers on tap, local gins, champagne and more, and all your usual market mainstays.

This is not the part of the world you'd expect to find a world class paella. But in a dark corner of the market is Tutto Food Co who, in truly gigantic pans/woks, cook what would surely be the best paella outside of Iberia. 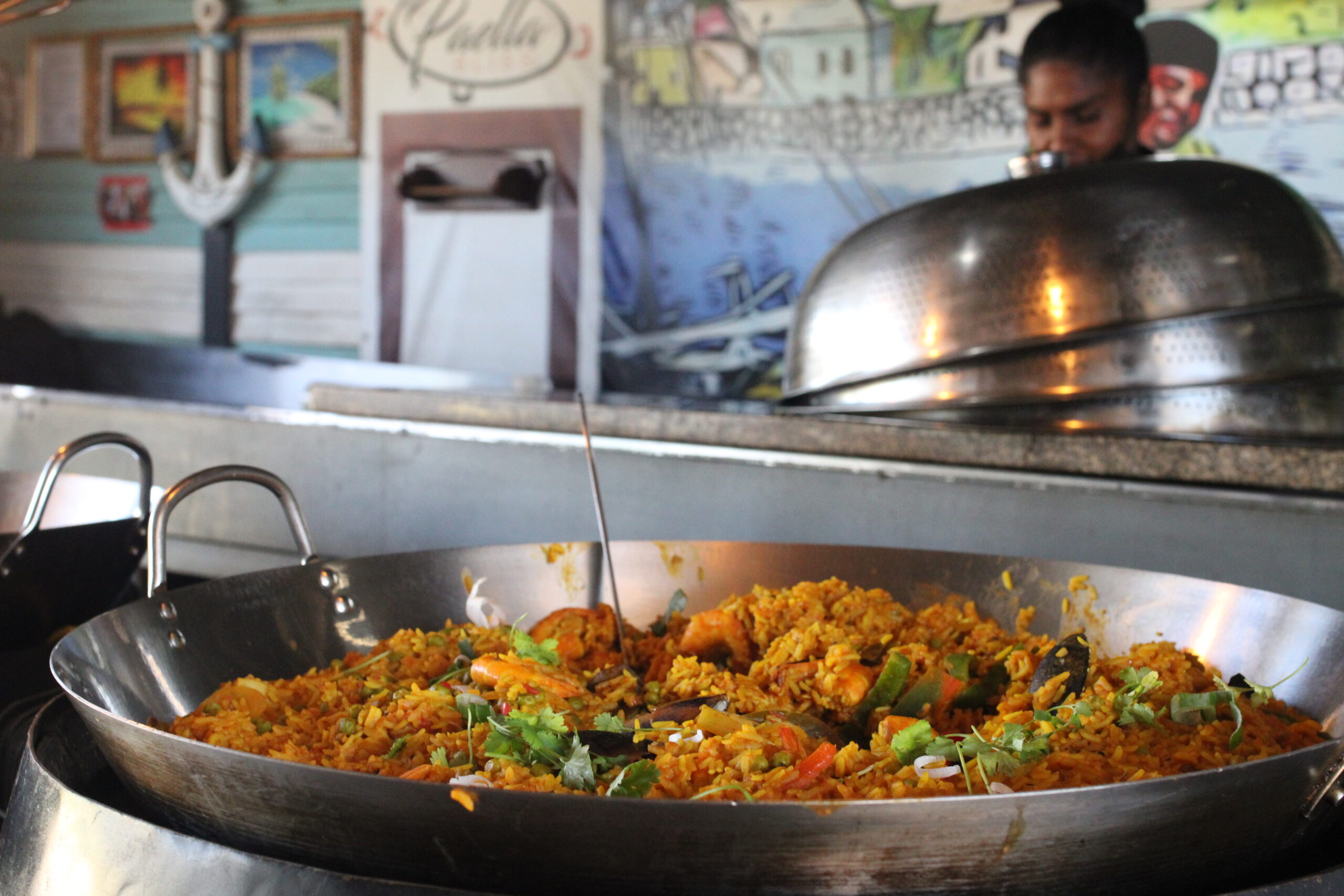