Lara Dunston goes hot Turkey, takes a toke on the narghile and discovers there’s much more than mezze to get your mouth watering during a night out in Istanbul.

Many cities claim to be 24-hour cities, but Istanbul actually walks the talk. Dusk is when the city really starts to come alive and after dark is when the locals come out to play. Over the bridge in the backstreets of Beyoglu, not too far from the tourist enclave of Sultanahmet, is where Istanbul’s residents while away their nights sipping Efes beer, listening to smooth jazz, grazing on scrumptious mezze and literally dancing in the labyrinthine streets.

Come five o’clock, having finished work for the day, Istanbul’s locals alight from buses and trains at the transport hub of Taksim Square and stream down the crowded main drag of Beyog˘lu, Istiklal Caddesi, a long pedestrian boulevard that runs from Taksim down the hill to Tünel Square. Beyog˘lu is Istanbul’s shopping and entertainment heart, with hundreds of traffic-free streets and alleys crammed with shopping arcades, markets, cafes, bars, restaurants, pubs, clubs, performance spaces, galleries, cinemas and theatres. Everything is open late and the area always hums. Early evening is shopping time, so go with the flow, browse the boutiques as you amble down the busy artery.

Slip into one of the countless alleys off Istiklal Caddesi to kickstart your night with some caffeine and glasses of fragrant tea or tiny cups of muddy Turkish coffee. Istanbul’s locals never stop at one...so knock back a couple. The lanes are lined with tiny cafes with wooden decks strewn with vibrant Turkish kilims and miniscule wooden stools, where old men play backgammon and puff on the ubiquitous aromatic narghile, or water pipe.

Continue your stroll down Istiklal Caddesi, detouring into side streets if a quirky cafe, funky boutique or hip little bar catches your eye. Nowhere is Istanbul’s bohemian vibe more evident than in Beyog˘lu’s backstreets and hilly quarters, such as the arty residential areas of Cihangir and Çukurcuma.

Don’t stray far, however, as your destination lies at the base at Galata Bridge, where Istanbul’s fishermen will be reeling in their lines for the day. Take the stairs down to the lower level beneath the road where you can sip your first icy Efes beer as you savour the sunset and the striking silhouettes of the colossal mosques across the water.

Skip the hard slog back up the hill and take the funicular to Tünel, then jump on the antique wooden tram and head toward Taksim. It’s fun as much for the sight of the local kids swinging off the tram doors to catch a free ride, as it is for the vantage point it gives of the heaving mass of people that have by now descended upon Istiklal Caddesi. Alight when you spot a line of locals at a stand selling pretzels or chestnuts, so you can also partake in a popular Turkish pastime – snacking. 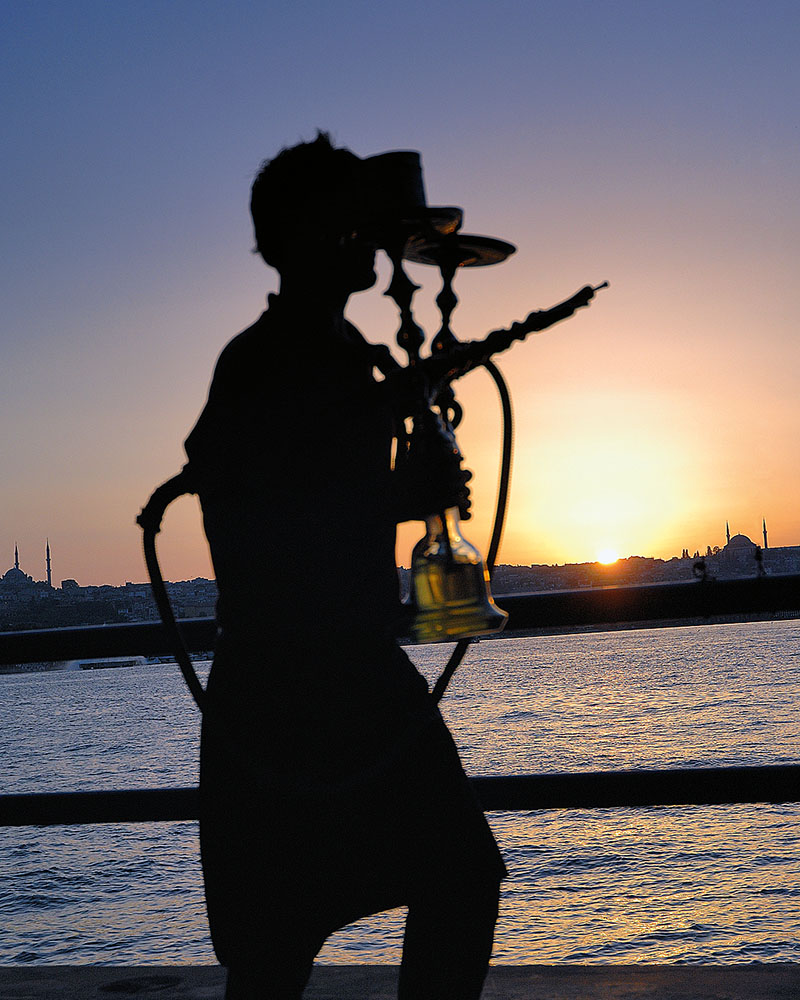 A waiter with water pipes (narghile) at a bar under Galata Bridge. Click to view gallery

Zip down Solakzade Sokak, a narrow lane off Istiklal Cadessi that’s lined with small bars with tiny stools and tables on their terraces outside. Early in the night they’re all packed with locals sipping beers as they listen to roving musicians playing Turkish saz, but later the hard partying goes into the early hours of the morning. Blue-lit bar Mr Bliss is the pick of the bunch. Inside, there’s barely enough room for the band that plays several times a week, headed by Black Sea folk-rocker Aydoˇgan Topal, who performs an original blend of highly contagious pop, rock and folk music from the Laz region that gets locals energetically dancing and singing.
Mr Bliss
5A Solakzade Sokak

It’s dinner time! Bafflingly, the guidebooks often dismiss as ‘touristy’ the narrow lane of Nevizade Sokak, lined with dozens of busy meyhanes (taverns) and dimly lit pubs. This is a myth and a blessing in disguise, as most of the people lingering over long meals of never-ending courses of mezze – traditional Turkish tapas-size dishes such as hamsi tursu (marinated anchovy) and patlican soslu (aubergine salad) – are locals. Any spot is fine for a drink, but you’ll find the tastiest food at Imroz, where the tables are generally packed with big groups of Turkish friends and work colleagues. Select your mezze from a tray the waiter brings to the table and order a bottle of raki to wash it down.
Imroz
24 Nevizade Sokak 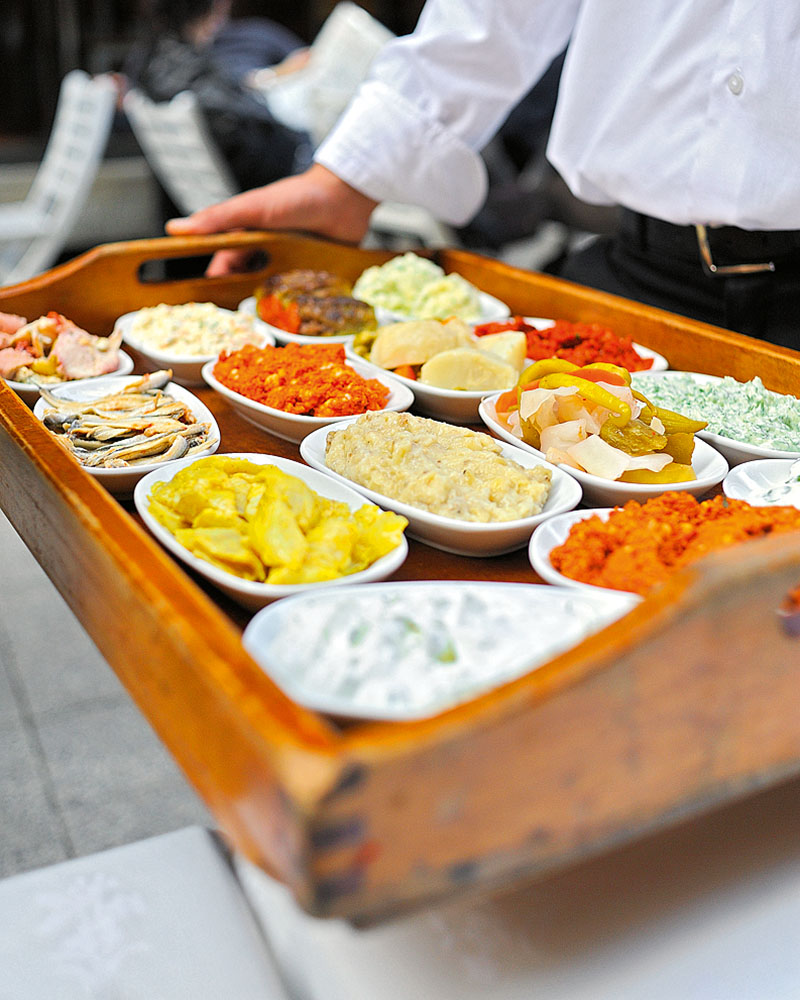 On the other side of Istiklal Cadessi you’ll find yet another skinny street, Acara Sokak – this one rather steep – and at its base, at number 5, an atmospheric basement music venue called Alt Club. Duck through the heavy velvet drapes, head downstairs and settle into a seat at round wooden tables or prop yourself up at the bar for some of the city’s best independent Turkish music and fine jazz. If renowned Turkish jazz trumpet-player Imer Demirer and his superb quartet (including talented pianist Serkan Özyılmaz) are playing, plan to stay a while.
Alt Club
5 Acara Sokak

Take a short stroll down Istiklal Cadessi, off Tünel Square, and you’ll find the nightlife quarter of Asmalimescit. This is home to cafes and bars that are laid-back by day but later start pulsing with boisterous locals spilling out onto the streets, and clubs blaring all sorts of music well into the wee hours. Simply take your pick depending on your taste. On Sehbender Sokak, Babylon caters to all styles of music with indie bands and experimental films projected on the walls some nights, while others see local DJs drawing the hipsters in.
Babylon
3 Sehbender Sokak
babylon.com.tr

If you’ve worked up an appetite with all that dancing, head up the hill to Taksim for some top Turkish fast food to soak up all the alcohol. You will find late-night eateries dotted all along the drag, but up on the square you’ll stumble across a row of kebab joints doing a roaring trade until morning.

Tuck into a kebab or pide before heading back to the hotel for some well earned rest – because if you’re staying in the city longer, trust us, you will want to do the whole thing all over again the next night.

Emirates flies from a handful of Australian cities to Istanbul via Dubai. Istanbul has excellent metro, bus and tram systems and an abundance of affordable taxis; however, you’ll find yourself walking everywhere.
emirates.com

Located two minutes walk from Beyoglu’s Taksim Square and a short hike through the hilly streets to the arty quarters of Cihangir and Çukurcuma, the 44-room Lush Hotel is a chic boutique hotel with idiosyncratically designed rooms.
lush-hotel-taksim.hotel-istanbul.net/en

For the lowdown on Istanbul see:  timeoutistanbul.com 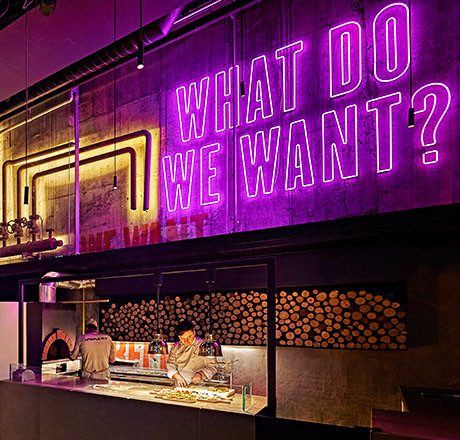 Even though it’s located in a country not traditionally... 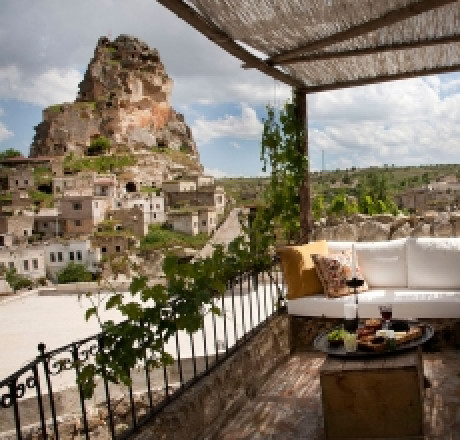 You know a cave hotel is the real deal when you wake to find... 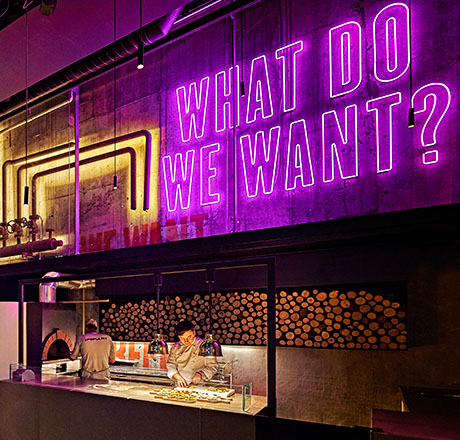 Even though it’s located in a country not traditionally known for its beer,... 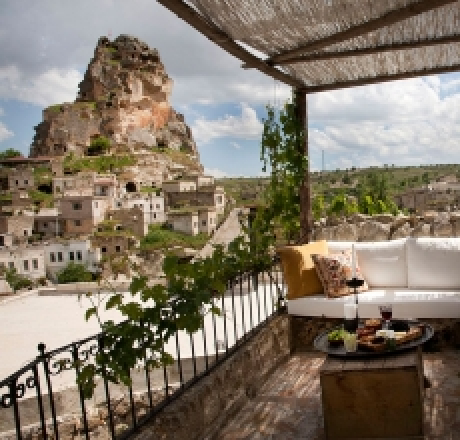 You know a cave hotel is the real deal when you wake to find ceiling rock...