An instant itinerary for Amsterdam and beyond

An instant itinerary for Amsterdam and beyond

As timeless as it is quirky, Amsterdam is the kind of place romantics put on their bucket list, and the type of destination travellers want to come back to. Ignore the rise of river cruise ships. Forget about the coffee shops. Instead, enjoy the curiosities in a city where you can ride a bike through a museum filled with billions of dollars of art – on your way to dinner at a restaurant whose previous tenant operated red light windows, of course. While Amsterdam’s tick-the-box attractions can easily fill your days, take advantage of the country’s excellent rail services to venture a little further to less visited destinations like Utrecht, Rotterdam and The Hague to truly understand why the Dutch way of life is so desirable.

AMSTERDAM – DAY ONE
Amsterdam is a city conquered by water. Get better acquainted with the waterways by hopping on a 75-minute canal boat tour departing Amsterdam Centraal Station. Next, book in advance to visit Amsterdam’s most important and sombre attraction, Anne Frank House, where the young girl hid during the Nazi occupation of Holland. Afterwards, head to the nearby Begijnhof for some quiet reflection away from the din of bicycle bells. Considered the city’s worst-kept secret, the garden and private chapel is accessible by an unmarked heavy wooden door just off the plaza known as the Spui. When darkness falls, check out the Paradiso, Amsterdam’s cathedral turned live music venue, favoured by performers for its acoustics and atmosphere.

AMSTERDAM – DAY TWO
After an obligatory tiptoe through the tourists at the Bloemenmarkt, the city’s floating flower market, head to Museumplein to get your culture on. Seeing Holland’s best art galleries in a day requires strategy: pre-book and hit the Van Gogh Museum when it opens, follow with a lap of the underrated Stedelijk modern art museum next door, before rounding out the day at the Rijksmuseum when crowds have dropped off. At dusk, visit De Wallen, the city’s old Red Light District. Worthy of a visit but vastly overhyped, bypass the overpriced bars here and head down the cobbled Zeedijk, settling into one of the city’s old brown bars (so named for their wooden interiors) for a tipple of jenever (Dutch gin).

AMSTERDAM – DAY THREE
Keep the party going with a visit to the Heineken Experience, showcasing Holland’s best-known beer export. Along with organised tours and sample beers, you can pick up what is for many the ultimate souvenir: a bottle of beer with your name on it. Not quite your cup of brew? Those looking to fill their suitcases should seek out Amsterdam’s 9 Straatjes or Nine Streets, a stylish concentration of the city’s best local designer stores, art galleries, upmarket cafes and vintage shops. From there, put your pedal power to good use to explore the leafy green surrounds of the picture-perfect Jordaan residential and arts neighbourhood, or if you’re not museum-ed out, head to Hermitage Amsterdam, which hosts satellite exhibitions on loan from the larger Russian collection in Saint Petersburg.

UTRECHT – DAY FOUR
Jump on a train to Utrecht, a university town described by locals as Amsterdam without the tourists. Rent a bike from the tourist office, and head out along the River Vecht past the eighteenth-century windmills, historic country castles and tiny villages for a taste of local life in the Dutch countryside. In the afternoon, return your bike and climb up the 600-year-old, 112-metre Dom Tower, the city’s most famous landmark. After smashing the 400-odd steps to the top, reward yourself with a beer at Oudean, a medieval castle turned brewery on the canal in the historical centre. Finish the day at Olivier, a decommissioned church turned Belgian beer cafe.

ROTTERDAM – DAY FIVE
The Netherlands’ most futuristic city is an hour away from Amsterdam, but a world away in modern design. Take in its jarringly post-modern architectural highlights including Erasmus Bridge, the famous yellow cube houses and the enormous tunnel-esque Market Hall. While adventurers can abseil down the landmark Euromast observation tower, those after a slower pace should seek out the Museum Boijmans Van Beuningen. In the late afternoon, stretch out on a terrace for some premium people watching opportunities along the Witte de Withstraat, one of the city’s most vibrant bar and arts hubs. Once you’ve sunk your pint of Amstel, browse the collection of museums and art galleries, keeping an eye out for de Aanschouw, the world’s smallest art gallery, with works changing weekly.

YOUR TRIP
Accommodation
Accommodation can get pricey in Amsterdam. Dorm beds at the Flying Pig start at US$15, while Hans Brinker, which once dubbed itself the ‘worst hotel in the world’ has twin share rooms for US$39. Our pick? Stay in a houseboat B&B on the canals. Prices vary depending on the season, with cheaper, more spacious options located out of the main canal belt with bike rental from US$108 for two.
flyingpig.nl
hansbrinker.com
houseboatrental.amsterdam
TOTAL = US$540 (or US$270 per person)

FOOD AND DRINK
Holland’s best culinary treats are cheap and cheerful. During summer, pickled herring (affectingly known as Dutch sushi) can be sampled for a few euros, while bitterballen (deep-fried gravy meatballs) are a popular bar snack. At 3am nothing beats a fried treat from a FEBO hole-in-the-wall coin machine, but for a filling, sit-down meal, try Caribbean-style Suriname food. Plan on budgeting around US$72 per day.
TOTAL = US$360

DESTINATION HIGHLIGHTS
From the city to the coast and countryside, the Netherlands is one of the most liberal and forward-thinking European countries – it’s also an engineering marvel. While most visitors are aware Amsterdam is below sea level, few know that over a third of the country is too.

VITAL STATS
They say there are more bicycles than people in Amsterdam, with 800,000 bikes in the city – but what happens to them all is a mystery to most. Many are dumped, some stolen, but thousands are estimated to end up in the canals each year, so it’s worth not just locking but also securing your rental bike each time you hop off.

WHEN TO GO
Spring (coinciding with tulip time) and summer is peak season for the city, however with most attractions located indoors, Amsterdam is the perfect year-round destination.

TOP TIP
Visiting during summer? Rock your socks at Friday Night Skate. Rollerblading might have fallen out of fashion elsewhere, but lives on in Amsterdam. Each Friday evening during summer the streets are shut down and thousands show up to skate behind DJs in trucks blasting tunes along a kilometre-long route. It’s so popular, there’s also a Wednesday Night Skate in Rotterdam. 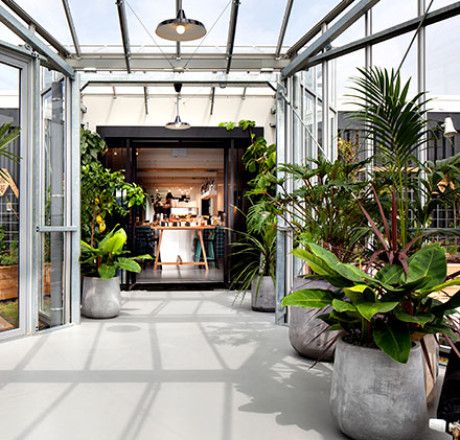 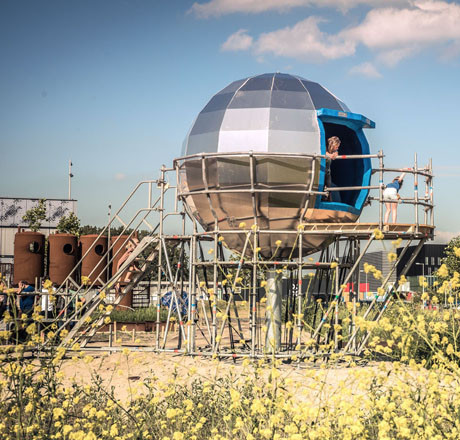 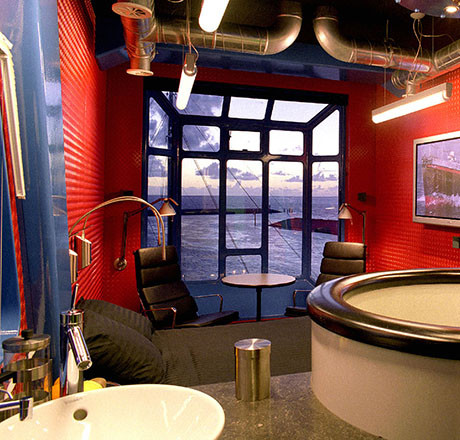 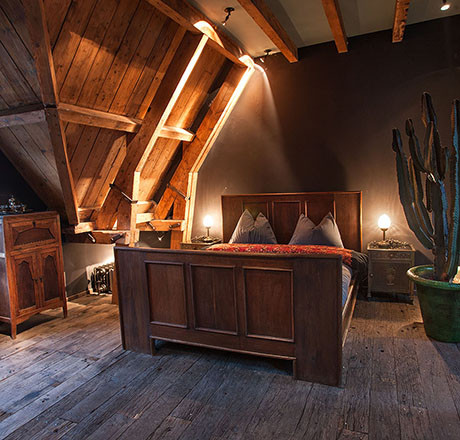 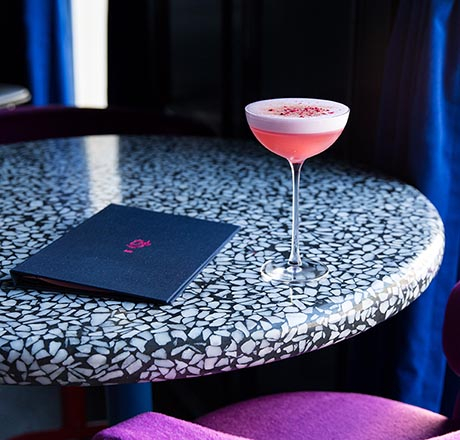 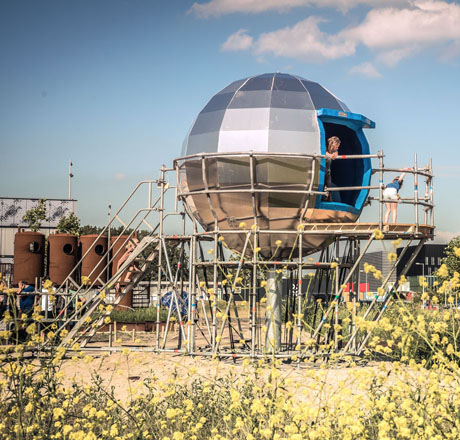