Creatures of the Tundra

Creatures of the Tundra

Fewer travellers set foot in this remote part of Canada’s Barren Lands each year than on the summit of Mount Everest. Jad Davenport heads to the wilderness, where polar bears and beluga whales reign supreme.

We’re so close to the polar bear I can hear him snoring. Terry Elliot, a guide from the nearby Seal River Heritage Lodge, motions for us to stop walking. It’s late September and blades of sunlight slice across the western shore of Hudson Bay in Manitoba. The bear glows a bright ivory against the autumn tundra.

“He’s missing his buddy,” Terry says. “Males like this one hang out with other young males. It’s called ‘pair bonding’. They’ll spend most of their days sleeping and sparring – practice fighting – until winter comes and they can get back out on the ice to hunt seals again.”

Maybe it’s the mention of seals, but the bear snorts awake and rolls to its feet. I’m suddenly aware of just how big it is and how close we are. I’m six foot,  five inches tall. A full-grown male can stand twice my height and outweigh a ’68 Volkswagen Beetle.

I raise my camera when the bear grabs a dwarf willow tree in his jaws and rips it from the ground. Then he tosses the mangled vegetation at us.

Terry chuckles. “No, that’s his toy. He wants to play with us.”

While I expected to see polar bears from a distance when I arrived at Seal River several days ago, I didn’t expect to be invited into their world. This is one of the reasons the lodge is unique. Founded by a local family with Canadian and Icelandic roots, Seal River and the other four lodges owned by Churchill Wild offer guests a chance to not just see the untamed Arctic but also to immerse themselves in it, bears and all. 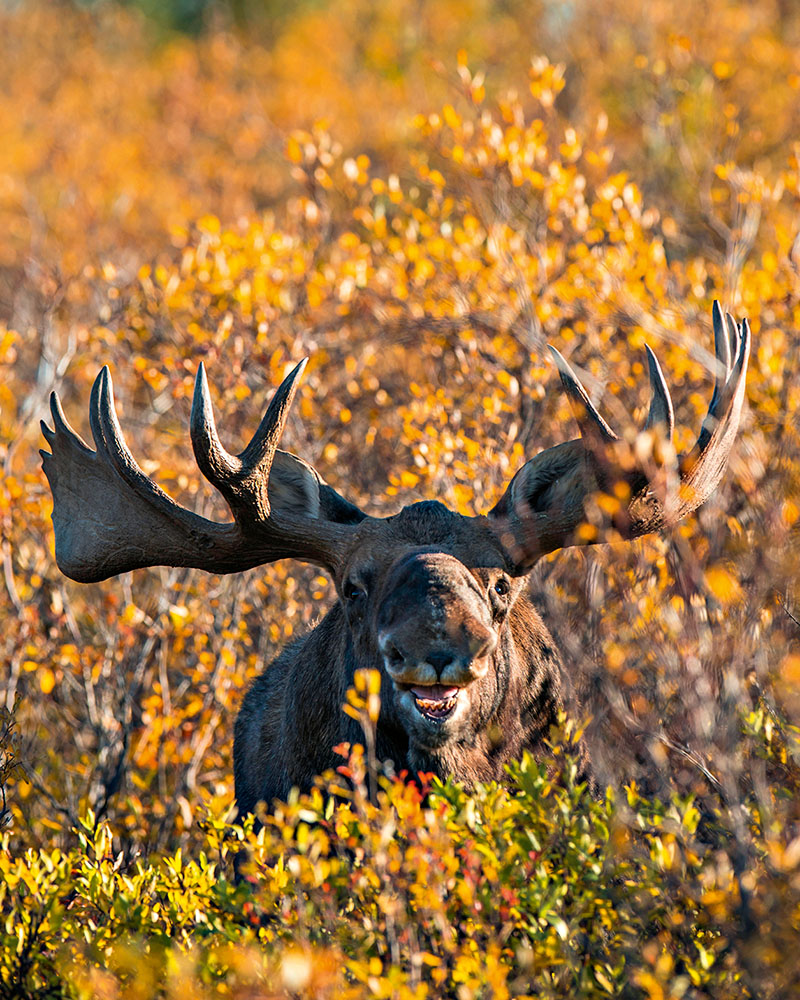 For the past three days, my fellow guests and I have been hiking and voyaging by Zodiac along the pristine coast. Polar bear encounters are frequent, but we’ve also howled back and forth with a pack of wolves, tracked caribou, snorkelled with hundreds of singing beluga whales (some so curious they nudged my GoPro) and explored Inuit archaeological sites.

The morning after the playful bear encounter, we leave the lodge behind for an even more remote destination. A de Havilland Otter ferries us nearly 160 kilometres northwest to Tundra Camp, Churchill Wild’s newest outpost. The wildlife here might be sparser – we spot only a family of black bears from the air – but the draw for us is the Barren Lands. This wilderness of stunted pine forests, rolling tundra and sandy eskers has a population smaller than Broome at Christmas.

Tundra Camp sits on the shores of Schmok Lake. The main base is a rustic hunting cabin and a pair of large tents – one for dining and one for briefings and bad-weather lounging. The sleeping camp – a dozen private expedition tents with cots, sleeping bags and propane heaters – is a short walk beyond the cabin.

Our two-night stay at Tundra Camp might be brief, but the remoteness and the silence of the landscape – and the prolonged hours of summer light – make the days long and full. One of the guides, Josh, leads some of the group along the lakeshore to explore the autumn landscape and pick blueberries. I join Terry and two fit South Africans on an all-day trek. There are no trails out here; we simply follow ancient caribou paths and spend hours roaming over the low granite-capped ridges. Each summit offers another never-ending panorama. 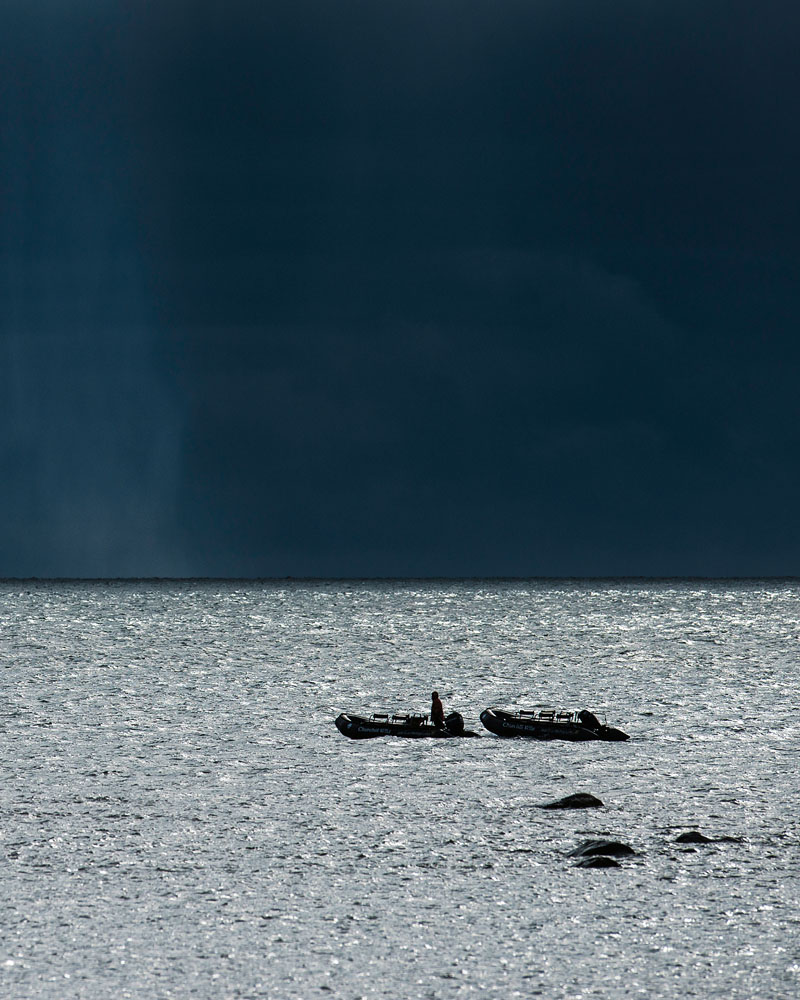 That evening, after moose lasagne and blueberry pie (the French-trained chef has been imported from Seal River), I join everyone around the campfire beside the lake. The sun is down and the Milky Way is starting to materialise. My legs are hammered and my face glows from long days of Arctic sun and wind. I’m hypnotised by the flames. “Look up,” says Terry.

The heavens ripple with tall green and purple curtains: the aurora borealis. We lean back in our chairs. A deep silence falls over us. “The Inuit believe the northern lights are the spirits of their ancestors dancing and playing in the afterlife,” says one of the campers who has travelled in Greenland. 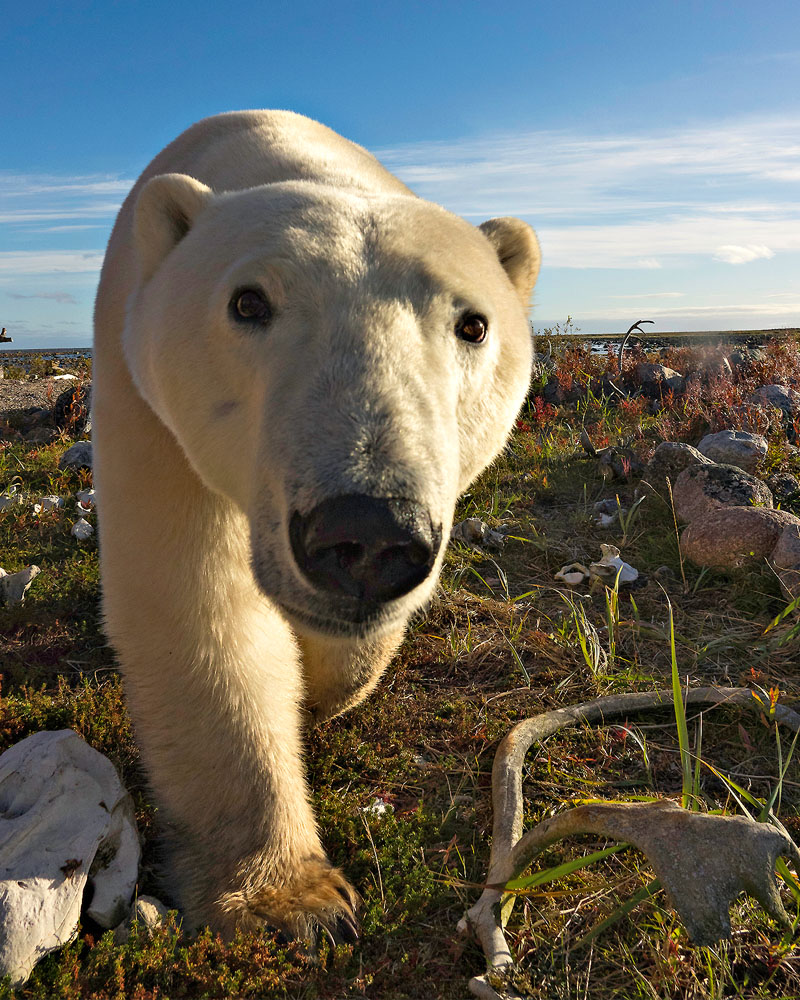 The firewood is gone and the embers cold when we hike back to camp. Before I click off my headlamp and unzip the tent, I look up again. The shimmering spirits are still dancing over the Barren Lands.

Air Canada flights from Sydney to Winnipeg, where the trip begins, via Vancouver, start at AU$2200.
aircanada.com

Churchill Wild, a family-run outfitter and member of the Magnificent 7 Wilderness Lodges, offers Arctic and sub-Arctic safaris from July through November at its Seal River Heritage Lodge, which specialises in both polar bear viewing and seasonal snorkelling with belugas. Exclusive safaris combining visits to both Seal River and the new tented Tundra Camp in the Barren Lands are available for two weeks each September. Nine-day trips start at AU$12,000.
churchillwild.com

Oh, Canada: is there no end to your beauty? No? Well, thank goodness for that, because we...

Concealed inside the walls of a historic 1911 building that was originally a...