During the terrifying Christmas tradition of Krampus Night, Lara Dunston finds herself at the mercy of demonic beasts dishing out public floggings in the Austrian hamlet of Zell am See.

I’m standing at the side of a gently sloping, snow-covered cobblestone street in the old centre of Zell am See in the Austrian Alps, along with several thousand of the town’s inhabitants.

Strings of fairy lights illuminate the quaint buildings, festooned with Christmas decorations. Families and friends chat and laugh, digging gloved hands deep into coat pockets to stay warm. It’s a cheery scene until silence suddenly sweeps over the crowd as the white snow at the top of the hill darkens and scores of terrifying-looking, fur-covered horned beasts brandishing whips and chains appear and descend en masse toward us. Fear replaces the smiles on  the children’s faces.

An easy train ride from Vienna, Austria’s laid-back lakeside resort town of Zell am See is usually a sedate hamlet best known to foreign visitors as an affordable winter sports destination, thanks to its reliable early-season snow and great value accommodation. A ski lift in the centre of town whizzes people up to Schmittenhöhe Mountain in minutes and a low-key après-ski scene, offering little more than cosy bars and a delightful Christmas market, ensures most people focus their energy on the snow during daylight hours and chilling out in the evenings. Except for one evening of the season. My snowboarding husband and I have come to see what it’s all about.

Stroll around Zell am See most nights in early winter and things are quiet. Soon after the snow-sports enthusiasts have alighted from the last lifts and trudged back to their chalets and hotels with skies on their shoulders and snowboards under their arms, shopkeepers start to lock up and head to their local bar for something warming before heading home. Travellers like us, here for the early snow, head to the supermarket to pick up wine and cheese or to a pizzeria for an early dinner, while families take a stroll around the traffic-free streets, little ones on their shoulders, to admire the decorations.

Once the Christmas market opens groups of friends, families and couples, locals and tourists alike, do a lap of the dozen or so craft stalls in wooden cabins, browsing lavender sachets, wooden toys and woollen beanies, scarves and socks knitted by little old ladies. Afterwards, they line up for soothing cups of glühwein (mulled wine) and sizzling sausages served in soft rolls, taking their mittens off to warm their icy hands over open gas stoves in between sips and bites. It’s yuletide gaiety. Enter the demons.

It all begins fairly quietly on 5 December, the Eve of St Nicholas Day in Austria and other European alpine countries, where, it turns out, Saint Nic has a devilish sidekick called Krampus.  It’s his night, Krampusnacht, and he’s about to appear and terrorise the town in a Krampus ‘run’ called Krampuslauf.

Krampus, I soon learn, means ‘claw’, and while Saint Nic’s beast-like mate appears in many incarnations he usually sports long, sharp claws, hooves, goat horns, a hairy brown or black coat and a long, lolling tongue that I’d rather he kept in his mouth. Unfortunately, there is more than one. While the Krampus characters traditionally represented different wild pagan spirits from Germanic folklore, these days they look more like guys from one of those Nordic heavy metal bands having a bad hair day. And while the Krampus creatures traditionally carried birch branches, nowadays they’re replaced with more menacing whips and more painful chains. 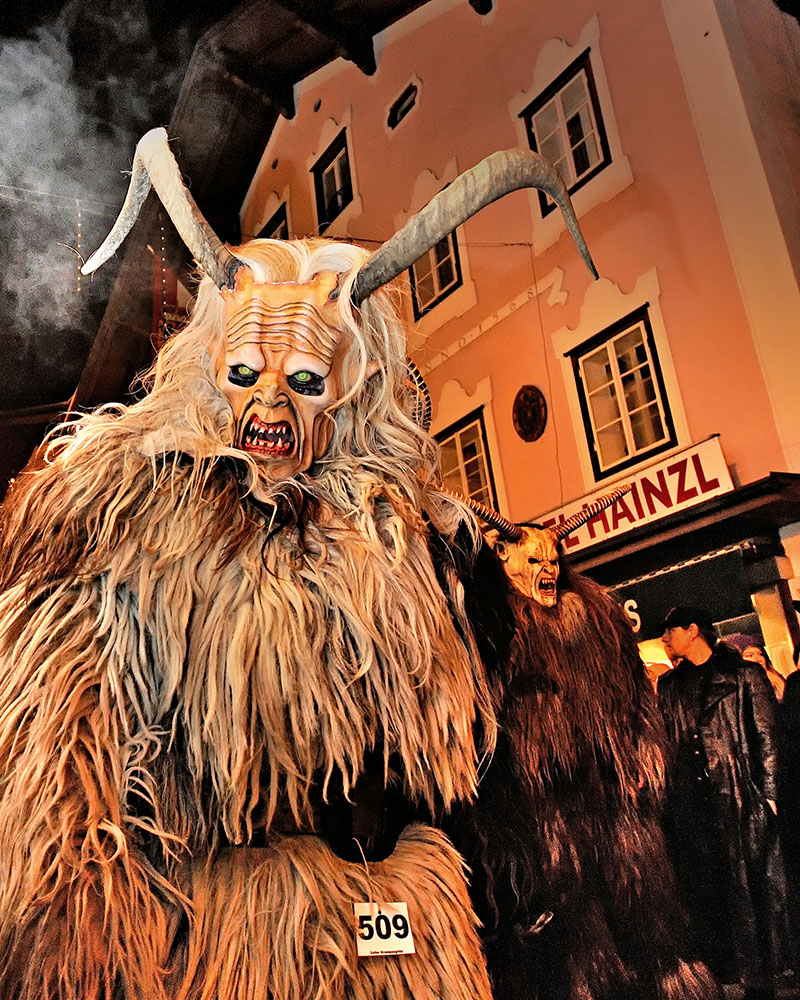 Krampus participants spend a great deal of time and money on their frightening costumes to incite terror for one night of the year. Click to view gallery

Either way, Krampus in no way resembles the rotund, rosy-cheeked, white-haired, sack-of-presents-carrying Father Christmas I wanted to cuddle and whose beard I dreamed of tugging as a child. Krampus is the anti-Santa, the devil incarnate, and when I see him – multiplied – for the first time, like a child I just want to get as far away as I can. Which is exactly what it seems the poor little kids of Zell am See want to do when, at 7pm at the top of that snow-dusted street, the terrifying monsters appear and commence their procession of terror through the town.

You see, in this part of Europe, if children have been nice during the year they’re destined to receive lovely presents from Saint Nicholas on 6 December. But if they’ve been naughty they instead get a nightmare-inducing scare if they’re little, a spanking if they’re a bit older, and if they’re a teenager they’re probably up for a beating from the demonic Krampus. It’s during the previous day the poor things figure out if they’ve been naughty  or nice.

If the kids are lucky or have kind parents, mum or dad will conceal them, allowing them to watch from between their legs or beneath their coats. But if they’re not and a child is singled out by the Krampus, at best they can expect a swat with a birch branch, at worst a thorough whipping.

Energised by a morning on the snow and fuelled by an afternoon drinking the bitter herbal alcoholic spirit Jägermeister, I get the impression the sadistic monsters are enjoying their night of fancy dress a little too much. Nobody is safe. When my husband and I, legs and arms stinging despite our layers of winter woollies, agree we’ve had enough pain for a while – after all, the procession continues for two hours – we decide to temporarily escape the madness.

We retreat to a bar, rubbing the welts that are no doubt appearing on our legs and arms beneath our coats, and find the bartender shaking her head as the screams of terrified children follow us inside. “They’re idiots,” she says of the Krampus beasts, pouring us glasses of steaming mulled wine. “They run riot. They’re usually drunk by now and their sweaty suits stink,” she says, crinkling up her nose. 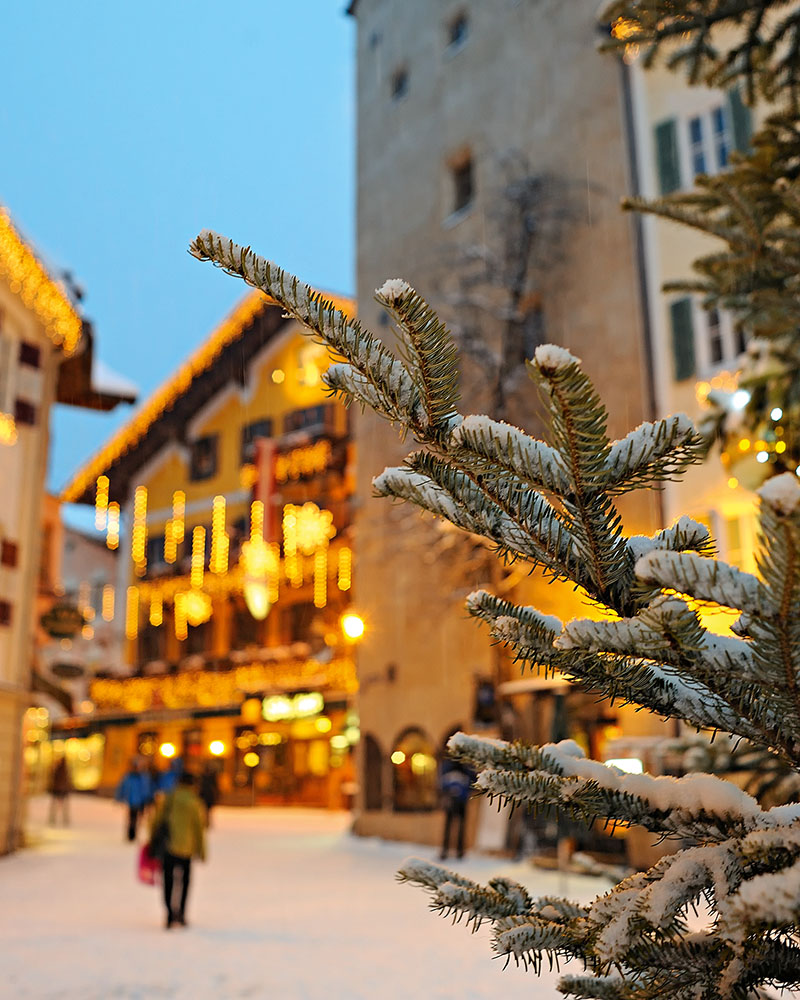 The typically quiet and quaint streets of Zell am See during the early winter Christmas season. Click to view gallery

When we emerge 10 minutes later, a teenage boy is on the ground, obviously having been knocked out in the cold after a hiding and having slipped over on the ice. The ugly ogres continue to stream down the street, chasing teenage girls, flogging boys and hauling small children over their shoulders and running off with them down the street. We decide to stick to the back row for the rest of the show.

As the last of the Krampus monsters disappears in the direction of the main square, toward the towering Christmas tree glittering with glass baubles and shiny gifts, we make our way to an outdoor bar for some more glühwein.

Turn up the music, add another layer or three, grab a whip and fill your pockets with tiny bottles of Jägermeister, and it’s probably an interesting night out. But it sure as hell isn’t a very nice thing to do with little kids.

Emirates flies to Vienna from a handful of Australian cities via Dubai. From Vienna, take Austria’s fast, efficient trains directly to Zell am See. The town centre is compact, but arrange a transfer to  your accommodation, as it can be difficult trudging through the snow with luggage.
emirates.com
oebb.at

Zell am See has a range of accommodation, from majestic lakeside hotels like Grand Hotel  Zell am See  to more cosy, traditional chalet-style three-star sleeps such as Hotel Seehof, which also has apartments.
grandhotel-zellamsee.at
seehof.at

eat
Dine in a...
Dine in a villain's lair at altitude
ICE Q, AUSTRIA

Spectre, the latest instalment in the James Bond franchise,... 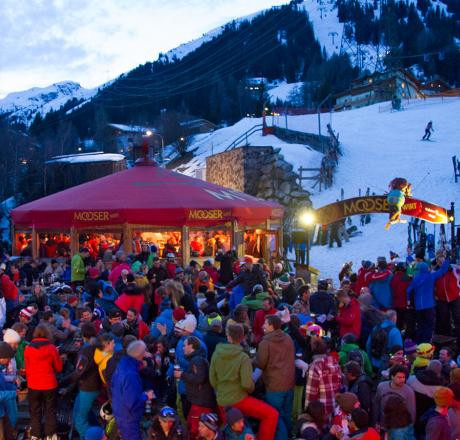 Want to get a taste of the pub rumoured to sell more beer per...

Want to get a taste of the pub rumoured to sell more beer per square metre than any other... 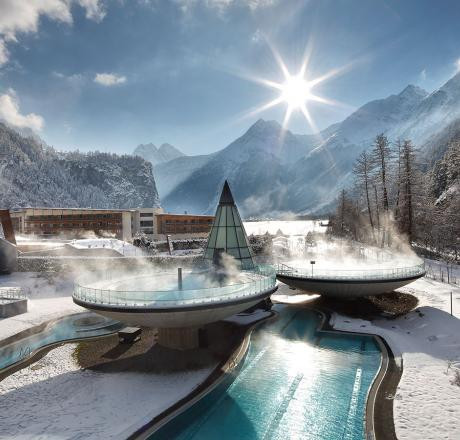 Way up in the mountains the words Aqua Dome must...

Way up in the mountains the words Aqua Dome must mean relaxation with a view,... 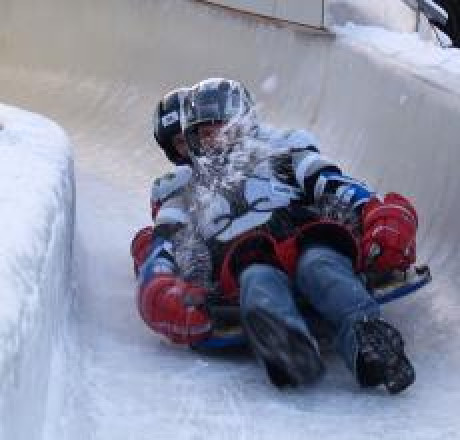 It started as a TV gimmick almost 20 years ago to give...

It started as a TV gimmick almost 20 years ago to give Germany’s B-listers amusing... 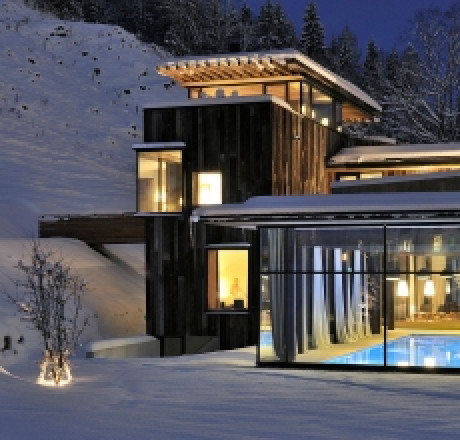 eat
Dine in a...
Dine in a villain's lair at altitude
ICE Q, AUSTRIA 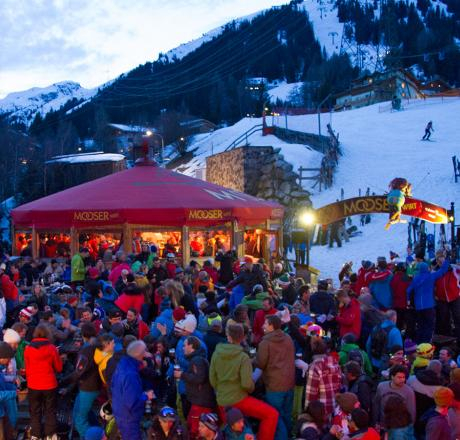 Want to get a taste of the pub rumoured to sell more beer per square metre...

Want to get a taste of the pub rumoured to sell more beer per square metre than any other... 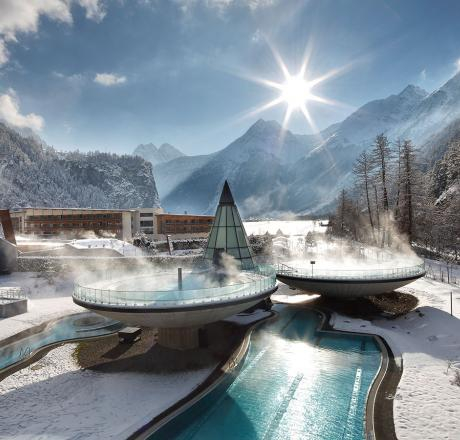 Way up in the mountains the words Aqua Dome must mean relaxation with a...

Way up in the mountains the words Aqua Dome must mean relaxation with a view,... 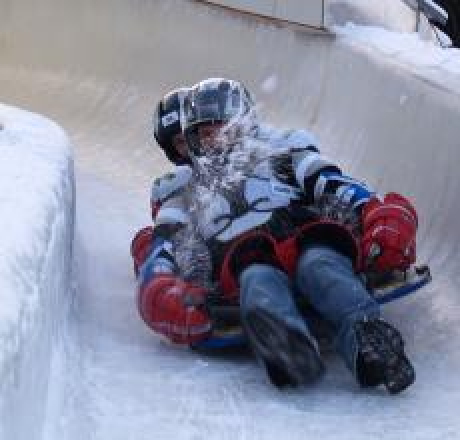 It started as a TV gimmick almost 20 years ago to give Germany’s B-listers...

It started as a TV gimmick almost 20 years ago to give Germany’s B-listers amusing...