Spending a ski season in Canada inspired physiotherapist Jessie Mayo to find a way to combine her career and her favourite sport. She tells Sarah Reid how, with a bit of networking and a stroke of good luck, she pulled it off.

It’s a balmy summer afternoon in Park City, Utah, and after several summers observing elite aerial skiers practise their acrobatic jumps on water ramps before executing them on the less-forgiving snow, Jessie Mayo has finally mustered the courage to give it a whirl herself. After landing a few straight airs into the pool, she takes a deep breath, points her ski tips down the slope and prepares to attempt her first front ‘sault off the two-metre ramp.

“I chickened out at the last minute,” the 32-year-old tells me from the Australian Aerial Ski Team’s summer training ground. “I gained a new respect for the athletes – who perform multiple flips and twists on every jump – after that.”

Such is a typical day in the office for the team’s dedicated physiotherapist, who is gearing up to travel to the 2018 PyeongChang Winter Olympics with the aerials team when we speak.

“It’s crazy to think that the last time I experienced the Winter Olympics was as a seasonaire,” she says. 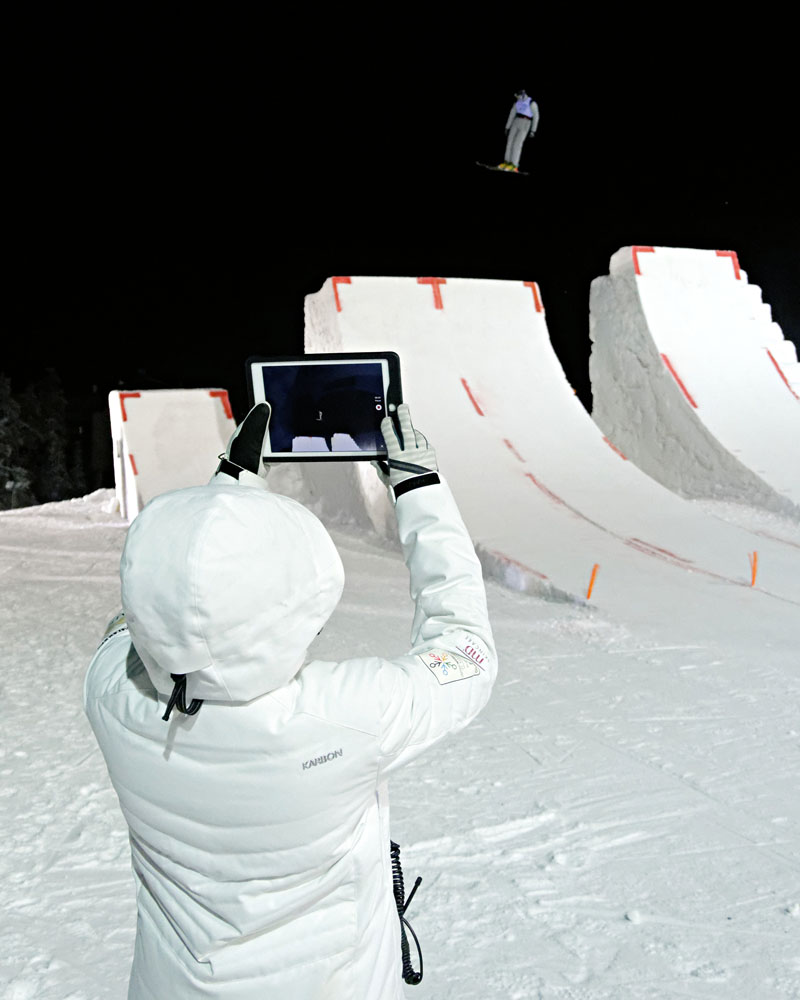 Jessie wears many hats as the Australian Aerial Ski Team physio, and filming 60 kilometre-per-hour somersaults is just one of them. Click to view gallery

She’s referring to Vancouver 2010, when we met as keen skiers who had both put our careers on hold to ‘do a season’ in Whistler, which hosted the Winter Games’ alpine and sliding events. Having long-harboured a dream of becoming a physio for the Australian cricket team, Jessie shifted her focus that winter.

“By the end of the season, finding a way to combine my love for skiing, physio and travel had become my new goal,” she says. “I mean, I don’t even play cricket.”

Back home in Melbourne, a chance conversation with one of her patients who had a contact at the Olympic Winter Institute Australia (OWIA) provided the perfect ‘in’.

“It was one of those right-place-right-time scenarios, as the OWIA was in the early stages of developing a network of physiotherapists back then,” Jessie says. “The institute now offers a range of professional development opportunities for physios interested in winter sport, which is great for people looking to get their foot in the door.”

Following a stint with the snowboard half pipe team, Jessie joined the aerials staff in 2014 and has been travelling with the team for up to nine months each year ever since. Following summers in Park City, Jessie’s ‘aerials family’ hit the winter competition circuit, zipping between venues from Finland to Korea, Belarus to Spain. With the team constantly on the move, Jessie treats athletes wherever she can, “In hotel rooms, airport lounges, or wherever there’s free space!” she laughs.

On top of attending to the team’s physio needs, a typical work day sees Jessie supervise strength sessions in the gym and hang out at the base of ski jumps to provide medical aid as needed during training sessions and competition events. And there’s no slacking off slopeside. 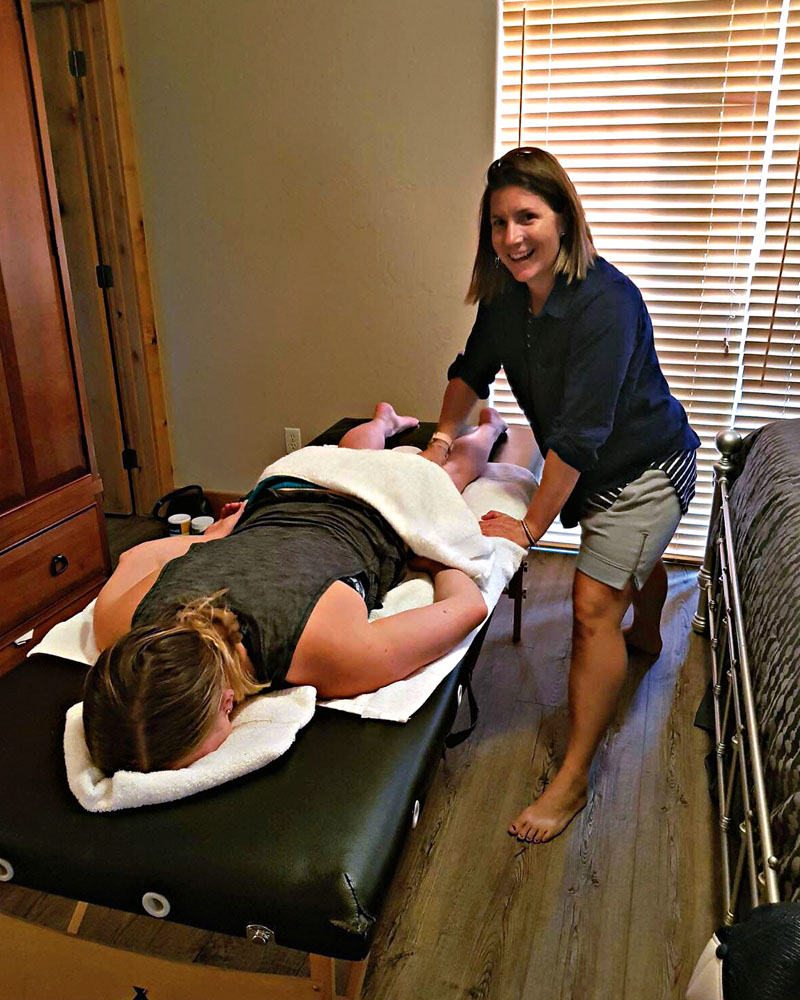 Jessie treats athletes wherever she can, from bedrooms and hallways to airport lounges. Click to view gallery

“It’s also my job to film the athletes’ jumps and help out with hill preparation,” Jessie says. Days can be long and they are always spent in the elements, toughing the snow or sun.

“Boot heaters are one of the best investments I’ve ever made. Standing on snow for eight to ten hours on a competition day is just brutal.” The payoff, however, is sweet.

“Seeing the athletes succeed – especially when the odds aren’t in their favour – is always special,” Jessie says. “In the days leading up to the 2015 World Championships, for example, Laura Peel was struck down by food poisoning, and she came out and won the competition. The athletes’ ability to clear their mind and focus on the task ahead never fails to impress me.”

Having grown up in Albury, New South Wales, just 90 minutes’ drive from Falls Creek, Jessie has been skiing herself since she was a toddler, though most people are surprised to learn that she doesn’t get as much hill time as she’d like these days.

“With other snow disciplines, physios need to be able to ski to the site and alongside the course, but aerial jump sites are all walkable from the base of the mountain, so I don’t really get to ski on the job – on snow, at least,” she rues.

However, Jessie admits the long periods away from home is a bigger downside.

“I’ve missed a lot of significant events, including my grandfather’s funeral, which broke my heart,” she says. “Moving around all the time also makes it incredibly difficult to maintain personal relationships.”

Luckily, her next gig – at the Commonwealth Games on the Gold Coast – will allow her to put her skillset to use closer to home.

“I’m going to be working as a volunteer physio at the Athlete’s Village, treating any type of athlete who requires assistance, which will be a nice change of scenery,” she says. “As much as I love the snow, it’ll be great to work near the beach for once.”

Oh, Canada: is there no end to your beauty? No? Well, thank goodness for that, because we...

Concealed inside the walls of a historic 1911 building that was originally a...