Guy Wilkinson unleashes his inner caveman on a tour of Argentina’s traditional steakhouses.

The windows are shuttered and a lopsided ‘Closed’ sign hangs in the front door. Almost hesitantly, our guide presses a buzzer. Moments later a burly bloke in a stained black apron appears in the doorway. Glancing furtively up and down the street, he ushers us in. Anyone watching might suspect a shady drug deal was about to go down.

Inside, the restaurant is already filling up. The aroma of seared meat wafts over from a grill against the far wall with its bed of glowing charcoal.

We’re directed towards a table where bottles of malbec are slammed down in front of us. Service is curt and efficient; social niceties are clearly unnecessary. When the food arrives it’s clear why. Succulent pink cuts of steak are served alongside provoleta, cheese topped with chilli and oregano and heated under the grill until crispy. Our other side dish is berenjena al escabeche, eggplant marinated in garlic, red pepper, vinegar and olive oil. It has a rich, tangy flavour and some serious attitude; proof that not all eggplant dishes are for people who knit their own sandals.

Food in Argentina doesn’t get any more traditional. We’re inside a parrilla, the name given to a no-frills Argentine steakhouse that’s as synonymous with local culture as tango or the Beautiful Game.

It’s estimated that more than 50 per cent of restaurants in this country are parrillas (named after the grill) and Argentines are currently the world’s second largest consumers of beef, wolfing down an average of 58 kilograms each a year.

The meat itself is seasoned only with salt and pepper – “otherwise you’re weird,” says our waitress – and cooked at a low temperature over hot coals to prevent it from becoming tough. Despite the use of charcoal, most parrillas tend to avoid smoky flavours. Essentially, it’s the opposite of Texas barbecue.

While parrilla restaurants are ubiquitous throughout Buenos Aires, it’s important you choose carefully. This particular place is so acclaimed the owners change the name every three weeks to keep it strictly for in-the-know locals. Ordinarily I would never have found it, but I’m here as part of a small group tour with David Carlisle, an American expat and former wine merchant who decided to set up Parilla Tour Buenos Aires after being repeatedly badgered for food recommendations. His business partner, local boy Santiago Palermo, is probably the only reason we’re allowed on such hallowed turf.

Having gorged ourselves on tender cuts of steak and malbec, we push on to La Cañita another traditional parrilla in the Las Cañitas section of the Palermo neighbourhood.

“We pick these places based on authenticity and quality of food,” says Carlisle, who also admits some of the restaurant owners laugh at the idea of his tour since locals will regularly spend three or four hours in one parrilla rather than experiencing several in such a short  time frame. 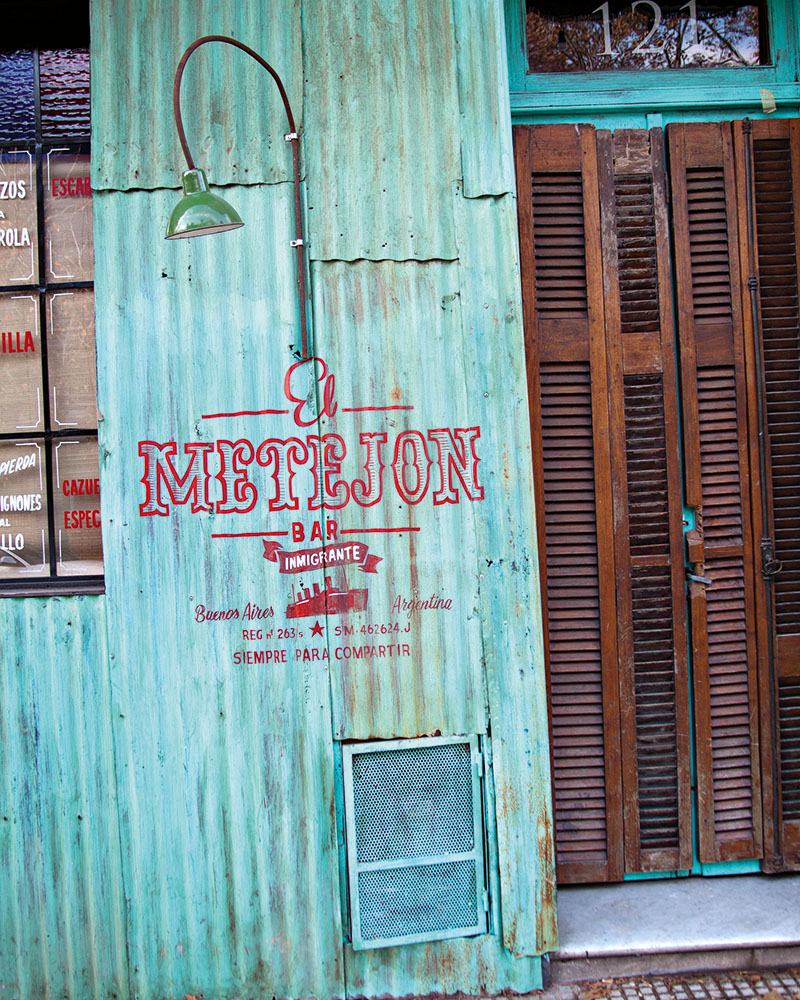 A bar in the Las Cañitas area. Click to view gallery

Too stuffed for another juicy beef onslaught, we sample a handful of other bite-sized local classics, including choripán, a simple chorizo sandwich. It’s served with chimichurri sauce, an intoxicating blend of chopped oregano, parsley, diced capsicum and garlic soaked in olive oil and vinegar. It’s a favourite pairing with steak – the meat is so sparsely seasoned, particular attention is given to concocting sauces with genuine punch.

Down the street, we pause outside La Fidanzata, famed for its legendary empanadas. Deliveries are popular with porteños (residents of Argentina) and the shop is a firm favourite with local businesses. What sets La Fidanzata’s bad boys apart from all the others is the filling. The cooks here use real hunks of steak rather than ground beef and the difference is palpable. It’s a bit like comparing Shane Warne and Xavier Doherty. With Carlisle holding out a tray piled high with a batch straight from the oven, we rip into them like a pack of wild dogs.

Trying hard to banish Monty Python’s “wafer-thin mint” sketch from my mind, we round off the tour at La Cremerie, one of the city’s most revered heladerias (ice-cream parlours). Thanks to a history of Italian immigrants – many came here in the 1870s – porteños have developed a fetish for ice-cream and this shop contains enough outlandish flavours to facilitate some kind of nightmarish Sex and the City marathon.

Like a swollen, contented pig, I hoe into a double scoop of cookies ’n’ cream and tiramisu flavour. As with all the food today, it’s nothing short of sublime.

And while it’s true there’s no shortage of parrillas to choose from in Buenos Aires, the insider knowledge definitely makes all the difference.

When grilling meat in Argentina, the only seasoning used at the time of cooking is coarse salt called sal parrillera. If you do want a little bit of extra flavour with your meat, one of the most traditional condiments you’ll find at parrillas throughout the country is salsa criolla, a fresh and flavourful sauce made of raw vegetables, oil and vinegar. Below is a great recipe for making your own salsa criolla at home.

METHOD
Combine all the ingredients and season to taste with salt and freshly ground black pepper. You can serve the sauce immediately, although resting it for an hour or two will allow the flavours to develop.

The Parrilla Tour takes you to 3 different authentic local restaurants for US$79.
parrillatour.com 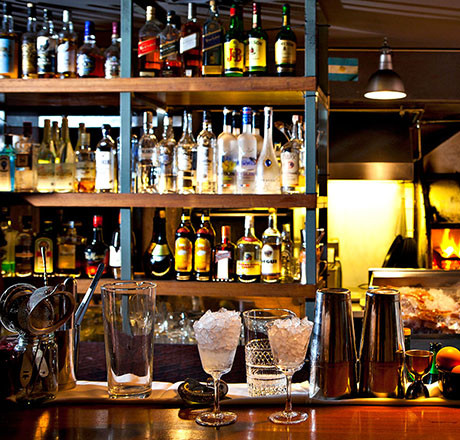 One of the great things about discovering a speakeasy, is...

One of the great things about discovering a speakeasy, is searching for it. Don't expect... 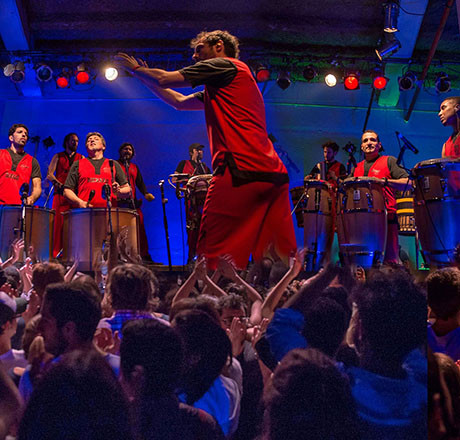 Get ready to loosen the hips as the percussionist troupe La...

Get ready to loosen the hips as the percussionist troupe La Bomba De Tiempo launch into an... 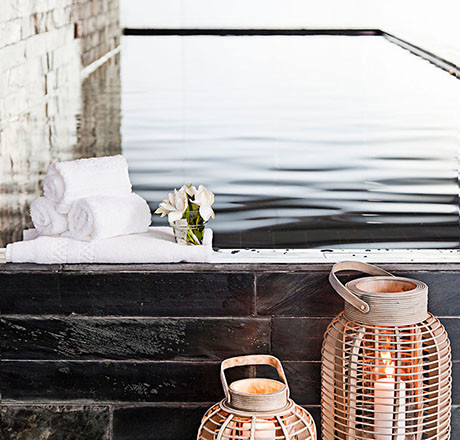 There’s every chance you’re never going to want to check...

There’s every chance you’re never going to want to check out - everything about Mio... 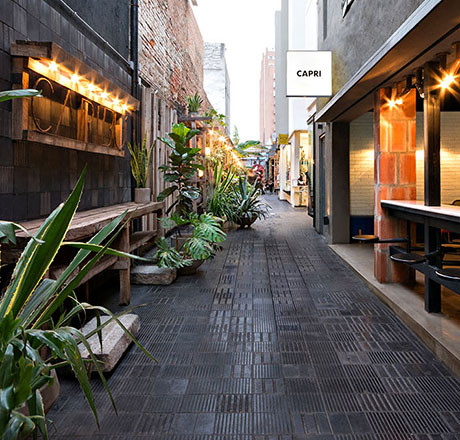 Córdoba might not be South America’s nightlife capital, but...

Córdoba might not be South America’s nightlife capital, but the up-and-coming barrio of... 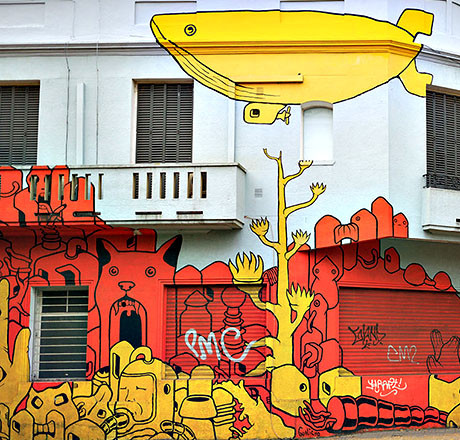 If you want to hang with hipsters and hobnob in BA’s boho...

If you want to hang with hipsters and hobnob in BA’s boho barrio, Palermo Soho is your... 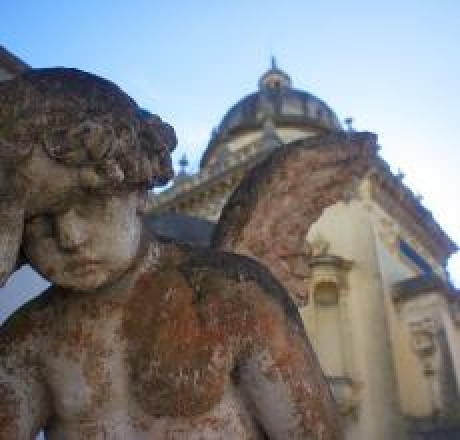 Missing from many tourist maps, Chacarita Cemetery is...

Missing from many tourist maps, Chacarita Cemetery is Argentina’s largest graveyard and... 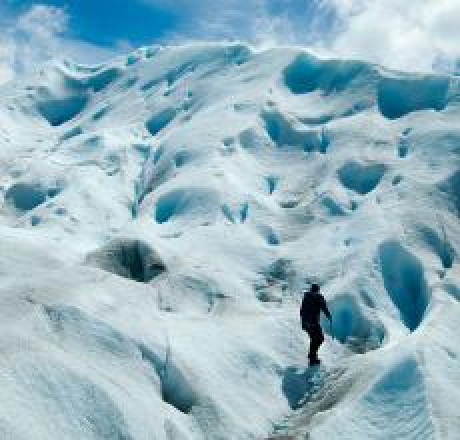 do
Climb a...
Climb a Patagonian Glacier
EL CALAFATE, ARGENTINA

How can you top standing in the shadow of a monstrous...

How can you top standing in the shadow of a monstrous Patagonian glacier measuring 250... 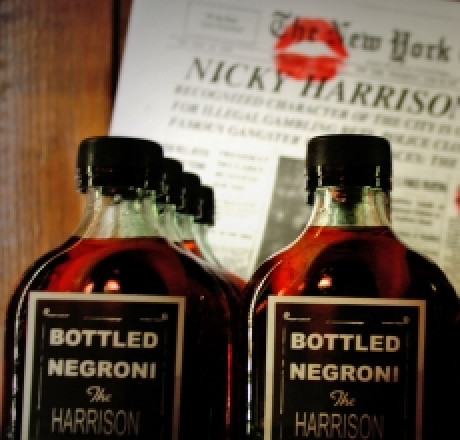 Argentina may be known for its big, bold reds, but expertly...

Argentina may be known for its big, bold reds, but expertly crafted cocktails are on the... 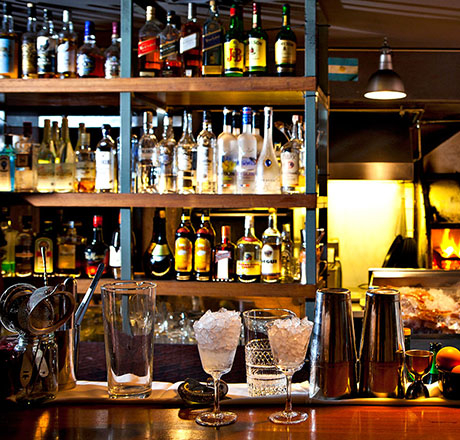 One of the great things about discovering a speakeasy, is searching for it....

One of the great things about discovering a speakeasy, is searching for it. Don't expect... 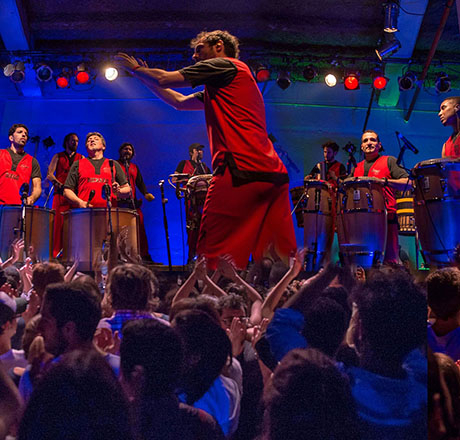 Get ready to loosen the hips as the percussionist troupe La Bomba De Tiempo...

Get ready to loosen the hips as the percussionist troupe La Bomba De Tiempo launch into an... 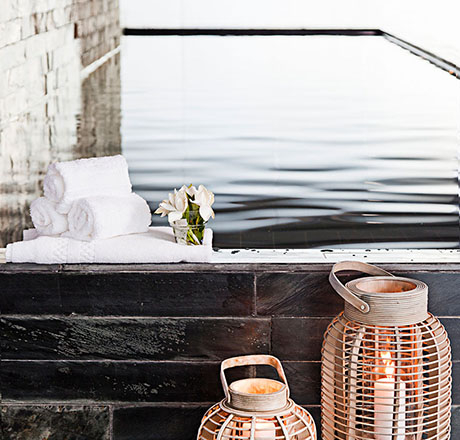 There’s every chance you’re never going to want to check out - everything...

There’s every chance you’re never going to want to check out - everything about Mio... 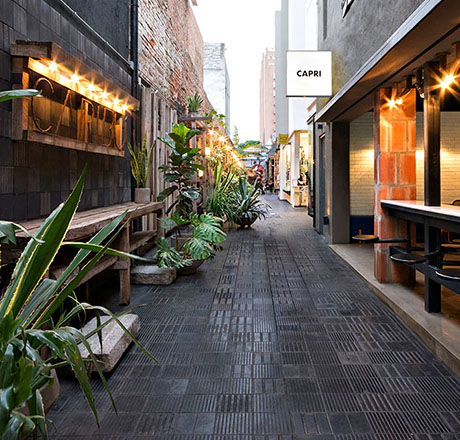 Córdoba might not be South America’s nightlife capital, but the...

Córdoba might not be South America’s nightlife capital, but the up-and-coming barrio of...