Once sites of life and death, hardships and heroics, these long-forgotten locations – both creepy and cool – are now frozen in time forever.

At the peak of its mining boom, and with more than 5,000 people calling it home, Japan’s Hashima Island – a tiny stretch of land only 480 metres long and 150 metres wide – held the record for the highest population density in the world. Now it’s a crumbling example of the country’s rapid industrialisation; a ghost island that looms eerily off the coast of Nagasaki. Also known as Gunkanjima, which means Battleship Island (for its resemblance to a Japanese battleship), it was bought by the Mitsubishi Goshi Kaisha group in 1890 and developed into a major undersea coal mine. Workers and their families were shipped to the island (some as forced labourers, a controversial part of Hashima’s history), where high-rise apartment blocks were built alongside a school and hospital. Then, in 1974, the mine was closed and the island was deserted, left to the mercy of the elements. Only in the past 10 years has Hashima reopened to visitors, and although access is limited there’s no denying the lure of its post-apocalyptic vibes.

It may look like an idyllic swimming hole, but what remains of Estonia’s Rummu Prison offers an insight into its dark past. Located around 40 kilometres from the capital Tallinn, the prison was established in 1938 by the Soviet Union and soon housed almost 400 inmates, all of whom were required to work long, backbreaking hours in the neighbouring limestone quarry. When Estonia regained its independence in 1991 and the Soviet regime collapsed, so too did the prison. It didn’t take long for the quarry to fill up with water, submerging buildings, watchtowers and leftover mining equipment. Now it’s an eerie backdrop for those looking for adventure. On dry land you can wander past old cellblocks and barbwire-topped walls, while below the surface awaits a smorgasbord of prison paraphernalia. The clear, natural groundwater ensures great visibility, so it’s no surprise divers have flocked to the area, keen to take the plunge and explore this watery wasteland.

Step back in time to a long-lost era of shoot-outs and saloons when you visit Bodie, an old gold-mining town hidden deep in California’s Sierra Nevada mountain range. It was 1859 when four prospectors struck it rich in the region, establishing a small settlement that would later form the foundations for a thriving hub. By the 1880s the town’s population had blown out to almost 10,000 residents. Banks, brothels, bars and a post office, jail and church popped up, with the mines producing a whopping US$34 million dollars in profit. But the boom didn’t last forever, and Bodie soon fell into a rapid decline. With no more gold to be found people left in droves, leaving behind everything they couldn’t carry. Today, it’s nothing more than a ghost town preserved in a state of arrested decay. It sits at the end of a remote dirt road and is made up of about 110 structures, some with bars still stocked, others with dinner tables still set, in a haunting homage to the Wild West. 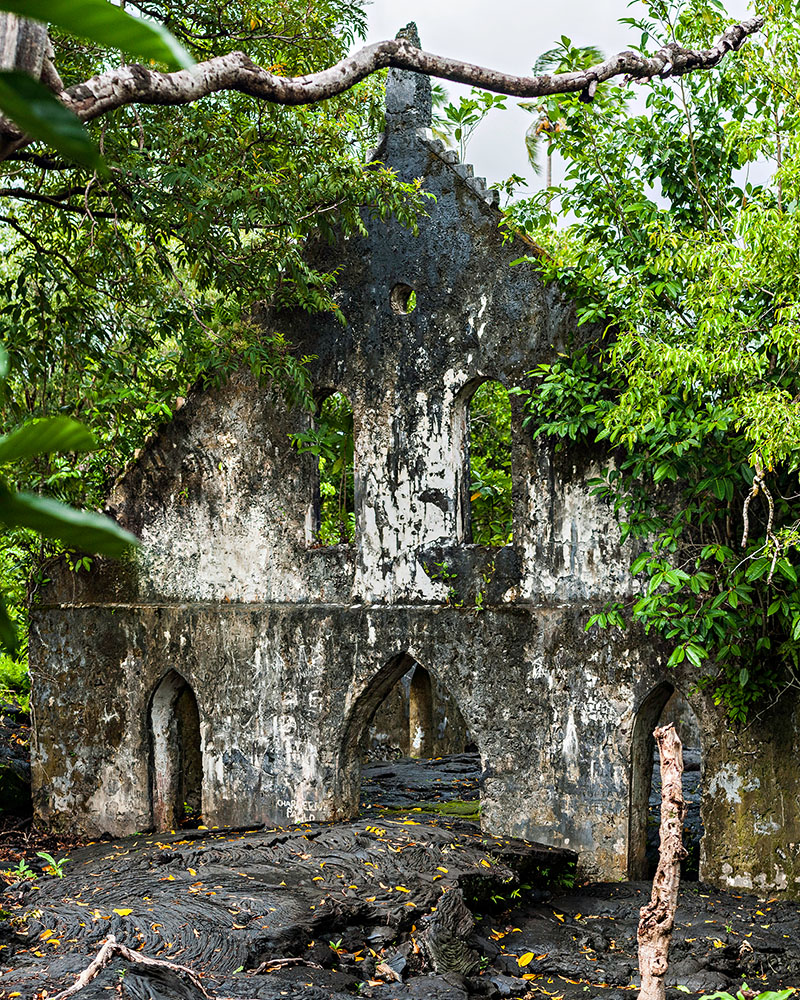 Half-buried churches and the imprints of trees are all that remain after Mt Matavanu's eruption in 1905. Click to view gallery

Need a little reminder of just how terrifying Mother Nature’s unrivalled power can be? A visit to Samoa’s Saleaula Lava Field should do the trick. In 1905 Mount Matavanu in central Savai’i erupted, spewing a vast river of lava that would eventually swallow five villages before running into the sea. And here’s a truly frightening fact: in some parts, the depth of the lava flow was 120 metres. It defies belief to think that anything could have survived such devastation, but miraculously, not all was lost. Half-buried churches remain standing, with streams of swirly lava now set like cement on the floor, the imprints of trees or corrugated iron still visible. Then there’s the Virgin’s Grave, which belongs to a high chief’s daughter who died of tuberculosis. Legend has it she was so pure that the lava passed around her grave, leaving it completely untouched. As for the rest of the blackened land, it’s slowly being reclaimed, as greenery and plants assist in covering up the natural atrocity that occurred. 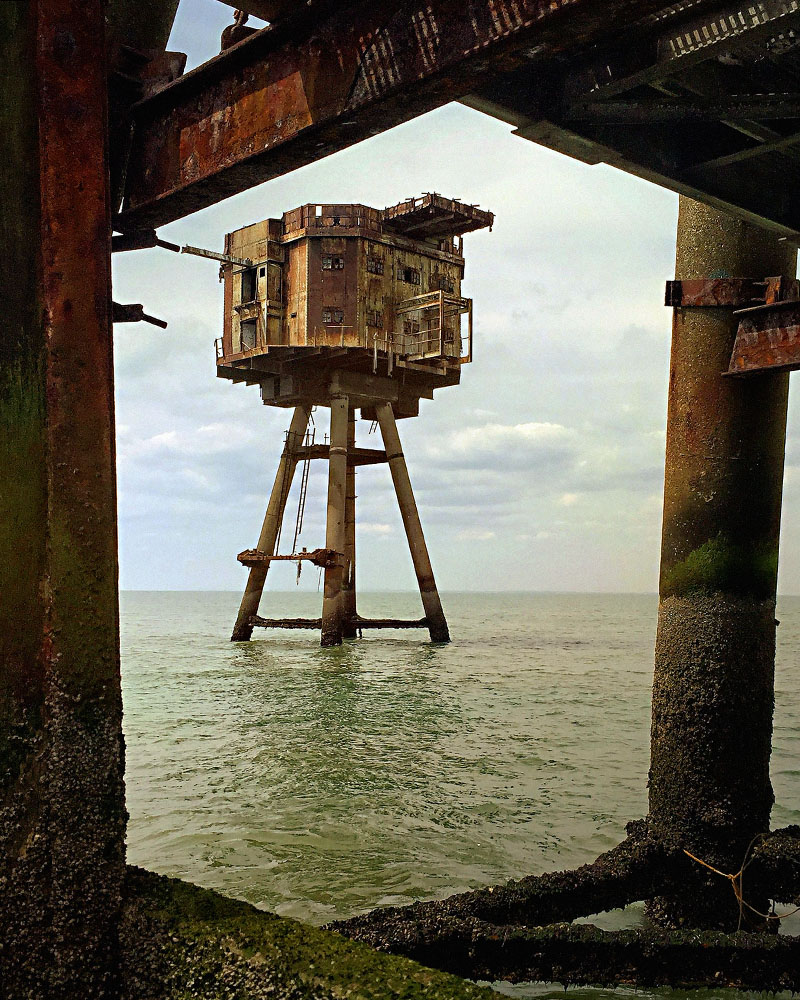 Looking like something straight off the pages of a sci-fi novel, the forgotten Maunsell Forts are rusted reminders of the very real threat World War II posed to the United Kingdom. Originally erected in 1942 in England’s Thames Estuary, the seven stilted structures – each consisting of a central command tower and connected buildings – were part of a military plan to detect and destroy German aircraft, as well as prevent attempts to lay mines in the vital shipping channel. Each fort housed hundreds of soldiers and some impressive weaponry, which resulted in 22 planes and 30 bombs being shot down. After being decommissioned in the 1950s, the forts were once again commandeered in the 60s for use as pirate radio stations, before falling into various states of disrepair. You can still get up close to these decaying wartime relics (the ones that remain standing) by boat, otherwise your best bet is spotting them on a clear day from East Beach, in Southend-on-Sea.