After more than a quarter of a century exploring Melanesia and collaborating with local artists, award-winning musician David Bridie knows a thing or two about the tempo of this unique and compelling region, as Damien Francis explains.

In 1986, David Bridie’s friend, filmmaker Mark Worth, was imploring the musician to travel to Papua New Guinea. Bridie, then a member of acclaimed Melbourne group Not Drowning, Waving, had never been out of Australia. His friend tantalised him with tales of a country boasting 800 distinct languages, peerless fauna and flora, unique island and highland cultures and residents who had spent the first 20 years of their life ‘pre-contact’.

Bridie relented. “I woke up one morning in inner suburban Melbourne and the next night was on the Sepik River [PNG’s serpentine equivalent of the Nile].” Bridie says that the ensuing seven-week stint, spent atoll-hopping and sampling the pulsating music scene of the township of Rabaul, “changed my world completely”. While Rabaul was levelled by a volcanic eruption in 1994, that hasn’t stop Bridie returning to PNG – around 30 times at last count. He has developed lasting friendships with its residents, toured and performed in remote corners of the country and collaborated with local musicians.

Over time, Bridie’s horizons broadened to neighbouring nations and he is now an authority on broader Melanesia, the region also encompassing Fiji, the Solomon Islands and Vanuatu. Bridie has a profound knowledge and appreciation of the music of these islands, and hearing him recount his Melanesian experiences is dizzying and inspiring in equal measure. His passion for the people, culture and natural environment of the region is infectious as he covers topics ranging from the John Frum cargo cult and Mount Yasur volcano, both found on the island of Tanna in Vanuatu, to the obsession of PNG villagers with Australia’s rugby league State of Origin clashes.

A founding member of both Not Drowning, Waving and My Friend the Chocolate Cake, Bridie’s first love is music, a form of expression that he says remains a vital part of the fabric of Melanesia. It manifests in the region’s regular music and cultural festivals, including events such as PNG’s highland Sing Sing, Rabaul’s Warwagira Festival, the Hiri Moale Festival in Port Moresby, the Reeds (Kaur) Festival staged in Tubiana (PNG) and Vanuatu’s Fest Napuan in Port Vila. These events provide a sure-fire way of sampling homegrown music among the local people. If they elude you, Bridie has another suggestion, observing that PNG is one of the few places where he willingly goes to church, “just to hear the singing”.

For the uninitiated Melanesian traveller, Bridie’s advice is to “talk to people” and “trust your instincts”. “If you’re into music, just keep your ears open,” he says, adding that music will find you on the streets and beaches. His point is illustrated by the genesis of Bridie’s own collaboration with PNG star George Telek, a fertile partnership that has exposed each artist to the other’s audience. Bridie first fell in love with one of Telek’s songs after hearing it on the crackling stereo of a local bus during his first foray to PNG. He purchased a cassette of Telek’s music then met the artist at a barbecue the following day, a chance encounter over chicken and beer that developed into a rich and enduring musical exchange. At Telek’s suggestion, Bridie returned to Rabaul in late 1988 with the members of Not Drowning, Waving to record with local musicians at the city’s Pacific Gold Studios. The visit resulted in the critically acclaimed Tabaran album, featuring garamut drummers from Ponam Island, vocals from Telek and lyrics dealing with such topic as the politics of West Papua and the colonial officers who patrolled pre-independence PNG, known as kiaps.

Telek was also part of one of Bridie’s more memorable tours of the region, a string of dates in the Solomon Islands that entailed flying in and out of the capital Honiara by helicopter each day to play on bamboo stages in locations ranging from Gizo, the capital of the Western Province, to the black volcanic sands of the Weather Coast. Other unforgettable shows for Bridie include the culmination of Not Drowning, Waving’s 1991 tour of PNG, when the band played to a 20,000-strong crowd at the Unity Concert in Port Moresby. Bridie also recalls two months spent in the Trobriand Islands, off the east coast of PNG, recording a soundtrack for the 1999 feature film In a Savage Land, a location he describes as “very remote” and “not a place you go on the way to anywhere else”.

The musician readily acknowledges his career has spoiled him with travel experiences. He has crisscrossed the globe to perform and record, recalling an “astonishing” recent excursion performing with Central Australian singer Frank Yamma in the Outer Hebrides and the flatlands of Slovenia. However, it’s PNG that retains a special place in his heart and he encourages other Australians to venture there, and not just for the music.

Bridie still remembers the advice of Mark Worth that inspired his fateful initial excursion to PNG more than 25 years ago: “You can go to Europe, America or New Zealand or whatever, but they are all pretty much the same as here. Going to PNG is like going to another world altogether.” He regards himself as immeasurably richer for having followed this suggestion. “Melanesia gets a lot of bad press, but I would invite any young adventurous person to go to Melanesia first. It’s just a fascinating place, a place where you learn so much. It takes you out of your safety zone.”

Airileke – Weapon of Choice
Airileke now lives in Australia but hails from Gaba Gaba, PNG, and is a leading Pacific Island producer. Weapon of Choice is one of the most adventurous and influential releases to come out of the region, ranging from garamut drumming to hip-hop vibes from the settlements of Port Moresby.

Mogu – Inagwe
Mogu, from Milne Bay (PNG), is a very accomplished musician and singer. This album seamlessly veers from the traditional to the contemporary. The title track is a beautiful lilting lullaby and one of the highlights.

Seaman Dan – Perfect Pearl
Seaman Dan is the elder statesman of music from the Torres Strait Islands, singing wonderfully earthy old pearling songs and sea shanties. He croons with the best of them and sings from the experience of a lifetime of pearling and living on fishing boats.

Gulaan
Any of his six albums or releases by his previous outfit, OK Ryos. Gulaan is the Nengone first name of this New Caledonian guitarist Edouard Wamejo. His music is an elegant fusion of acoustic guitar, percussion and kanak rhythms. It is evocative, not kitsch, and he is a class act.

Telek – Serious Tam or Amette
Telek is Melanesian music royalty. A humble grassroots man from Rabaul, he has travelled the world promoting a positive, alternative vision of Melanesia. Telek’s love songs are ubiquitous in PNG and his anthemic reggae-infused track ‘West Papua’ is a poignant song in West Papua’s liberation struggle. 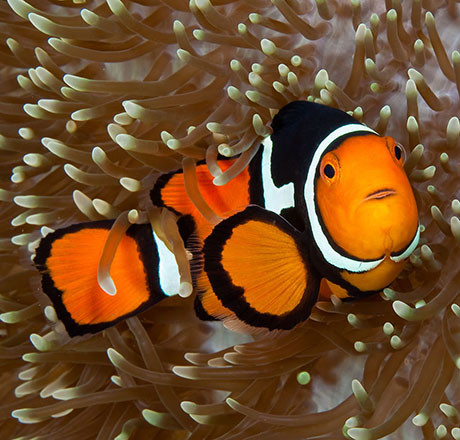 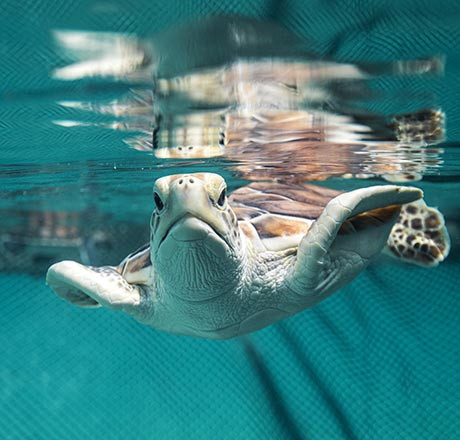 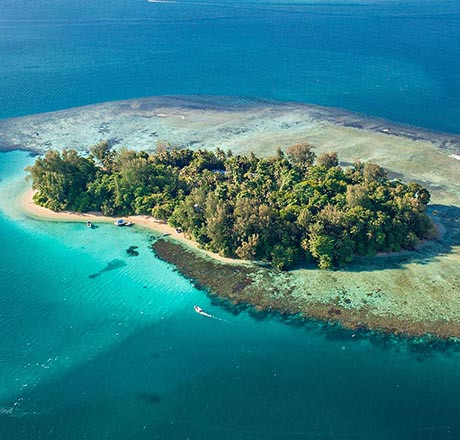 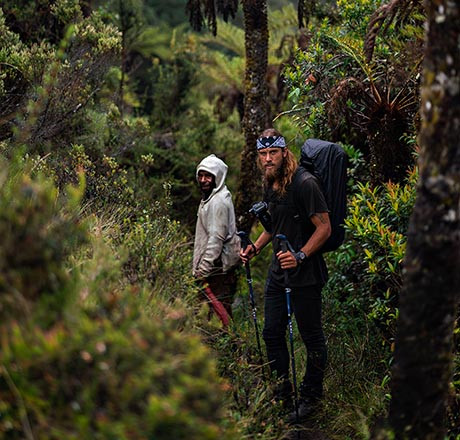 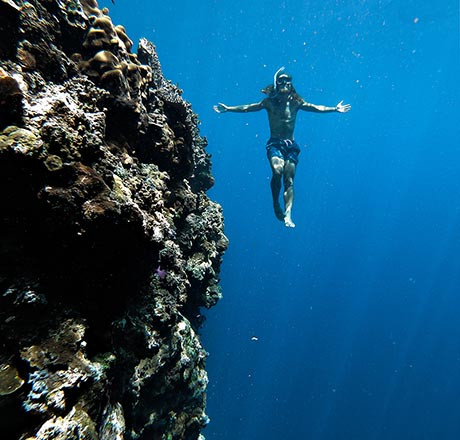 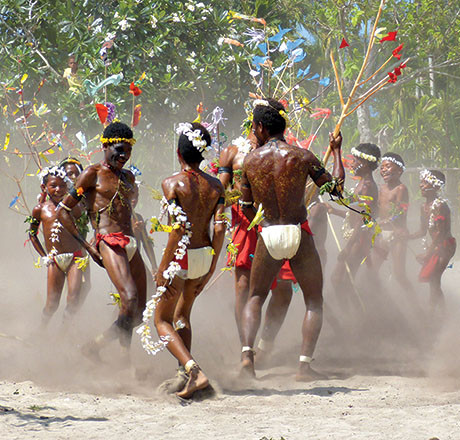 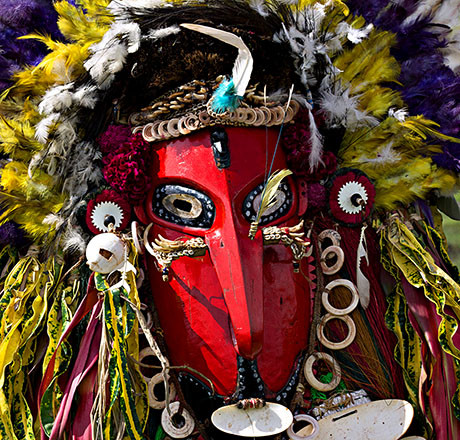 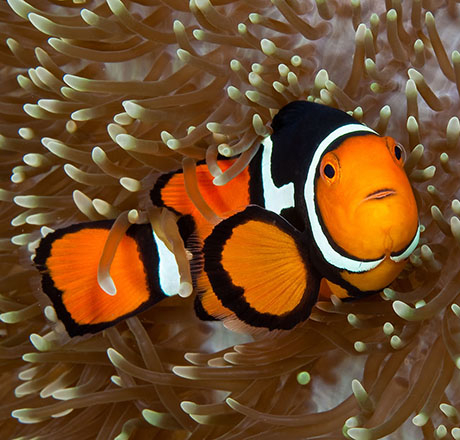 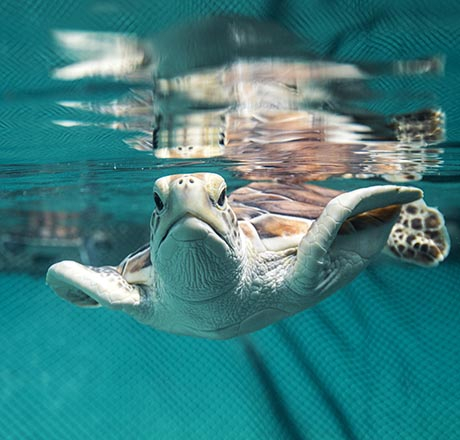 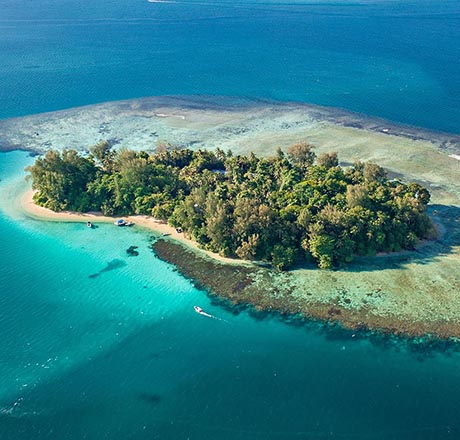 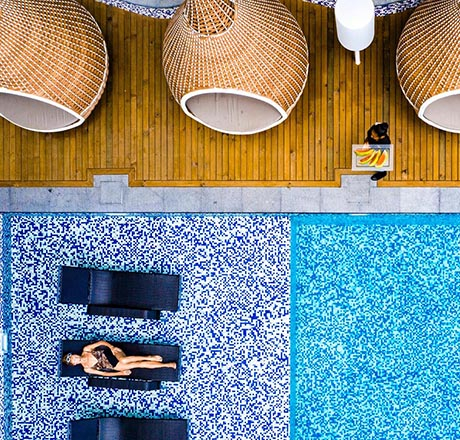