High-heeled city girl Juliet Coombe says farewell to dry land when she unrolls in a sailing course in Croatia.

Following a bus ride through the darkness from our pick up point in Split, we arrived at Betina Marina on Murter Island. This was where my life as a deckhand was to begin. From the moment I set foot on Stella, the yacht that was to be my home for the next week, I should have known I was in for a rough ride. A violent storm immediately whipped up and I had visions of being sucked into the Adriatic Sea, dashed against rocks and swallowed by a whale, along with every other calamity imaginable for a committed land-lover like myself.

Stella is a great name for a woman. For a boat, I’m not so sure. One look inside the hold and I had the sneaking suspicion that my week was going to be far from stellar. They couldn’t really name a boat ‘Cramped and Small’ though, eh? Actually, small doesn’t really do it justice. It doesn’t really express the sheer lack of space I had for clothes, food, books and my massive backpack full of glam sailing gear. ‘Bijou and compact’ is how an estate agent might generously describe it. Never mind swinging a cat, being able to swing a sock would’ve been nice.

The kitchen was equally bijou – two cooking rings and a sink that had both kinds of water, fresh and sea. All the mod cons then. But rather than having a sign warning Danger Salt Water, the experienced crew waited until unsuspecting and overtired guests boiled up a cup of delightful seawater mixed with diesel and harbour debris. After drinking some, I understood why so many people get seasick on their maiden voyage. It took all my powers of concentration to stop myself vomiting on the spot.

Continuing my tour of Stella’s bowels, the captain gave me a quick lesson in how to pump water in and out of the toilet. The nearest I was going to get to an en suite bathroom on this voyage was a dip in the surrounding sea. A rather  unpleasant surprise was that I had to share these waters with a naked Austrian, several pot-bellied Hungarian men, jellyfish – poisonous for all I knew – and the occasional frisky dolphin. Somewhere inside my head a tiny voice was telling me this wasn’t such a good idea after all.

Unfortunately that voice couldn’t be heard above the sound of my fellow travellers, a group of posh English girls. They ensured breakfasts were a noisy affair, full of Hello!-style gossip about Prada bags and shagging celebrities, interspersed with the whistling of the ship’s kettle. All notions of losing weight were also abandoned on day one as the ship’s captain fed us regular doses of large sugary Croatian pastries, surprisingly good at soaking up the night’s alcohol.

Despite there being 1185 islands and islets along the Dalmatian coast, only 66 islands are inhabited. Even with excellent maps and years of sailing experience, it can be difficult to tell one island from another. From Murter Island, our training route would take us through Sibenik and Kaninska. The town of Murter itself, one of three townships on the island, is a beautiful and relaxed locale of 750 inhabitants. Each such island settlement has a picture-postcard market square with dramatic statues of famous Croats doing famous Croatian things. Old ladies tend to huddle around them, selling onions and long strings of garlic. Artisan work and unusual shell souvenirs can also be purchased. My favourite stalls sold handmade bowls, crazy rock statues and idyllic island paintings.

As the weather on the first morning was bad, we took the opportunity to learn how to drive our little tub: parallel parking, three-point turns in the harbour, that sort of thing. To make life a little more interesting, our teacher Gary – who’d no doubt describe himself as ‘fun-loving’ – decided I should practise this next to the most expensive yachts in Murter’s port.

Throw into the mix some heavy rush-hour harbour traffic, stormy conditions, an inexperienced crew and a nauseous novice behind the wheel and you’ll understand the looks of sheer terror on the faces of the multi-millionaire skippers as I inexpertly reversed backwards, noisily crunching gears and narrowly missing their precious and immaculate million-dollar boats. I suspect that it was only my sparkly bikini that saved me from the onslaught of “women simply shouldn’t be allowed to drive boats or sail them for that matter”.

Next came hoisting the sails. This may sound easy enough to you, sitting at home on your sofa, reading this with a nice glass of red wine in one hand. However, this actually requires a nine-point set of manoeuvres, undertaken with military precision to avoid having the things drooping all over the crew. First, I battened down all the hatches – it always seems to work in the movies – and checked the head winds. I didn’t really know what I was doing but, giving a good impression that I did, I released the sail ties and pulled up the main sail by the halyard, which finally released the topping lift and tightened the kicking strap and main sheet. And crossed my fingers. And it worked. It must’ve been the fingers that did it.

After a swig of gin (we didn’t have any rum), I managed to sail to the next island along the coast with my crew tacking all the way. I started feeling like I was born for this sailing stuff after all. Being from an island race, there must be some salt in my blood somewhere? Instead of acknowledging the brilliance of Juliet the Salty Sea Dog, Gary, our long-suffering teacher, simply thought we were a group of lushes tucking into the grog so early in the morning. He probably had lots of interesting ideas about what to do with drunken lady sailors, but luckily for us there are no breathalysers on the open sea and walking the plank is no longer in vogue. 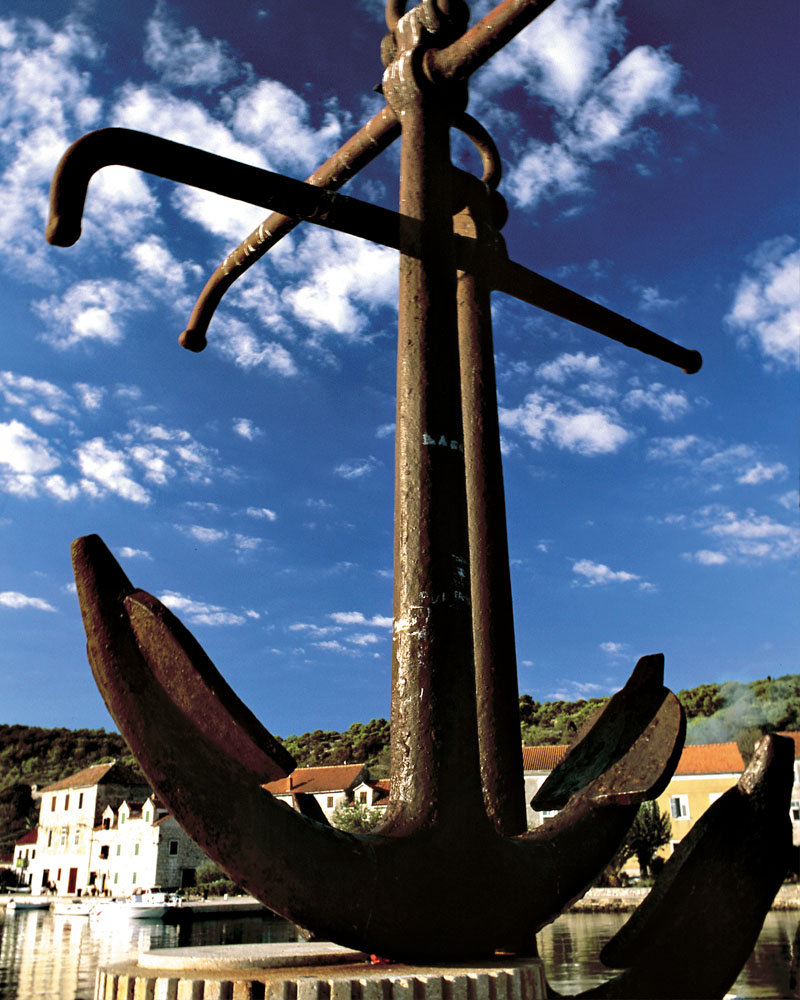 An anchor in the beautiful town of Primosten. Click to view gallery

On our second day at sea, we sailed past Vodice and a Venetian fort, built in 1433 to protect the Croatians from pirates such as Guiskard. As my sailing improved, I discovered that distances on maps that would take just an hour by car take you all day to sail. And that’s assuming poor navigation doesn’t steer you on a massive detour. This can happen with no land in sight and only the endless open sea for guidance.

Days three and four were spent in Skradin port and Krka National Park, famed for its seven stepped waterfalls and 860 species and subspecies of plants. After climbing to the top of this gorgeous spot, I was rewarded by a swim in the pool at the bottom of the waterfalls. Croatians claim that the pool is full of mineral properties that are excellent for the skin and will make even the most sea-battered faces look smooth again. It certainly helped untangle my knotted, salty hair and, after a couple of hours swimming, I felt like I’d been through a body, mind and soul makeover. After a quick picnic of slabs of fresh home-baked bread stuffed full of the catch of the day, we retrieved the boat’s harbour documents and paid the nightly docking fee before heading out to another island and another day on the water.

By the end of the week I had adjusted to sea life and I even found myself swaying when we made dry land. Everything away from Stella seemed huge by comparison, even the smallest bijou restaurants we discovered in the harbour. I was converted and having sampled only a few of Croatia’s islands, I had a feeling I would be back. The attraction of running away to sea was evident: waking up every day and being able to discover new places by simply going where the wind takes you.

May to October is the main sailing season, when the weather is usually excellent and the water is always warm. Qatar Airways has flights from Melbourne and Sydney to the Croatian capital of Zagreb, via Doha. From Zagreb Pleso Airport, you can catch a connecting flight, bus or the high-speed train to Split.
qatarairways.com

You can book a sailing holiday in Croatia by going to the Activity Yachting Holiday website.
activityyachting.com 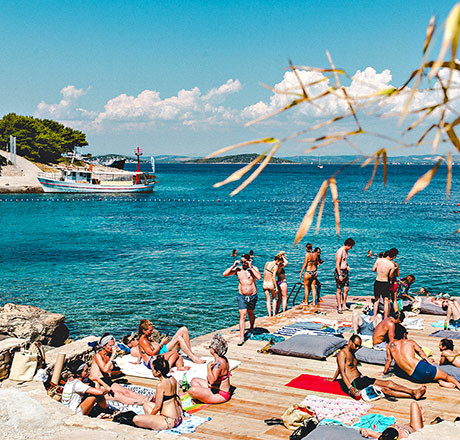 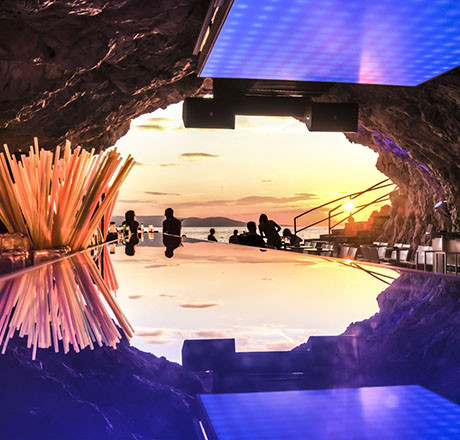 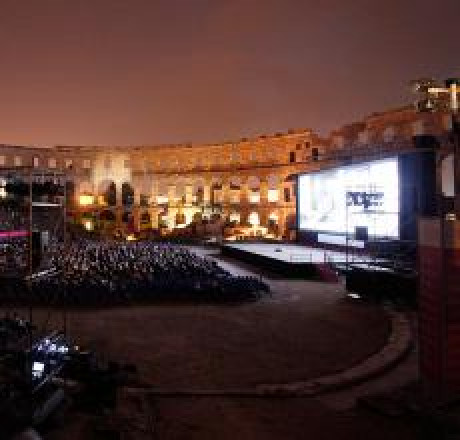 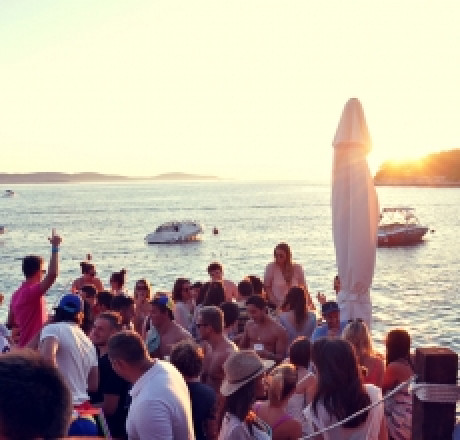 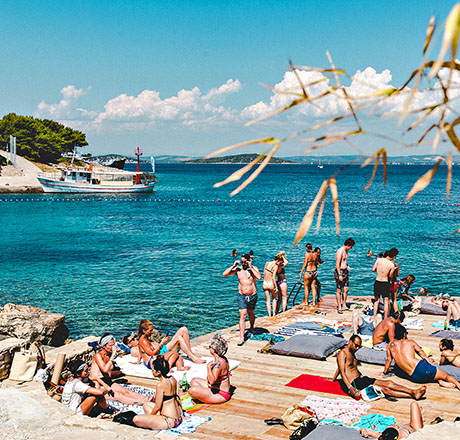 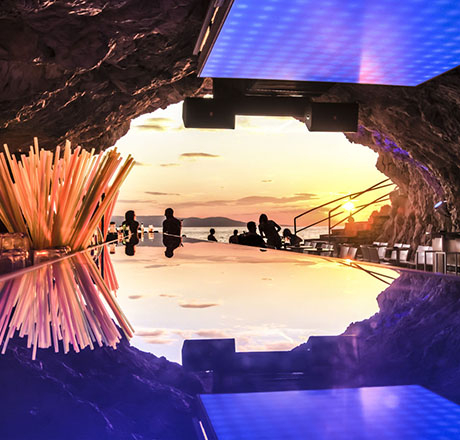 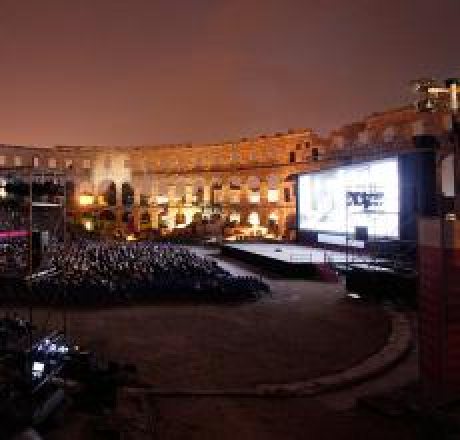 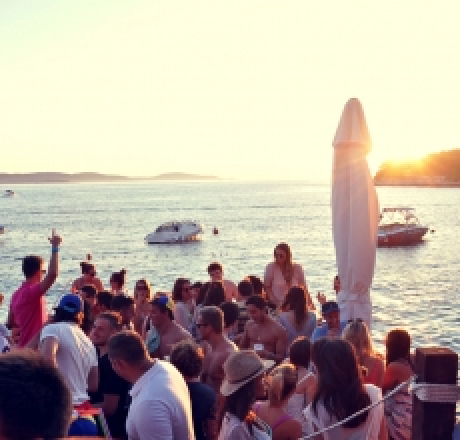