Ever wondered what it’s like to make a living travelling at top speeds strapped into a tiny carriage? Jasmine Griffiths gets the spin from pro roller-coaster rider, Brady MacDonald.

Traversing the world and riding roller-coasters with the aim of finding the ultimate thrill seems like one of those jobs that’s a bit unreal – in the same category as astronaut, trampoline tester or ice-cream auditor. In other words, Brady MacDonald has landed a fairytale job most can only dream of.

Yes, for work, he gets to travel and research theme parks, ride on roller-coasters and write about them for his Los Angeles Times blog, Funland. MacDonald, it seems, is a man on the scent of permanent fun – if there are any changes, innovations or upcoming spectacles in the theme park world, he knows about them.

MacDonald’s dedication to scouting out pleasure is impressive to say the least. During one 10-day family holiday to Ohio, Pennsylvania and New Jersey, he, his wife Nancy and daughter Hannah visited 10 theme parks and rode 100 roller-coasters. While it sounds like the holiday to end all holidays, he admits it was an exhausting venture, especially considering the family’s roller-coaster road trip coincided within a 40°C heatwave. “I have a very wonderful family who was willing to do that,” he concedes.

The road MacDonald has travelled to becoming a theme park guru is unexpected to say the least. Not aspiring to be a roller-coaster expert, he first studied English and journalism at the Virginia Commonwealth University in Richmond. Drawn to the allure of the printed word, he began working for the college newspaper and was hooked. Lurking underneath, however, lay a desire to become a good old-fashioned rock star.

Caught up in the hey-day of 80s glam metal, once he had finished studying he ventured from Richmond to Los Angeles in 1989 to pursue his dream.

When becoming a rock star didn’t quite go to plan – “it requires an all or nothing dedication that I lacked as a gainfully employable college graduate” – MacDonald fell back on journalism and landed a job with the Los Angeles Times. 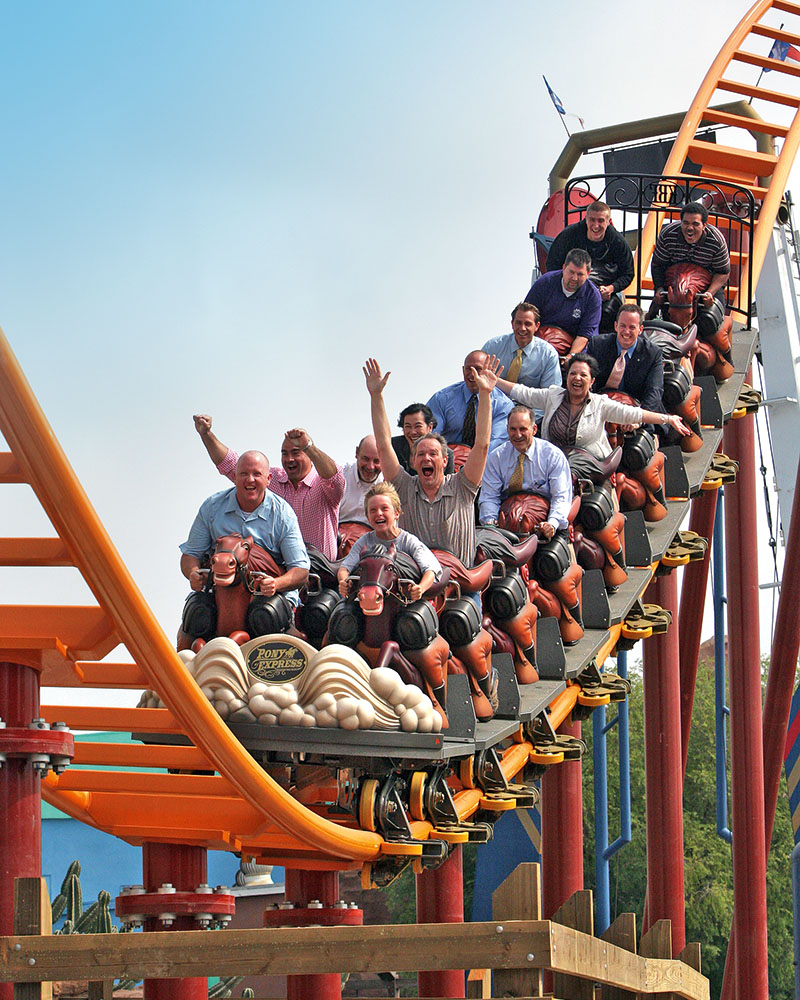 The idea for Funland came 10 years later when his editors were scouting for new blog themes. MacDonald pitched multiple ideas, all of which were met with rejection. In a last-ditch attempt, he came up with two more ideas. One focussed on beer, the other was a blog about theme parks.

The editors passed on the beer blog for the sound, yet disappointing reasoning that the Los Angeles Times wasn’t going to pay a man to drink cold beverages. Somewhat surprisingly, perhaps, his suggestion to write about rides got the nod, and now MacDonald is a leading authority on white-knuckle thrills.

It’s an enviable position. “Every time I write a story, I get to take a little virtual mental vacation to whatever park or whatever ride I’m writing about and imagine that one day I’ll get to ride on it or visit the park,” Brady explains. You see, although he gets to journey to a lot of different places, sometimes stories about upcoming openings or trends in the industry are researched and interviews conducted while sitting at a desk. But even when working in the office the fun for MacDonald doesn’t evaporate – it merely changes. When he’s reading or writing about a thrilling ride, he gets to do something most of us would envy – he revisits the childlike energy adventure parks draw out of us. 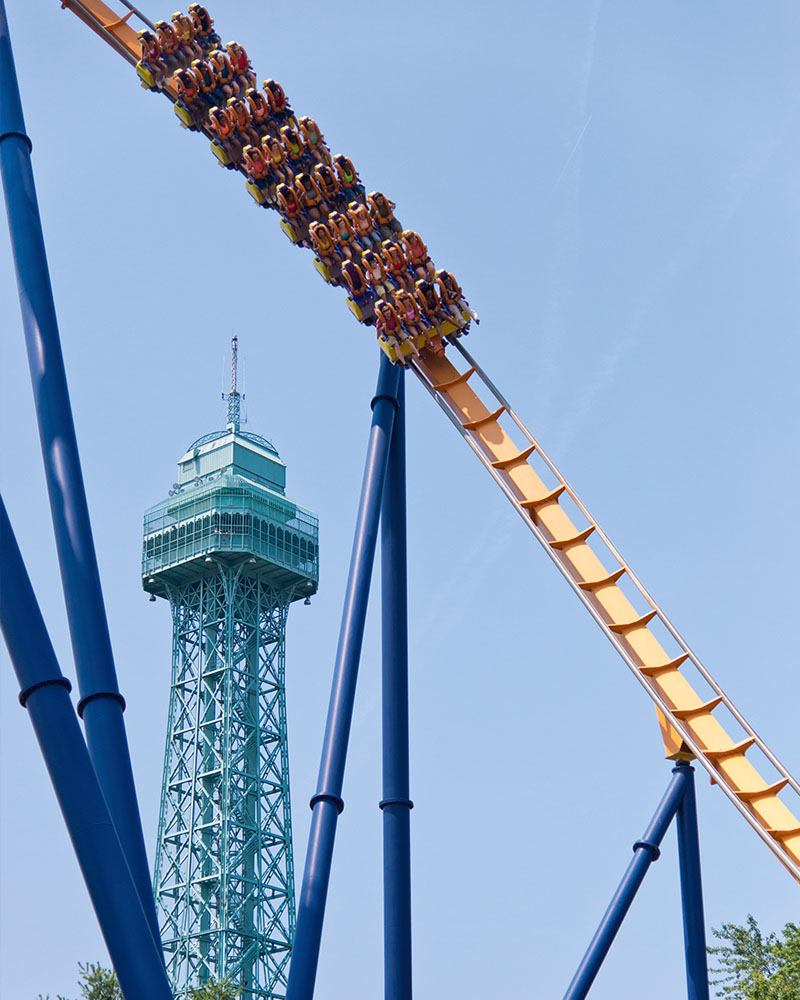 The Dominator at Kings Dominion. Click to view gallery

Brady’s flirtation with roller-coastering began as a teenager at Kings Dominion, an amusement park in Doswell, Virginia, with its Grizzly wooden roller-coaster. Back then, going to theme parks was an excuse to be with his friends. “Now that I’m older I hate waiting in lines at theme parks,” he says, “but back then it was fun because you got to hang out and chat with your friends all day.”

Most of MacDonald’s work is located in the States – there are 852 roller-coasters plummeting around the country – although he has ventured to Spain and France on the hunt for a thrill ride. In his career, he estimates he’s strapped himself in to somewhere between 500 and 1000 rides. Out of those, he pinpoints two as the finest the roller-coaster world has to offer: Harry Potter and the Escape from Gringotts and Harry Potter and the Forbidden Journey, both located at Universal Orlando’s Islands of Adventure. Like Universal Studios’ offering, the best amusement parks are the ones with a theme, MacDonald explains. Places like Hersheypark, Walt Disney World’s Magic Kingdom and Knott’s Berry Farm, which has five themed areas, are perfect examples of this.

In the future, Brady and Nancy, a restaurant reporter for the Orange County Register, want to combine their talents to create the ultimate travel career. Their writing skills and experience in tourism and hospitality will, hopefully, allow them to journey to amusement parks and restaurants around the world and create a leading family travel blog.

Although it’s on his list, MacDonald is yet to visit Australia. “Hopefully one day we can go to Australia and hit up a few of the parks out there,” he says. But with only 28 roller-coasters on offer, we may have to lift our fun park game.

A return flight with United airlines from Syd – Los Angeles is approx. US$655. united.com