Bring together an unforgettable 4WD adventure, one extraordinary family and a breathtaking stretch of Western Australia surrounded by wild Indian Ocean for a journey to fill the spirit.

I believe in love at first sight. You know that feeling you get when you catch a glimpse of a stranger and everything slows right down? Your heart skips a beat and you ask yourself, “Why have I bothered with anything else up until now?”

At the water’s edge we pull up our Nissan N-Trek Navara and hop out, the turquoise waves of Shark Bay lapping at our feet. Hermit crabs scurry off into the distance and hungry gulls squawk overhead in search of their next meal. My wife and I look at each other and marvel at what we’ve accomplished in the past 14 hours of driving. The journey, however, was merely the obligatory courtship period required for the start of any good relationship.

As the sun rises behind us and we both look back at Steep Point, mainland Australia’s most westerly outcrop, it’s time to get down to business. Despite the early hour, the Dirk Hartog Explorer, a makeshift barge specifically designed to transport a single 4WD and camper trailer from the beach, approaches the shoreline and we drive carefully onto the deck.

Its skipper is a burly, unshaven West Australian named Keiran Wardle, who wears a Bisley shirt and a strong, wide smile. Keiran fires up the Explorer’s motors and, as we leave mainland Australia, I look across to Dirk Hartog Island already convinced this is a love affair that will last.

Dirk Hartog lies about 900 kilometres northwest of Perth, past the point where canary yellow canola fields make way for that unmistakable West Australian red dirt. From the turn-off to Shark Bay conservation area it’s another three- to four-hour adventure, even for the most experienced off-road enthusiast. The corrugation along this route is bone-rattling and, as you turn off Useless Loop Road onto the Steep Point 4WD track, you cross ashen saltpans and manoeuvre your vehicle over thick sand dunes with virtually no air in your tyres. The experience is equally exhilarating and exhausting.

After the short water crossing, we arrive at what I pictured the edge of the world to look like. The 80-kilometre-long finger of land is mostly flat and craggy through the middle. Enormous rocky cliffs force back the wild Indian Ocean on one side; on the other 190-metre-high Sahara-like sand dunes shift in the wind.

It’s spring and magenta wildflowers and sun-tinged scrub explode with life on the roadside, helping to guide our 45-minute journey from the southern arrival point to the ecolodge set on protected Homestead Bay on the eastern side of the island.

It’s here we begin to realise Dirk Hartog Island has a knack for creating unlikely love stories. Either you fall in love with the place yourself – as I already have – or lose your heart to another and remain forever.

Keiran Wardle’s grandfather, Sir Thomas Wardle, was one of the first to fall under the place’s mystic charm. An Australian supermarket baron in the 1950s, he acquired the pastoral lease for the island in 1968 and took over its sheep station. He loved it so much, Keiran explains, he would “just come up here fishing all the time with his mates”.

Soon after the lease became his, however, his business interests crashed. He fled to the island, but it became mostly off limits to the rest of his family. Kieran first returned as a six-year-old, but it was at 18 that he was asked to help run the station for a few weeks. His true love of island life then began to solidify.

Like all good love stories, fate would intervene and a young apprentice chef from Melbourne named Tory would soon also get a call to help, this time with meals for weary workers. Her visit was supposed to last just a few weeks, but it stretched into marriage, three children and now a thriving eco-tourism business. If you haven’t found romance yourself, forget about Fiji – turns out the real Love Island is in the west.

In 1991, when the West Australian Government decided it wouldn’t renew expiring pastoral leases, it had already earmarked Dirk Hartog as a national park. This move, along with diminishing wool prices, gave the Wardles an idea. They saw an opportunity to negotiate the acquisition of more freehold land for tourism and, in return, they’d assist with the rejuvenation of the island’s ecological heritage.

Kieran’s grandfather had already significantly reduced sheep numbers – he’d even attempted his own species reintroduction process – but now the flock would be completely removed from the island. So too were the goats and a significant population of feral cats.

The change over the past 10 years, says Kieran, has been dramatic. Vegetation has returned, dunes have retained their shape and bird species are now coming home. “I reckon they’re dinosaur footprints,” he says with boyish enthusiasm, as he traces his finger across some coloured dots he’s made on blurry iPhone photos. “We’ve just got to get an archaeologist over here to verify it.”

As he’s talking, I imagine it’s this enthusiasm for new discoveries that has kept him so enamoured by the island for decades.

While there’s no guarantee the island’s history is prehistoric, it is certain this is the location of the first European landing on soil that is now known as Australia. Dutch explorer Dirk Hartog carved his name into a pewter plate in 1616 and nailed it to a wooden post at what would become known as Cape Inscription at the north end of the island. But today’s history is being written by the Wardles at their ecolodge, ocean villa and new camping facilities on Homestead Bay.

For those looking for a little more comfort, the converted limestone shearer’s lodge features six well-appointed rooms with 180-degree views of the bay. These are fully catered by Tory, who somehow manages to assemble a breakfast, lunch and dinner worthy of some of the best hotels in the country despite being in the middle of nowhere.

The ocean villa sleeps up to 12 people in three separate rooms. There are also camping sites aplenty, which fill rapidly during school holidays. Kieran’s self-imposed cap of just 20 cars on the island at any one time ensures a sense of remoteness is retained and the impact on the environment is low.

On our first day, from the balcony, we see a dugong feeding out in the bay. The next morning, as the sun rises, a manta ray hunts in the shallows. But this choose-your-own-adventure holiday destination also allows you to leave the lodge each morning with a packed lunch to discover the island’s pristine hidden corners.

Following Kieran’s directions on a map, I push the Nissan over a ridge before parking it and clambering over some rocks feeling like a young Charles Darwin. Walking down to the water’s edge, I watch as dozens of small nervous sharks gather in the shallows of Surf Point, their fins cutting the surface as they whip one another into a feeding frenzy. If they were a few metres longer it would be truly terrifying.

Kieran and his family have their secret spots, too. We are given directions to Stowk Cove (the name is made up of the initial of each family member – Sanchi, Tory, Oli, Will and Kieran), but there is another favourite family spot where the boys and their father regularly camp under the stars. Here they dive in the mornings with whale sharks that are migrating north to the more popular tourist spot of Exmouth.

Thanks to Kieran and Tory, Dirk Hartog Island has a bright future. But their biggest accomplishment to date, despite having no supermarket, no mechanic, no doctor, no plumber, no cleaner or full-time chef, is creating a world-class destination unshackled by the need to run livestock in order to survive.

At the time of writing, an unfinished cafe and bar dubbed Inscription sits overlooking the bay adjacent to the ecolodge. Negotiations with the state government for a liquor license are complicated and ongoing, but Kieran is unperturbed by the delay. It’s like he knows something we don’t. Could it be the result of needing to be an eternal optimist in a place where life is always on a knife’s edge?

On our last night on Dirk Hartog, we follow the Wardles and a few other guests into the dusk across the towering sand dunes towards a spot known as Herald Heights.

They make this trip regularly with visitors as an opportunity to catch Australia’s last sunset. “If you don’t count Christmas Island,” says Kieran, smiling once again. Tory cracks a bottle of champagne and, against the setting sun, I grab my wife’s hand, feeling terribly romanced by Dirk Hartog’s evening charm. I look over at Kieran who has his arm around Tory’s shoulders and I realise this place offers much more than just love at first sight. Falling for a place like Dirk Hartog Island is everlasting.

Jetstar flies direct to Perth from most capital cities. You can take the easy route and fly with Regional Express from Perth to Denham where the Wardles will organise a boat transfer to the ecolodge. However, the real adventure is a self-drive 4WD trip. It’s about a 700-kilometre drive north from Perth to the turn-off at the Overlander Roadhouse. From there it’s about another 175 kilometres, more than half of it on unsealed roads, to Steep Point.
jetstar.com
rex.com.au

There’s a minimum three-night stay at Dirk Hartog Island Eco Lodge. Self-drive packages include 4WD and passenger transfers from Steep Point, accommodation in a queen room with en suite, and all meals and non-alcoholic beverages. Five nights start at AU$1,495 a person. There are also campsites, both at the homestead and in the national park, for those who like to keep it simple.
dirkhartogisland.com

If you want to know more about what to see and do, either in Perth or on the drive to Dirk Hartog Island, go to the official Western Australia tourism website.
westernaustralia.com

Don’t be surprised if the name Slow Lane Brewing rings a... 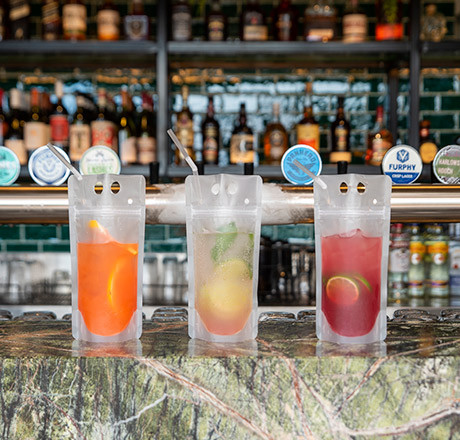 Just when you thought Melbourne couldn’t possibly have any...

Just when you thought Melbourne couldn’t possibly have any vacant rooftops left to... 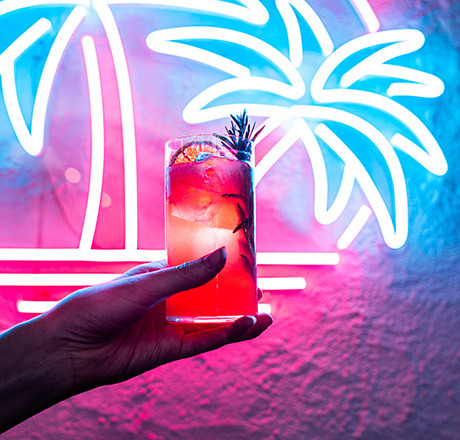 The 80s are back, baby, but this time they’re cool! Neon Palms is a Miami Vice-inspired,... 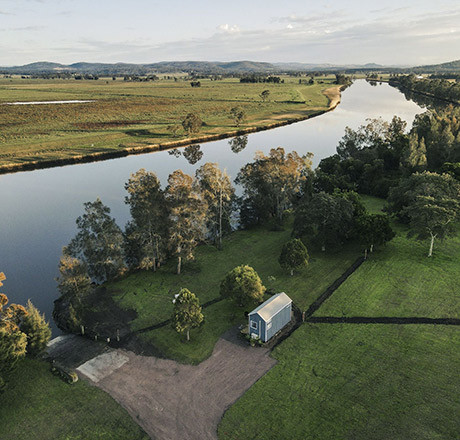 stay
Escape to a...
Escape to a tiny house
VARIOUS LOCATIONS ACROSS...

What they lack in size they make up for in character, and boy...

What they lack in size they make up for in character, and boy do these tiny houses pack a... 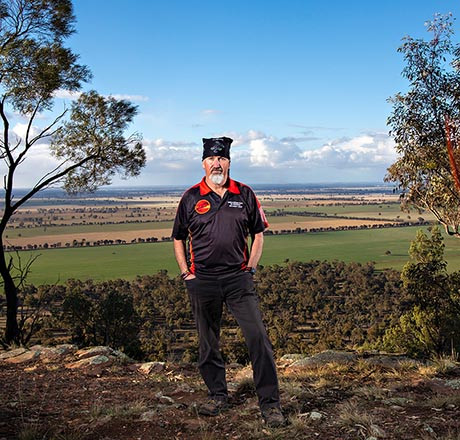 You owe it to yourself to take an Indigenous tour through...

You owe it to yourself to take an Indigenous tour through Wiradjuri country in NSW where... 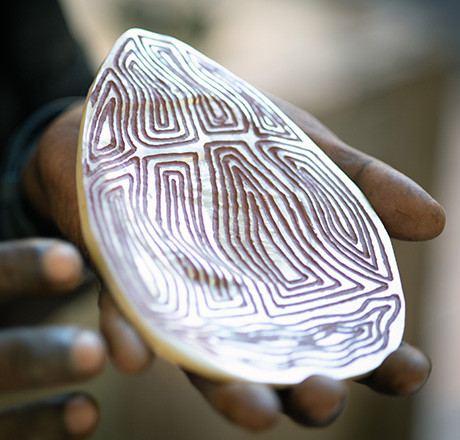 do
Learn about...
Learn about ancient Pearling in WA
KIMBERLEY, WESTERN...

Discover the beauty of the Kimberley Coast on the Borrgoron...

Discover the beauty of the Kimberley Coast on the Borrgoron Coast to Creek tour with Bardi... 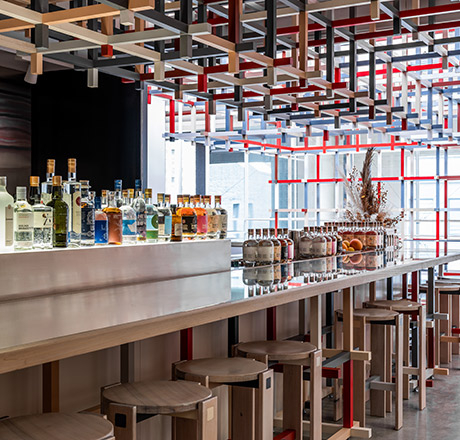 As if we needed another reason to visit Tassie, the team behind Forty Spotted... 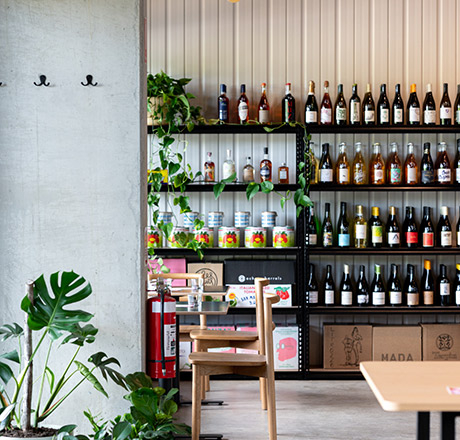 The name says it all, really. Canberra’s cool new bottle shop-meets-bar is... 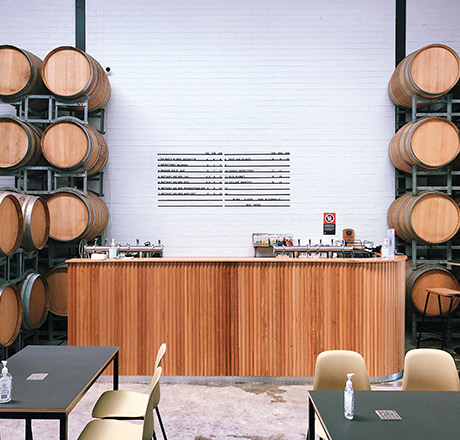 Don’t be surprised if the name Slow Lane Brewing rings a bell. You’ve... 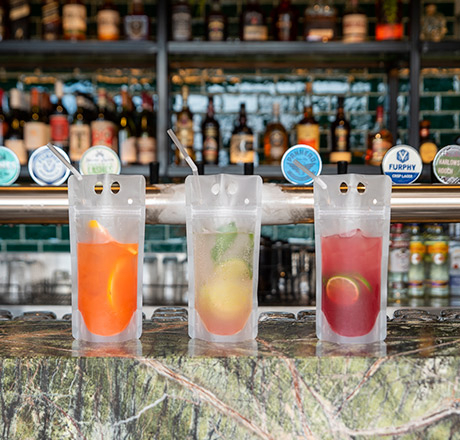 Just when you thought Melbourne couldn’t possibly have any vacant rooftops...

Just when you thought Melbourne couldn’t possibly have any vacant rooftops left to...