Monkey Business in the Mountains

Monkey Business in the Mountains

Venturing into the mysterious and beautiful reaches of a once-feared region of southwest Colombia, Steve McKenna embarks on a journey that takes him from sex-mad simians set in stone to a Gothic cathedral in the jungle

The taxi driver is grinning mischievously. Short, stocky and besuited, with a bald head, cherubic face and pencil-thin moustache, he reminds me a little of a Bond henchman. A Latino Oddjob perhaps. As he puts my luggage in his boot, I’m thinking, I hope I don’t end up in there later. Bogotá is much safer than it used to be – I’ve spent a fortnight in the huge Colombian capital without any bother – but the word peligroso (dangerous) is still bandied around enough to ensure you don’t let your guard down completely.

My driver, Luis, like so many of his compatriots, is a friendly soul. Full of chit-chat, he is keen to hear about my Colombian travels and is particularly interested in how I found the women on the steamy Caribbean coast. Our conversation is a bit stop-start, thanks to his mum, who keeps calling his mobile. Each time, after a frenetic burst of unintelligible, slang-riddled Colombian Spanish, Luis signs off with: “Okay mama, mi amor. Besos (kisses).”

The next day, when I find myself looking at a bizarre, ancient statue of a sex-crazed monkey, shrouded in tropical Andean forest 520 kilometres south of Bogotá, I think of Luis. He would probably love this. In my mind, I can hear him laughing with delight.

The monkey statue is one of a number of peculiar, pre-Hispanic archaeological sights scattered across the gorgeous green hills and valleys around San Agustin, a small, tranquil town that was, not so long ago, out of bounds for travellers. This region was once a danger hotspot, a casualty of Colombia’s ongoing civil war, which began in the 1960s and has caused about 250,000 deaths, as well as the displacement of millions of people.

As with much of Colombia, San Agustin’s security situation has improved recently, and travellers can now explore some of South America’s most bewitching countryside and hospitable hamlets in peace.

Its languid air is exactly what I need after my overnight journey from the capital, which had earlier disgorged me, groggy and disoriented, onto a street lined with hole-in-the-wall grocery stores, bakeries and tour agencies.

I dodged children playing on the footpaths and elderly men – with cowboy hats and tanned, weather-beaten faces, leaning against walls – to score a couple of caffeine hits before feeling awake enough to go exploring. (The Zona Cafeteria, west of Bogotá, is renowned for its coffee, but Colombia’s south yields some of the country’s most sought-after beans. Japanese exporters pay top whack for the best stuff, apparently.)

The lush, rolling landscapes surrounding San Agustin are dotted with the relics of civilisations that flourished between the first and fourteenth centuries along the fertile, mineral-rich banks of the Magdalena River, which courses 1500 kilometres through Colombia, originating in the country’s southern Andes and eventually spilling into the Caribbean Sea.

Unlike Bogotá, San Agustin – population 9000 – is utterly laidback, with a vibe that swings between comatose and sleepy.

You can mini-bus it to the main cluster of ruins at Parque Arqueológico, three kilometres west of San Agustin’s centre, or opt, as I do, to amble the gently ascending roadside route, where I pass half a dozen young soldiers in army fatigues with rifles slung across their backs. Firmly back in government control, this area was once a stronghold of the FARC, the notorious left-wing guerrilla group high on the United States’ terrorist and drug-trafficking hit list.

The park, a UNESCO World Heritage-listed site, is strewn with hundreds of stone statues, tombs and burial mounds. The elaborately carved monoliths have anthropomorphic and zoomorphic features. Some have been likened to the moai on Easter Island, but the sex-crazed monkey and his sidekicks, which include serpent-headed humans and a cheeky-looking owl with a snake in its beak, are much odder.

There are signposts around the site carrying information about these mysterious ruins, but I glean more by eavesdropping on a German couple’s tour with an English-speaking guide. It’s believed the sculptures were built to honour the dead, the guide tells the Germans, and one theory is that their architects were under the influence of the San Isidro mushroom, a powerful hallucinogenic fungus found around here.

The tribes, who first settled here around 3000BC, had dispersed by the time of the Spanish invasion in the early 1500s, and the ruins remained hidden for centuries until they were discovered by a Catholic priest in the eighteenth century. Unimpressed by the sight of sex-crazed monkeys, he regarded the sculptures as works of the devil. Today, a group of more open-minded Colombian teenagers on a school field trip is posing for silly photographs beside them. 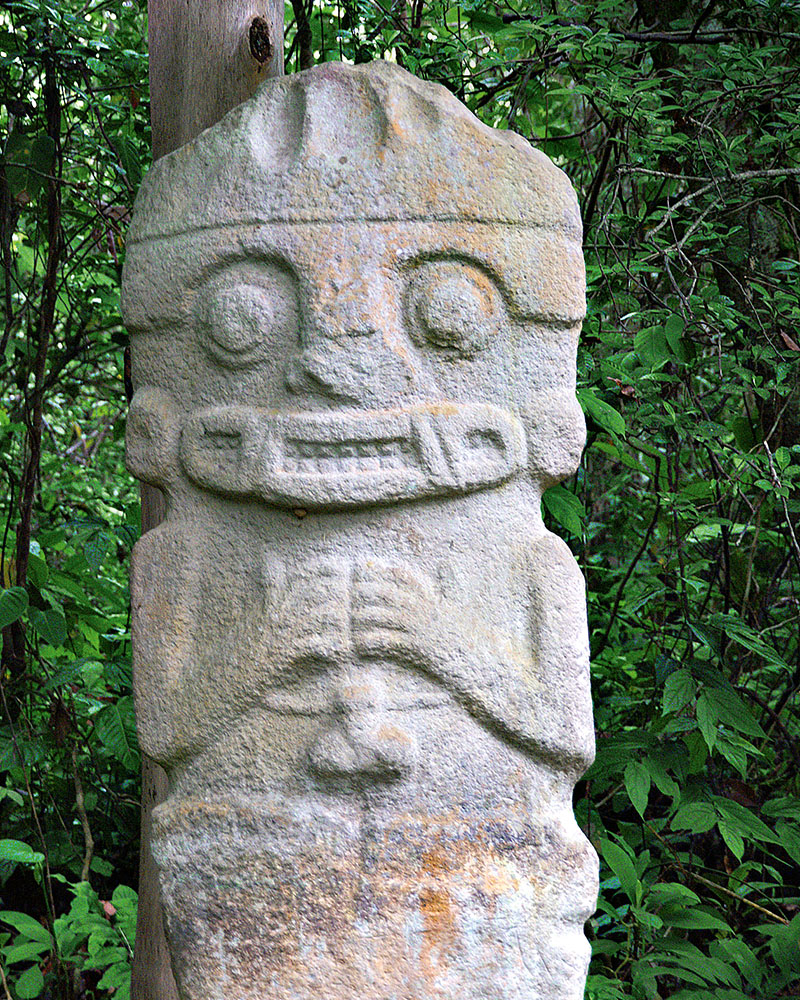 With my inner Indiana Jones sated for a while, I head west to Popayan, a place that captured my imagination in 2009 when I was last in Colombia.

While the route from Bogotá to San Agustin is paved and smooth, the road onward isn’t so much a road as a series of bumpy, winding dirt tracks that skirt precipitous cliff edges. It takes us six hours to travel the 135 kilometres to Popayan. At one point, out in the sticks, a raven-haired young beauty in high heels gets on the bus. The driver and his assistant don’t know where to look – a problem Luis would never have had. She sits next to me and spends the whole journey texting her boyfriend.

Popayan is every bit as splendid as I remember. Once a key outpost of the Spanish Empire – an important stop-off between Bogotá and Quito (now capital of Ecuador) – Popayan is arguably Colombia’s prettiest colonial city after Cartagena. But where Cartagena is a blaze of colour and vibrancy, Popayan is more sober and conservative. Its grid of cobblestone streets and large central plaza are decorated with elegant, whitewashed mansions, monasteries and churches.

On 31 March 1983, the so-called White City was flattened by a 5.5-magnitude earthquake. The British writer Charles Nicholl, travelling through Colombia investigating the country’s cocaine trade, was here when it struck. In his compelling book, The Fruit Palace, he describes the carnage of the earthquake, which killed around 300 people and demolished the historic town centre.

Lovingly pieced back together, with older baroque buildings given some sterling twentieth-century touches, Popayan is a joy to saunter around. There are some intriguing diversions, including colonial and pre-Hispanic history museums, art galleries, lavish church interiors and hilltop panoramas. I browse frantic food and clothes markets, witness one of the city’s Catholic-inspired street parades, and mingle with students in bars that pump out everything from salsa and tango to reggaetón and David Guetta. 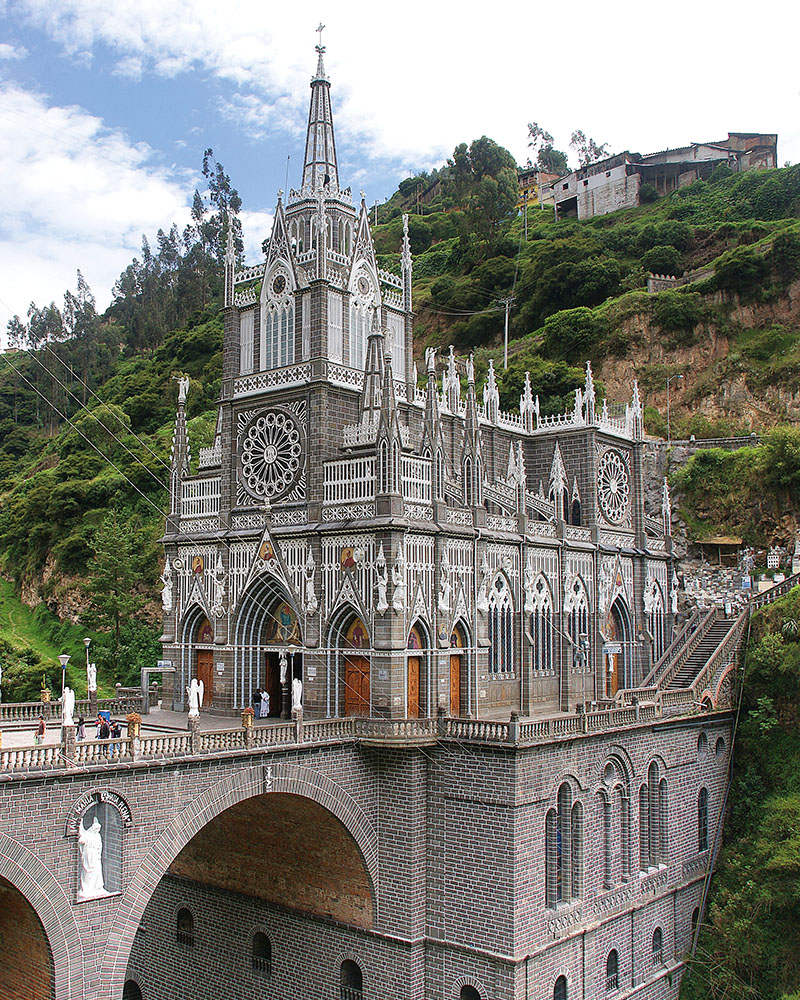 Las Lajas sanctuary on the outskirts of Ipiales. Click to view gallery

A fine place for cafe hopping, Popayan is a UNESCO City of Gastronomy. Its restaurants serve both international fare and local Spanish and indigenous cuisine, with recipes that have been passed down through generations. You can try offbeat dishes such as chunchullo (fried cows’ intestines), but I instead stick to the more traditional soup, corn and rice-based affairs, washed down with glasses of tropical fruit juices, one of Colombia’s fortes.

Popayan’s charms can keep you entranced for days, but it’s surrounded by fascinating side-trip options too, including Silvia, a predominantly indigenous town where traders sell handwoven garments and beaded necklaces, and the Purace National Park, an Andean wonderland of volcanoes, snow-dusted peaks, hot springs and mountain lakes.

Penetrating deeper into remote Colombia, I gawp at sublime Andean scenery from my window seat. There’s one place, though, that I’m keeping my eyes peeled for. Travelling from Ecuador into Colombia in 2009, I didn’t know Las Lajas existed. When I saw a photo of it later in my trip, I couldn’t believe I’d missed it.

About seven kilometres east of the fairly nondescript Colombian border town of Ipiales lies the church and sanctuary of Las Lajas, built in dramatic neo-Gothic style, incongruous in its sheer scale and sharp manmade angles amid all the freeform fecundity of the verdant valley in which it lies. Spanning a river gorge, surrounded by mountainous greenery, it marks the spot where a lightning-illuminated silhouette of the Virgin Mary apparently appeared during a heavy storm in 1754.

After admiring the church interior – flush with stained-glass windows – I rub shoulders with pilgrims, miracle seekers and vendors selling souvenirs, snacks and terrible instant coffee, before scaling a lofty vantage point lording it over Las Lajas. When I reach the top, slightly breathless, I see a man taking photographs. Glancing up, he says in a strong Liverpudlian accent what I’ve been thinking.

“Bloody amazing, isn’t it? It’s almost made a believer out of me.” He’s not wrong.

Sex-crazed monkeys aside, it’s one of the most extraordinary things I’ve ever seen.

La Casa de François in San Agustin has double rooms from about US$15 a night.
lacasadefrancois.com

The five-star Dann Monasterio in Popayan is set in a restored Franciscan monastery. Double rooms cost from about US$90.
hoteldannmonasteriopopayan.com 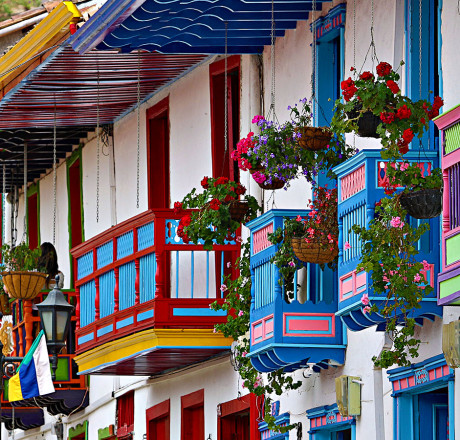 If you've ever been to Colombia, you've had aborrajados. And...

If you've ever been to Colombia, you've had aborrajados. And if you didn't, you weren't... 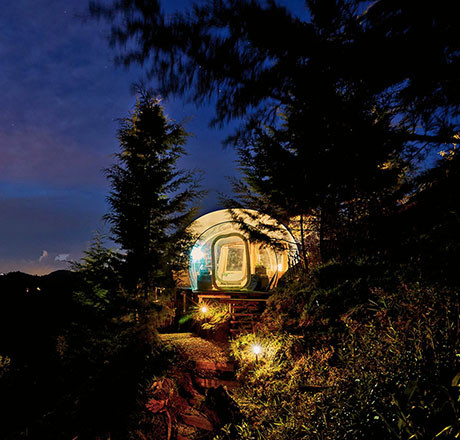 Immersing yourself in nature without the sacrifice of comfort...

Immersing yourself in nature without the sacrifice of comfort is exactly what you’ll get... 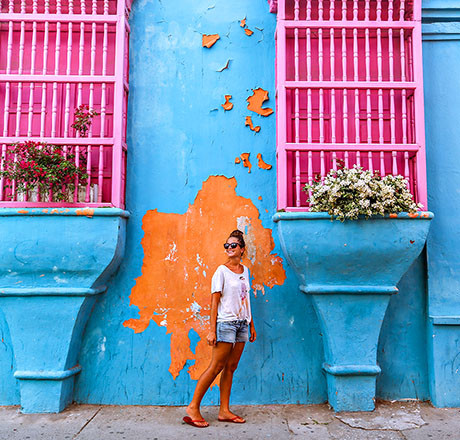 While Colombia offers up a certain unsavoury stereotype as a...

While Colombia offers up a certain unsavoury stereotype as a destination famous for Pablo... 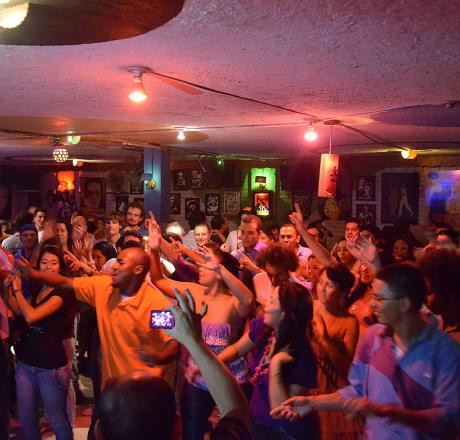 Shake your thang at this dance institution in Cali,...

Shake your thang at this dance institution in Cali, Colombia’s capital of salsa.... 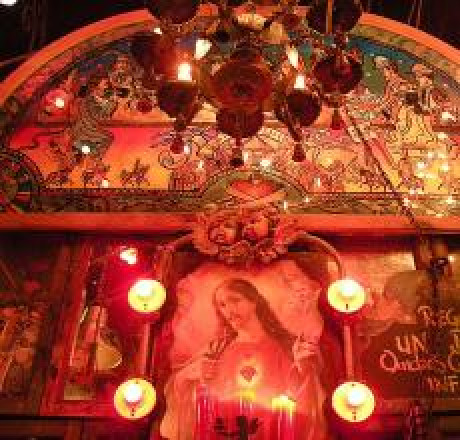 A quiet night out is just about the only thing not on the menu...

A quiet night out is just about the only thing not on the menu at this legendary steak and... 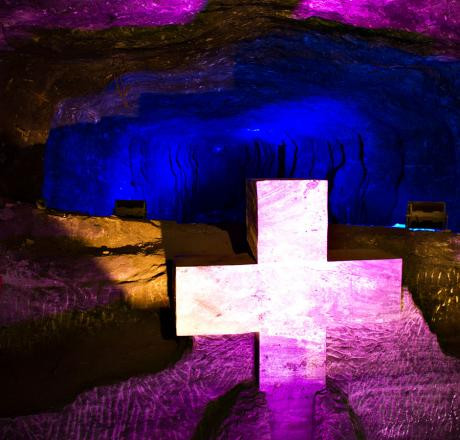 Been a while since you pulled up a pew in the house of the...

Been a while since you pulled up a pew in the house of the Lord? There’s no better... 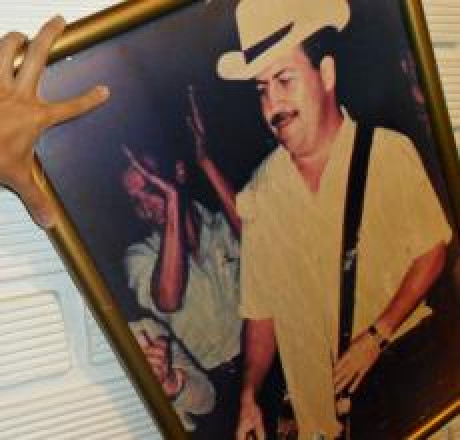 It’s impossible to visit Colombia without encountering vivid reminders of the... 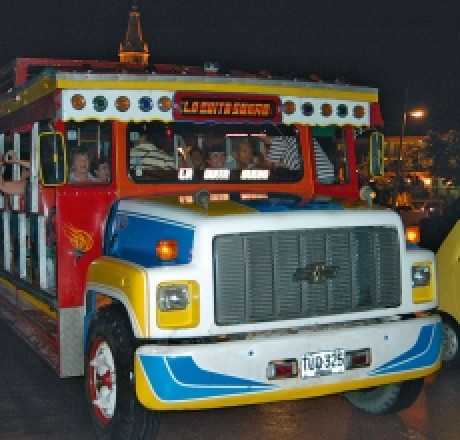 You’ve probably never considered a bus tour to be a...

You’ve probably never considered a bus tour to be a particularly cool way to explore a... 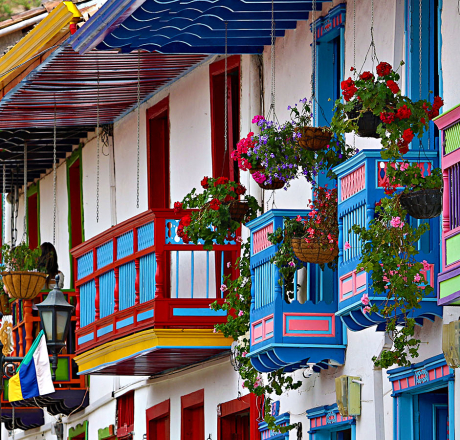 If you've ever been to Colombia, you've had aborrajados. And if you didn't,...

If you've ever been to Colombia, you've had aborrajados. And if you didn't, you weren't... 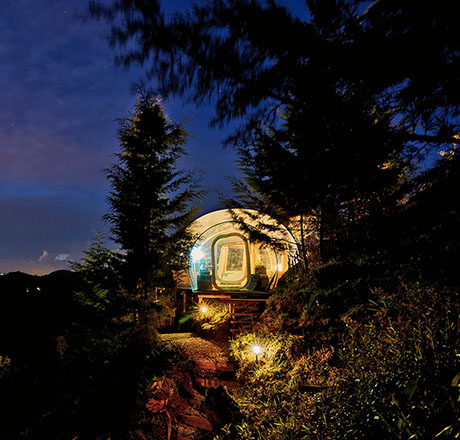 Immersing yourself in nature without the sacrifice of comfort is exactly what...

Immersing yourself in nature without the sacrifice of comfort is exactly what you’ll get... 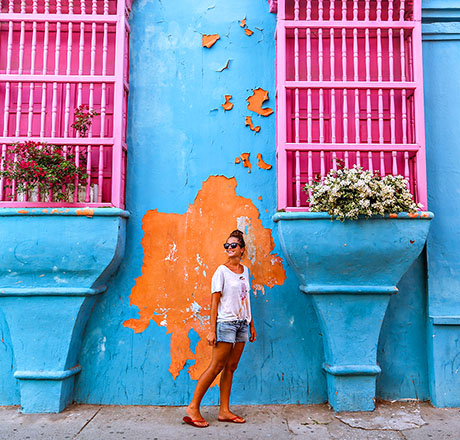 While Colombia offers up a certain unsavoury stereotype as a destination...

While Colombia offers up a certain unsavoury stereotype as a destination famous for Pablo... 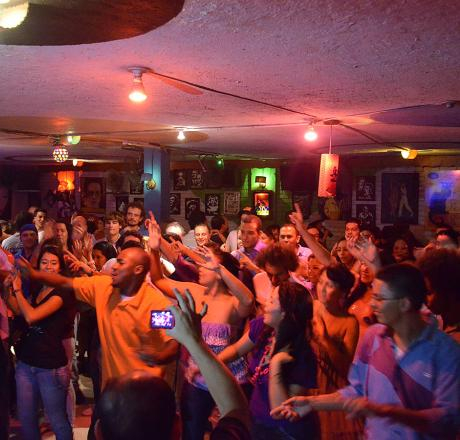 Shake your thang at this dance institution in Cali, Colombia’s capital of...

Shake your thang at this dance institution in Cali, Colombia’s capital of salsa....