“You want to know how the statues got here, right?” asks Beno, my dreadlocked guide. Beno is a Rapa Nui, a direct descendant of the Polynesian people who built – and then almost lost – an empire on this skerrick of a dot in the Pacific.

If anyone could uncover the secret of the statues, known as moai, I figured it might be a Rapa Nui. How the moai were carved, carried and positioned across Easter Island is a mystery that looms over the human imagination in the same way as Stonehenge, the Bermuda Triangle and Donald Trump’s hair. Their size – up to 80 tonnes each, 12 tonnes on average – would lead most to believe it was impossible for a civilisation with only stone tools to carry out such a giant feat of engineering. So I was keen for somebody with a little inside info to give away the game once and for all.

“The answer is very simple,” says Beno. “They walked.”

A day earlier, on my way to Easter Island, I wondered if I was making a bad choice for a holiday destination. Having just gone through a relationship break-up, the parallels between my fragile state of mind and the most remote inhabited place on earth were easy to see. Surely such isolation would equate to loneliness. A landscape on which every last tree had been felled would have to bring feelings of emptiness. I imagined witnessing the failures of a culture, once rich and full of wonderful history, would only encourage sadness. And then there were the moai: carved carefully over time with great devotion and struggle, many of them now face down and shattered on the ground, never to stand again. The comparisons were all too obvious. 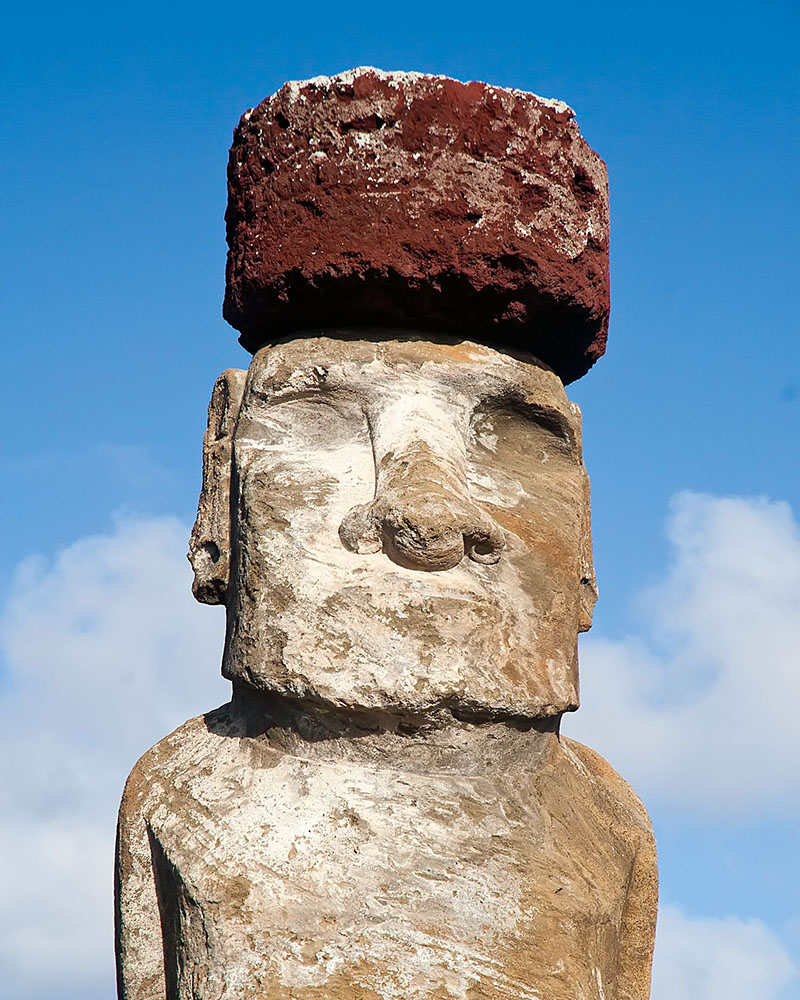 Most of the moai had their eyes removed many years ago. Click to view gallery

In the same way people listen to sad songs to match and reinforce their gloomy mood, I wondered if I’d chosen a holiday to do the very same thing. Maybe I should have gone to somewhere like Rio instead.

I arrive on Easter Island in the dark hours of early morning. Unlike the first Rapa Nui – according to historians, they paddled their way here from the outer reaches of French Polynesia in hollowed-out tree trunks – I travel on a comfy flight from the Peruvian capital of Lima. Been meets me at the airport and we make our way to the Posada de Mike Rapu, a superb lodge on a hill just out of town.

From my room I watch as the thousands of southern stars begin to fade from the sky and the giant sun creeps over the horizon, revealing Rapa Nui in the morning light. What I see is by no means tropical, like Tahiti or Hawaii. I look out over undulating bare hills at scraggy wild horses nibbling the short grass. Black volcanic rocks punctuate broad paddocks that fade into the sea. It reminds me of a sheep farm and I later learn that’s exactly what it once was.

On the topic of Easter Island, scientist and author Jared Diamond wrote: “All parameters were stacked against Easter: It is relatively cold, dry, low, small, and isolated, with negligible nutrient inputs from atmospheric dust and volcanic ash, relatively old leached soils, and no uplifted-reef terrain.” On the face of it, it seems a long way to travel to visit such a place.

“Do you know about mana?” asks Beno later that day as we walk together to the first of many archaeological sites, right after he has told me that the giant moai made their way across the island under their own steam.

Mana, I had read, is a Pacific Islander notion of a spiritual force that dwells in people, animals and inanimate objects. It’s a divine power they believe can move mountains – or monolithic statues, at least.

“The moai use mana,” Beno explains, with a serious expression on his bearded, fleshy face. “That’s how they can walk.”

At a site called Akahanga we come across the first of the moai, sprawled and broken along the seashore. It’s an odd introduction to such an iconic attraction. The toppled giants lie wrecked on the rocks, necks broken, heads smashed.

I learn that almost all of the 900-odd moai on Easter Island were carved between the years 1100 and 1700 at a single site on the side of a volcano. Many of the moai never left this inland quarry, with some unfinished ones still waiting to be cut free from the rock. Others dot the countryside, abandoned en route to their seaside destinations, looking like fallen soldiers on a battlefield. Only about 10 per cent made it to the ceremonial platforms, where they were erected in honour of their makers’ ancestors. Then, sometime later, almost all of them were ripped down again. Those that stand today (about 50) have only recently been restored to their positions.

Arriving at the first of the upright moai, my dark mood starts to shift a little and the island’s magic begins to kick in. There’s something calming about standing before these stone creations. Their faraway expressions seem gentle and thoughtful. 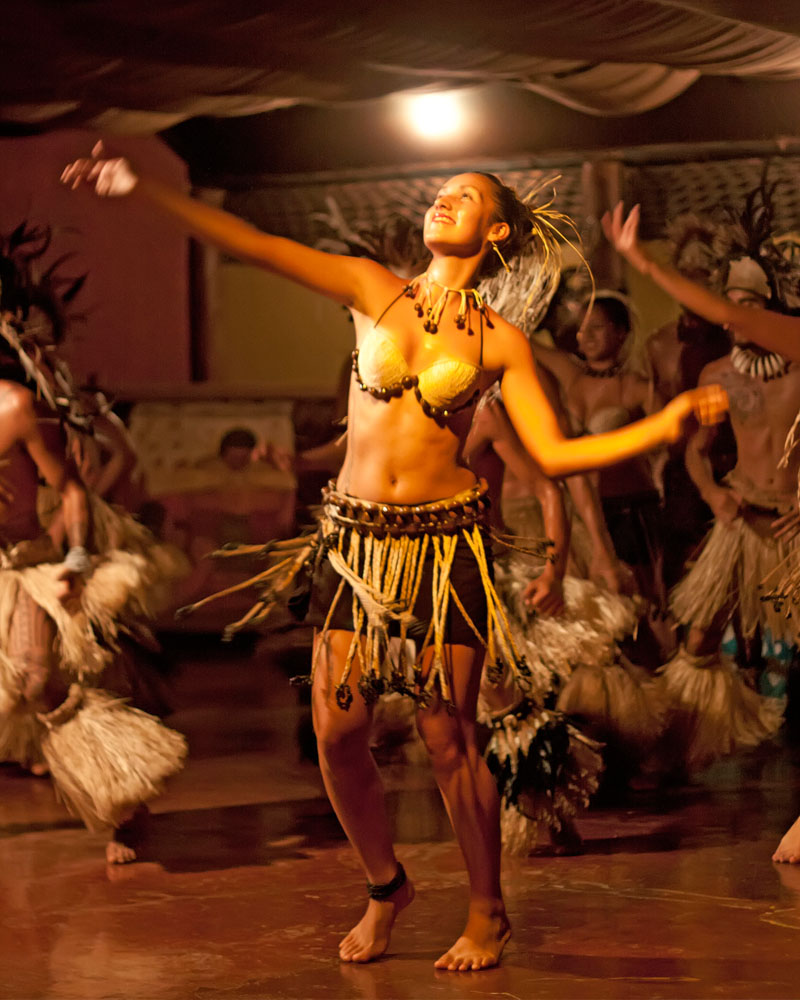 The revival of Rapa Nui culture is a joy to watch. Click to view gallery

Over the next days exploring the countryside, what at first glance had appeared to be an abandoned sheep farm soon transforms into one of the world’s great archaeological sites: a living, open-air museum. We cruise the narrow coastal roads around the island in the lodge’s A-Team van, with huge waves bashing close by on the volcanic rock shore. We marvel at the giant moai watching over proceedings around the island and looking back at the quarry from where they came. We find old cave openings and crawl in to discover ancient Rapa Nui shelters. Artefacts litter the paddocks, left there for wild horses to kick up and uncover. Beno tells me that as a kid he would find stone tools where the moai were made. We see old canoe ramps and chicken houses and water catchers made of stone. We hike up volcanoes and look out onto patches of the Pacific that are holiday-brochure blue. After a few days here I am completely enthralled by this place. Thoughts of home begin to seem less significant.

“This island is the door to paradise,” I’m told by Mokomae, a tattoo shop owner in the island’s main town. “We Rapa Nui are like an endangered animal facing extinction. Because of that, this place is special and we are special.”

When I ask Mokomae to show me his traditional tattoos, he promptly strips down to his very brief briefs.

“I am not a Rapa Nui, I am Rapa Nui,” he tells me, wide-eyed while in his underwear. “Asking me if I am proud to be Rapa Nui is a question you should not ask – it’s silly. It is like me asking you if you are proud to be able to walk.” 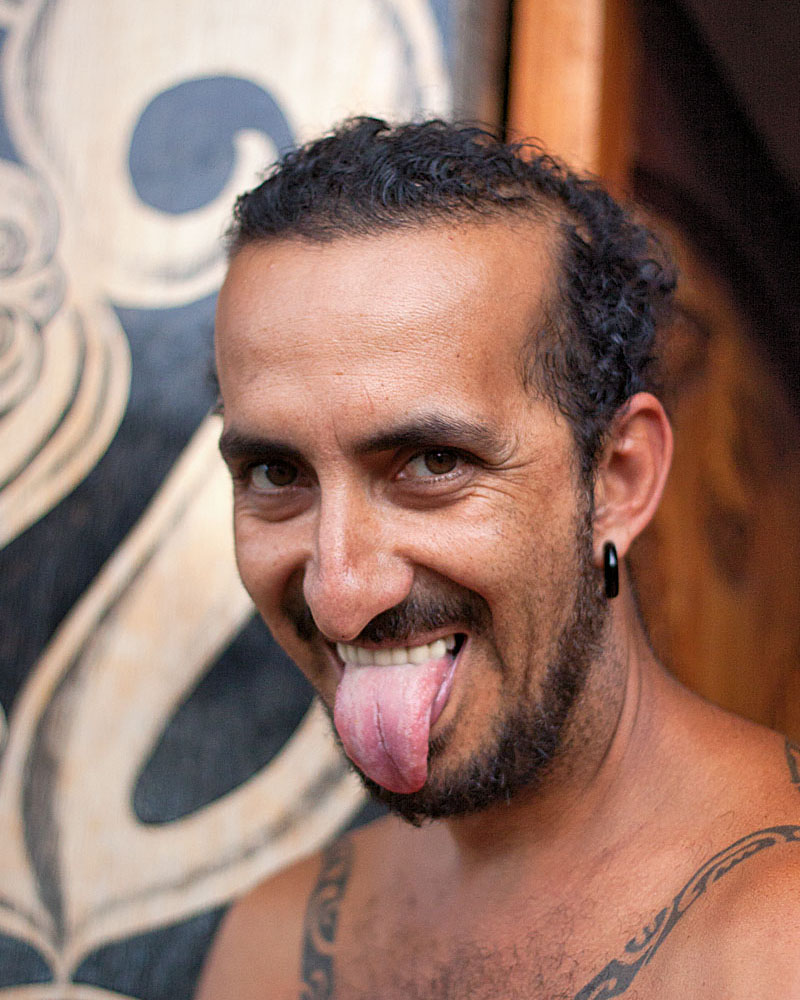 Wild-eyed tattooist and dancer Mokomae is fiercely proud of his island. Click to view gallery

To someone who has never been to Easter Island, its history may seem like an obvious metaphor for human recklessness. The commonly held belief that the Rapa Nui demolished the environmental foundations of their society is most likely true. But they did so, according to Jared Diamond, “not because they were especially evil or deprived of foresight”, but because they were ordinary people, living in a delicate setting, and subject to regular human struggles and feuds.

The thing is, if you go to Easter Island and meet its people, if you take time to walk the countryside and watch the sun rise a few days in a row, you learn that this place can also be a metaphor for hope. The people here have endured famine, epidemics, civil war, slave raids, colonialism and deforestation. Their population was reduced to just a few more than a hundred people at one point in time. Today, they are 4000 strong and their culture continues. The Rapa Nui attempt to walk the fine line between holding on to and letting go of the past. And they appear to stand tall as they do so.

On my last night on Easter Island I go to watch a Rapa Nui dance troupe perform for tourists at the back of a restaurant – tattooist Mokomae as the chief dancer and choreographer. He had told me that he’d salvaged his ancestors’ traditional dances and wanted to keep them alive for his children. On stage, the lithe-bodied performers radiate passion and pride.

“We are survivors,” Mokomae had told me earlier in the day. “If there’s a cataclysm, we will still be here.”

Contemplating the collapse of my own little world, I begin to see that this idea of celebrating the good and forgiving the bad is an admirable thing. Easter Island is proof that navigating unthinkable spaces and shifting immeasurable weights is always possible with endurance and determination. Accepting the failings, picking up the pieces and moving on is part of the art of survival. I figure with time – and maybe a little mana – I’ll stand tall, too.

LATAM Airlines has daily flights from Sydney to Santiago, with onward connections to Easter Island.
latam.com

Three-day packages at Posada de Mike Rapu start at about US$3075 per couple, and include accommodation, meals and bar, and guided daily activities.
explora.com 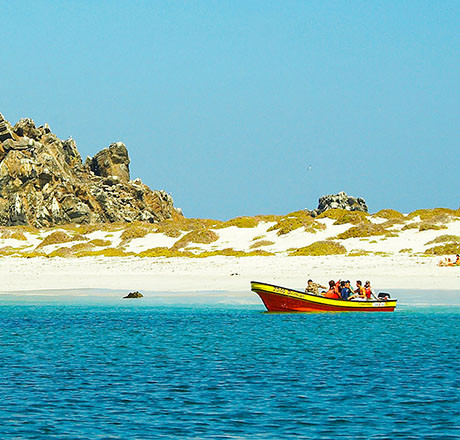 There is only one way to get to the tiny rocky outcrop of Isla... 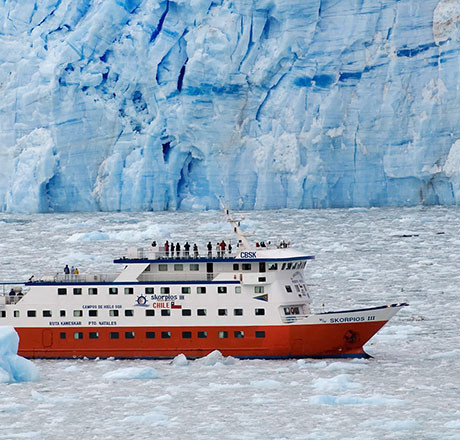 do
Gliding...
Gliding through the Chilean glaciers
FIORDO CALVO, CHILE

If global warming has taught us anything, it’s the... 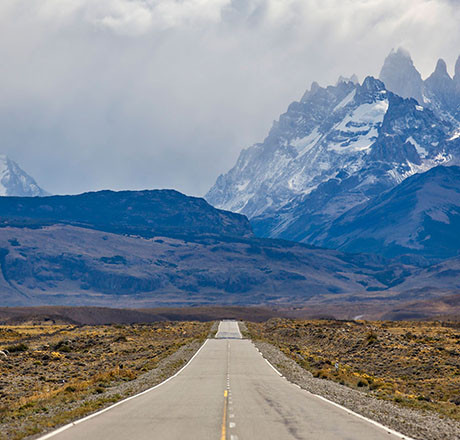 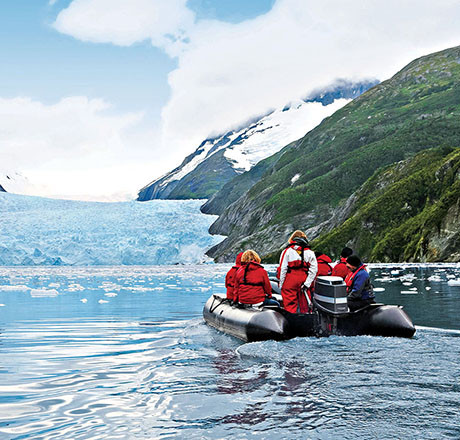 There’s no doubt Chile is one long, thin nation, so... 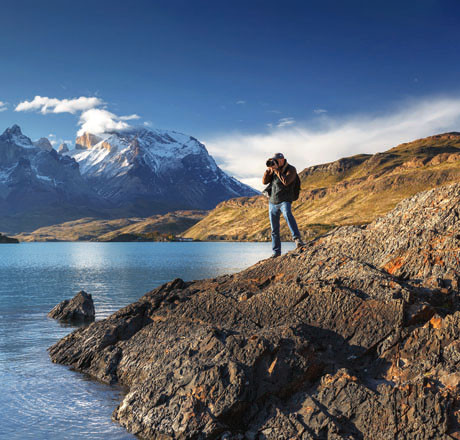 do
Kayak in...
Kayak in Patagonia
PATAGONIA, CHILE

With granite spires and glaciated mountain ranges that sprawl...

With granite spires and glaciated mountain ranges that sprawl across Argentina and Chile,... 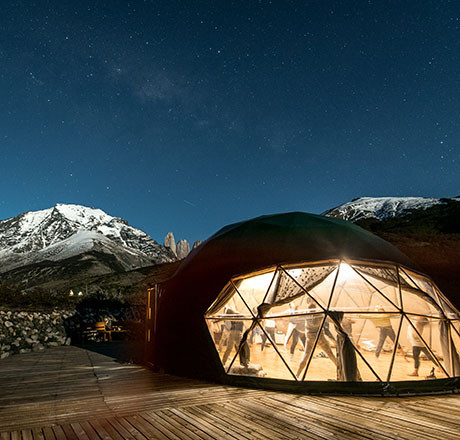 With unparalleled views of the mountainous Torres, EcoCamp...

With unparalleled views of the mountainous Torres, EcoCamp Patagonia is the obvious choice... 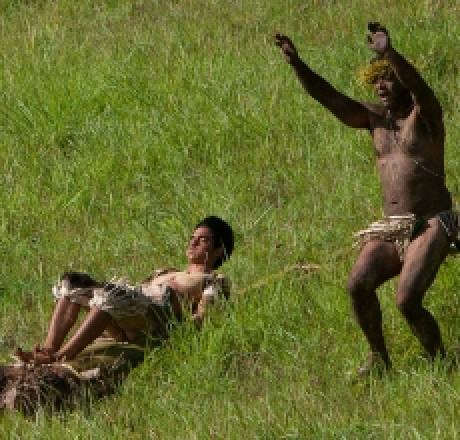 Some sports are best enjoyed from the sidelines, and Haka Pei...

Some sports are best enjoyed from the sidelines, and Haka Pei is one of them. Unless of... 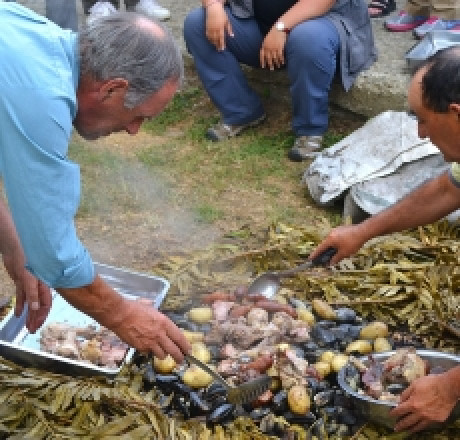 Tear a chunk of pork from the bone, crack open a clam, chow...

Tear a chunk of pork from the bone, crack open a clam, chow down on a dumpling and follow... 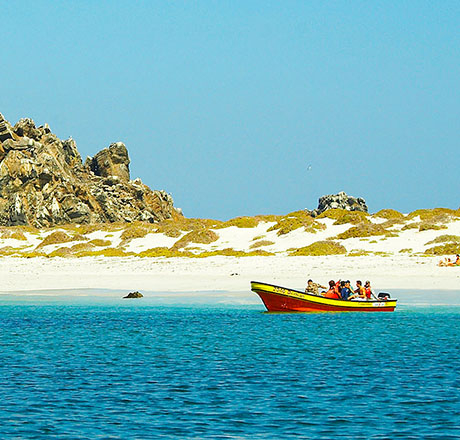 There is only one way to get to the tiny rocky outcrop of Isla Damas, one of... 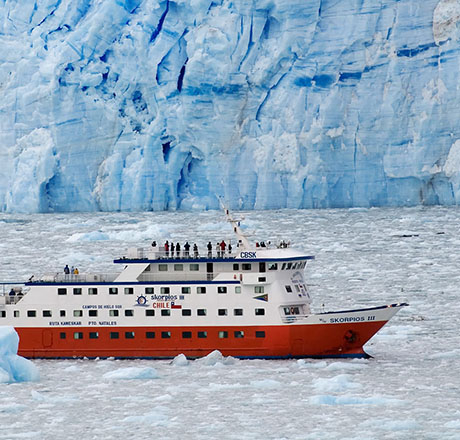 If global warming has taught us anything, it’s the realisation that some of... 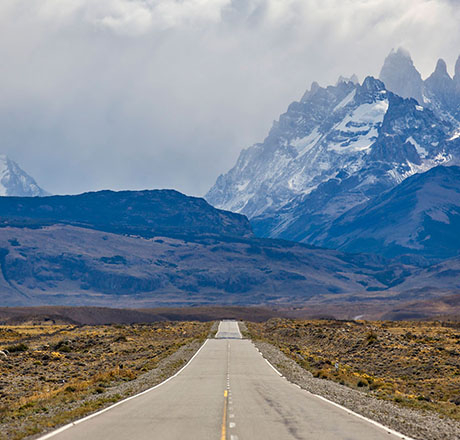 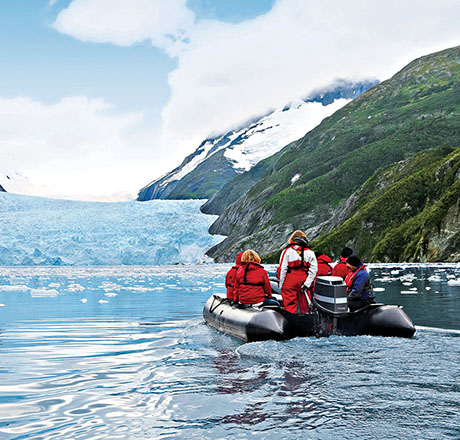 There’s no doubt Chile is one long, thin nation, so there’s no better way...