Mark Eveleigh discovers darkness beneath the skin of paradise, as he explores Ilha Grande, a Brazilian beauty haunted by a past populated with pirates and prisoners.

Teresa Cristina de Brito Pinheiro dos Anjos is sitting on her kitchen step sharing some local knowledge while watching me tie up my hammock. I have the feeling she spends a lot of time chatting like this and, at the moment, she’s particularly enjoying clueing me in on unexpected risks of camping on Ilha Grande. “It’s lucky that hammock has a sturdy mosquito net,” she says.

I hazard a guess in broken Portuguese. “Lots of mosquitoes here, then?”

“No, no, the sea breeze keeps them away. It’s the vampire bats you have to worry about.”

I’m halfway through a trek around Brazil’s so-called Big Island – about 150 kilometres southwest of Rio de Janeiro – and apparently I’m now deep inside bat country. It strikes me as somewhat surprising that nobody bothered to warn me earlier about the danger of death by vampire bat.

“My cousin was bitten a couple of weeks ago,” my new advisor continues. “The course of rabies jabs afterwards was worse than the bite.”

I can tell she is doing her best to reassure me, but I wonder if I will ever feel the same about myself after I’ve been sucked by vampires. Will I be forced to see myself as vampire-bitten ever after? It’s a form of virginity that I’m reluctant to lose.

But there have been many more sinister things than vampires during the history of what was once called the Island of the Damned. The dark period of Ilha Grande’s history began with the arrival of British and Dutch pirates who slaughtered the original inhabitants – Tupí people, whom the Europeans claimed to be cannibals – and used the island as a lair from which to attack Portuguese galleons. Later, Ilha Grande became even more notorious as a slave-trading centre, a quarantine island for sick immigrants and a penal colony.

The main town Abraão dates back to the time when it was the lair of the pirate Captain Abraham. Private vehicles are not allowed on Ilha Grande and Abraão has only a police beach buggy, a fire engine and a garbage truck. The morning rush hour is frantic though, with motor-schooners shuttling new arrivals to and from the mainland, and dive boats heading out to reefs and wrecks around the coastline.

Few people have ever walked all the way around Big Island and reliable information is hard to come by. We set out from Abraão, loaded with camping equipment and enough provisions to last a week in the jungle. Luckily I had the help of trekking guide Raf Kiss and Brazilian adventuress Laura Nedel, recently returned from a round-the-world tour with a renewed hunger to explore more of her own immense country.

The map of Ilha Grande is studded with names that seem familiar, probably from the scripts of films such as Pirates of the Caribbean. Our path will take us past Black Beach, Blue Lagoon, Savage Beach, Adventurer Beach and Sack of Heaven Bay. At times the trail snakes along pristine Robinson Crusoe beaches, unmarked by footprints. During other sections it climbs steeply into dense, humid forests where howler monkeys bellow, giant jungle rats called agouti scamper and hummingbirds buzz between the towering bamboo plants.

The island's forests, beaches and fishing hamlets offer some of the best trekking possibilities on Brazil's Atlantic coast. Click to view gallery

Three days into our trek, we’re joined by two new travelling companions. Black Dog and the Rasta – a scraggy white mutt who becomes more dreadlocked with every mile – resolutely refuse to abandon us. They are extremely contented strays, happy to remain with us purely for companionship. Although we are unable to feed them, they never bother to beg when we eat. It’s harder to see wildlife with dogs charging off in attack whenever an iguana breaks cover from the brush or they catch the scent of an agouti, but they’re good company and their panting ‘doggedness’ motivates us during the long, hard slogs over the hills to the south coast.

Provetá is the second largest town on Ilha Grande and the only one with any remaining indigenous population. Few outsiders ever come to this most southwesterly point of the island and when we arrive the beach is occupied only by fishing boats, vultures and a few local kids splashing in the waves. We follow directions to a sandy homestead where a makeshift sign emphasises the laid-back, ‘labour-saving’ attitude of the Provetenses: “CMPNG” it reads. Who can be bothered with vowels?

We fall asleep to the sound of the waves – and raucous chanting from the Assembly of God church – and are woken at dawn by Black Dog stretching under our hammocks. When we break camp both dogs romp out of the compound lashing their tails, happy to be on the road for another day. We have a hard morning’s climb ahead of us before Praia do Aventureiro – Adventurer Beach. Here on the blustery southern shore, the Atlantic trade winds have stunted the trees so shade is scarce. We are soon sweating and the Rasta is cooling her matted locks in every meagre stream she can find.

It’s a humbling experience to bump into 77-year-old Dona Cida on her way up the opposite side of the hill. It’s a Sunday and the old lady tells us she is on her way to church in Provetá.

“I could take the boat from Aventureiro,” she admits, patting the dogs. “But I do this every Sunday. It’s my little pilgrimage.”

Our own little pilgrimage is now more than halfway through and we’re coming to a sad point. At Aventureiro beach we’ll have to take a boat for a short trip around the Praia do Sul Biological Reserve. Special permits are needed to cross this protected area and, although it is apparently possible to sneak across the park, we decide to respect the rules – and, more importantly, the habitat – and take a boat a few miles around to the next beach. This means we will have to say goodbye to our new travelling companions.

Dona Cida knows the dogs and we have spoken to two other people who had seen them walking with other trekkers. Black Dog and the Rasta probably know the trails of Ilha Grande better than any creature on two legs and it is sad to see them watching from the jetty as our boat putters out into Adventurer Bay. 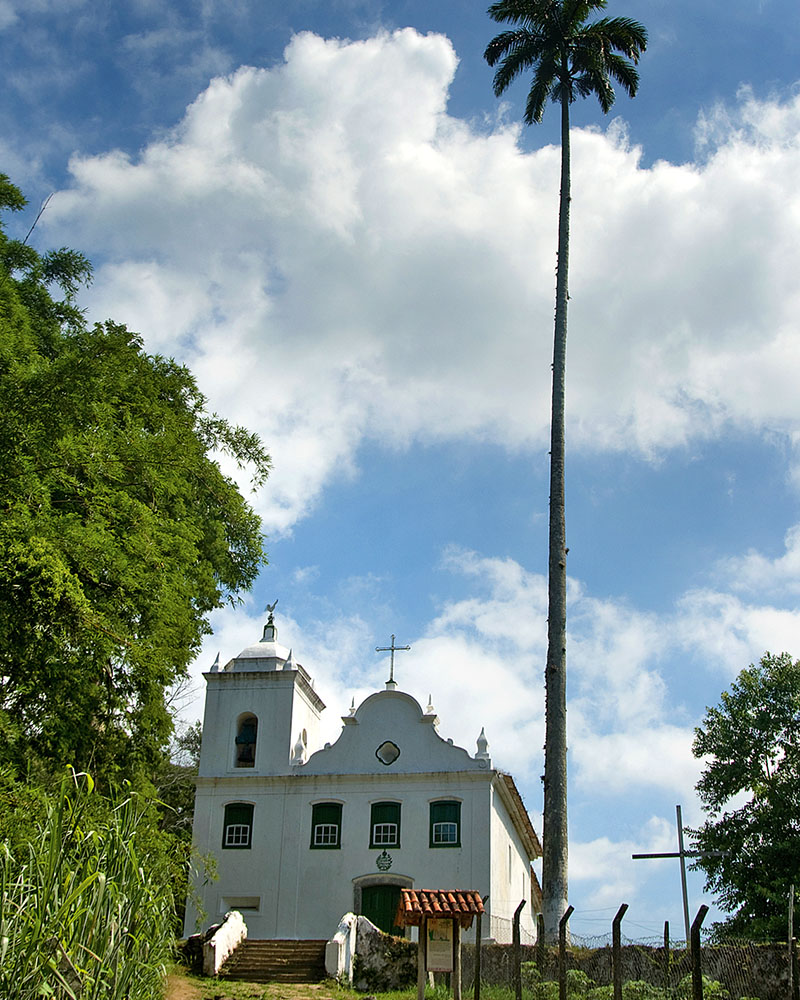 Freguesia de Santana Church was built in 1843 in a bay that was then becoming Ilha Grande's most important sugar, coffee, firewater and illegal slave-trading centre. Click to view gallery

After a long walk through almost impenetrable jungle – eyes intent on every waver of our GPS – we arrive at the old ruined political prison at Dois Rios. It was primarily because of this sinister institution that Ilha Grande was traditionally known as A Ilha da Maldição or the Island of the Damned. Some of the country’s most famous writers, journalists and activists were locked up here until as recently as 1994, when the prison was finally dynamited (half-heartedly it seems).

After a long day on the trail we arrive at pretty little Caxadaço bay just as the sun is beginning to sink, and find a perfect spot in the jungle to tie our hammocks. A cool, clear river has created a natural jacuzzi among the rocks and Laura and I spend an hour soaking away the aches and strains of the trail and listening to the roar of the howler monkeys. There’s a wistful hint to Laura’s voice as she points out that by this time tomorrow evening we’ll be back in ‘civilisation’ and dining on moqueca fish stew in Abraão.

As darkness descends under the canopy, fireflies of all different sizes and colours flash around our camp like phalanxes of fairies. Lying under the vampire net, enjoying the sound-and-light show of the jungle, I am sorry to think that we will soon be sailing away from the Island of the Damned.

LATAM flies from Sydney to Rio de Janeiro several times weekly. From Rio take a bus to Angra dos Reis, where you can catch a Conerj ferry to Abraão on the Island.
latam.com

For a budget option check out Pousada Alfa.
pousadaalfa.com.br

Elite Dive Centre is the best place to take advantage of Ilha Grande’s reputation as  one of Brazil’s most famous dive regions.
elitedivecenter.com.br 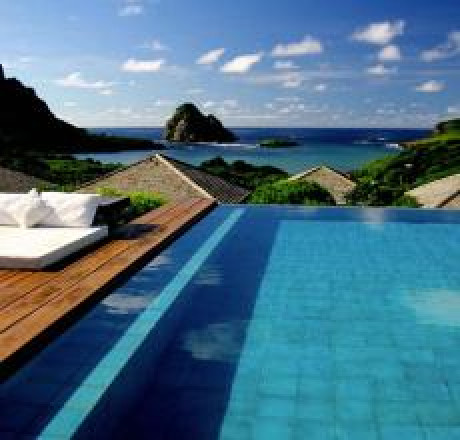 Imagine sitting in your own private hot tub watching the sun... 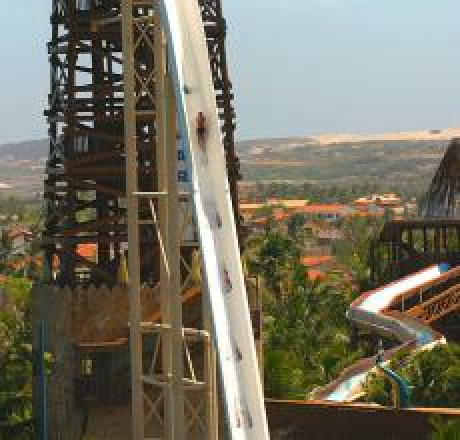 Brace yourself for the stomach-churning, adrenaline-pumping... 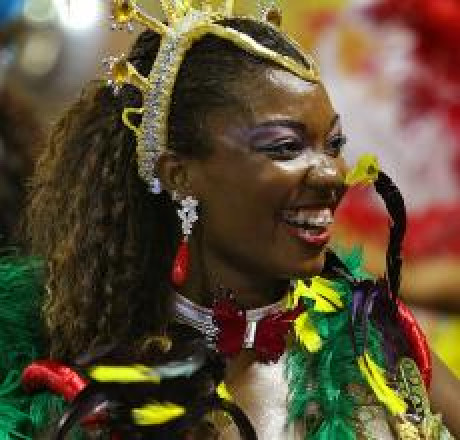 Rio gets all the kudos when it comes to Carnival, but the... 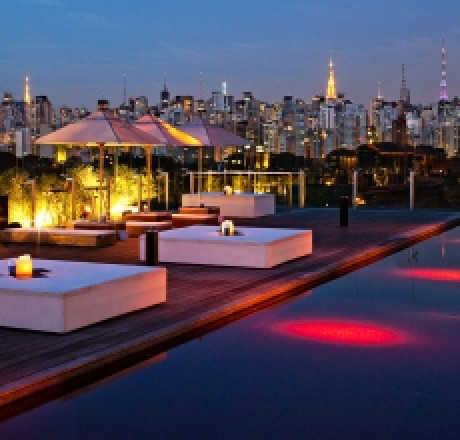 What better way to enjoy the sunset in São Paulo than from... 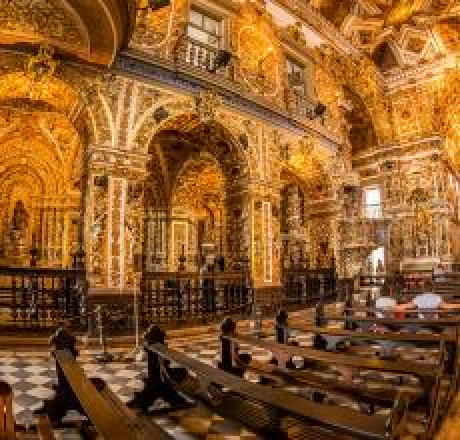 Whether you believe in god or not, a visit to this magnificent...

Whether you believe in god or not, a visit to this magnificent place of worship in...

Serving drinks from the bow of an abandoned fishing boat, this...

Serving drinks from the bow of an abandoned fishing boat, this bar blends traditional with... 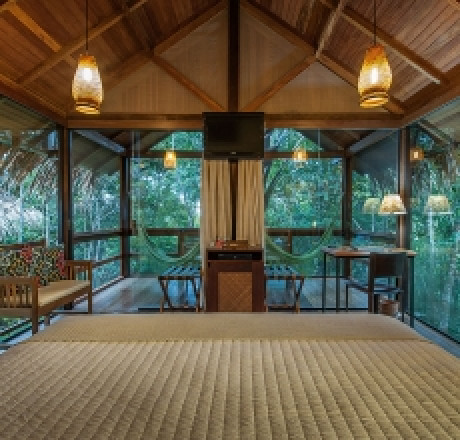 Brazil’s nightlife is some of the world’s most exciting,...

Brazil’s nightlife is some of the world’s most exciting, but if you find yourself all... 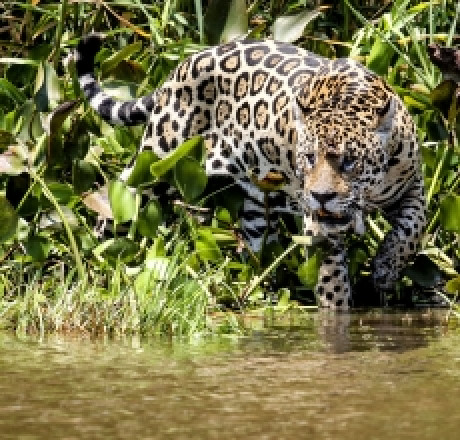 do
Cruise for...
Cruise for Jaguars
PANTANAL, BRAZIL

There aren’t many animals that can render a caiman lifeless...

There aren’t many animals that can render a caiman lifeless with one crushing bite that... 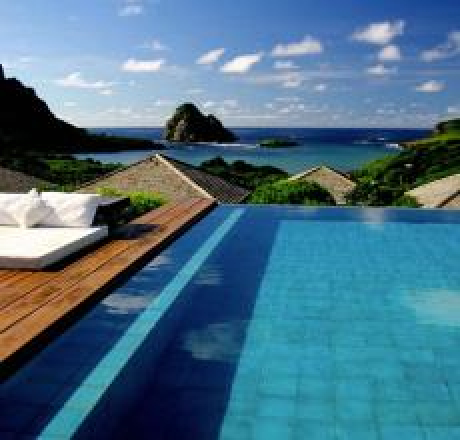 Imagine sitting in your own private hot tub watching the sun dance off the...

Brace yourself for the stomach-churning, adrenaline-pumping drop of a... 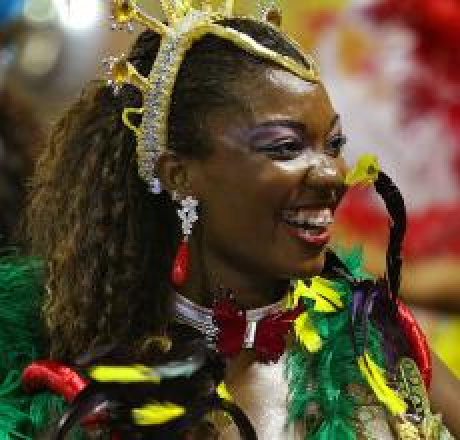 Rio gets all the kudos when it comes to Carnival, but the biggest party of... 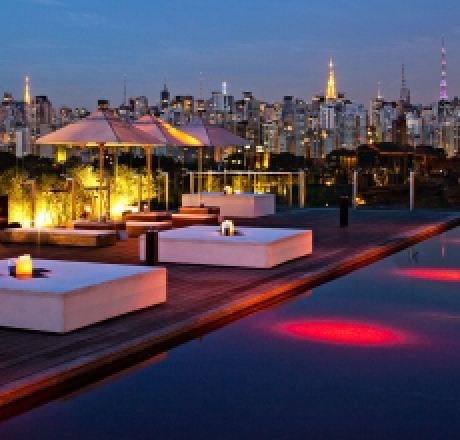 What better way to enjoy the sunset in São Paulo than from atop a hotel...