On the Coral Coast, visitors can now experience travel of a different kind. Staying at outback stations offers both a break from the city and a taste of life on the land.

The wave approaches like a menacing, mobile speed hump from the depths of the Indian Ocean. It warps around Red Bluff, where I stand on a craggy ancient reef platform. The turquoise wave rears up to double-overhead size before the spray from the whitewater sparkles in the sun and collapses over the lip. With shocking speed, a surfer rockets down the monster’s face into the jaws of its barrel. The wave peels and roars, and when the surfer emerges again, he’s yelling, high on the thrill.

It’s a unique place, and I feel lucky to be here. Looking back along this platform behind the arc of beach, I see our campground and the rusty ridge towering behind it. There’s a tiny cafe, a few permanent tents and my family’s camper. It’s not the usual infrastructure for a sheep station, but diversification into surf tourism has helped Tim and Sara Meecham, owners of Western Australia’s Quobba Station, to stay on their pastoral lease through good times and bad. For tourists like me, a station stay provides a connection to a grittier Australia, and experiences far removed from my suburban life.

Diversification is a hot topic for pastoralists. Many are managing land that has been historically degraded, and highly variable and changing climate patterns make conditions tougher than ever. The Western Australian Government now allows pastoralists to apply for a permit to diversify into low-key tourism in order to supplement farming activities.

In this year of domestic-only travel, station stays are booming. It’s a chance to make connections with the people who produce our food in this vast state. Hitching up a rented camper, I hit the long road north.

Red Bluff at Quobba Station is my first station stop, some thousand kilometres north of Perth. Campsites stretch up the hill with uninterrupted views of swell lines and that spectacular headland.

This old-school surf base is a place for committed campers. You have to bring everything. Except mango smoothies – the cafe has those nailed.

Despite the wilderness, or perhaps because of it, this place is popular. The impressive waves make Red Bluff a surf holy grail – even movie stars are drawn here. Sara tells me about the time Chris Hemsworth and Matt Damon, both keen surfers, dropped into Quobba with their families. “It’s the surf, the isolation, and the kids just played on the beach all day,” she says. “They’re craving that getaway as much as everyone else.”

We hike along the ridge of Red Bluff, enjoy sundowners on the beach and dig our toes into the sand to catch a feed of pippies. On a calm day, I snorkel out over the coral and rocky reef and catch glimpses of turtles and reef sharks that I assume are well fed.

This station provides other wild connections too, and 50 kilometres south along Quobba’s rugged coast we set up at the Quobba Homestead campsite, with the help of Elsie, Sara’s pet Damara-cross ewe who thinks she’s a human. My first task here is to savour an unexpected luxury: a hot bore-water shower.

Cleansed, I chat with Tim about the challenges of droughts and diversification. “This year we had a massive destock, because it’s been eight years of well below average rain,” Tim says. In extreme droughts, he’s been forced to cull the flock.

Tourism has provided a supplementary income at Quobba for decades, and started from a surprising place – land-based game fishing. The coast here flanks very deep water and, from the cliffs, fishers cast out using balloon floats to carry bait even further out to sea. “Tourism kept my folks alive through a couple of droughts too,” Tim says. “In the 1970s they were charging a dollar a night for a shower and a camp.”

We try fishing from a sheltered spot and manage to catch a modest dinner. Heading a few kilometres south, we explore the blowholes, where the ocean surges 20 metres up through gaps in the limestone. There’s shrieking as we’re drenched in salty mist. Nearby, we surf the beginner-friendly break of Black Rock, before snorkelling ‘the aquarium’, with its kaleidoscope of tropical fish.

The pandemic and a closed WA border have given Tim and Sara their busiest tourist season ever, and they believe demand will stay high for some time. Tim jokingly wonders how he accidentally came to manage a busy tourist business. “It can be hard work compared to dealing with a mob of a thousand sheep,” he says. “Give me the livestock any day!”

Sara is from New South Wales and, despite moving to remote WA, has a family connection here. One relatively close neighbour happens to be her sister, who also moved west with a Gascoyne pastoralist. Rachael and Justin Steadman are the owners of Wooramel Station, and their tourism diversification is Wooramel River Retreat, 200 kilometres south of Quobba.

Rachael’s smiling face belies the hardships of running a 143,000-hectare property through drought. The station no longer runs sheep, preferring cattle. Rachael tells me they tend to graze on top of the bushes, instead of uprooting the vegetation. But the drought has persisted and even the cattle have been destocked.

“We now just have to wait for rain,” she says.

I glance up at ominously black clouds, but even they are no guarantee. “It’s like we’ve got an umbrella over us,” Rachael adds.

The station is situated on the mostly dry Wooramel River, and striking white-trunked river red gums line the banks. With these ready-made shaded campsites, moving into tourism seemed natural. But the Steadmans have another tourist drawcard: hot artesian baths.

“If we hadn’t gone into tourism, we probably would have gone belly up,” she says. The costs of running a station are largely fixed, even during drought when there’s no stock to sell. “The diversity has made it a lot easier to make better decisions, rather than forced decisions.”

One of these conscious decisions is to conduct rehabilitation. As I’d turned off the highway to Wooramel, I’d noticed red dust spiralling skywards in a mini whirlwind. Rachael says that despite excluding stock from that area for around 15 years it hasn’t recovered. “That’s the mouth of the river, and that area is really fragile,” she says. Culverts under the highway have led to erosion.

Using old tyres, Rachael has made ponding banks, designed to slow running water and allow it to seep into the ground. Still, the vegetation needs more help.

“I’ve been making seed bombs,” she continues. “I’ll go out on the horse and seed bomb all the ponding banks.” The bombs contain clay, organic matter, seeds and charcoal, which protects the seeds from bacteria, and Rachael makes them in a cement mixer. After significant rain, she hopes these seeds will successfully germinate.

Despite the drought, this has been a mammoth tourist season – on some nights Wooramel has had 180 caravans in its camping area, and all accommodation units fully booked. Many people no longer seek out caravan parks. They have their own solar panels for power, and station stays often allow campfires. Rachael says her visitors are seeking another connection, too. “Everyone’s interested to know what it’s like to live on a station – our day-to-day lives, how big it is, what we run, how the kids are educated, how often we get to town,” she explains.

Aside from the artesian baths, Wooramel offers guests a 70-kilometre self-guided 4WD trail and twice-weekly hosted camp dinners. “People come and sit on the grass or at the big tables, we have a bit of music, and I cook and chat with people,” Rachael says.

The quirkiest attraction here is an outdoor gallery of wacky sculptures made from a hundred years of station waste. “There are cars, there’s refrigerators, and there are lawn mowers and lots of little bits I can’t even recognise,” she says.

As the day ends, I test Wooramel’s artesian baths for myself. Set in landscaped decking, the four circular hot tubs contain happy travellers, all soaking and chatting in the magnesium-rich, 33-degree waters. I take a seat between some grey nomads and we chat about various station stays, swapping stories about the experiences on offer. Sinking lower in the hot tub, I fancy I can feel the minerals seeping into my bones.

A pale moon is rising into the purple twilight sky as corellas and galahs make their evening ruckus in the river red gums. Poddy calves are being fed and camp meals prepared. Behind the scenes, the station work goes on.

Connecting with tourists is helping these stations stabilise their income, allowing the pastoralists to run a sustainable grazing business, now and into the future.
For the traveller, staying at stations like Quobba and Wooramel provides a unique experience available nowhere else. I’m grateful for this deeper connection to outback life. And if soaking in this bath under an outback evening sky helps an Aussie pastoralist then sign me up again for next year.

You’re looking at a 12-hour drive from Perth to Red Bluff campsite, 1,020 kilometres away. Quobba Homestead campsite is 966 kilometres from Perth, and Wooramel Station is 774 kilometres. Alternatively, fly to Carnarvon from Perth with Regional Express and pick up a hire car.

Red Bluff at Quobba Station has campsites, rustic shacks and bungalow safari tents. There’s a cafe and basic supplies are available, but you have to bring everything, including water. Quobba Homestead campsite has both unpowered and powered sites, with access to hot showers, a tennis court and a camp kitchen. Accommodation is available in station buildings, including the shearer’s quarters, and oceanfront chalets. Wooramel Riverside Retreat offers unpowered campsites, basic on-site tents, eco-cabin tents and self-contained units for four people. Supplies and homestead hamper meals are available.
quobba.com.au
wooramel.com.au

A 4WD is not necessary for Wooramel, but advised for Quobba. The best time to visit this part of the Coral Coast is between the cooler months of April and October.
australiascoralcoast.com 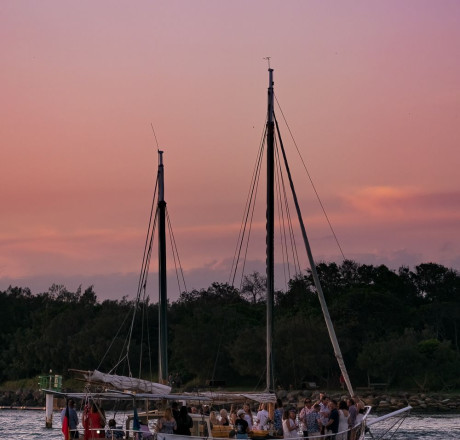 The idea of cruising down the Mooloolaba canals, eating the...

The idea of cruising down the Mooloolaba canals, eating the famous Mooloolaba prawns while... 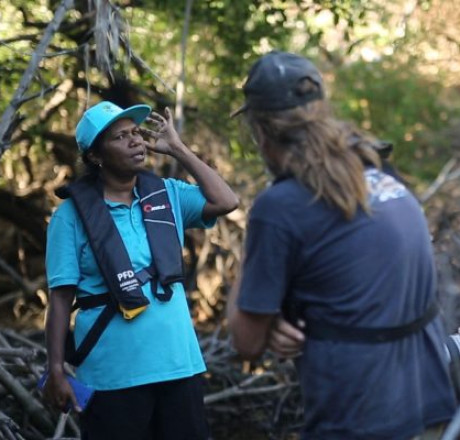 We’re not sure there’s anywhere more tranquil than... 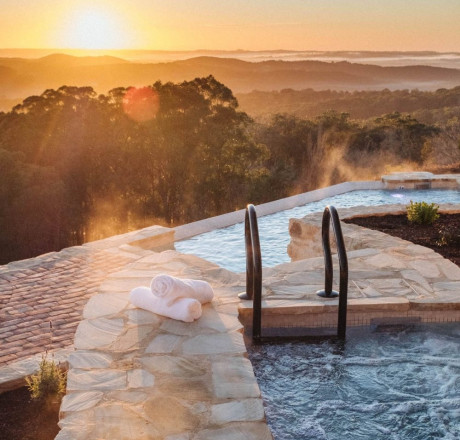 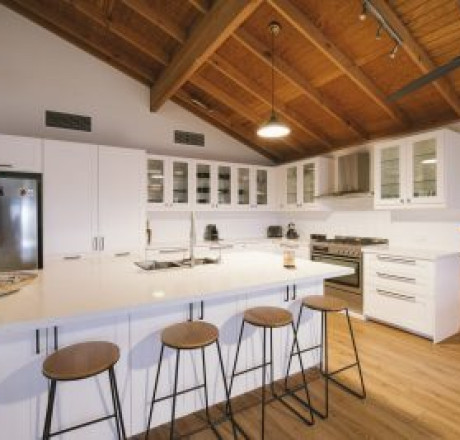 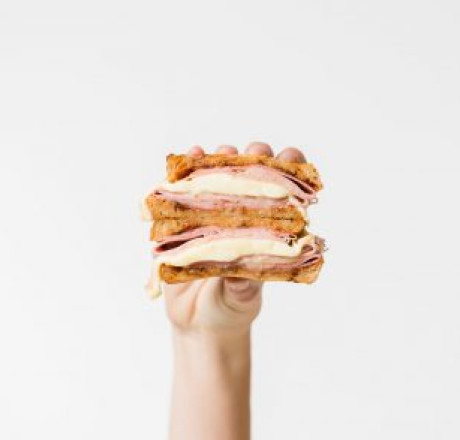 What happens when two chefs that have worked in a swathe of... 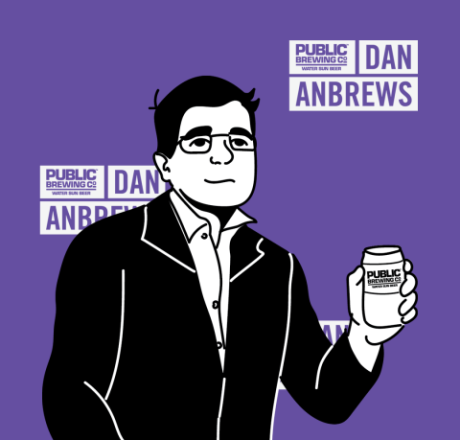 It’s time to get on the beers. Public Brewery Co have...

It’s time to get on the beers. Public Brewery Co have released a limited number of Dan... 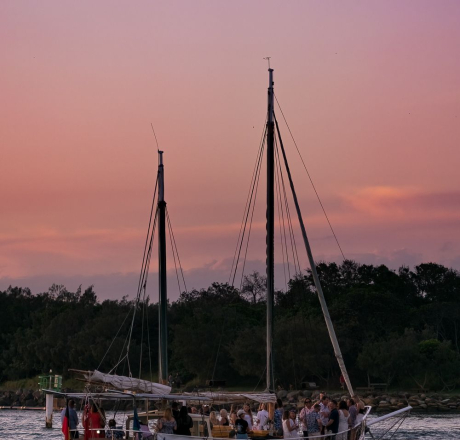 The idea of cruising down the Mooloolaba canals, eating the famous Mooloolaba...

The idea of cruising down the Mooloolaba canals, eating the famous Mooloolaba prawns while... 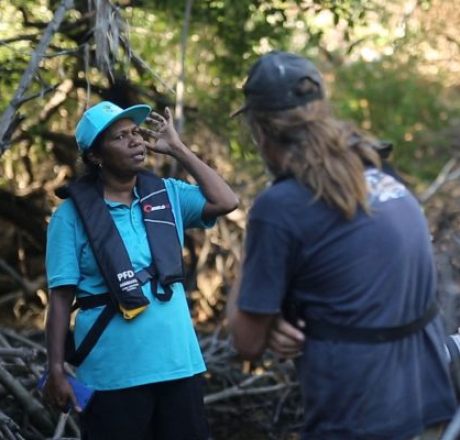 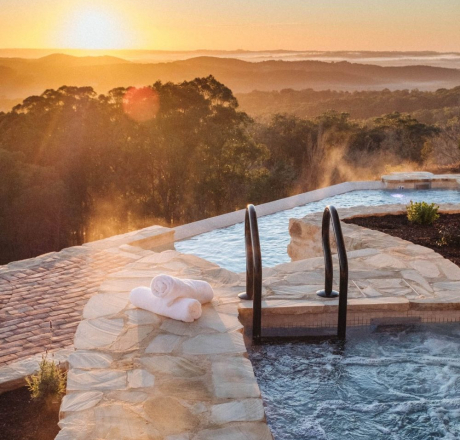 There are FOUR (count em, four!) world class wine regions within a 50... 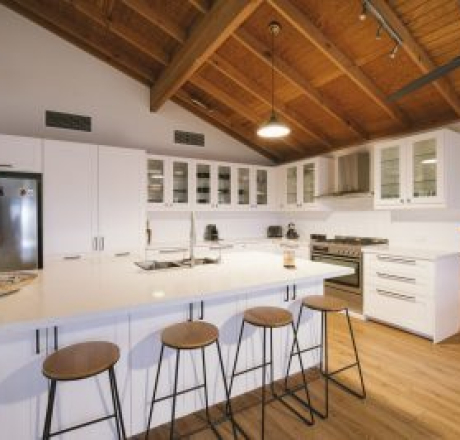