The 5 Most Beautiful Forests in the World

The 5 Most Beautiful Forests in the World

Get an eyeful of nature’s extraordinary diversity when you visit our these fascinating woodlands, parks and more.

If Trees Could Talk
Japan

Come face to face with Japan’s oldest living trees. The UNESCO World Heritage-listed forests of Yakushima are inhabited by flourishing yakusugi, also known as Japanese cedar, some which are believed to be more than 7,000 years old. To ensure the natural growth of these magnificent trees remains undisturbed – they’re also the habitat of many animals including Yaku macaque monkeys and sika deer – trails have been created to wind around the tangled roots and mossy stones. With miles of terrain to cover, you have every chance of getting a glimpse of these local creatures in this magical place. To access the island, you can either jump on the ferry or fly directly into Yakushima airport. For adventurous visitors who want more than a day trip, there are cabins available within the forest that can be used by night hikers and campers.

Along the ancient paths of the infamous Silk Road lies the untouched beauty of Kazakhstan. Far from the tourist trail, these lands have remained a well-kept secret, none more so than the mystical Lake Kaindy, which sits 2,000 metres above sea level. In the early 1900s, when a vicious earthquake struck and a limestone landslide ensued, the gorge became blocked and eventually water cascading down from the mountains above formed the 400-metre-long lake, swallowing dozens of Asian spruce trees along its banks. Infused with limestone deposits, the water’s seemingly unnatural greenish-blue hues are punctured by stark white tree trunks that cast eerie reflections in the glassy surface. Below the surface leaves still cling to their branches, preserved by the lake’s cold temps. With multiple companies offering tours to Lake Kaindy and the breathtaking sights surrounding it, this forest is well worth the hike.

Gone With the Wind
Poland

The peculiar trees in Poland’s Crooked Forest in Krzywy Las look more like an upside-down question mark – it’s a fitting shape for the puzzling place. Shrouded in mystery, the trees were planted in the 1920s and 30s, however the question behind the warped shape of these pines, while largely debated for decades, remains unknown. Some theorise tanks passing during World War Two pushed them aside and they have been stuck ever since. Others believe they were covered by a heavy snowstorm in the early years of their lives and, when spring came, they could no longer stand tall. Surrounded by a larger forest of straight growing pines, the true reason is likely to remain a secret. A half-hour drive from the city of Szczecin in Poland’s northwest, the forest is easily accessible for those who are keen walk among the unusual formations and ponder the theories of this fascinating enigma.

Sculpted by water over many millennia, gouging the earth’s rock and soil, Tsingy de Bemaraha is a forest unlike any other. Vast caverns and jagged limestone karsts pucker the land, some peaking at a hundred metres tall, like something straight out of an Indiana Jones movie. While the landscape appears unforgiving, this geological phenomenon and UNESCO World Heritage Site on the west coast of Madagascar is home to a range of wildlife – simply peer down into the cavernous depths of the tsingy where vegetation has taken root for a glimpse of lemurs, birds and reptiles, many of which don’t exist anywhere else in the world. The unfriendly terrain and its location also means much of the forest has remained mostly untouched by humans, which has ensured the preservation of this stunning landscape. Don’t fret though; this doesn’t put it out of your reach. Despite the tough environment, a series of ladders, suspension bridges and trails have been laid out, each with varying levels of difficulty. There are also guides for hire at the park’s entrance to help keen adventurers tackle the peaks. Just don’t look down. 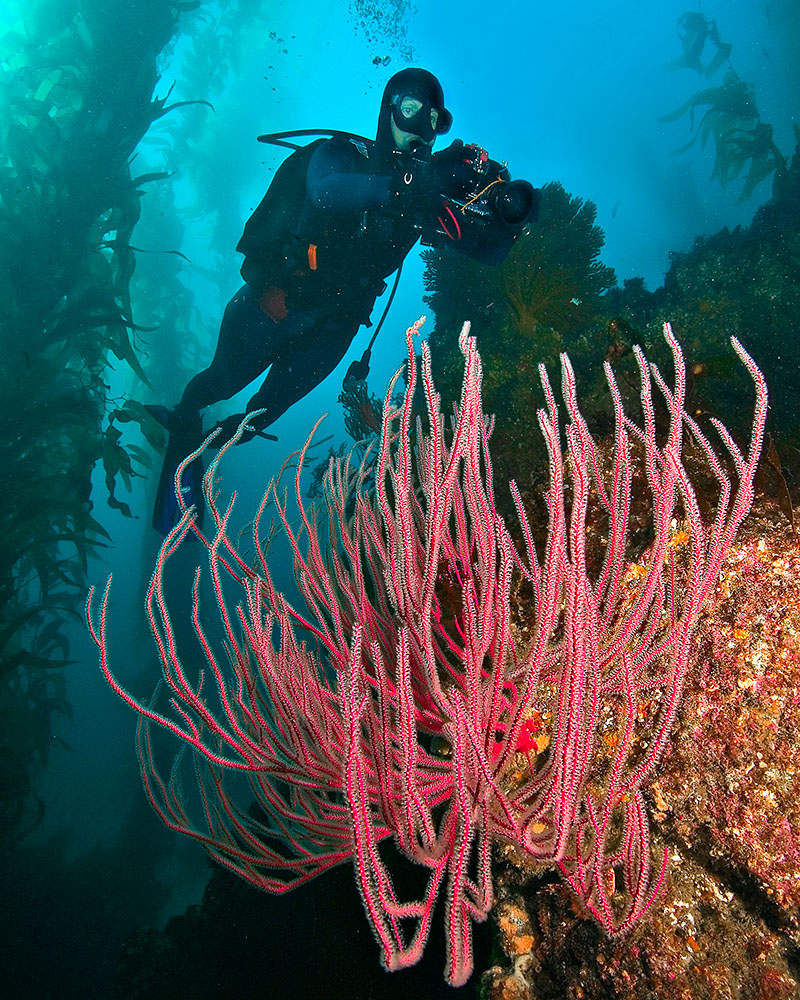 The kelp forest of California’s La Jolla Cove is best explored on a dive. Click to view gallery

The Upside Down
USA

Although unassuming from the surface, La Jolla Cove hides more than just a colourful array of marine life. Sprouting from the rocky reefs that blanket the ocean floor, with stalks reaching between nine to 25 metres in height, is a stunning kelp forest. Swaying dreamily in the underwater currents, flashes of red and orange-hued fish and colourful reefs are a vibrant contrast against the green and brown kelp. If you’re lucky, you might even spot an excitable sea lion twirling through the tall stalks. The only way to truly experience it is to suit up and take the plunge. As you glide between the long, rippling ribbons of kelp, you’ll feel as though you’ve left the world behind and entered the pathway to Atlantis – not bad for a place just a 20-minute drive from the busy streets of downtown San Diego. There are a number of dive companies that offer guided scuba tours of the spectacular aquatic world, so you’ve got plenty of opportunities to experience it.