Find yourself underground and overwhelmed at these amazing attractions.

Cocktails in a cavern
Makarska, Croatia

After a day spent splashing about in the sparkling water of a beautiful cove on the Makarska Riviera between Split and Dubrovnik, head to Club Deep, set in a natural cave formation that also served time as a weapons depot during World War II. There’s a great sun terrace outside – perfect for catching those last rays while enjoying an ice cold Karlovacko – but things get started much later in the evening (usually at about 11pm) when local and international DJs turn up the volume on the latest R&B and house beats. Be warned: when this place is crowded – and since it’s popular with cruises on this part of the coast it often is – it gets really hot. Luckily, no one seems to be too bothered about dress codes.
deep.hr 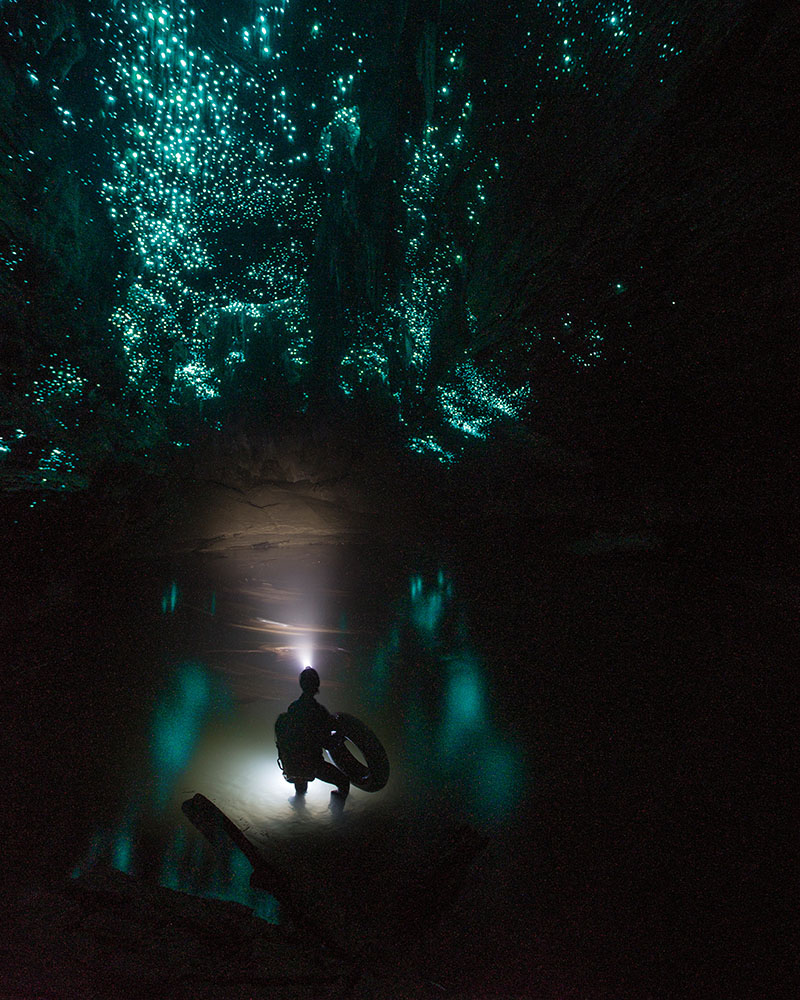 As far as having fun in the dark goes it doesn’t get much crazier than this. Pull on a wetsuit and, for the next three hours, climb, clamber and coast through Ruakuri Cave on the North Island. For part of the journey with the Legendary Black Water Rafting Co you’ll be taking the plunge over underground waterfalls, but there’s also the chance to kick back on your inner tube and float through limestone galleries lit by glow worms. Each tour, with a maximum of 12 adventurers, is led by a guide who’ll make sure you emerge safe and sound into the sunlight. The Black Labyrinth tour costs about AU$130.
waitomo.com

If you’re looking to escape the crowds, sun and everything green, why not head underground? This single suite is located 155 metres below the surface in a former silver mine. Guests are given a guided tour of the caverns on arrival – winter woollies are a necessity because the temperature hovers at around 2ºC – before being escorted to the suite to enjoy the peace and complete silence. There’s a bed tucked into one chamber and a dining area where wine, cheese and fruit await. The space is appropriately decked out in silver-hued furniture and candlelight adds a touch of romance. There are a couple of down sides: no mobile reception, although there’s an intercom to communicate with the world above; and the loo is down a dark tunnel (plumbing is a bit of an issue this far underground). The Sala Silver Mine suite costs about AU$750 a night.
salasilvergruva.se

In the heart of Minnehaha Regional Park in Minneapolis, you’ll find a creek that eventually cascades 16 metres into a pool not far from the Mississippi River. The Minnehaha Falls has been a top tourist attraction since 1855, when Henry Wadsworth Longfellow wrote about it in A Song for Hiawatha (you can see a statue of the co-founder of the Iroquois Confederacy not far from the falls). But for part of the year the water stops falling. In the depths of winter, it freezes up, creating a bright blue, glowing grotto. There are paths down to the falls and it’s quite safe to walk behind them and take photos.
minneapolisparks.org

All year round the Cuevas de Nerja are a popular Malagan tourist attraction. Remains found in them suggest they’ve been inhabited since about 25,000BCE and have, in the years since, been used for everything from farming to pottery production. But once a year they take on a much grander role, hosting the Festival Internacional de Música y Danza de Granada. The festival is held in June and July each year. Internationally renowned performers including Yehudi Menuhin, José Carreras and Dame Kiri Te Kanawa have all filled the caves with their soulful songs, while dancers from the Ballet Nacional de España and La Lupi Flamenco have soared across the stage.
cuevadenerja.es