Train travel is all the rage as a travel mode in the post-pandemic world, and rightly so; Not only is it sustainable, but get lost has always been of the opinion that the rails are an excellent way to peel back the layers of a country and find what's underneath.

We've compiled five of the craziest train journeys from around the world - fast, slow, wild and remote - you don't want to be late to the station for these.

NOTE: Not for the feint hearted.

The Sahara Freight crosses 700kms of desert and coast, sending iron ore from the middle of the World’s largest desert and dropping it (via Mauritiana’s capital Nouakchott) in the coastal town of Nouadhibou.

Climbing aboard the carriages filled with iron and taking it to your stop is considered an acceptable method of transport by the locals here. This definitely isn’t going to be the most comfortable of journeys, but it is as raw and unique, and otherworldly as you’re ever going to get. It’s the kind of journey that would appeal to extreme intrepid types, and if you find yourself in Mauritania in the first place, that’s probably you.

Check out Vlogger Fearless and Far’s journey below:

Germans love trains, responsible for many of the modern train technologies that are currently being implemented right around the world, and with several of the best subway systems anywhere in Europe.

They love techno music as well – you only need to pop into Berlin for a night or two for evidence of this.

It was only a matter of time then, that they married the two; in 2019 the ‘Techno Train’ was born.

After gaining popularity rapidly, COVID halted the train’s course, but a return to the tracks is set for October this year.

The train is essentially a hectic German nightclub within the confines of a seven-hour journey through Bavaria. There’s 11 carriages; two dedicated to smoking one for chilling out, and eight for DJs and dancing. What a great ratio. 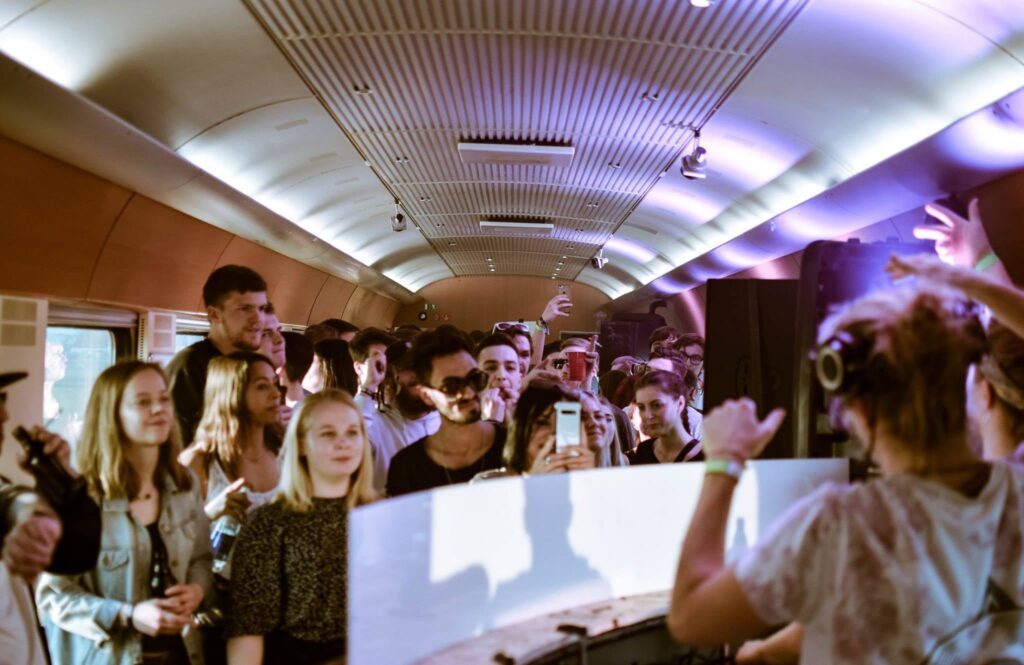 The word ‘Express’ in the title of this line is maybe a little misleading here.

But while it might lack in pace, and grandeur, it makes up for entirely when you look out the window. The train passes over no less than 254 bridges, and when you’re not passing through several 7-kilometre-long tunnels, you’ll get the relatively unexplored Balkan landscape: stunning mountainous terrain, crystal clear lakes and the Adriatic coastline.

Starting in the heaving Serbian capital, Belgrade, you’ve got the choice of finishing in either Bar or Budva, spectacular coastal towns in Montenegro that offer partying and relaxation in equal measures, depending on what you’re after. 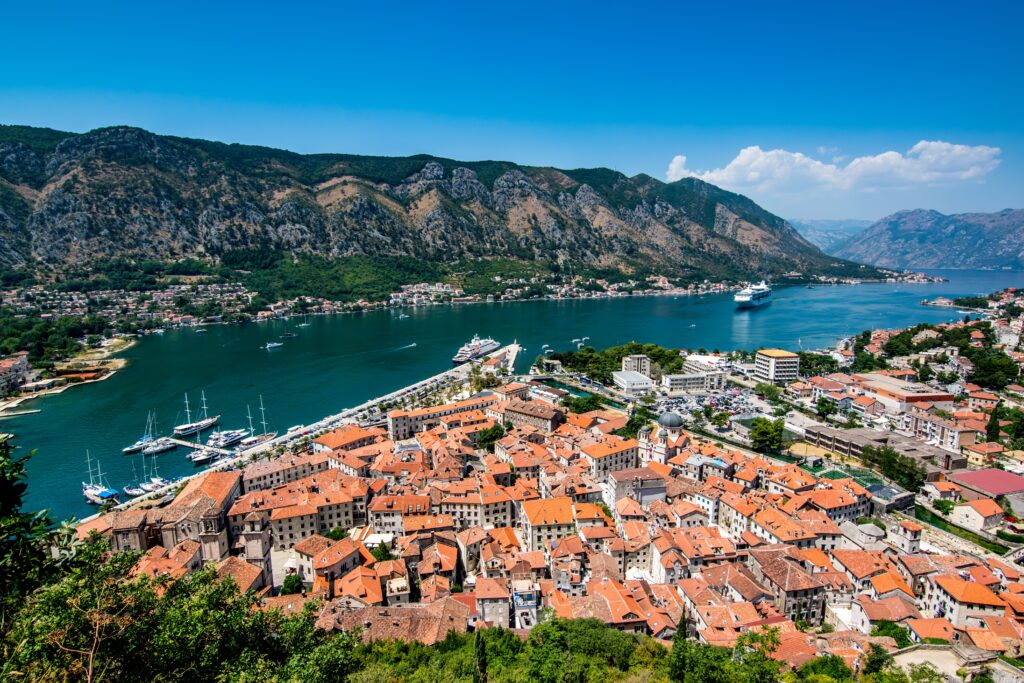 At a mind boggling 460 kilometres per hour, the Maglev is a good 110kph faster than it’s nearest rival for fastest public train on the planet. It crushes the 30 kilometre journey from the Shanghai's Pudong airport to the city centre in just seven minutes.

If that doesn’t wig you out, then get this: the train uses magnetic levitation technology, meaning you’re not actually ever touching the steel railway, more floating above it.

Are you then on a train at all? Or should this be considered flying? One things for sure:  this doesn’t count as ‘slow travel’. 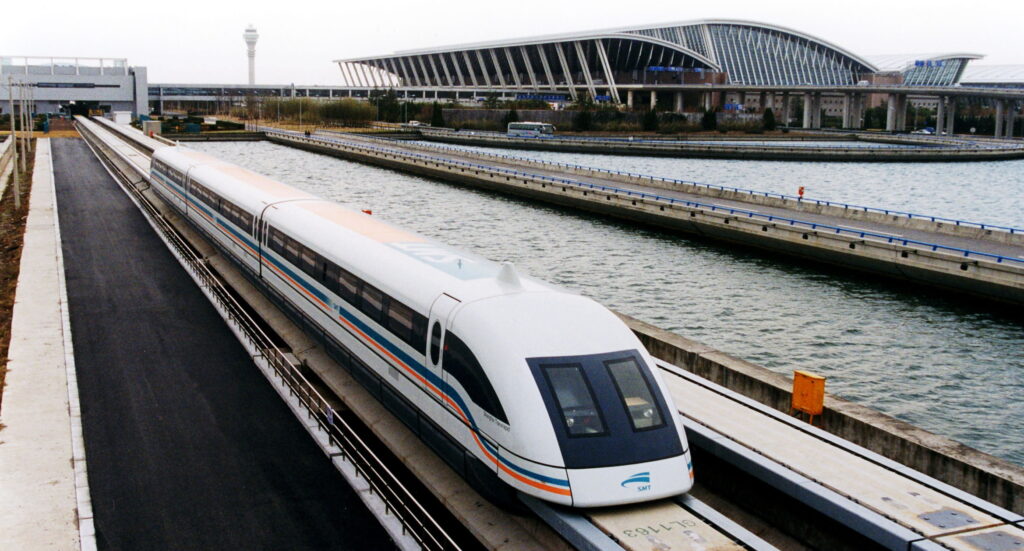 Toot Toot! All aboard the G-Train!

O.K, you can’t actually board this train yet. But you can buy it.

Thierry Gaugain's extraordinary concept, which is being called the 'Palace on Wheels' - a kind of modern take on the world famous Orient Express.

Gaugain is a super-yacht designer, and he is now bringing that level of luxury to tracks. The train will feature sleeping space for 18 guests, a party carriage, and several carriages with all-glass exteriors (we hope they don't go through any rough neighbourhoods).

The thing that is amazing about the G-Train is that it is being sold as a private train - imagine owning your own train!

Gaugain is looking for buyers - so if you’re in the market for a train, and you've got a cool AU $486 million to spare, get in touch. 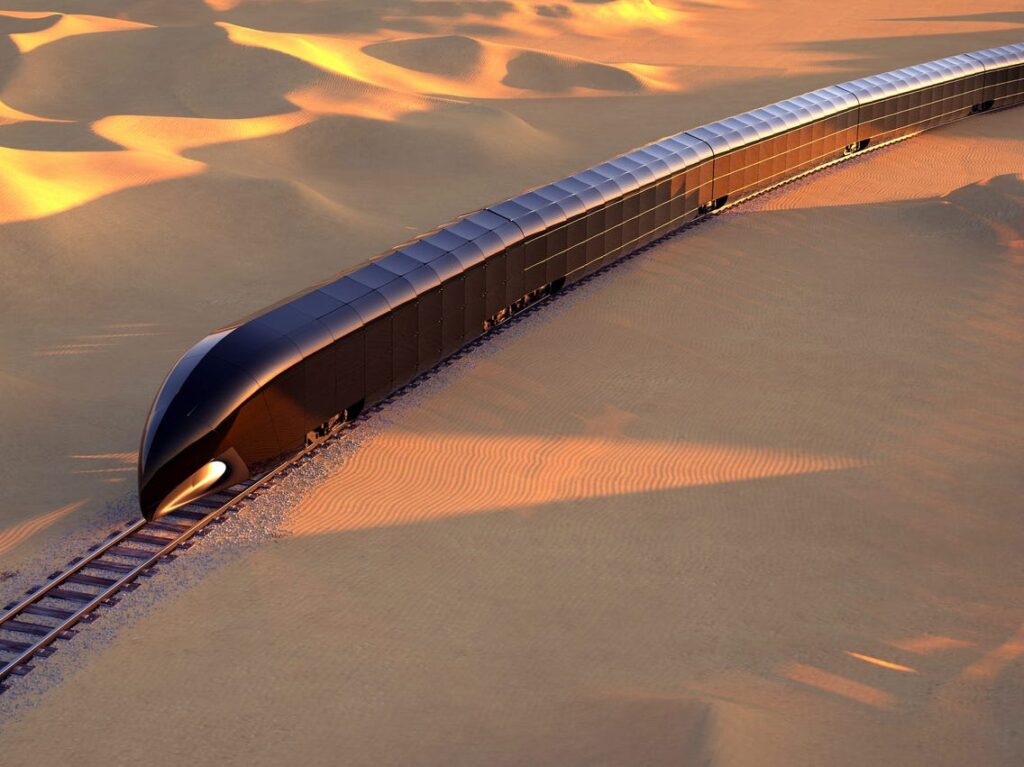