Where Tigers Leap and Development Creeps

Where Tigers Leap and Development Creeps

Richard Shaw examines the development that is changing the site forever while Juliet Coombe takes in the spectacular scenery still offered by the gruelling high road trek.

The Tiger Leaping Gorge, where the Yangtze River carves through the mountains of China’s Yunnan Province, is a breathtaking attraction for travellers to the region.

Qiaotou is an unlikely place for an Australian woman to call home. Yet this damp, drab one-street town in the northern mountains of southwest China’s Yunnan Province is where Margo Carter, a former Sydneysider in her late forties, resides. Qiaotou is perched on the banks of the Yangtze River, just before it forces its way through two monstrous mountain ranges in what is the world’s deepest gorge.

From the gushing muddy waters below to the peaks that rise above, the Tiger Leaping Gorge, or Hutiao Xia, rises a staggering 3000-plus metres. Margo arrived a few years ago to trek through the gorge and fell in love with it. She married a Tibetan man, Sean, who runs a guesthouse along the trek route, and is still here.

Experiencing the gorge previously required a walk along the old miners’ path that hugs the contours of the northern Haba Mountain range. Overlooking the Yangtze and with breathtaking views of the Jade Dragon Snow Mountain on the southern side, the path passes through some delightful traditional Naxi villages (one of China’s 55 ethnic minorities). A two to three day hike, it is certainly not for everybody. Frequent steep climbs require a moderate degree of fitness.

The so-called ‘28 bends’ is a seemingly neverending steep ascent destined to turn anybody’s calves and thighs to jelly. After heavy rainfall, the path can be particularly dangerous and a number of trekkers have died. Despite the hazards, almost everybody who comes to visit the nearby popular holiday destination of Lijiang wants to see this spectacular gorge.

As the Chinese economy continues its unprecedented growth, generating an emerging affluent class, the numbers of domestic Chinese tourists visiting places like Lijiang increases astronomically each year. To meet this demand, the Yunnan government blasted a road along the bottom of the gorge that will eventually run from Qiaotou to Daju, some 30 kilometres away. The road offers close-up views of the river and dramatic rapids where the gorge narrows so considerably that a fable has it that a tiger once leapt across it to avoid a hunter. Buses now use the road to whisk tour groups quickly in and out of the gorge enabling those unfit for or uninterested in the trek to take their ‘I’ve been there’ snapshots.

For many Chinese the idea of independent adventure travel remains alien. Most prefer in-and-out organised tours, typically following a guide who holds a group-identifying flag aloft. The accessible Low Road to the gorge offers a very different experience to the demanding High Road path and draws a different crowd. Trekkers on the ‘High Road’ are likely to be foreign, preferring the freedom of this route. Occasionally greeted by magnificent cascading waterfalls and steep drops, the path hugs tight as it twists and turns along the mountain face. Many trekkers opt for the best of both worlds. They take the High Road from Qiaotou and enjoy the stunning views and meet the locals en-route and then return along the Low Road for a closer glimpse of the Yangtze. 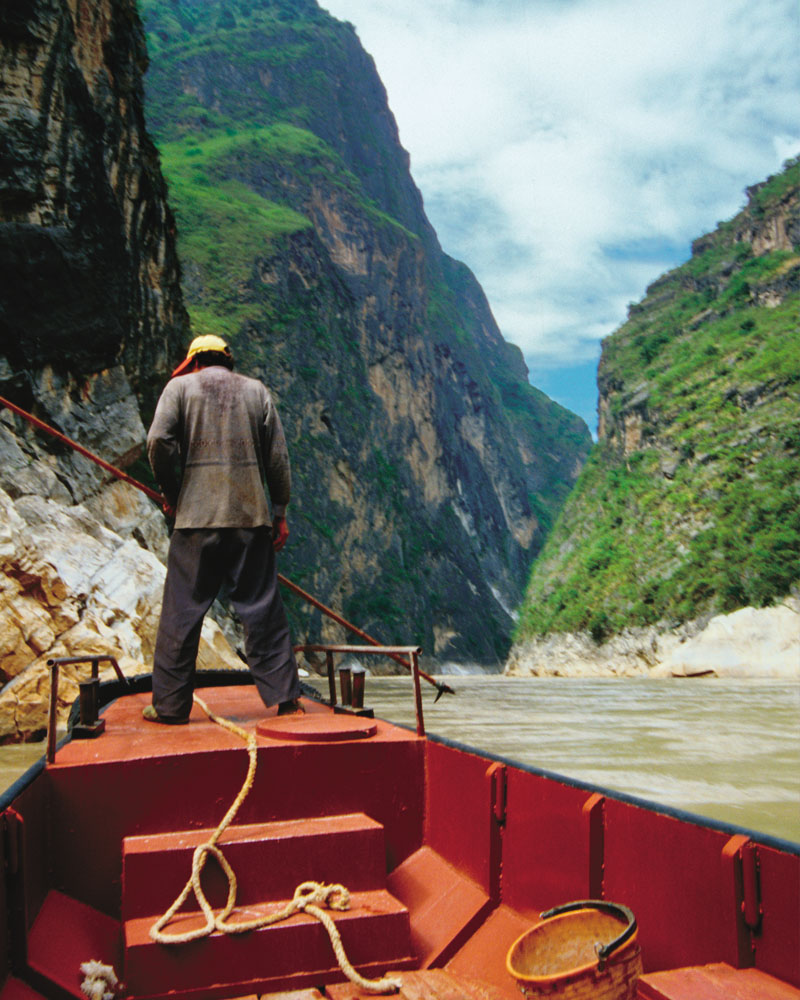 Back in Qiaotou, Margo is operating the Gorged Tiger Cafe, popular with travellers returning or about to embark on the gorge trek. Margo and her husband Sean, who has also been guiding Intrepid Travel groups through the gorge for years, are quite vocal in their opposition to developments in the gorge. At present, High Road and Low Road gorge visitors can be unaware of each other’s existence. According to Sean, this peaceful co-existence has been under threat for some time. When works on the Low Road were in progress, occasional explosions echoed through the gorge and punctuated the serenity of the valley.

In China, tourism often equates with development and Sean says the company managing the gorge has plans to increase accessibility. These include a resort, complete with golf course, and a cable car running through the gorge. Rumours that the gorge is to be dammed are also rife. Margo says officials from Yunnan State Power have made a number of visits to the gorge and the gorge could be dammed as early as 2008. Sean argues there should be only one future – the gorge’s unique beauty should be preserved. “Keep the gorge traditional,” he says. “More ecology tourism, bring tourist economy to countryside. The world has few places as good as the gorge.”

Looking up, I spy the imposing 18,000-foot Dragon Snow and Jade Snow Mountains. Looking down, it’s a long drop to a notorious 17-kilometre stretch of China’s Mother River, its raging waters at this section noted as “too dangerous for rafting”. Here, what is locally known as the Jinsha-Jiang, the River of Golden Sand, has sliced like an ancient sword through the towering mountains of Yunnan Province to form what is known in the west as Tiger Leaping Gorge.

I strap on my boots and set off to tackle the route that takes walkers through what is said to be the deepest river-gorge on the surface of the planet. I watch on as goats clamber down barely-there tracks, their hooves causing an avalanche of stones to cascade into the valley, and I wonder if they should rename the area Clumsy Goat-Leaping Gorge.

Being a city girl, I hate walking at the best of times and in the rain I can’t think of anything worse. I repeat travellers’ clichés like mantras as I start clambering over rocks: ‘Suffering is character building’; ‘Today’s discomfort is tomorrow’s dinner table anecdote’. Neither alleviate any discomfort as I slip and slide over rocks and jump across sheer drops.

Tiger Leaping Gorge is a challenge for experienced walkers. Most maps are vague and paths often fork off into five or so options. Trekking its length requires a lot of scouting and it’s easy to become lost. Even the bright yellow arrows delineating the path to the middle-mark village of Walnut Grove are hit and miss, as in some places they vanish altogether.

At one such intersection I decide to follow the path into Ben-di One Village as marked on my hand-drawn map. When the locals fail to understand my (very) broken Chinese, I’m at a loss. Showing them my phrase book simply makes them laugh and after they rotate it in every direction I realise that most of them cannot read. Smiling and laughing they point to a path, and so on I walk. After half an hour of passing women returning from the fields with baskets full of bamboo, I begin to worry. Not a yellow arrow in sight and I seem to be returning in the general direction of Qiaotou, the town where I began.

Struck with panic, I decide to backtrack and explore other paths that passed by the village. Within minutes of leaving the settlement I find a marker under an overgrown bush, a splodge of vibrant yellow paint splashed across the craggy old boulder pointing to the right-hand path. Further along there are more distinctive arrows, which are easier to follow. After another half hour, the views of the aquamarine gorge surpass superlatives in equal but opposite measure to the path that disintegrates altogether in places. I stop to catch my breath and take some rain-swept photographs before beginning the two-hour ascent to the high point.

From here, the trek feels more like the beginning of a Bond movie with knife-edge bends and sheer drops into the abyss. It’s 3,500 feet down into the rocky gorge – no-one would survive the fall. The wind blows and a waterfall cascades across the main path. After seven hours of walking, every bone in my body aches but there is no going back. The sun comes out just as my spirits fade to nothing, the light rallying my weary body. I am facing the hardest section yet with another descent that has my knees bending at the strangest angles. When the yellow arrows suddenly turn into adverts for guesthouses, I’m grateful for the respite.

Thai Airways has flights to Kunming, Yunnan’s capital, via Bangkok. From Kunming, regular flights and buses head to Lijiang. It Is another 2-3 hours from Lijiang to Qiaotou by bus.
thaiairways.com

Visitor Information: There is a 20RMB fee to do the ‘High Road’ trek, payable in Qiaotou. Various guesthouses are situated along the ‘High Road’ route where visitors can inexpensively stay, eat and stock up on supplies of water.

Intrepid Travel has a tour of southwestern China that includes the trek through the Tiger Leaping Gorge.
intrepidtravel.com 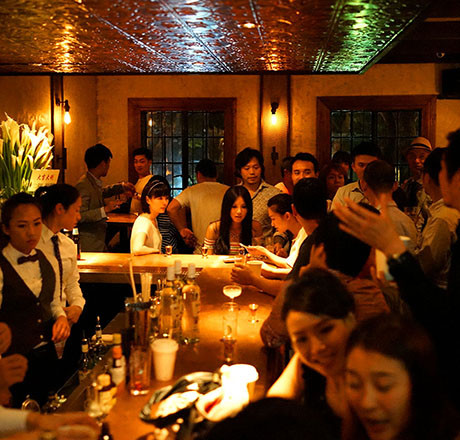 You must first weave through a shop selling bartending...

You must first weave through a shop selling bartending equipment before you can enter this... 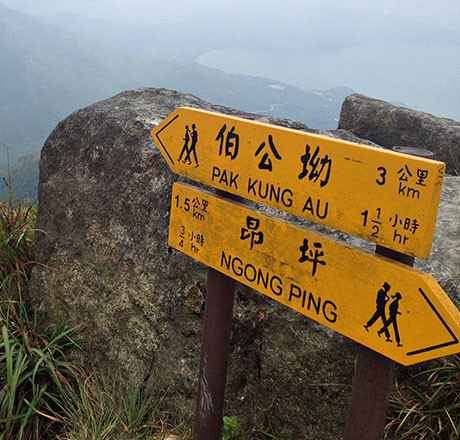 Hong Kong’s largest island is just the scenic spot you need to add to your next city... 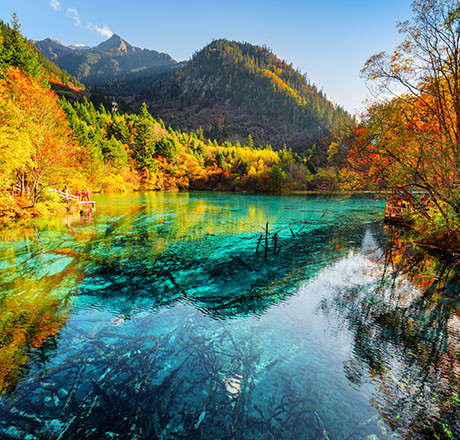 So impressive is the nature reserve and national park of...

So impressive is the nature reserve and national park of Jiuzhaigou, located in the... 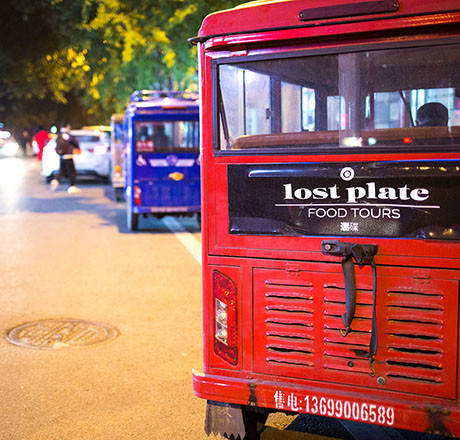 Food: it’s an important part of China’s culture. In...

Food: it’s an important part of China’s culture. In Beijing, there is an array of... 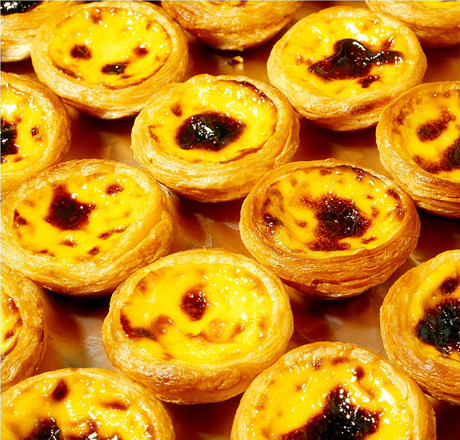 If you want to really know Macao, let your stomach lead the...

If you want to really know Macao, let your stomach lead the way. Just a stone’s throw... 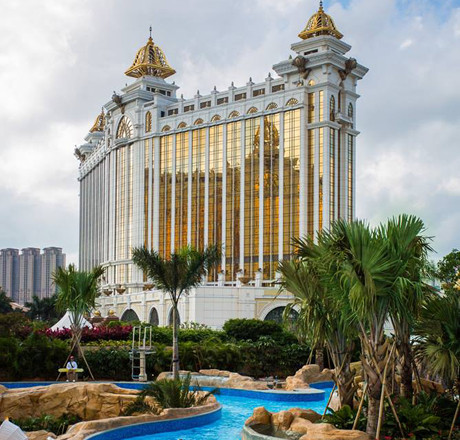 For a city that's often touted as the 'Las Vegas of Asia',...

For a city that's often touted as the 'Las Vegas of Asia', it's no surprise that Macau is... 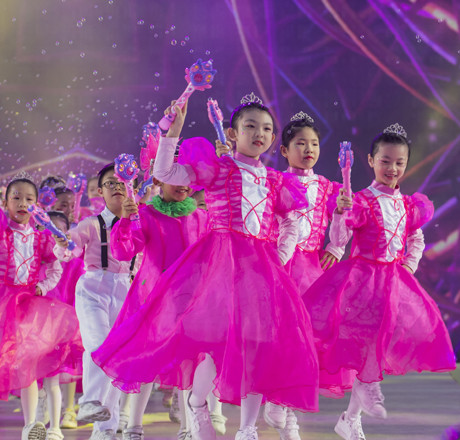 There is always something happening on Macau, a vibrant island...

There is always something happening on Macau, a vibrant island just a stone’s throw from... 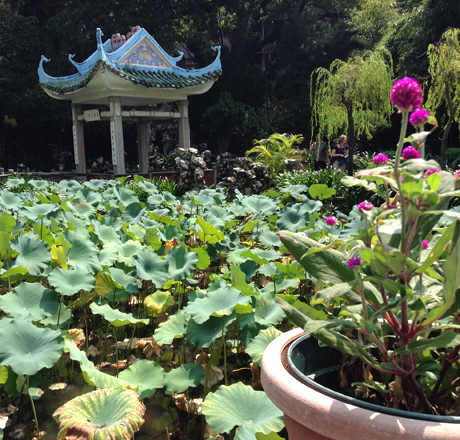 For a centre considered one of the most densely populated in...

For a centre considered one of the most densely populated in the world, Macau has its... 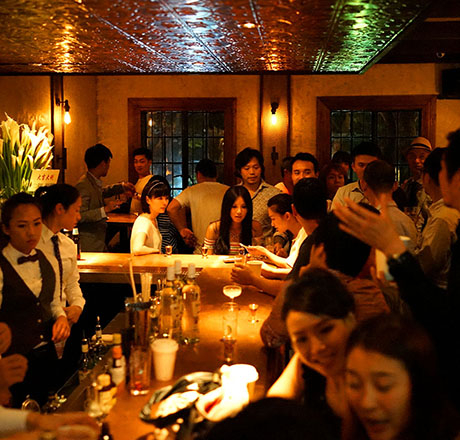 You must first weave through a shop selling bartending equipment before you...

You must first weave through a shop selling bartending equipment before you can enter this... 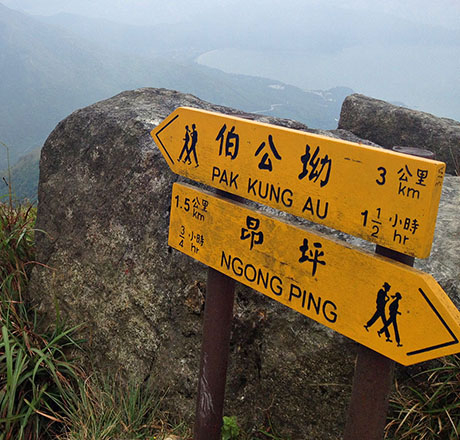 Hong Kong’s largest island is just the scenic spot you need to add to your...

Hong Kong’s largest island is just the scenic spot you need to add to your next city... 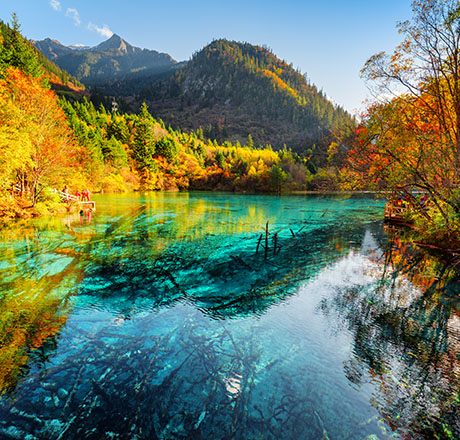 So impressive is the nature reserve and national park of Jiuzhaigou, located...

So impressive is the nature reserve and national park of Jiuzhaigou, located in the... 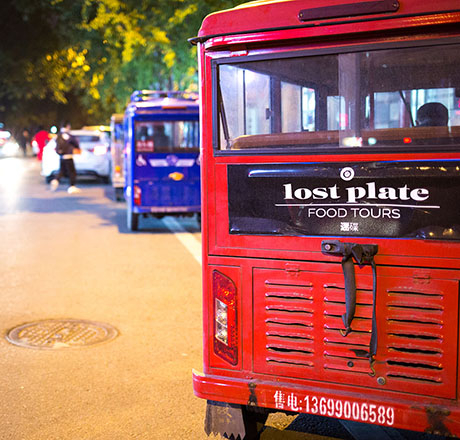 Food: it’s an important part of China’s culture. In Beijing, there is an...

Food: it’s an important part of China’s culture. In Beijing, there is an array of...