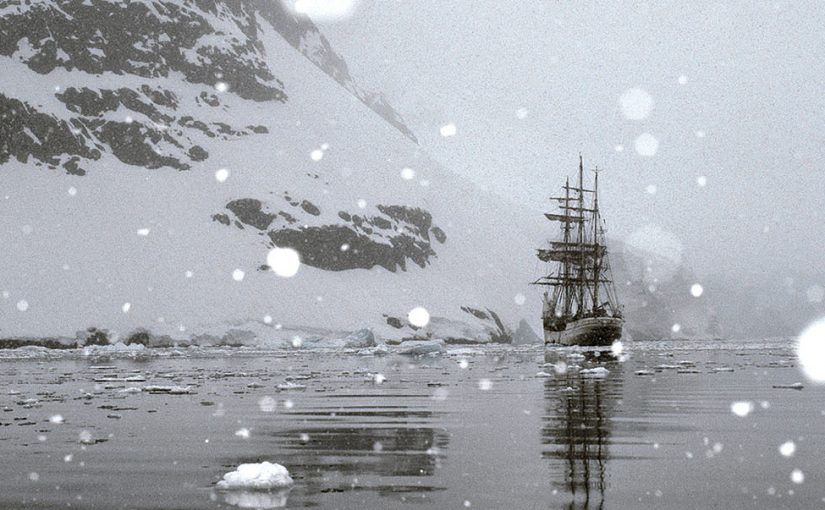 Scott, Shackleton, Amundsen…
In the early 1900s, these were the men who attempted to find a route from the Antarctic coastline to the South Pole. In 1911, Norwegian Roald Amundsen was the first to make it. He called his camp Polheim and claimed the land around it for King Haakon VII of Norway. Thirty-four days later, unaware of Amundsen’s expedition, Robert Scott and four companions arrived at the South Pole. All five of them died of extreme cold and malnutrition on their way back.

Sailing ship Bark Europa was built in 1911, at about the same time as these pioneers gave their lives to explore this unknown continent. Photographer René Koster, fascinated by their stories, set out on the vintage ship for a three-week journey across the Drake Passage and through the ice-filled Antarctic landscape capturing what he saw.

Unlike the photographers who travelled with the explorers to report back on an uncharted land, Koster decided to work in colour to allow the landscape of grey to enhance the vivid blue of the ice surrounding him. Each of the images was an attempt to capture the desolation and stillness he observed. 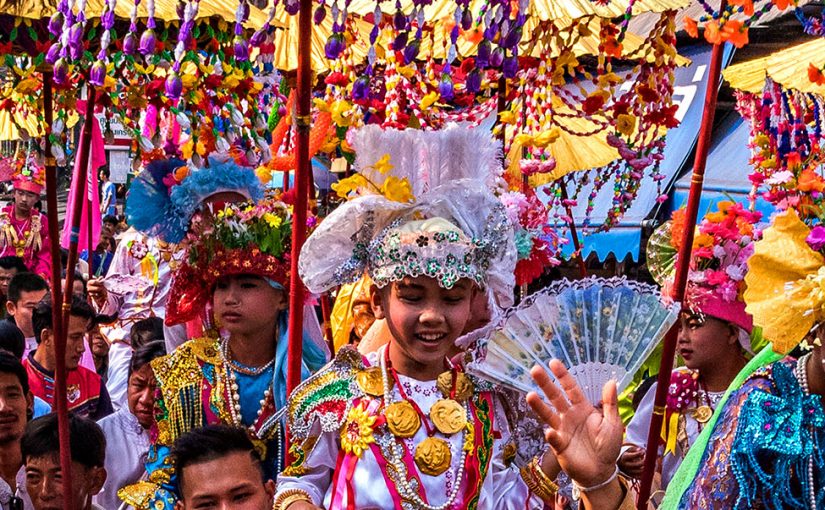 Cherry blossoms twist through the back alleys of Northern Thailand, while young novices venture out of temple grounds to collect alms from donors. Springtime has arrived in Mae Hong Son, one of the country’s most remote provinces. With its mountainous scenery and dense jungles, it’s a tranquil place where a genuine spirituality is expressed by its inhabitants.

Despite the overarching unity of Thai culture, all regions have their own unique practices influenced by the ethnic minorities who live along the borders with Myanmar, Lao and Cambodia. For several generations, the Shan people have neatly integrated into Thai society with Theravada Buddhism as their main doctrine. At the same time they have cultivated a contrasting rite of passage inspired by the historical tales of Buddha’s son Raˉhula. Every year between March and April, the Shan send their beloved sons into the monkhood to study Buddhist principles for a limited time. First, however, the minors must experience the royal life of a prince so that they can fully grasp the vows of poverty and mindfulness. During the multiday extravaganza, called Poy Sang Long, parents pay homage to their sons and teach them an important lesson. 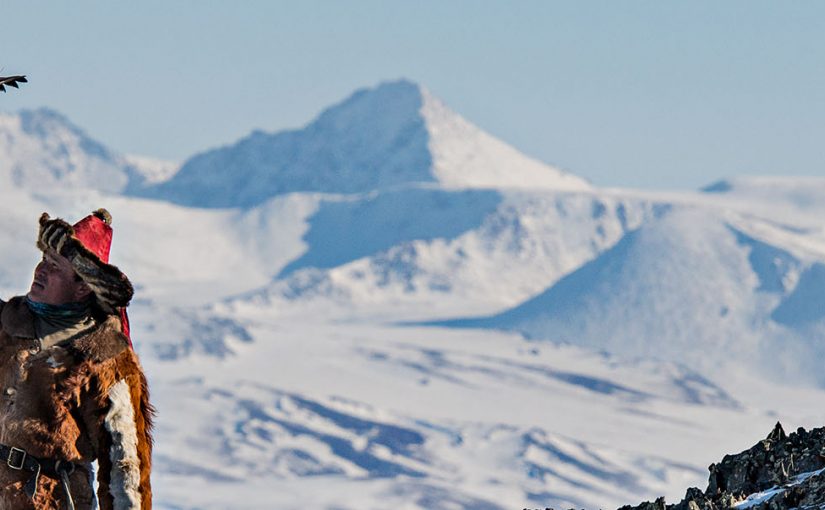 When winter begins to break in the Bayan-Ulgi district of western Mongolia, a centuries-old tradition takes place. The Mongolian Kazakh people, traditional semi-nomads, begin to move their families and huge herds of sheep, goats, cows, horses and camels to spring pastures. For five days they lead the animals on a 150-kilometre journey up the snowy Altai Mountains, which separate Mongolia from Russia. Only the strongest of the young men will ride beside and behind the herd, with the rest of the family forging ahead of them in trucks loaded with furniture and equipment.

But this movement from one region to another according to the season isn’t the only unique feature of the Mongolian Kazakhs’ heritage. They have also been domesticating and training golden eagles for 2,500 years. The huge birds, with wingspans of about two metres, are used to hunt foxes, wolves and marmots. Most hunting occurs during the coldest months of the year, when the animals have a thicker coat. During the summer, the hunters feed the birds well, but their food is reduced as winter grows ever closer so as to sharpen their hunting instincts. 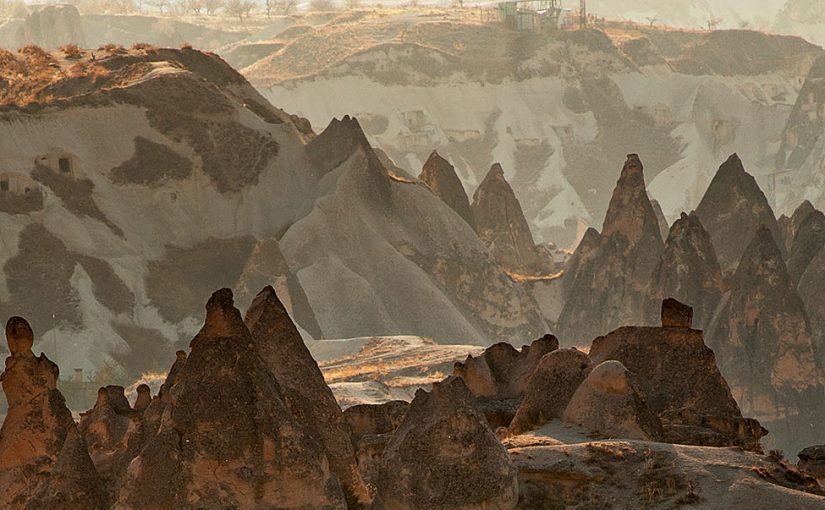 Today, many of the young people of Turkey have turned their backs on rural life and headed to cities like Istanbul and Ankara to find work and fun. Outside the major centres, local businesses are geared towards making a buck from tourism, but modern-day cowboys Ekram and Irfan have taken a different path and are keeping the horse-breeding traditions of Cappadocia alive.

When you meet travel agents in this part of the world, they’re usually quick to mention the name Cappadocia means the Land of Beautiful Horses before ushering you on to a balloon ride that flies above the fairy chimneys and rock formations. Ekram, however, doesn’t approve of the hot-air balloons that dot the dawn sky every morning. He lives in one of the region’s famous caves near his ranch and is known as the Horse Whisperer of Cappadocia.

Irfan lives in the next valley and often travels with Ekram to the mountains where they catch wild horses and return home with them. There they train the animals, using traditional methods and others learned from watching YouTube videos. The duo is keeping alive the horse-breeding heritage of Anatolia, which stretches back hundreds of years. 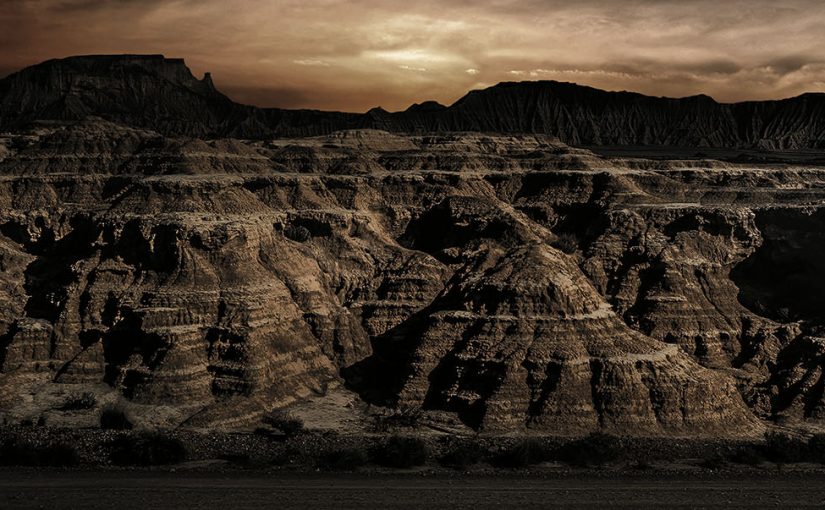 Photography by Serge Anton from his book, Faces, published by Lannoo Publishers.

In his newest book FACES he has compiled his collection of portraits. Capturing the character of locals from his countless journeys across Africa and Asia, FACES tells the stories of exotic, faraway cultures. A picture is worth a thousand words, and for Anton, it’s all in the detail; “the details in their eyes, the light sifting through the black-and-white images, the wrinkles that seem to reflect the wisdom of lifetimes…” 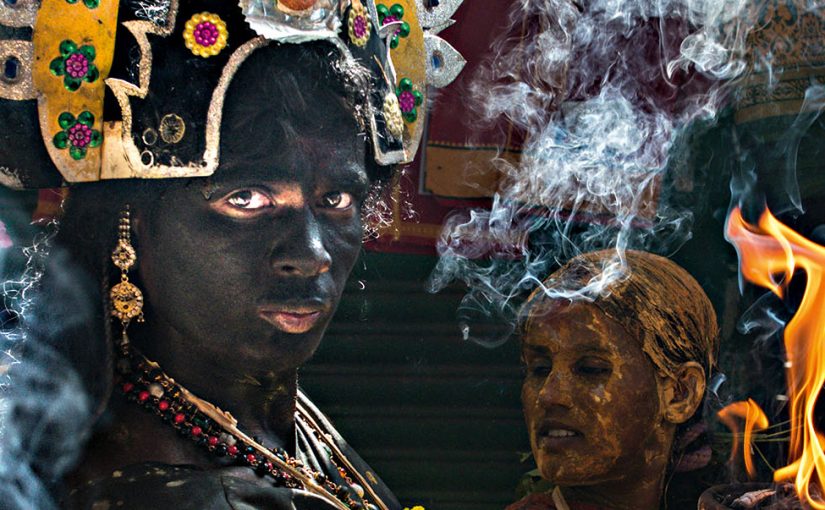 Every year, in the village of Kulasekharapatnam, in India’s south, the festival of Dusshera sees tens of thousands of people disguise themselves as gods and goddesses to pay tribute to Kali, the Hindu goddess who is known as the destroyer of evil. Many centuries ago, the villagers did not have metal to make idols, so they transformed themselves. The festival is celebrated over 10 days. For the first nine days they wander from town to village to beg and dance in honour of the deity. At dawn on the tenth day, the day of Dusshera, with the deafening sounds of the drums and in a thick fog of smoke, all the costumed participants converge towards the entrance of the Sri Mutharamman Temple. As they approach the sanctuary, their bodies stiffen abruptly and go into a trance. Languages burst from the mouth; eyes roll back; cries and grunts sound. Some embark on a furious dance, others remain face down, and some speak alone – they all believe the spirit of Kali possesses them. 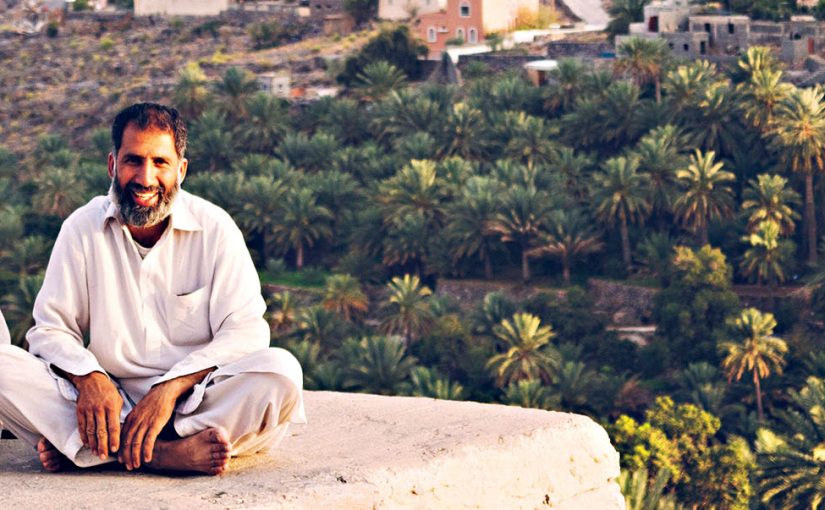 With its blockbuster mountain backdrops, expansive canyons, crystal clear waters and endless ochre deserts, it’s hard to fathom how Oman has continued to remain under the radar. But it’s not just the great outdoors that begs to be explored. Hanging off the eastern tip of the Arabian Peninsula, Oman’s capital Muscat was one of the most important trading ports in the Indian Ocean – a maritime legacy that still colours life in the city today. Muscat’s stately mosques also demand attention; these extravagant edifices are the centrepieces of their community, with no expense spared in their decoration. The towns and cities that freckle the desert plains and mountain peaks – hiding storied adobe forts, rivers of whitewashed houses and time-honoured traditions – invite exploration too. 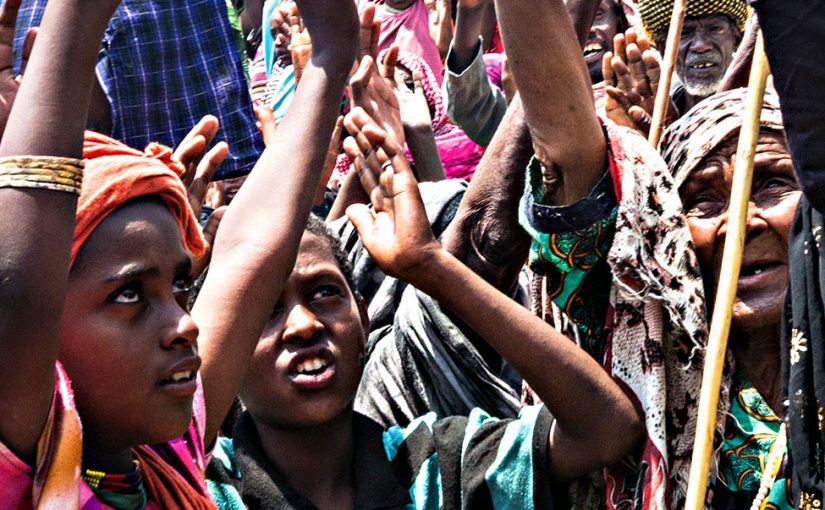 “Sheikh Hussein guides anyone who calls his name.” So says the Arabic inscription atop the Sheikh’s tomb, deep in the Bale Mountains National Park in the Horn of Africa. On two occasions each year tens of thousands of pilgrims – most belonging to Ethiopia’s Oromo ethnic group – flock to this shrine in the remote village of Dirre Sheikh Hussein to celebrate the man they credit with introducing Islam to southern Ethiopia almost a thousand years ago.

Over the course of several days, pilgrims pay homage to the man they revere for performing many miracles. They fall into trances, sing, dance, laugh and cry in fervour and mix prayers to Allah with pre-Islamic rites. According to Sheikh Kadir, the chief of the village and a descendant of Sheikh Hussein, religious fundamentalists who disagree with the blending of ancient local and newer Islamic traditions are a threat to the pilgrims. Some have destroyed the holy tombs of saints in surrounding mountains, but despite their intimidation they have not yet disrupted this celebration. 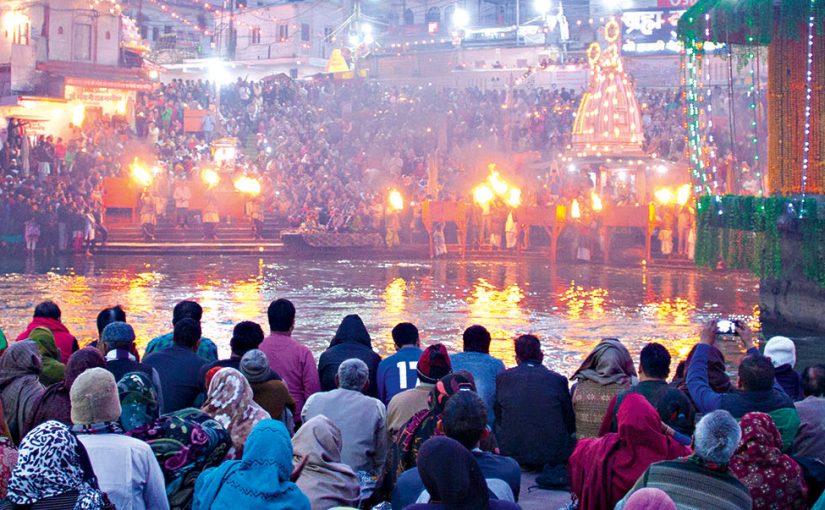 At India’s Kumbh Mela festival up to 120 million devout pilgrims gather to submerge themselves in holy water, in the hope of cleansing sin from their lives. Bigger than the Hajj pilgrimage to Mecca and Glastonbury music festival combined, the event is believed to be the largest of its kind on the planet.

Celebrated four times every 12 years, with an additional ‘half’ festival – the Ardh Kumbh Mela – held every six, the official mass pilgrimage sites rotate between Ujjain, Nasik, Allahabad and Haridwar (pictured), all located on the banks of rivers considered holy or sacred to Hindus. It is in these spots that drops of the nectar of immortality are said to have been spilled by demigods and demons during battle. And in its most simple form, the festival commemorates the victory of good over evil.

The next celebration will take place in Allahabad in 2019. 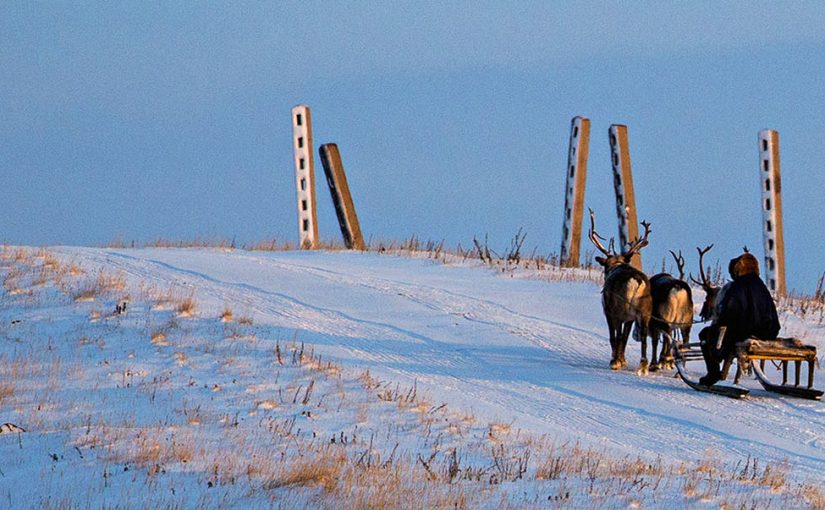 In the cold depths of Russia, 200 kilometres from Salekhard in the Polar Circle, a Nenets girl stands in front of her camp. Snow falls around her and reindeer grunt and bark as the camp prepares to migrate. The Nenets are indigenous people in northern arctic Russia. As of 2010, approximately 45,000 live in the Yamalo-Nenets Autonomous Okrug and Nenets Autonomous Okrug. It’s estimated that around 30 percent of this population are reindeer herders. Nenets are nomadic and are known to migrate up to 1000 kilometres every year, moving the reindeer from summer pastures to the winter pastures south of the Arctic Circle. The environment here isn’t forgiving, and can drop to temperatures of -50 °C. During the migration, they rely on their reindeer herds for meat, handicraft production and transportation.