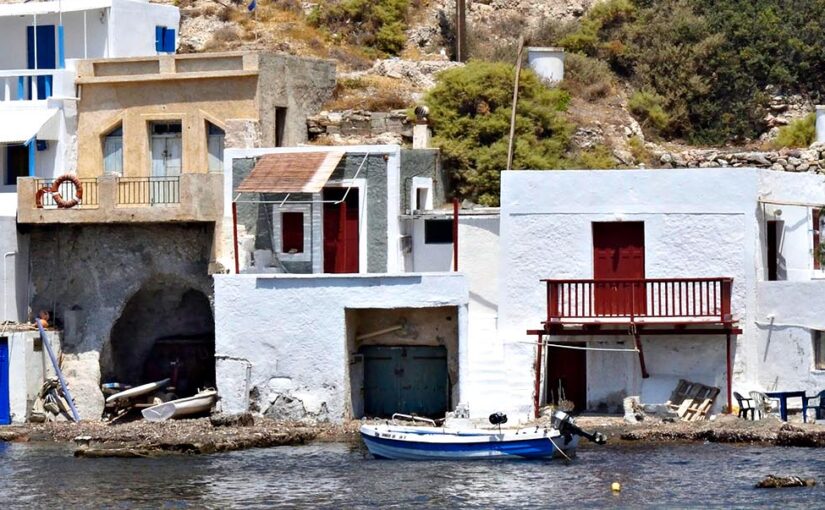 At first glance, Skinopi Lodge could be a mirage. A blip on the horizon of an ancient, rocky landscape with the crystal blue waters of the Aegean in the distance.

Built into the slope above a tiny fishing village on Milos, this is quickly emerging as one of the most exotic and extraordinary islands in all of the Cyclades. The volcanic rocks used to construct the Skinopi turn this place into a modest, unassuming retreat offering absolute privacy and unparalleled cliff-edge tranquillity. Milos is a Greek Island slowly gaining global attention, with its protected archaeological heritage and local coastal settlements of Klima and Mandrakia, where there are unbeatable (and undiscovered) local seafood and restaurants. 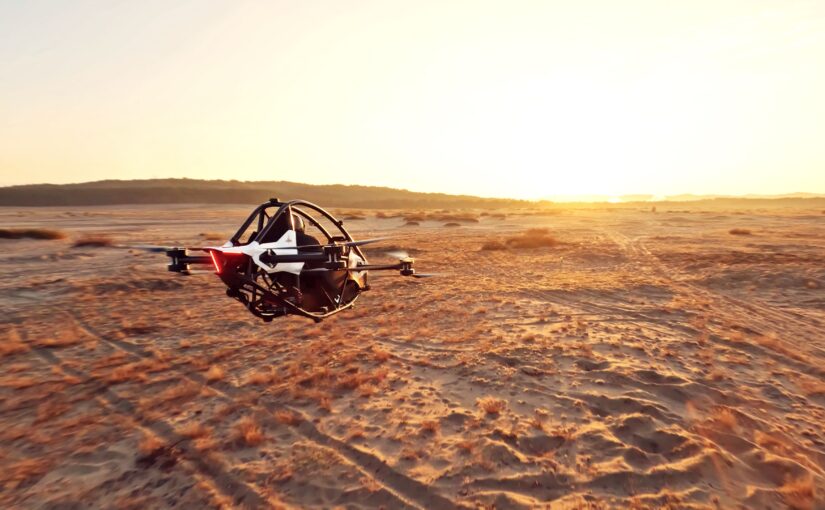 Imagine rocking up to work in your own personal helicopter.

It’s funny to try and imagine the conversation that led to the creation of The Jetson ONE; “Everyone I’ve got it: what about a drone… but we fly it ourselves?” 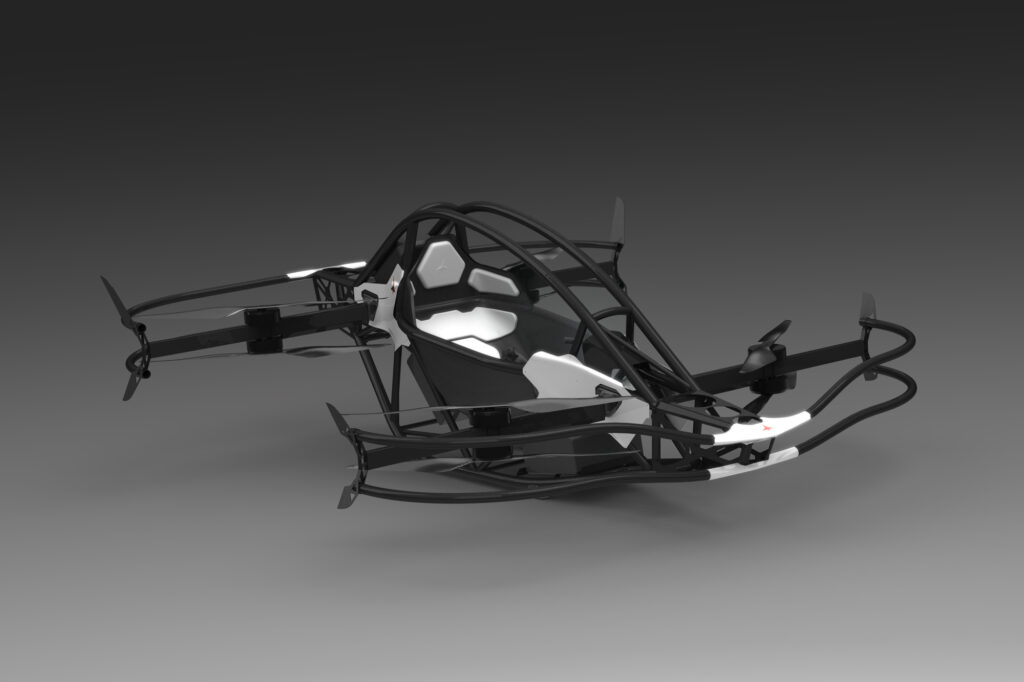 It’s a ludicrous idea, and we absolutely love it. The Jetson ONE is described as a ‘personal electric aerial vehicle’, although the Chief Technical Officer of the Swedish company calls it a ‘personal helicopter’. It’s got a top speed of 101 kilometres per hour, and incredibly, weighs in at just 86 kilograms. This isn’t one of those ‘flying car concepts’ – this is an actual product which you can buy (there are still several buyers wanted for the 2023 intake). Yes, it is a bit of a luxury to have a flying vehicle for shits and giggles, but hey – if we had the money, we’d be snapping one up.

The Jetson ONEs are built in Sweden, but are available the world over. 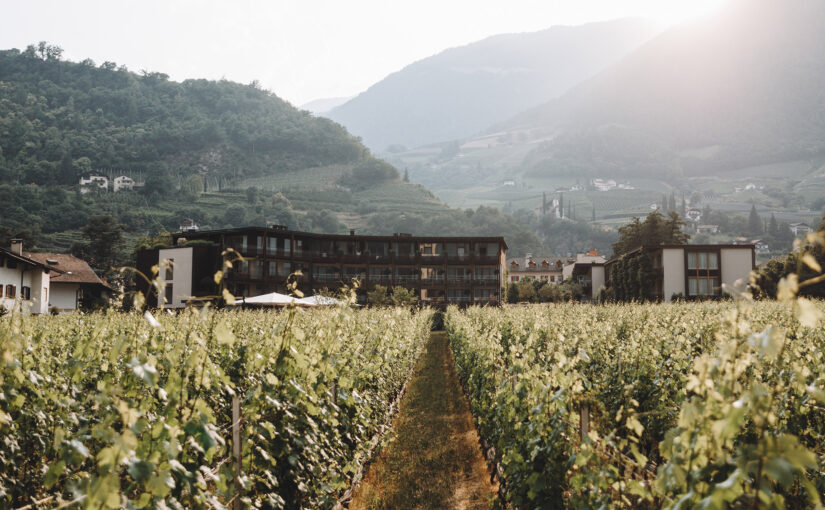 Just when you think Italy can’t get any better, they come along and build somewhere like this.

This is a country that gave has given us so much: pizza, pasta, Ferraris, Andrea Pirlo, the piano, the Amalfi Coast and more – they’ve now given us the Hotel Schwarzschmied. Built in 1981, the Schwarzmied (owing its name to a proximity to the Swiss border) has recently been updated so that it is a match for the stunning location it finds itself in.

Surrounded by a winery, and more broadly by mountains, gorges and hiking spots, some of the hotel itself has been kept from the 1980s, and looks from a distance like a cheap, mildly unattractive hotel that you might find on the outskirts of a city transposed into paradise.

It’s only once you get a bit closer that you reveal the beautiful interiors, the 29-meter outdoor pool, various spas and a Finnish outdoor sauna that you realise this place is pretty special. Its as if the hotel isn’t playing all its cards up front, and there’s an edifying satisfaction in unravelling all this grandeur a little slower.

Which is what the place is all about, really; taking it slow, and easy. 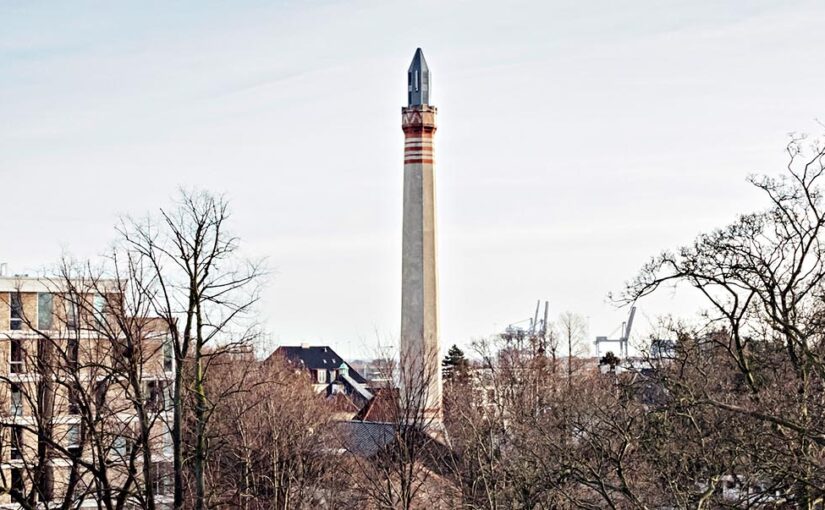 Copenhagen’s chimney house looks less like a house, or a chimney, and more like some sort of 1960s Soviet rocket-ship, if rocket-ships were made out of brick.

The interior of the Chimney House is nothing short of exquisite, with futuristic Scandinavian furniture, an epic staircase and wall to floor windows with stunning views over Copenhagen. 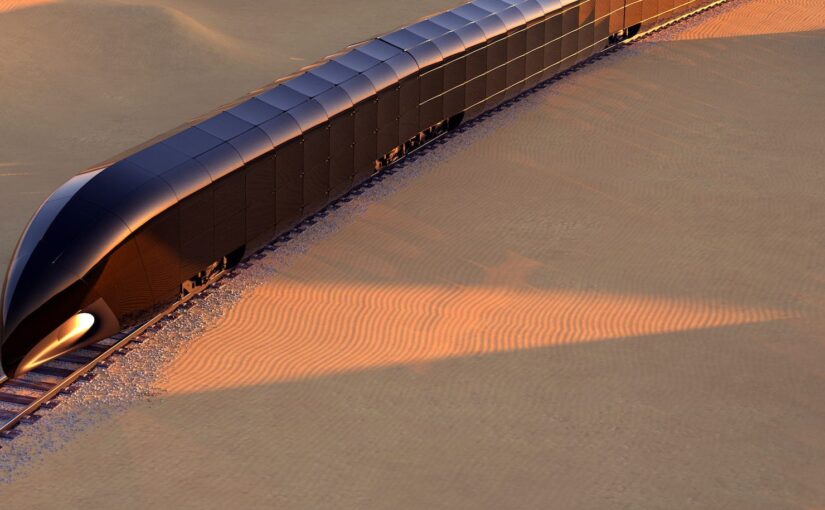 Toot Toot! All aboard the G-Train!

No, we’re not talking about the famous footballer, get lost is referring to Frenchman Thierry Gaugain’s extraordinary concept, which is being called the ‘Palace on Wheels’ – a kind of modern take on the world famous Orient Express.

Gaugain is a super-yacht designer, and he is now bringing that level of luxury to tracks. The train will feature sleeping space for 18 guests, a party carriage, and several carriages with all-glass exteriors (we hope they don’t go through any rough neighbourhoods).

The thing that is amazing about the G-Train is that it is being sold as a private train – imagine owning your own train!

Gaugain is looking for buyers – so if you’ve got a cool AU $486 million to spare, get in touch. 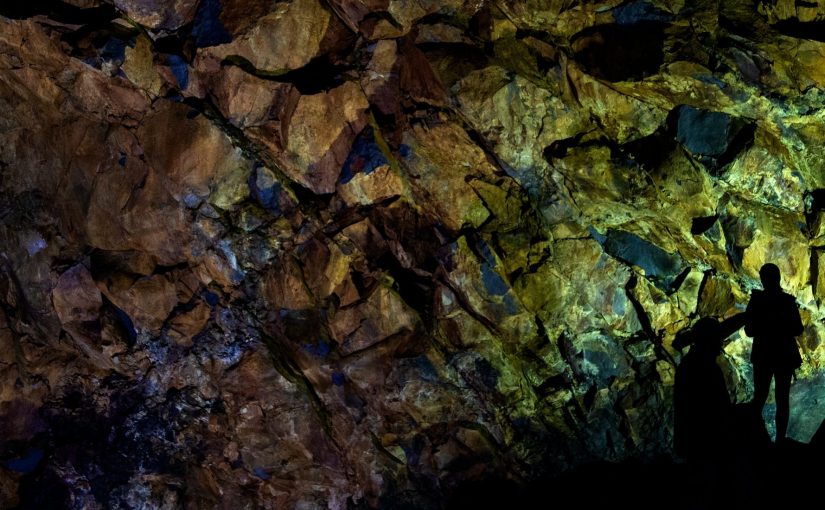 Some countries have a couple of beautiful natural attractions and then you have Iceland, which seems to have one around every corner. The best thing is that the extraordinary Nordic country last week threw open its doors to travellers, meaning we can all take in these unbelievable experiences once again.

Iceland experiences frequent volcanic activity, due to its location both on the Mid-Atlantic Ridge. One of these is Thrihnukagigur, which last erupted around 4,000 years ago. Phewph! Wipe the sweat from your brow – that was a close one.

The underground volcano was only discovered in 1974, and has only more recently been open for travellers to walk/scale down its depths.

Harnessed in though you are, travelling  120 metres down a colourful magma chamber is as much epic as it is disconcerting. It is not the height or the crazily coloured rock formations that are lit up from a man-made lighting system that is most striking, but the sheer depth of the cavern that exists on the inside – big enough easily fit the Statue of Liberty inside. If you’ve ever felt slightly insignificant when looking at the size of the Indian Ocean, Thrihnukagigur will give you the same feeling.

Perhaps most unnerving is when guides turn the lights – all of them – off, to leave you a hundred or so metres deep inside a volcano without any shred of light.

*Editor’s note: Although get lost have been to this site, we are still none the wiser on how to pronounce Thrihnukagigur. Best to consult an Icelander here. 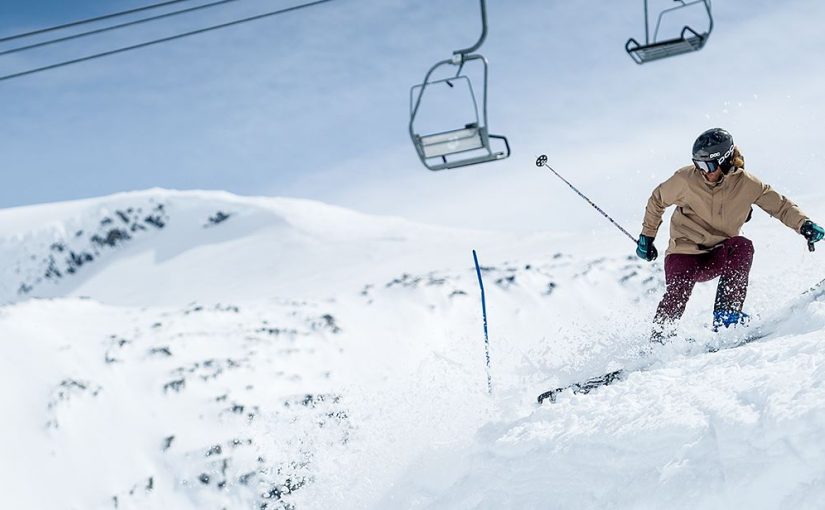 Skiing in the middle of summer? No problem, if you’re in Norway.

And while most think of snow and northern lights when it comes to Norway, its a great place to be at anytime of the year, not least the warmer months. The Nordic country recently announced it was re-opening its borders to the rest of the world too, just in time for the European summer.

Stryn is a municipality in central-west Norway, blessed with majestic mountains and typically dramatic Norwegian fjords. Take the unbelievably epic Loen Skylift up to the top of Mt. Hoven, a five minute trip which is surely the best way to spend five minutes outside of a bed or a disco.

From there, fly down the slopes to your hearts content – with the sun not setting until around 11.30pm, there’s plenty of time to make the most of the 12km of lightly-dusted groomers. 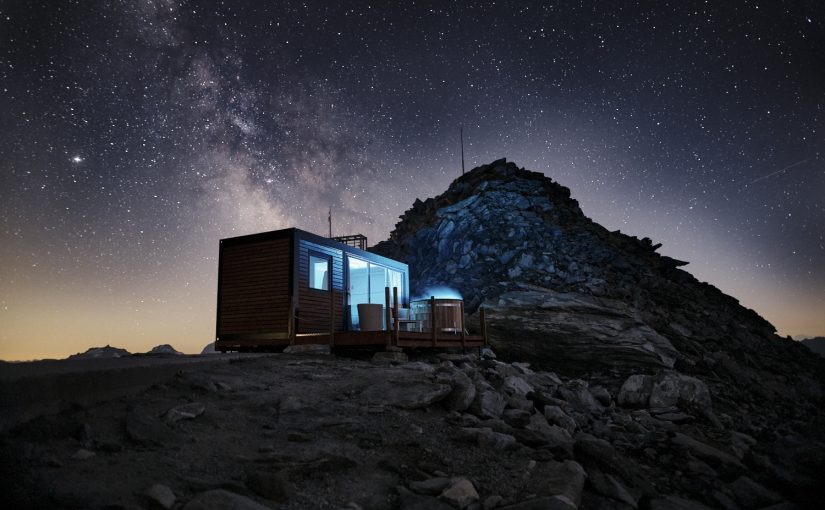 Cube Aletsch bills itself as a ‘million star hotel’, and both points  are fairly straight to the point: It is a cube, and the million stars it refers to are in the sky, rather than referring to thread count (even if there is a hot tub).

The cube is 2,800 metres in the air, so you’re pretty close to the stars it refers to. This height also gives you breathtaking views of mountains (in true Swiss style) and the famous Aletsch Glacier from which it derives its name.

Watching the sun snake it’s way from the gigantic valley below up the surrounding mountains, from the timber patio, with a bottle of wine and probably some Swiss cheese for good measure, is as good as travelling gets.

The cube itself is a humbly furnished living container, but that’s all it needs to be, with access via a cable car. The Aletsch Glacier is one of Switzerland’s most beautiful (which is saying something in a country full of epic mountains) but it’s losing ice at a rapid rate, with scientists predicting it will have vanished by the year 2100, so see it now before it diminishes. 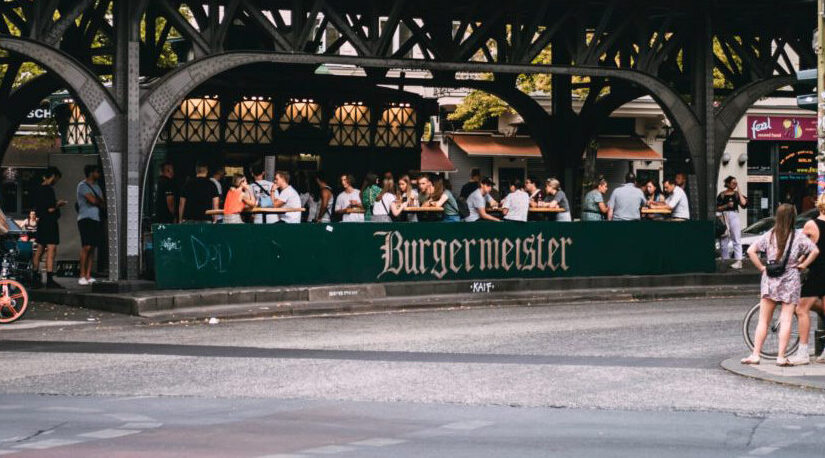 When you exit the U-Bahn at Schlesisches Tor station, in Berlin’s uber-cool Kreuzberg area (they’re all uber-cool, right?) and walk across the road, you will find a fairly elementary looking public toilet.

And if it is between the hours of 11am and midnight, any day of the week, you will find a queue of around 50 people lining up at this public toilet.

No, the people of Kreuzberg are not particularly weak-bladdered people, nor is this some sort of secret Berlin nightclub (the latter easily the more likely of the two).

This is Burgermeister, an institution for travellers and Berliners alike since 2006. And I shit you not: The best burger I have ever (and I mean ever) eaten came from this toilet.

According to the original Burgermeister-er, he found the toilet in 2003, disused for several decades, and saw something special in it. I can genuinely say I have never felt the same way about a loo, but then this is why I am an ordinary man, and not the burger magician that the Burgermeister-er is.

This is no gimmick: the long lines are not there purely to capitalise on some sort of deliberately perverse tourism opportunity, to say that they ordered a burger from a toilet. They are there because the burgers are god-damn delicious.

The toilet people make their own buns, make their own meat patties, and produce their own fries – all fresh. This is unusual in itself for a fast-food restaurant, a trait they clearly aren’t scared of.

After a particularly big couple of nights that may well have been a week, a friend and I queued at Burgermeister for what seemed like another week, looking for sustenance and keen to see if this famous burger was worth the hype.

Long story short: it was. 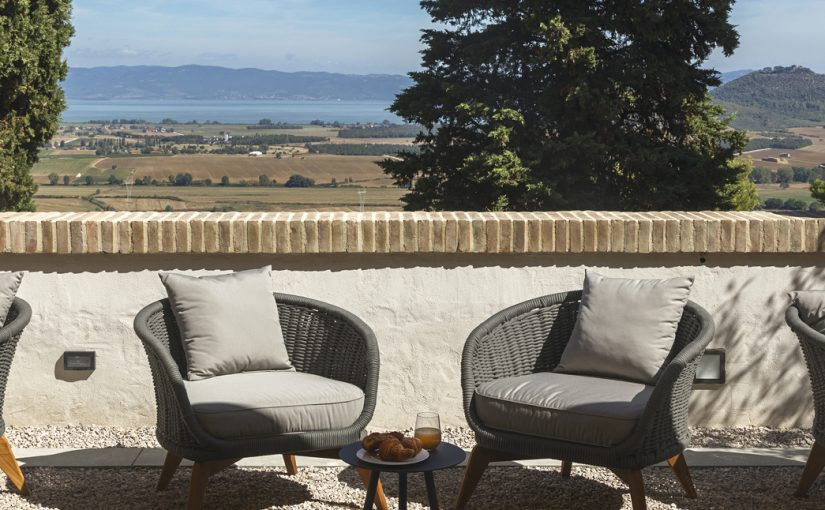 In the 700 years between the 14th century and now, a fair bit has taken place in Italy: the birth of Leonardo Da Vinci, the invention of the piano, the unification of the country and four soccer world cups, to name a few.

But stepping into Rastrello Boutique Hotel is like stepping 700 years back in time before all that took place, just with modern comforts of 2021.

The hotel is based in Umbria, central Italy – not far from Tuscany. Olive trees fill the fields and line the roads, making for a very Italian scene on the approach and as you look out from your balcony.

Rastrello is a palazzo restored with a lot of care, so much so that the old stone walls will make you feel like a King or Queen that you are…